I'm super excited because my Stapelia gigantea is finally blooming. I’ve had it for three years and have overwintered it outside without ill effects. I don’t know why it didn’t bloom before but I assume it has to be a certain size. Take a look at this beauty! 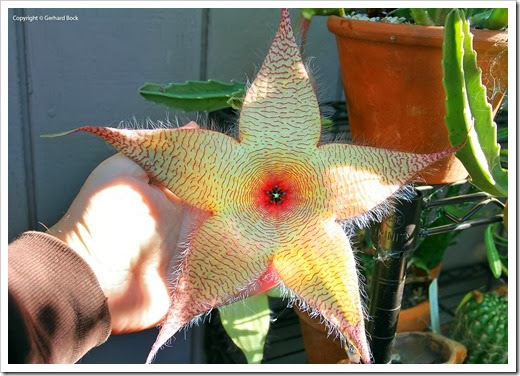 But let’s rewind a bit. I first noticed three weeks ago that flowers were forming: 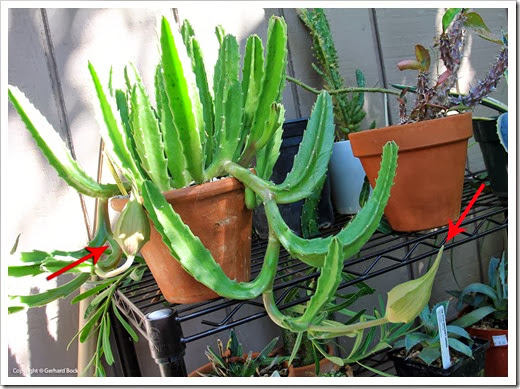 Once they got going, they were growing quite quickly: 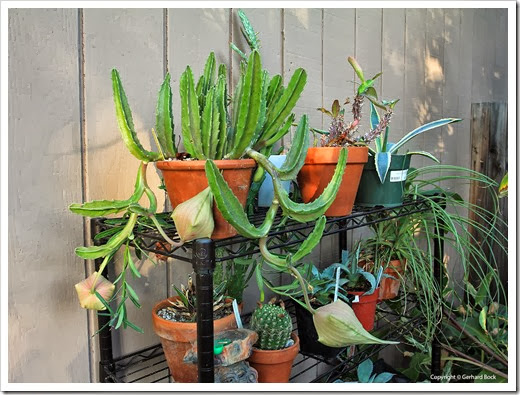 The closed flowers do look alien. You know there’s something inside, but you don’t quite know what it could be. I was thinking of Invasion of the Body Snatchers. 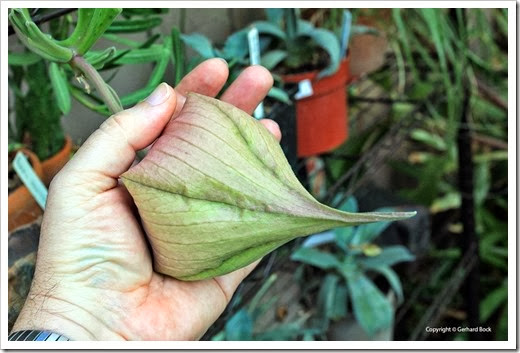 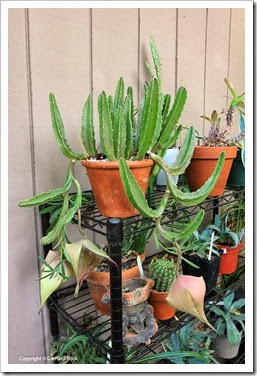 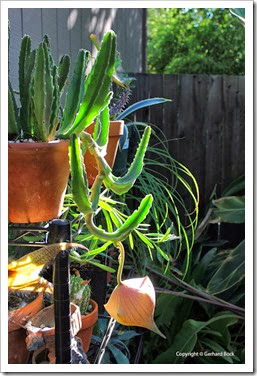 Yesterday afternoon I noticed that two of the three flowers were beginning to open up. 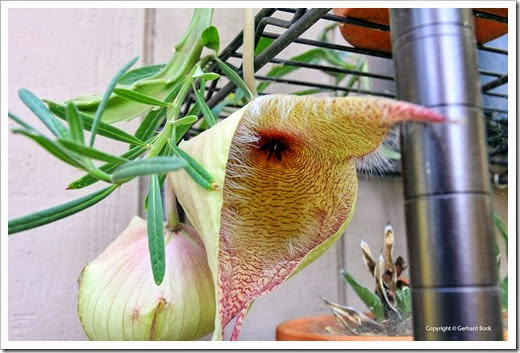 This morning they were fully open… 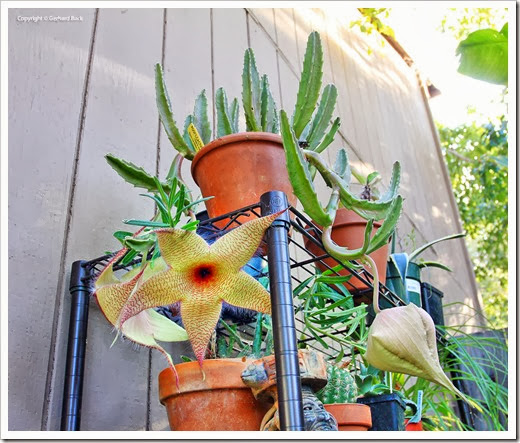 …revealing flowers of otherworldly beauty. This one is almost 10” in diameter. 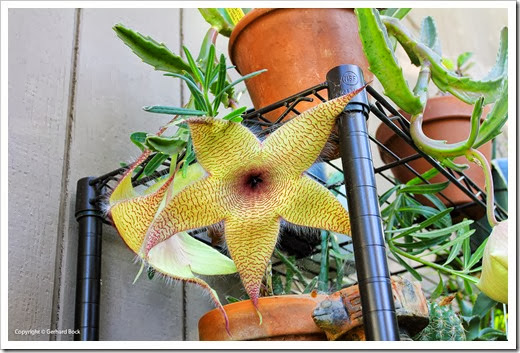 You can see why Stapelia gigantea is sometimes called “starfish flower.” 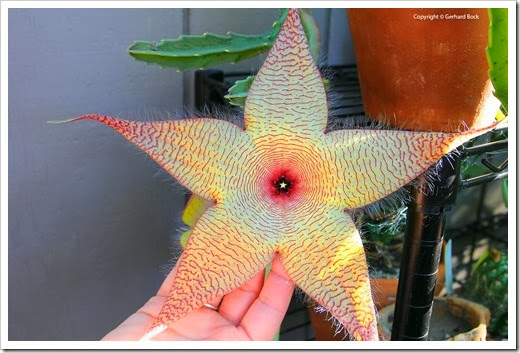 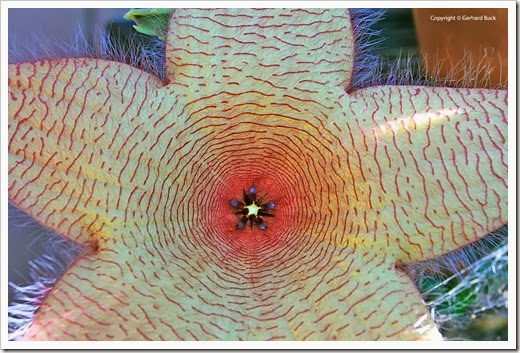 …while from behind the flower reminds me of a lenten rose (hellebore). 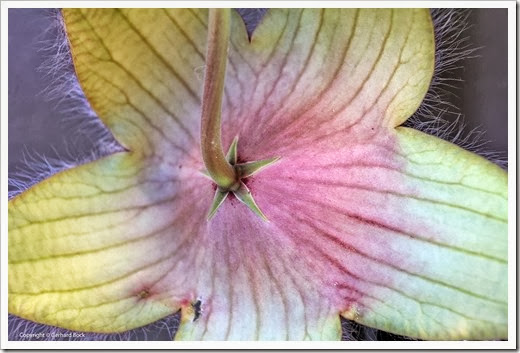 And then there are the hairs. 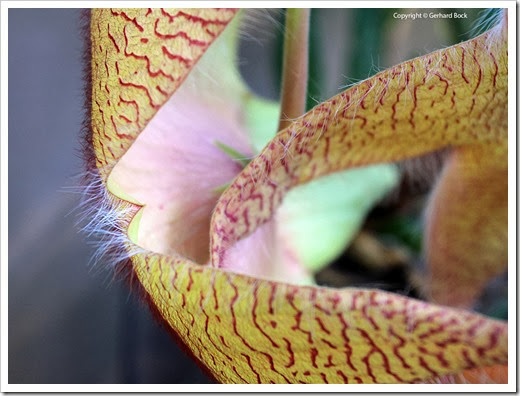 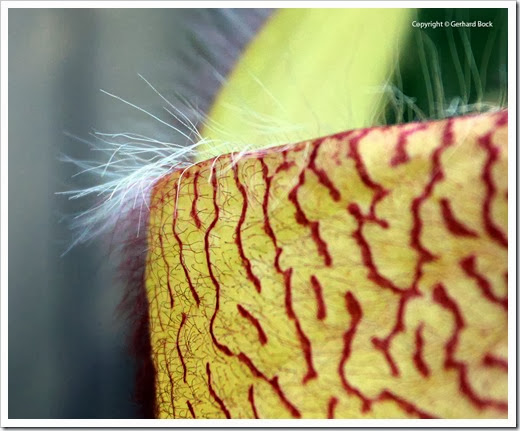 I think it’s those hairs that make people recoil when they first see these flowers (at least that’s how my wife and kids reacted). 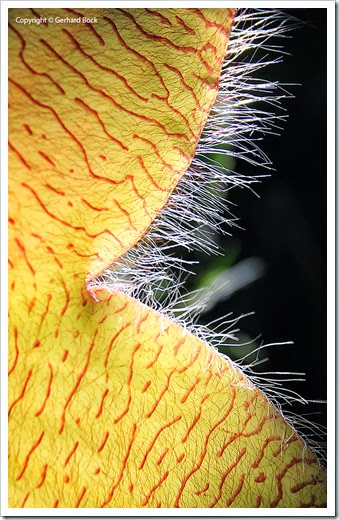 As for me, I find the flowers very attractive even though they’re not brightly colored. The hairs and soft and fuzzy. I love touching them, much like lamb’s ears. 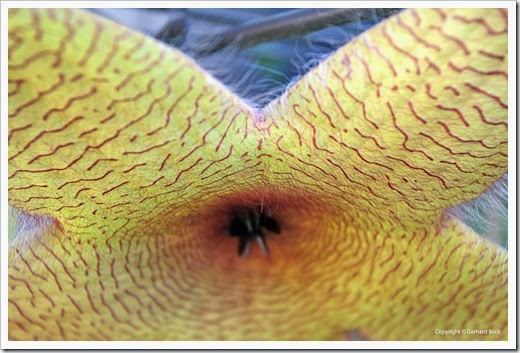 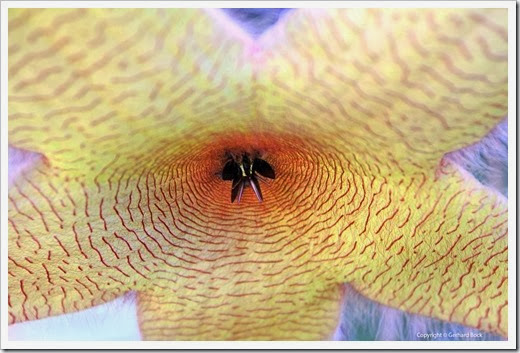 In fact, I think the stems are beautiful, too: 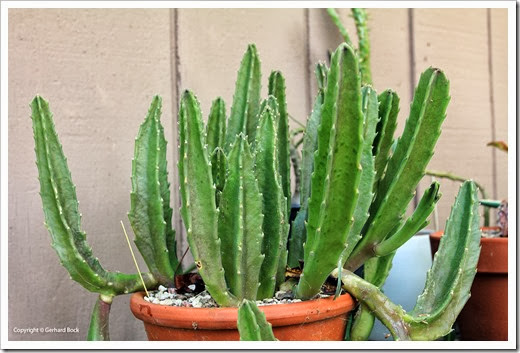 As for that famous smell that gives Stapelia gigantea its other common name, carrion flower, I was surprised by how mild it is. In fact, this morning when the temperature was in the mid 50s, I barely detected any smell. Now, at 1pm, it’s definitely a bit stronger up close but it’s still nothing like the titan arum (Amorphophallus titanum) I saw in bloom at UC Davis a few years ago.

Stapelia gigantea is native to southeastern Africa. It forms large clumps up to 6 ft. across. In cultivation, it’s rated as a zone 9a plant, which would make it hardy to approx. 20°F.

As you can see in the photos above, my specimen is in a pot on top of a rack so the flowers can hang down. This is the only way I’ve seen it in cultivation. I’m thinking of rooting a few cuttings and planting them out. That way I wouldn’t have to worry about the flowers breaking off under their own weight.

There you have it, another bizarre plant from my collection.