Located in the small town of Sebastopol in Sonoma County, about an hour north of San Francisco, Peacock Horticultural Nursery is a treasure that deserves to be more widely known. Although it’s been a while since my last visit, I try to stop there whenever I can on my way to the coast (Bodega Bay is only 20 minutes from Sebastopol).

On Sunday I found myself in Sebastopol for ARTrails, an open studio tour organized by the Arts Council of Sonoma County. But before we even went to the first open studio, we dropped by Peacock Horticultural Nursery to do some exploring.

The nursery is owned and run by Robert Peacock. It won’t take you long to realize that this is anything but a conventional nursery. Robert is a plant nut, and while he is in the business of selling plants, it’s quite obvious he also collects them. The property is a couple of acres, if I had to make a guess, and not only encompasses the nursery but also the house where Robert lives. In fact, walking the meandering paths, most of them shaded by tall trees, is more like visiting somebody’s garden than a commercial business—with one major difference: most of the plants are in nursery pots instead of in the ground, and they are available for purchase. 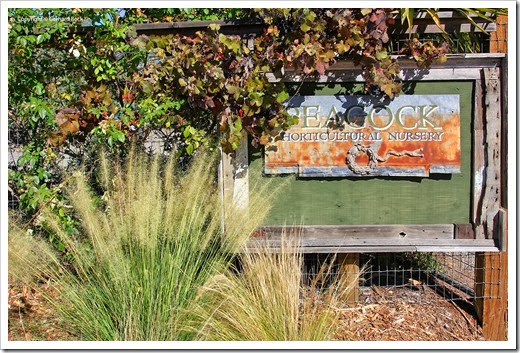 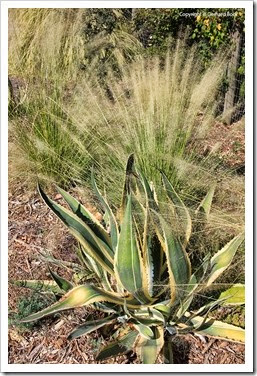 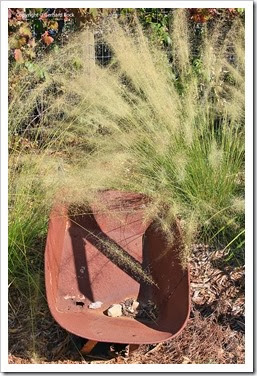 Originally I was going to do just one post about my visit to Peacock Horticultural Nursery, but when I transferred my photos to my computer, I realized that I’d taken 128 pictures. Even after ruthless editing I still ended up with 50+ photos I wanted to share—too many for one post.

This post focuses on the plants near the entrance and the succulents, most which are to left of the white barn (see next photo). Part 2 takes you to some other areas of the nursery, including the shady “front yard.”

This is what you see as you arrive. The small parking area is to the left of the barn. 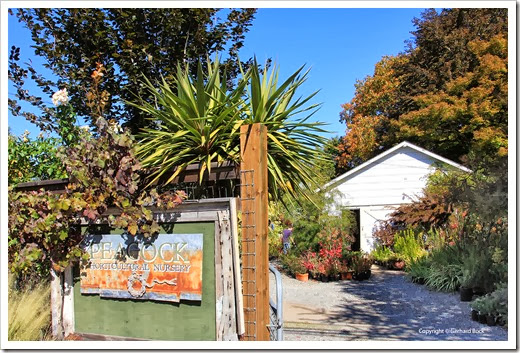 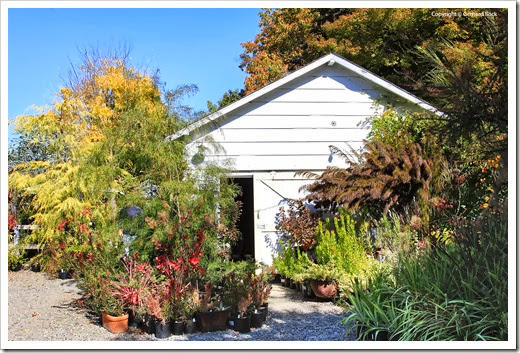 I was immediately drawn to the pops of red visible here and there. A wealth of tempting plants… 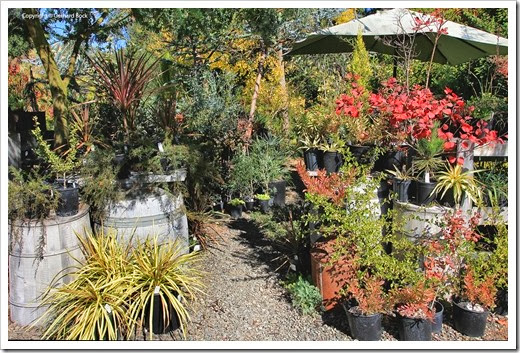 …right at the entrance 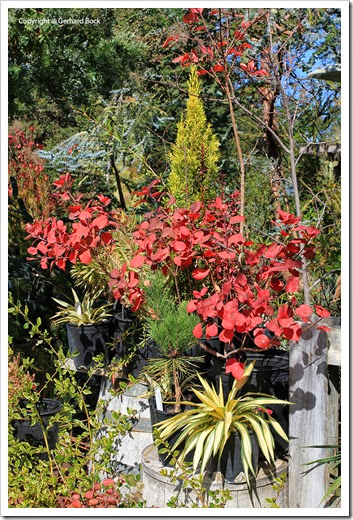 A lot of the red came from Leucadendron × ‘Jester’. I wrote about this cultivar last fall and this summer (click here). After a long search, I finally found a specimen at Ruth Bancroft Garden’s spring plant sale. Now it seems that ‘Jester’ is finally becoming more widely available. I saw at least a dozen 2-gallon plants at Peacock Horticultural Nursery. 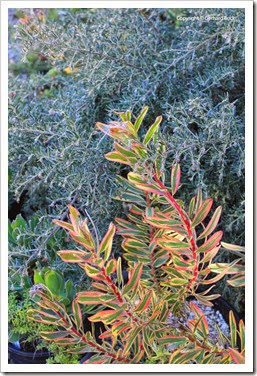 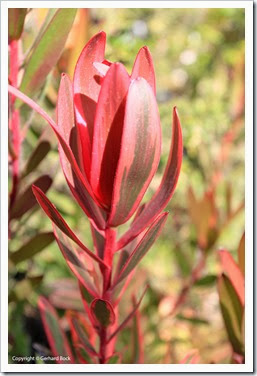 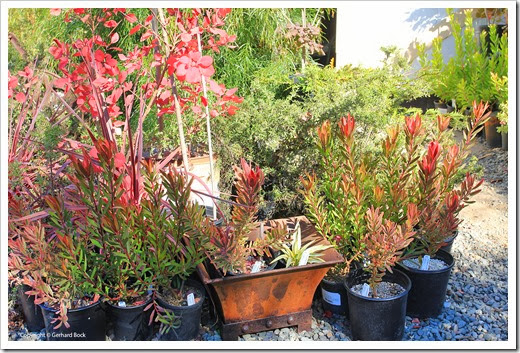 My favorite area of the nursery is immediately to the left of the barn. That’s where the succulents are. Robert always has a good selection, including cultivars that have only recently become available. For example, I saw Agave sebastiana ‘Silver Lining’,  Agave potatorum ‘Snowfall’ and Agave parrasana ‘Fireball’, all cultivars I’d only read about. Both ‘Snowfall’ and ‘Fireball’ were stunning. If they’d been available in 1-gallon size, I would have picked them up. The larger specimens were above my budget. 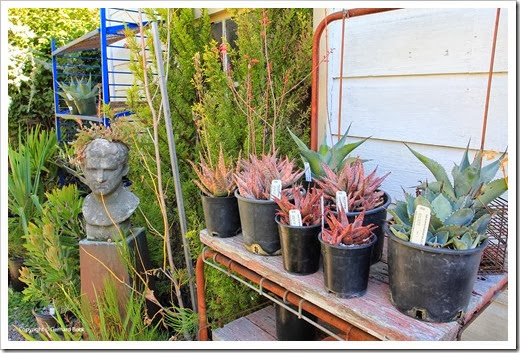 The aloes on the table are ‘Christmas Carol’ and ‘Coral Edge’. The agaves are Agave sebastiana ‘Silver Lining’ (left) and Agave parryi var. huachucensis (right). 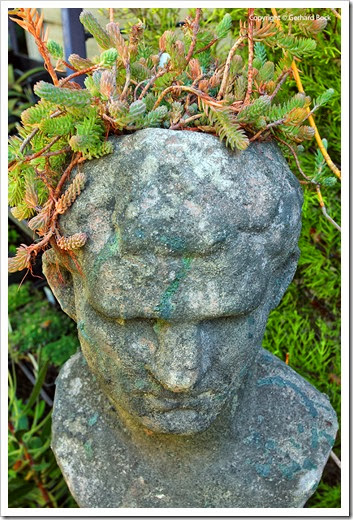 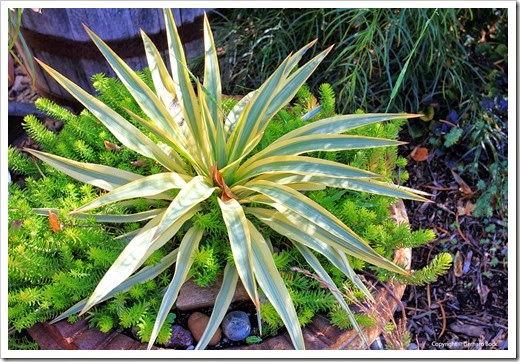 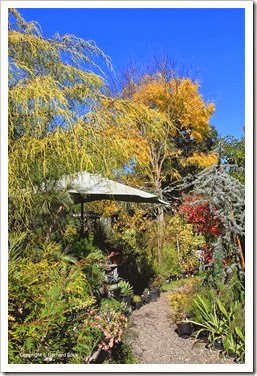 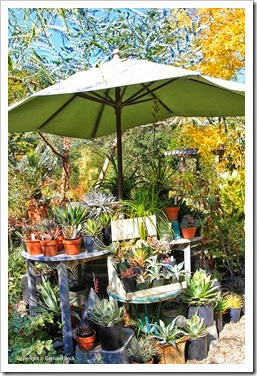 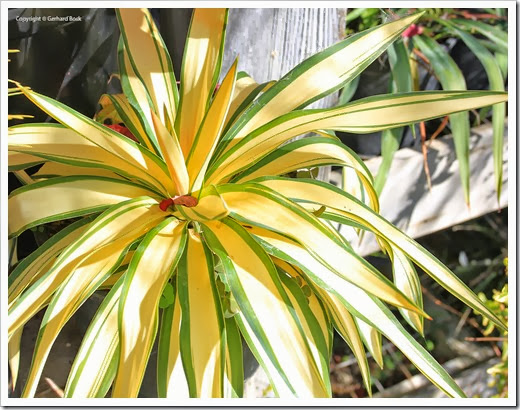 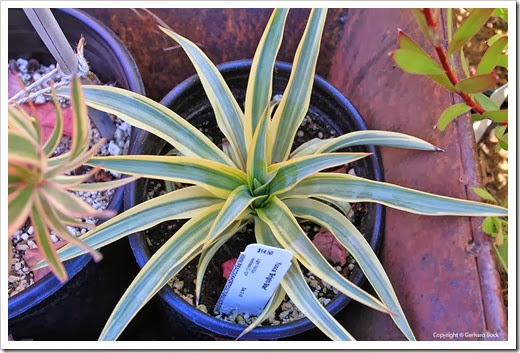 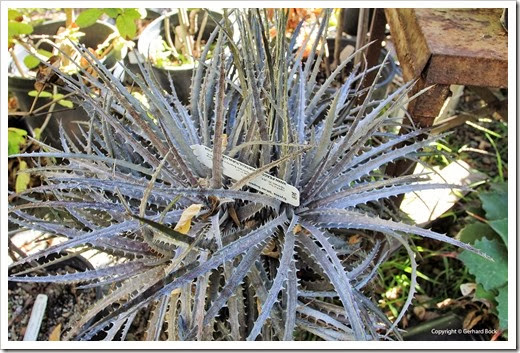 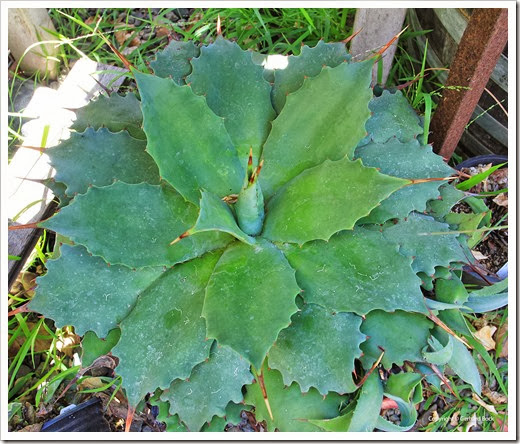 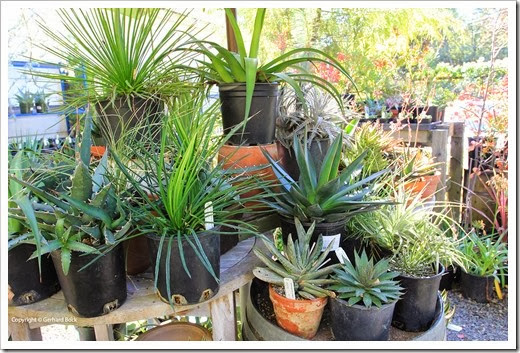 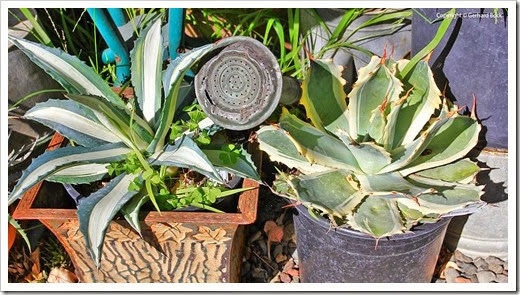 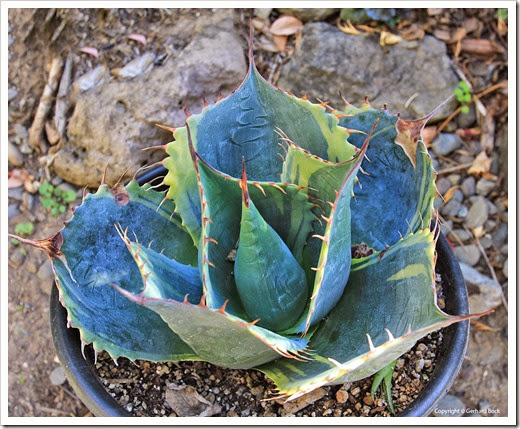 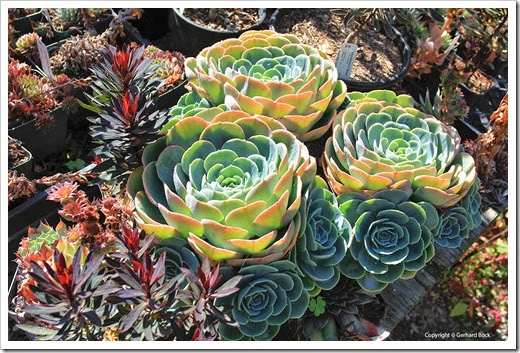 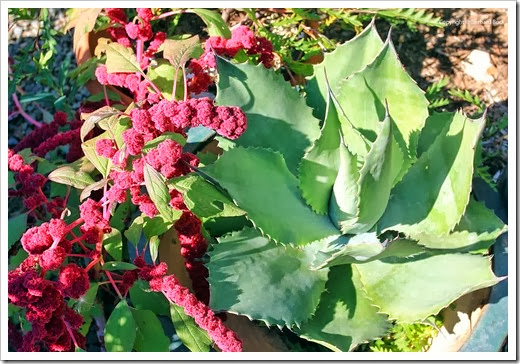 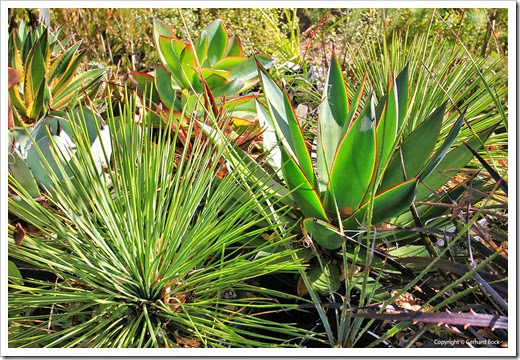 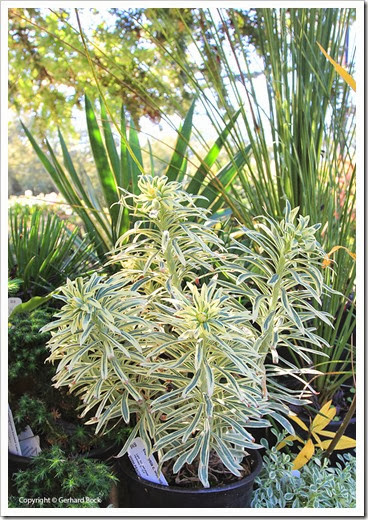 Have I whetted your appetite? Then click here to read part 2.