Along the far side of our driveway is a planting bed that separates our property from our neighbor’s. Over the course of the 16 years we’ve lived here, it’s been home to shrubs, then perennials and, since 2009, succulents. 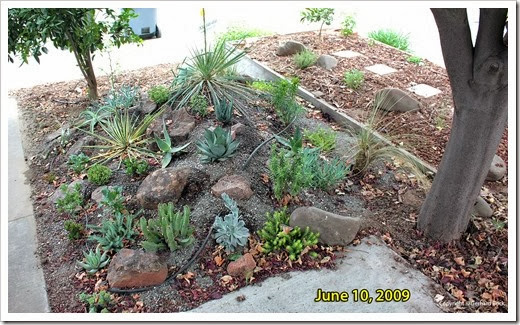 The succulents were fairly successful. However, shade cast by the cherry plum tree—and copious leaf litter that seemed to accumulate there year round—had a negative impact on the health of these succulents.

Take a look at the next photo, taken in January of 2011. Most of the groundcovers I had planted along the edge—sedums and crassulas, mostly—were starting to drown in leaves. I was never as religious about cleaning them out as I should have been so by 2013 most of these low-growing plants had choked.

After we had the cherry plum tree removed last month, this bed received a lot more sunshine and some of the succulents sustained leaf burn. The overall look of this area just wasn’t great. Since I was going to plant a new tree anyway (see this post), I decided to remove most of the plantings and start from scratch. 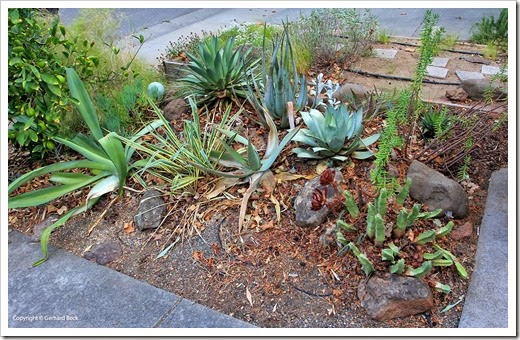 Before we get to the “after” pictures, let’s walk around the bed and take a look at the “before.” 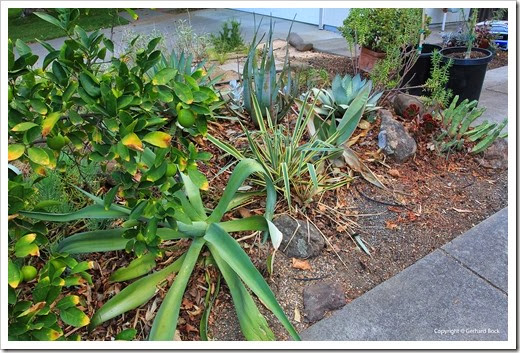 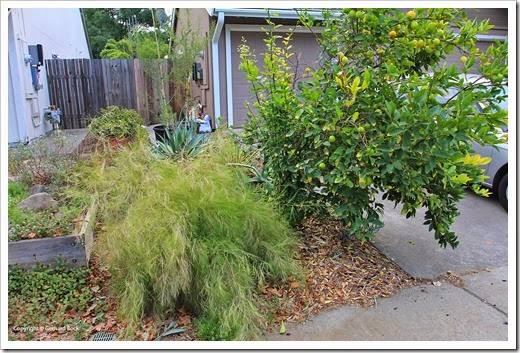 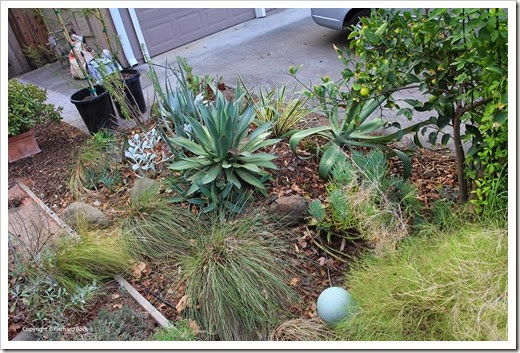 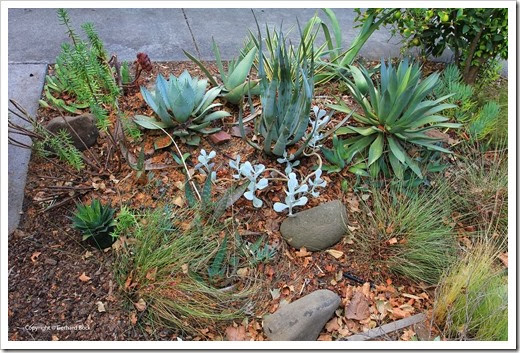 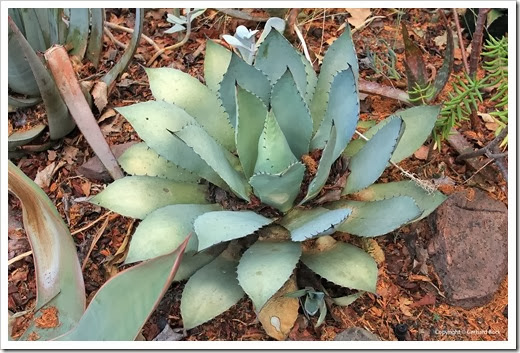 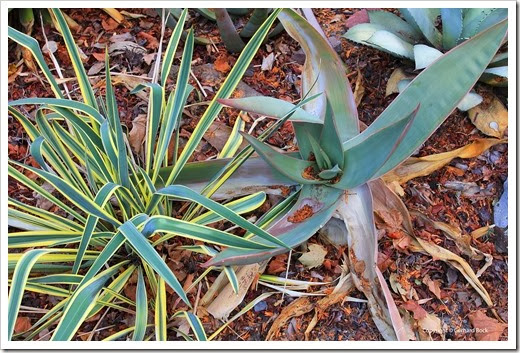 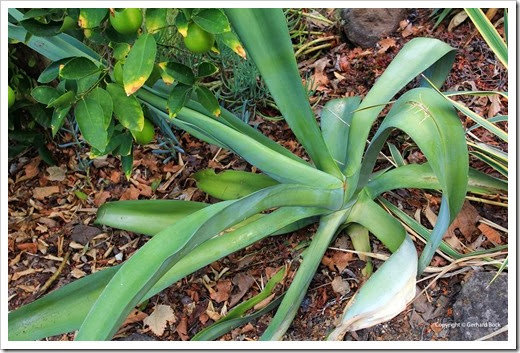 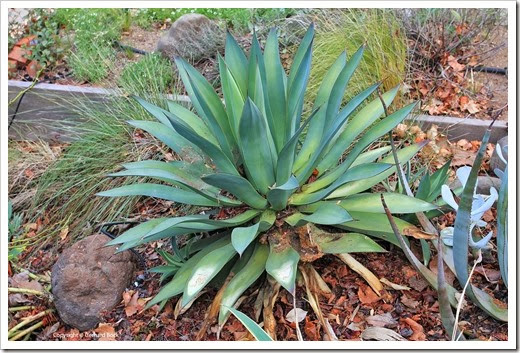 The plants I removed went to friends where I’m sure they’ll thrive.

Now take a look at what the driveway succulent bed looks like after the renovation. 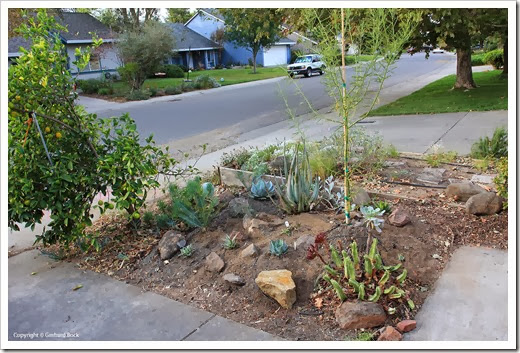 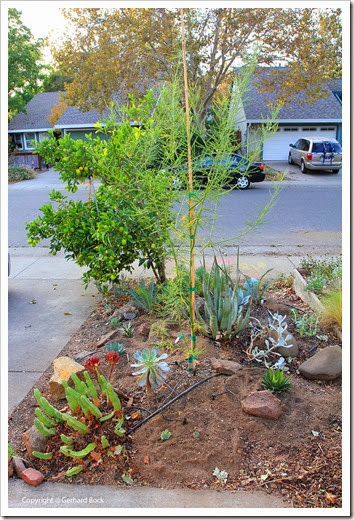 But a closer look shows that very few of the old plants have remained. All I kept were the Euphorbia resinifera and the Aeonium arboreum ‘Atropurpureum’ in the lower right as well as the Aloe cryptopoda and Cotyledon orbilucata on top of the mound. The rest of the plants are new. 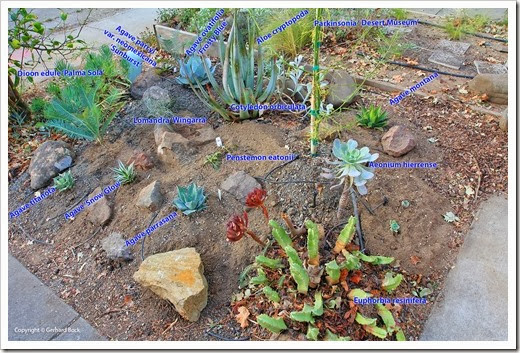 Some of the “new” plants have been in my collection for a while, others are recent purchases, and one—the whale’s tongue agave (Agave ovatifolia ‘Frosty Blue’)—is a transplant from the planting strip outside the front yard fence.

While I wanted to plant as many agaves as possible, seeing how they are my favorite group of succulents, I was careful not to go overboard. To balance things out, I added plants with different textures—such as two cycads from Mexico (Dioon edule ‘Palma Sola’), a penstemon, an Australian grass (Lomandra ‘Wingarra’), a handful of rock purslane cuttings (Cistanthe grandiflora, formerly Calandrinia spectabilis) towards the back, and even a shrub (Caesalpinia pulcherrima). Since the plants are still small, it takes a certain amount of imagination to visualize what this area might look like in a few years, but I think it will be stunning. And since the palo verde only has the tiniest of leaves, the amount of leaf litter will be much reduced. 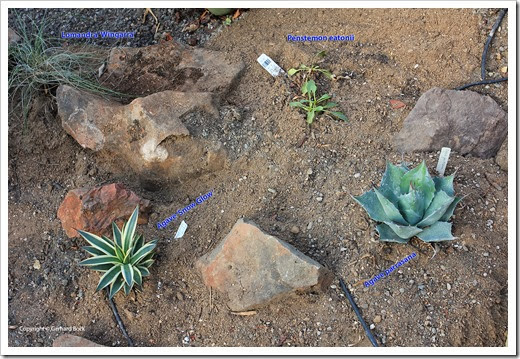 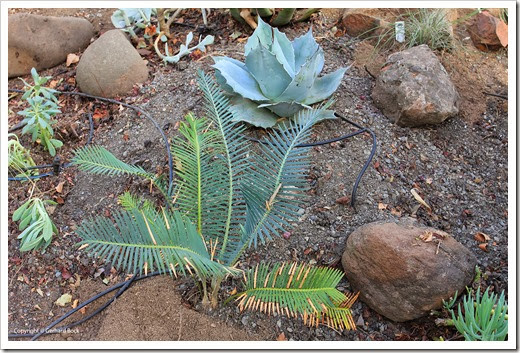 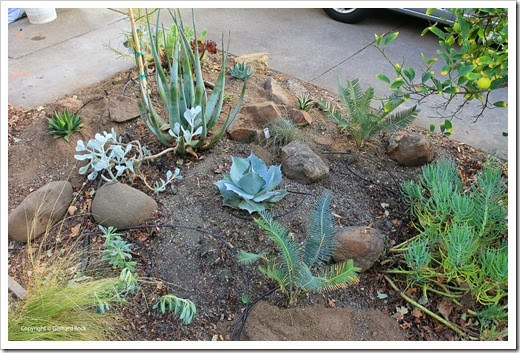 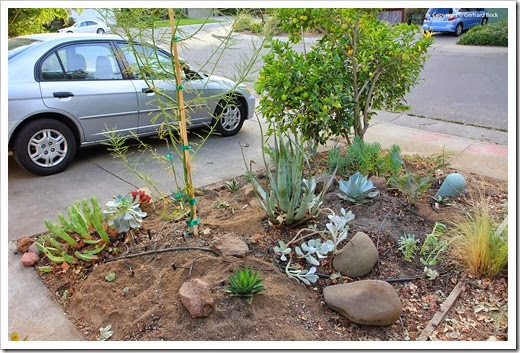 Here are the some of my favorites: 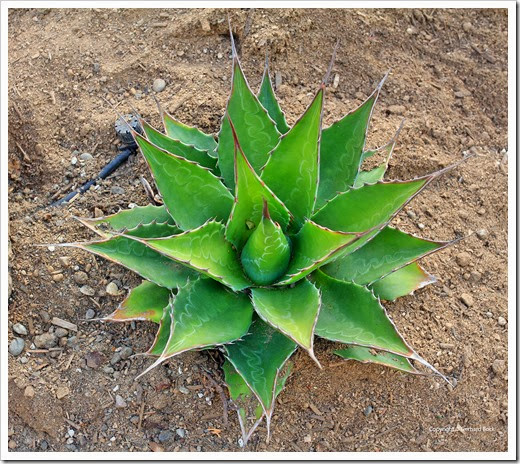 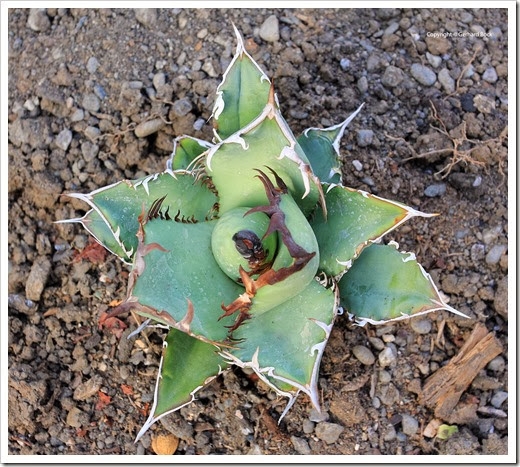 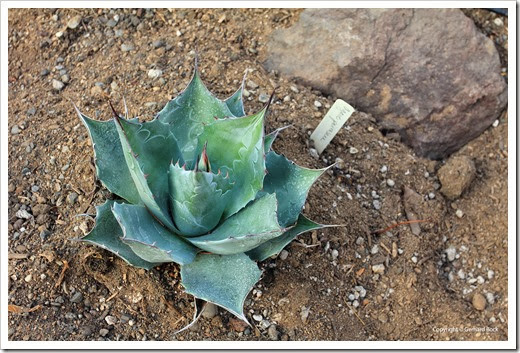 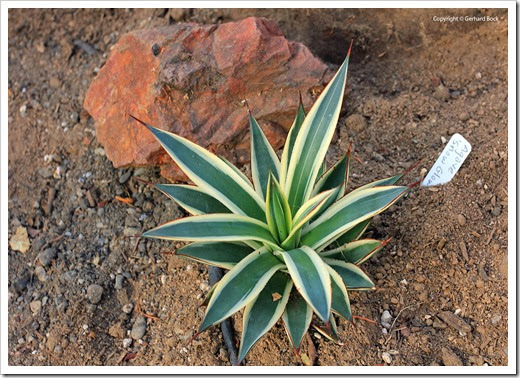 Here’s what the bed looks like towards the front, behind the lime tree: 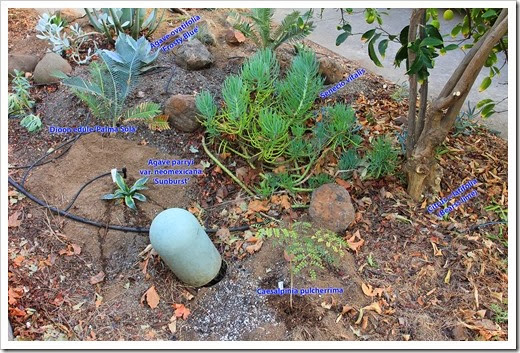 Years ago I bought a variegated New Mexico agave (Agave parryi subsp. neomexicana ‘Sunburst’) from High Country Gardens. I don’t know why, but this agave never thrived. Maybe it didn’t like being in a pot, or maybe it was in too much shade most of the time. I decided to plant it here to give it one last shot. 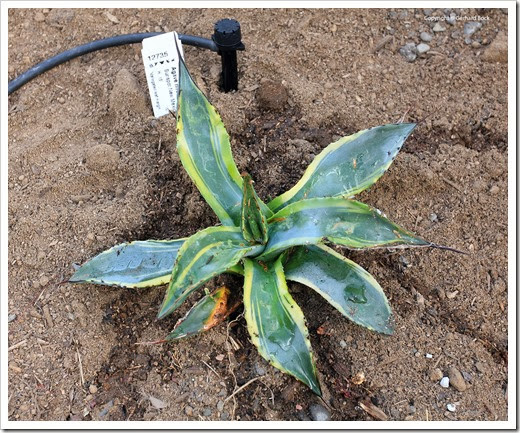 If you wonder why, take at the next photo. It’s of a much larger specimen of ‘Sunburst’ which I saw at B&B Cactus Farm in Tucson, AZ last summer. Doesn’t it look fantastic? 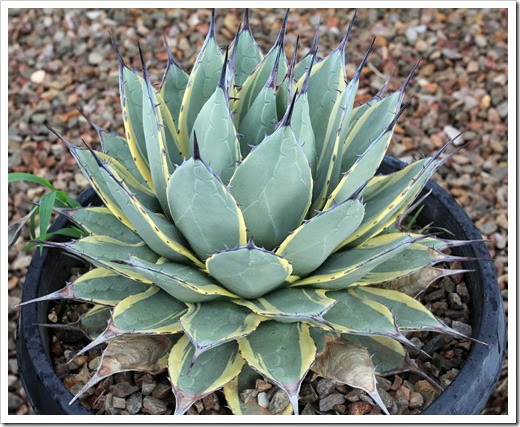 Since I want to avoid a repeat of what happened to the Agave guadalajarana I bought at Succulent Garden two weekends ago, I’m giving the agaves time to acclimate to the sun. Creative use of an old T-shirt, wouldn’t you say? I give them a bit more sun every day, and by the end of the week they’ll be in the sun full-time. 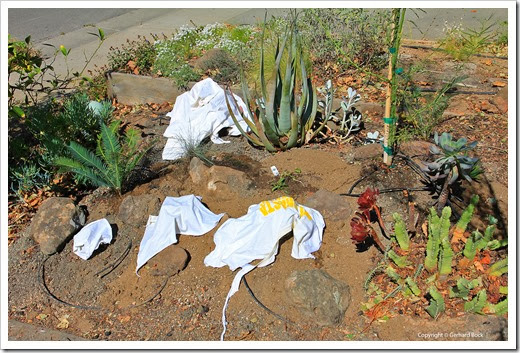 I’m very happy with how this bed has turned out, but I’m not finished. In the weeks to come, I’ll add more soil along the edges so I can plant an echeveria border. I'll also bring in some larger rocks and eventually I’ll add a layer of rock mulch. Then this bed will be ready for winter!