Yesterday I talked about the Salvia mexicana ‘Limelight’ which is contributing a nice pop of color along the front yard fence. You’ll see it again in some of the photos below. But the focus today is on the potted plants on top of that fence. Most of them are cacti, with a couple of beaked yuccas (Yucca rostrata) and a desert rose (Adenium obesum) thrown in for good measure.

The first container I put there is this large but shallow bowl. I contains three different varies of claret cup cactus (Echinocereus triglochidiatus) as well as a miniature agave (Agave toumeyana var. bella). 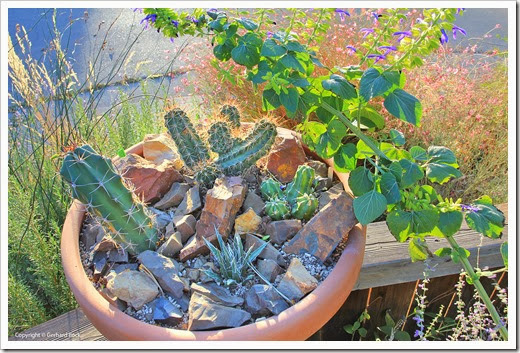 The original reason I chose this location is that in the summer it gets full sun for 6+ hours—just what these desert dwellers want for healthy growth. It may sound ironic, considering we have 267 sunny days a year, but our property doesn’t have enough sunny spots. As a consequence, many of my potted succulents don’t get as much sun as they would ideally like. That’s usually not a problem for agaves and other leaf succulents, but many cacti just don’t thrive in the shade. 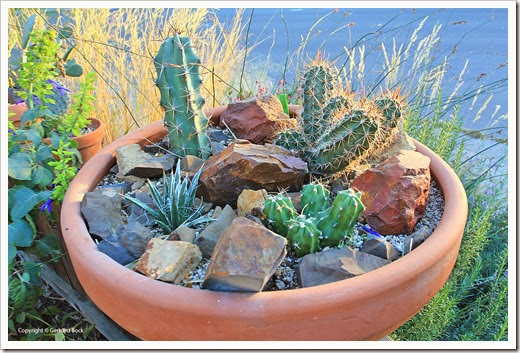 I’m very happy with how this bowl turned out, and the claret cups have had quite a growth spurt this year. I’m not sure they’re big enough to flower yet, but I’m keeping my fingers crossed. 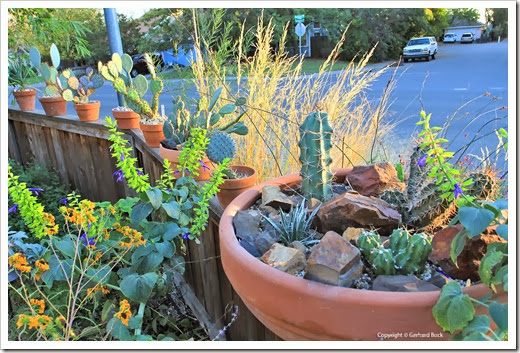 Over the course of the summer I’ve put other potted succulents on top of the fence. Personally, I think they look good there. An added plus is the fact that I don’t accidentally brush up against them any longer, like I sometimes did when they were at ground level.

As many of you know from firsthand experience, an encounter with a prickly pear is anything but pleasant. Those tiny glochids are almost invisible to the naked eye—definitely to mine—but can be irritating as hell. 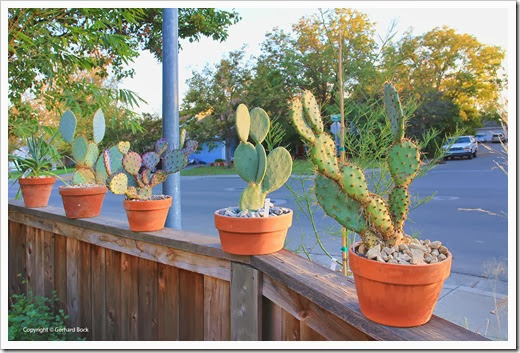 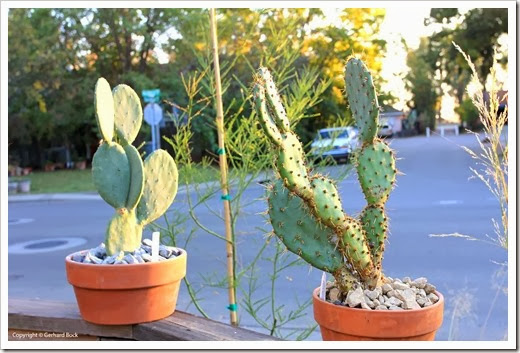 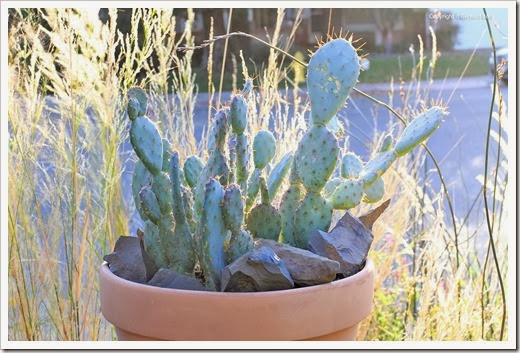 The Yucca rostrata in the next couple of photos is my largest specimen, with the exception of this one in the succulent bed by the front door (which, I now think, is actually the closely related Yucca rigida). 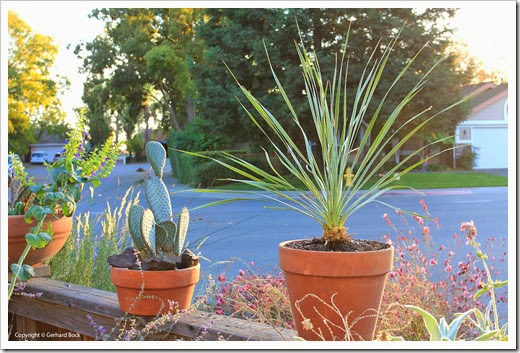 I just trimmed off the dead leaves at the bottom and I can see the beginnings of a trunk. Yucca rostrata is very slow growing, and this specimen is at least five years old. 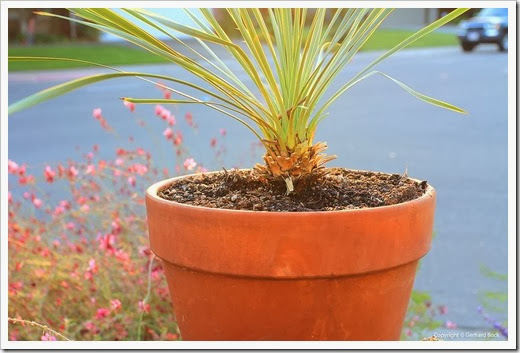 The final potted plant on top of the fence is a desert rose (Adenium obesum). I had it in the shade last year, and while it did flower, the new growth was weak and lanky. This year, the new branches are short but solid, which is much more appropriate for a “fat plant.” My plan is to leave all the potted plants on top of the fence this winter with the exception of Adenium obesum. It needs to be kept totally dry in the winter to prevent rot (last year I lost two because they received some water during the winter months). All the other plants are cold hardy enough for our zone 9b climate and should tolerate our modest winter rainfall.