As much as our garden has changed, lavenders have been constant companions. Since they’re short-lived in our hot climate, they need to be replaced periodically (4-5 years). We’ve tried a number of different cultivars over the years, thanks to the large lavender selection at our favorite perennial nursery, Morningsun Herb Farm in nearby Vacaville. Lavandula × intermedia ‘Grosso’ is a perennial favorite for its tall stems and incredibly fragrant flowers; Lavandula angustifolia ‘Hidcote’ has the most brilliant color (a deep violet blue); and Lavandula multifida (fernleaf lavender) has the most beautiful leaves.

But now I’m trying something new: two variegated varieties. I stumbled upon them at Green Acres Nursery in Sacramento a few weeks ago. I wasn’t totally surprised to find out that variegated lavenders exist—it seems logical that they would—but I can’t recall ever having seen any in person before.

Here they are: Lavandula × intermedia ‘Platinum Blonde’ on the left, and Lavender allardii ‘Meerlo’ on the right. 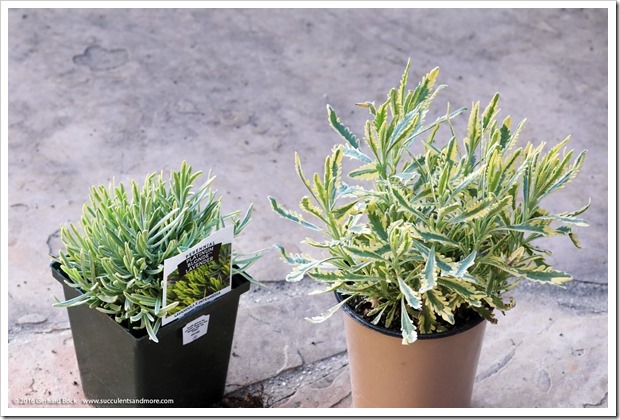 Lavender allardii ‘Meerlo’ is part of the Sunset Western Garden Collection. Their web site describes it as “the most heat, humidity, and water-wise lavender we grow” and says that it “holds its beautifully variegated and highly fragrant foliage, and sports pale blue flowers in summer.” 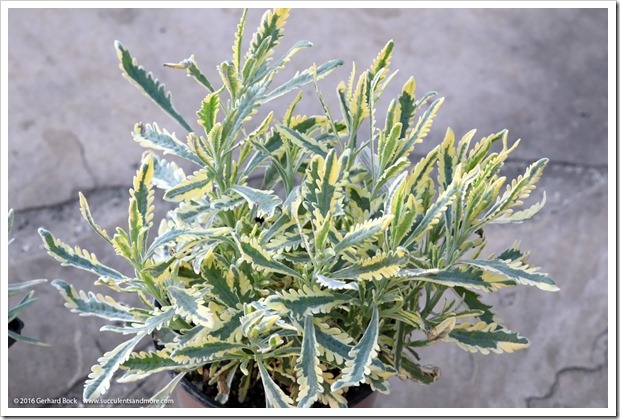 I can’t get enough of the leaves and hope that they won’t revert.

Coincidentally, San Jose-area garden designer and author Rebecca Sweet of Harmony in the Garden, whom I admire tremendously, picked ‘Meerlo’ as her favorite plant in the Sunset Western Garden Collection. Check out this brief article. 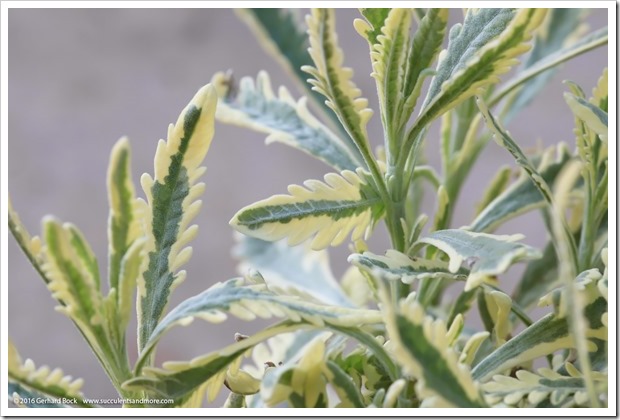 Lavandula × intermedia ‘Platinum Blonde’ is of the same parentage as our beloved ‘Grosso’. Often referred to as lavandin, Lavandula × intermedia is a naturally occurring hybrid between English lavender (Lavandula angustifolia) and Portuguese lavender (Lavandula latifolia). ‘Platinum Blonde’ was discovered as a sport by Spanish breeder Juan Momparler Albors near Valencia and nominated for Plant of the Year at the 2013 Chelsea Flower Show. 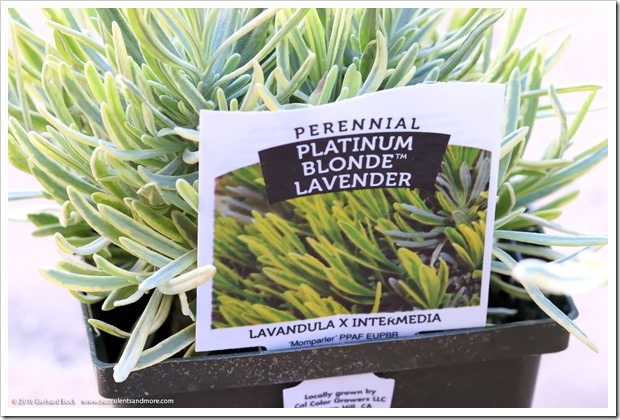 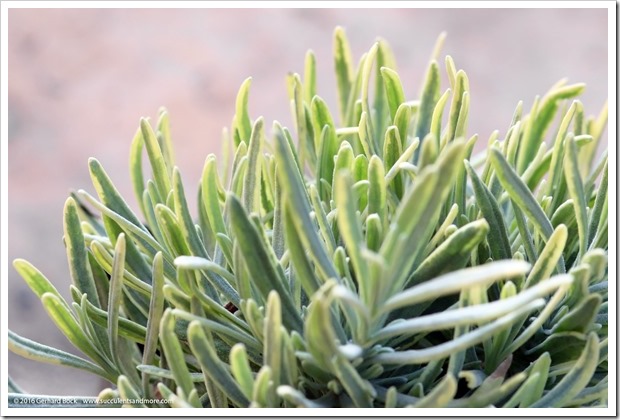 Since the planting window has pretty much closed until fall, I moved both variegated lavenders from their 4-inch nursery pots to 1-gallon pots where it’s easier to keep them from completely drying out. I will baby them until cooler weather returns when they’ll go in the ground in a sunny spot somewhere in the front yard.