A while ago I posted photos of this year’s first echinopsis flower in the front yard. The other day two more flowers opened up: one on the same salmon-colored echinopsis as before (see below after the jump) and one on this one:

I’ve long lost the tag but according to this post from 2013, it’s Echinopsis ‘Johnson Hybrid’. Harry Johnson was a Southern California breeder who created a lot of different hybrids in many different colors from the 1930s through the 1960s. He died in 1987 at the age of 95. Here is an interesting write-up about him. 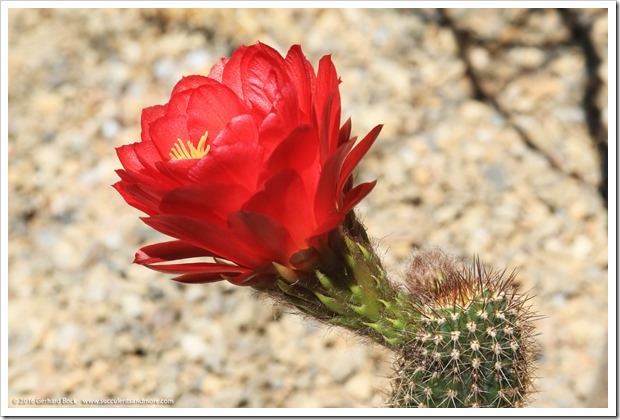 The flower of this hybrid is a rich red.

As is always the case with echinopsis, the flower is unusually large in relation to the stem of the cactus. 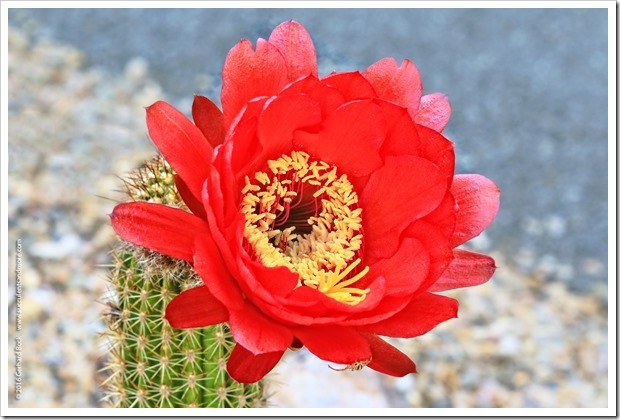 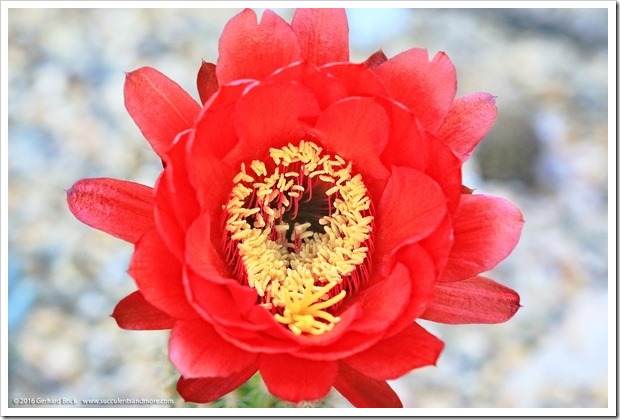 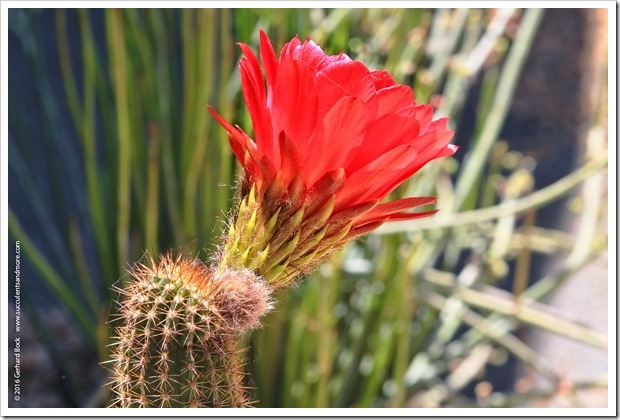 Unfortunately, flowering is a one-day show. It’s over before you know it.

In a case of fortuitous timing, the second flower on my salmon-colored echinopsis was open the same day as the Johnson hybrid above. According to my records, it’s Echinopsis huascha var.rubriflora: 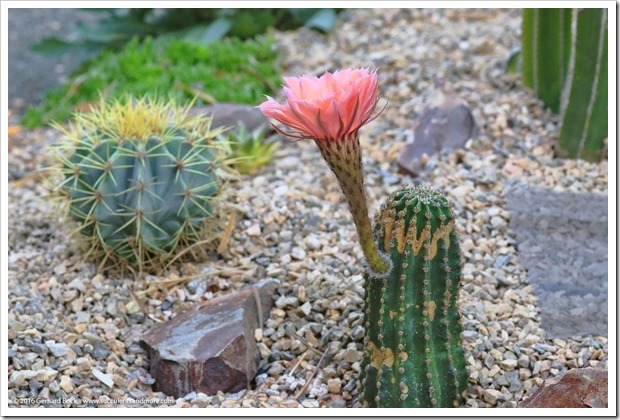 As much as I like the red hybrid above, I think this one is even more spectacular: 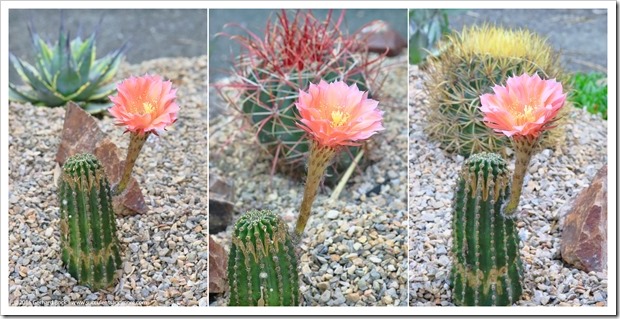 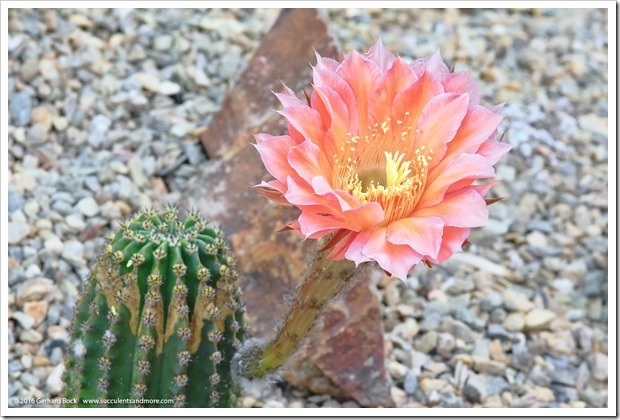 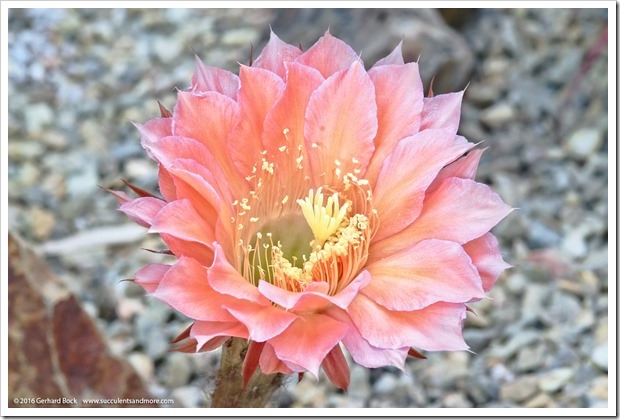 According to Ernesto Sandoval, the Director of the UC Davis Botanical Conservatory, it’s best to grow echinopsis in partial shade. Mine currently get sun from mid-morning on but as the palo blanco tree (Mariosousa willardiana) they’re under continues to grow, they’ll get more shade. This article has some general care information.

And if you want to see a truly stunning echinopsis, check out this selection called ‘Charlemagne’ that bloomed last month in Hoover Boo’s Piece of Eden in Southern California.