Friends from Australia are visiting so what do I do? I take them to the Australian Collection in the UC Davis Arboretum! It felt both wrong and right at the same time. But they enjoyed seeing plants they’re familiar with growing so far away from home.

I hadn’t been to the Australian Collection in a few months, and I was very surprised to see that the grevilleas that had been in bloom in the winter were still going strong. In a spot they like, these beautiful down-under shrubs bloom almost year round. 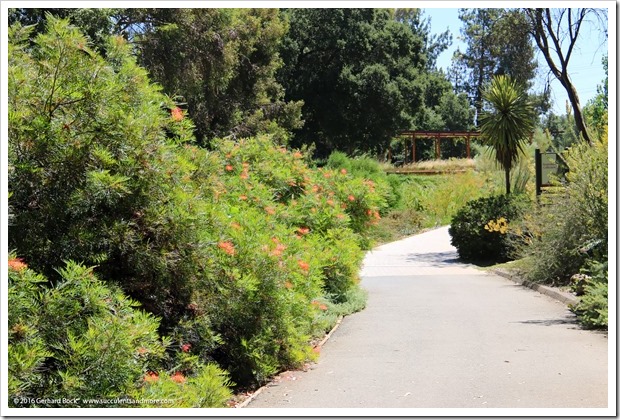 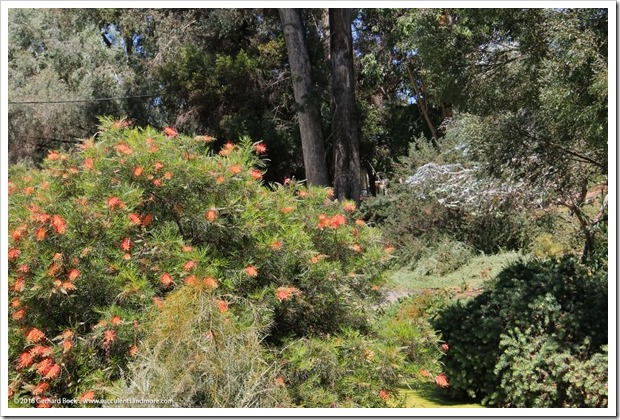 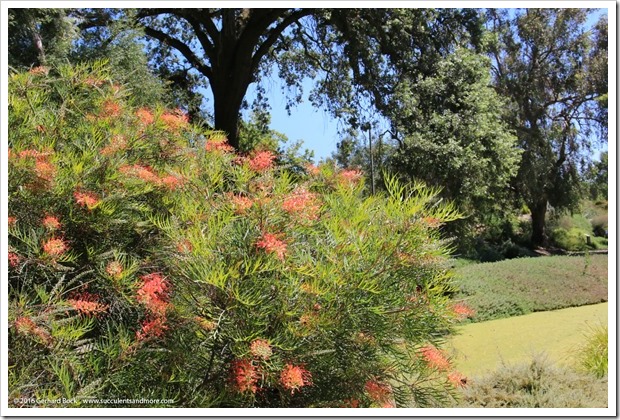 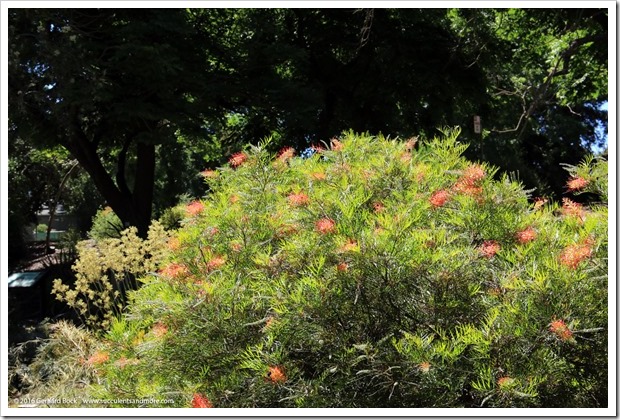 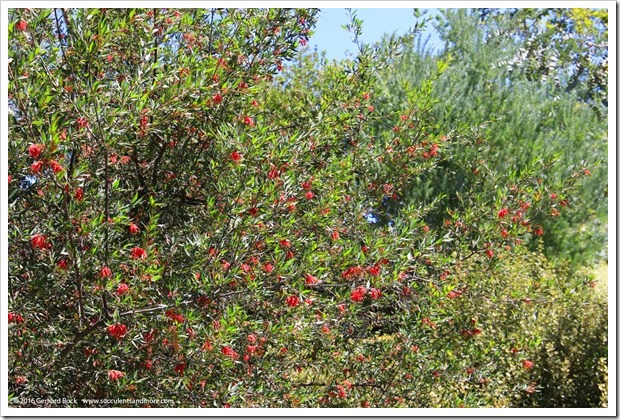 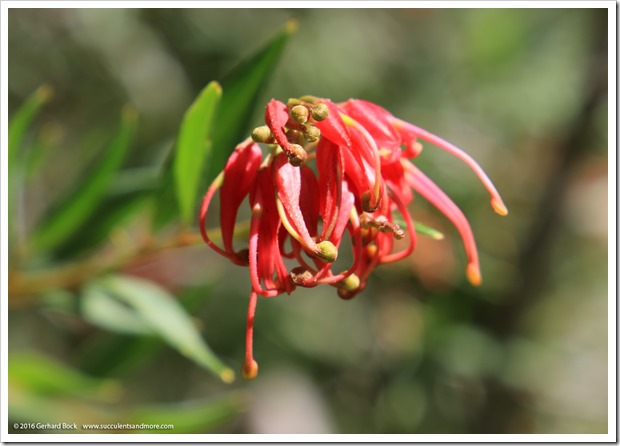 But the real standouts were the kangaroo paws (Anigozanthos). I've lost track of how many kangaroo paws I've killed in our garden, both straight species and hybrids (the latter supposedly less finicky). Based on what our Australian friends said—and the growing conditions at the UC Davis Arboretum—perfect drainage seems to be the key. At the Arboretum, the kangaroo paws are planted along Putah Creek, i.e. on a slope. And as you can see from the photos below, they’re as happy as can be. 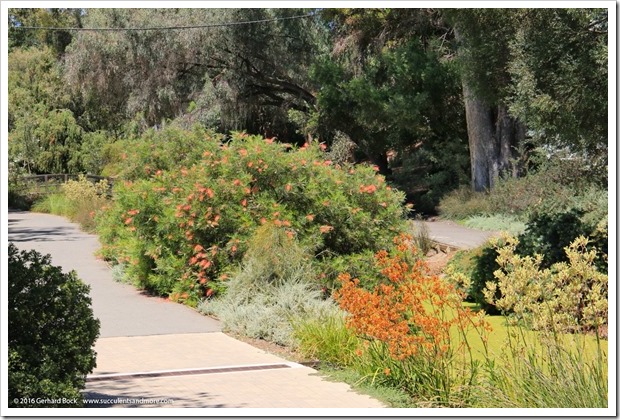 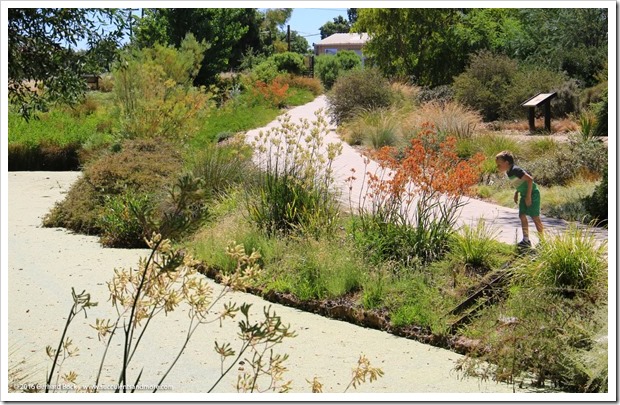 Same constellation, but reversed, as seen from the other side of Putah Creek (the boy sniffing the orange KPs was icing on the cake) 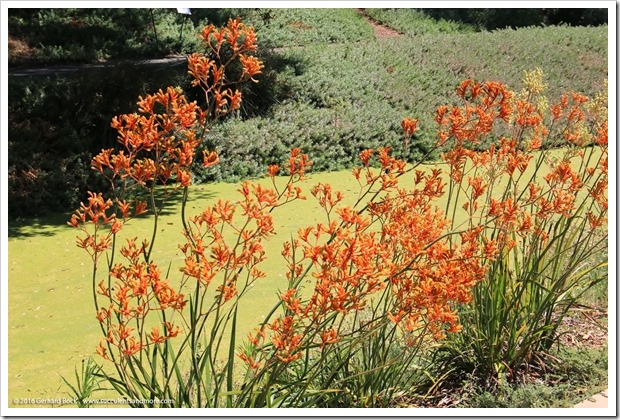 Close-up of the orange KPs

I was particularly impressed by the evergreen KPs (Anigozanthos flavidus). This species is tall and stately and looks great when massed. It comes in a variety of colors, typically yellow, pink or red. Many of the Anigozanthos flavidus at Arboretum where a very pale cream—not a particularly showy color per se but quite attractive against the green backdrop of the creek (the annual infestation of duckweed). 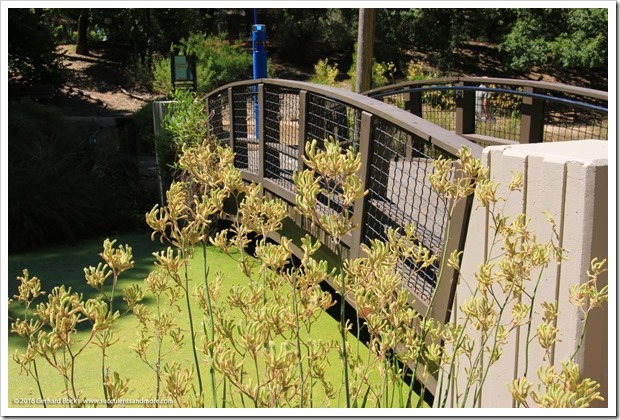 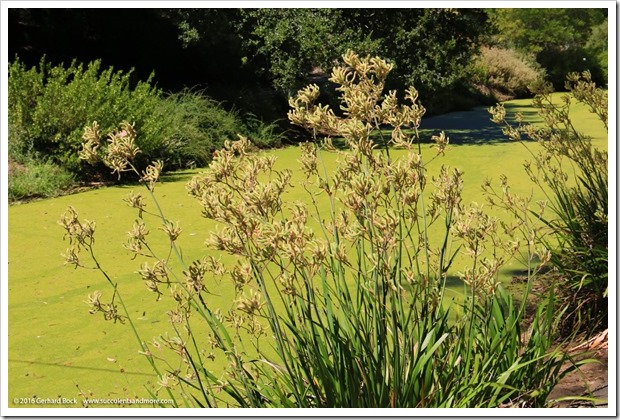 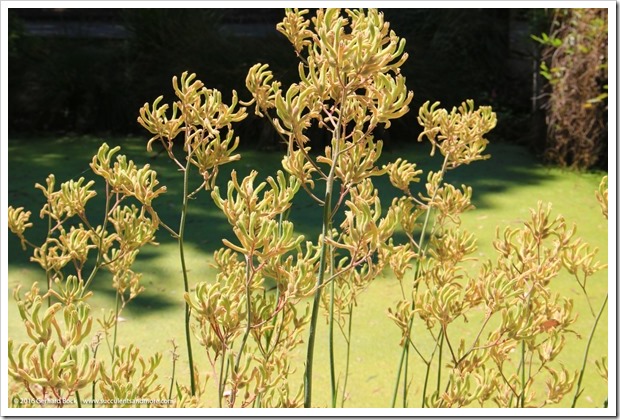 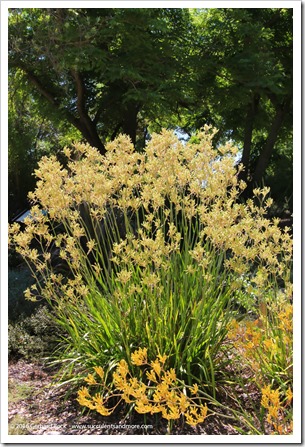 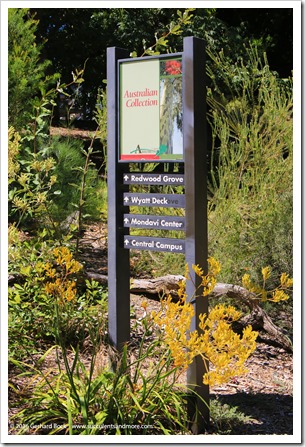 But there is much more to see in the Australian Collection beyond grevilleas and kangaroo paws. Here are just a few snaps: 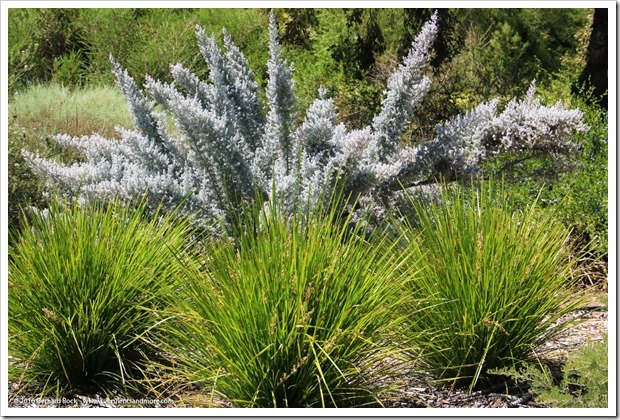 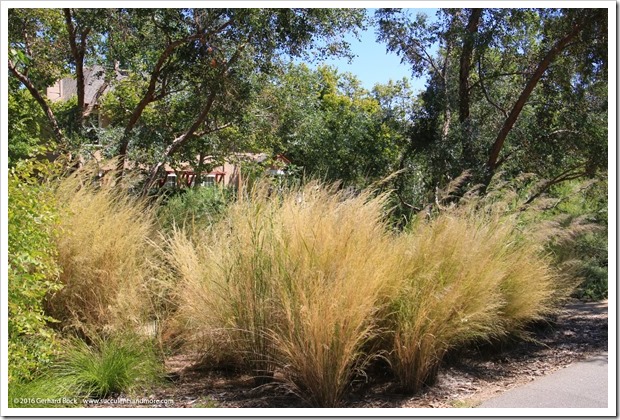 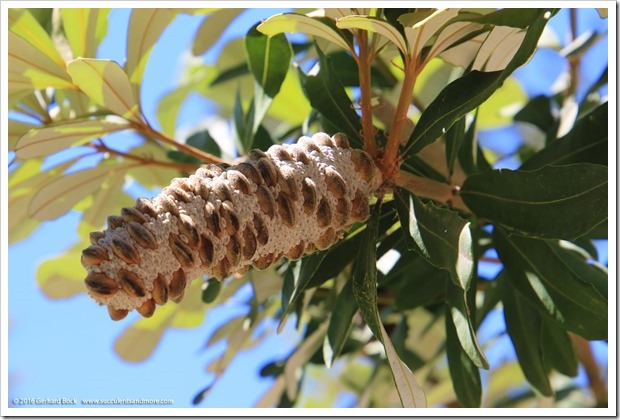 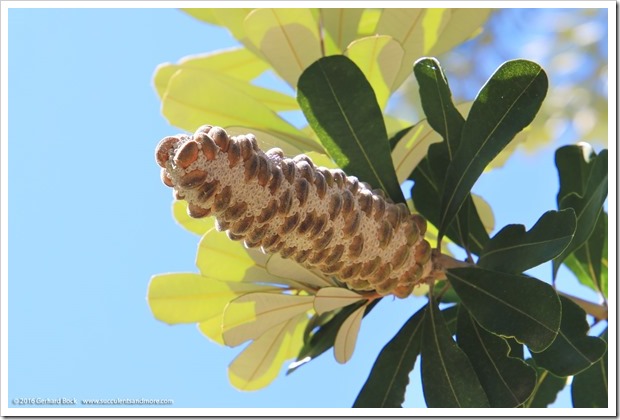 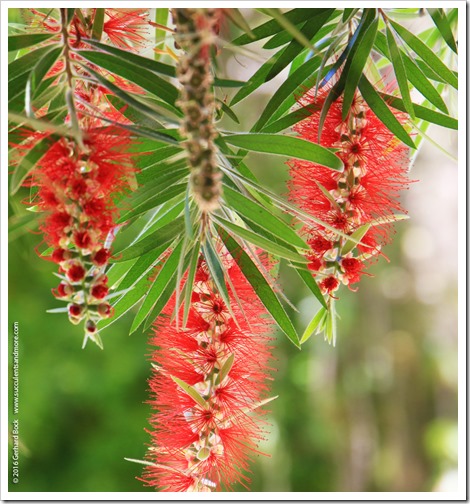 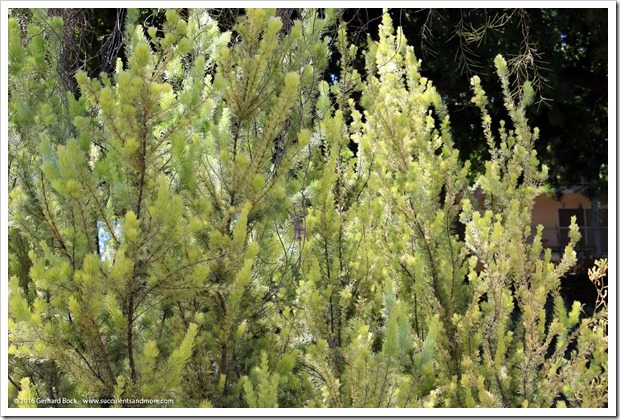 Leaving the Australian Collection and heading back to the Davis Commons parking lot, I snapped a couple of photos of the new Arboretum GATEway Garden. This area was an eyesore not all that long ago but now it’s a stunning showcase of native sedges and grasses. 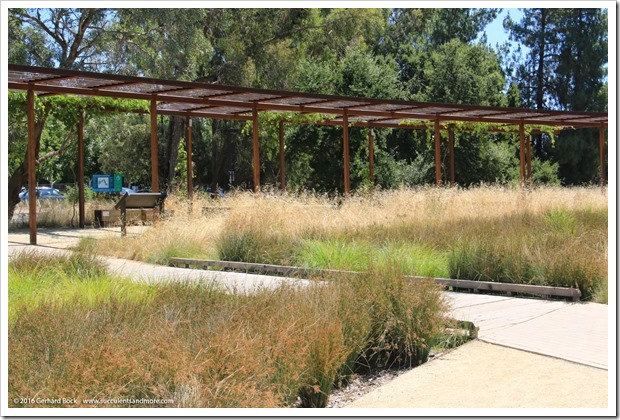 I realize this is not everybody’s cup of tea, but I love the soft textures and the constant movement of the grasses. I should do a dedicated post on this section of the Arboretum. 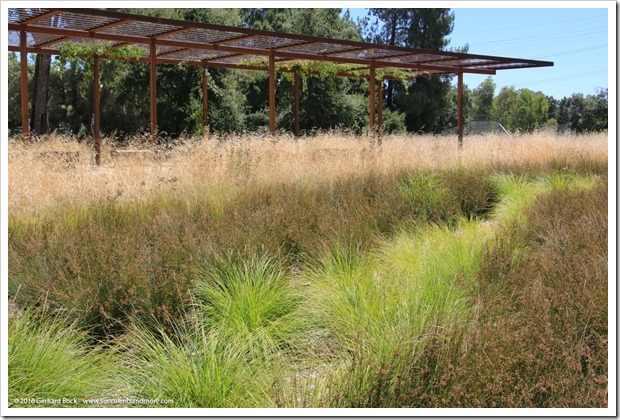