Less can be nice, too

The heat wave that started on Memorial Day isn’t letting up, so let’s go back to Morro Bay on the Central Coast.

Just up the street from the stunning succulent garden I showed you in this post is this property: 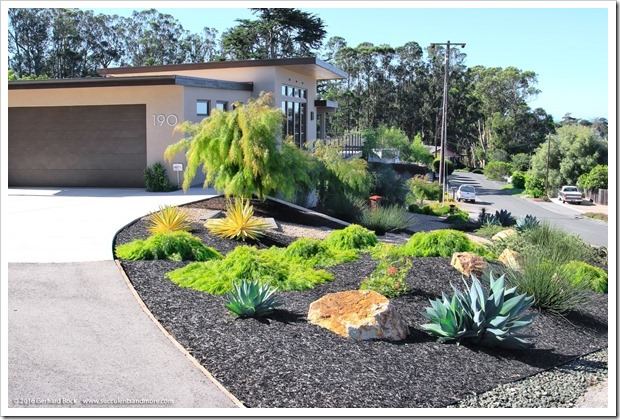 It may seem stark, especially compared to the other garden, but I found the l limited plant palette and the high-contrast design quite appealing.

Minimalism is an interesting thing. It’s the antithesis of what I practice, yet I cannot help but fall for its promise of simplicity and serenity. A minimalistic garden is like the soothing sound of ocean waves (who doesn’t like that!) while my garden is like the frantic buzzing of a beehive.

Ultimately, though, our tastes and preferences are what they are, and we should embrace them. That means I’ll never have a minimalistic garden and I need to stop feeling guilty for being a hoarder and cramming too many plants into what little space we have. 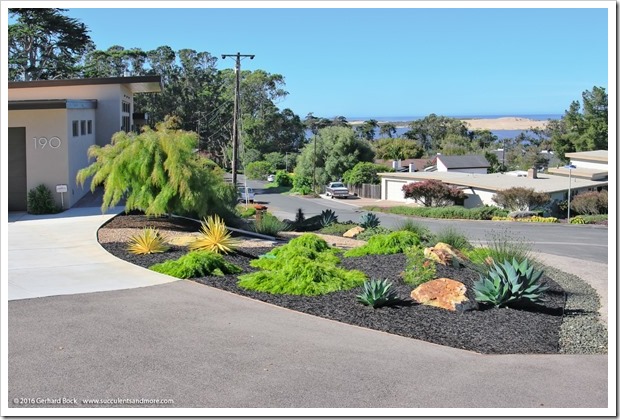 Typically I’m not a fan of dyed bark mulch, but in this case it sets the plants off beautifully. 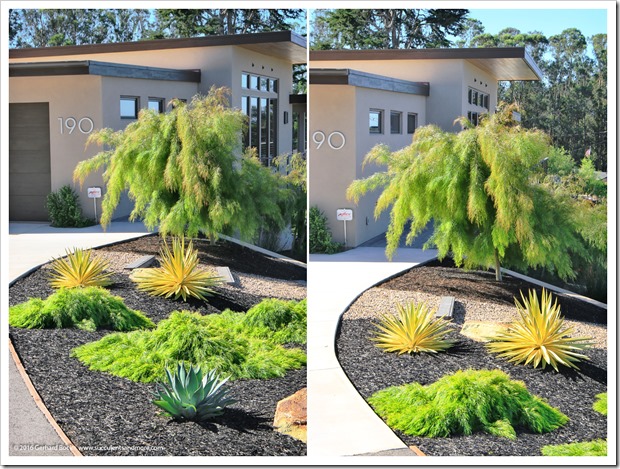 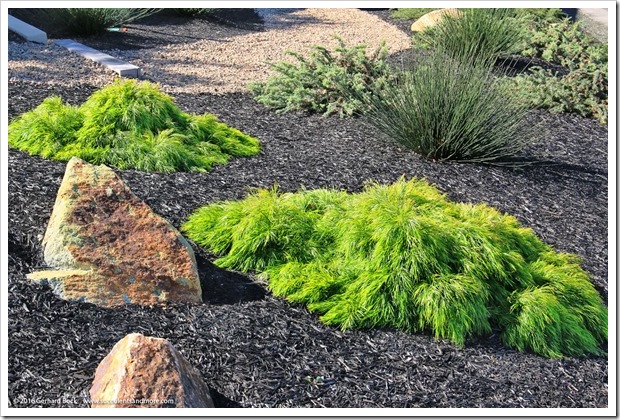 A handful of smaller boulders add a vaguely Japanese touch. 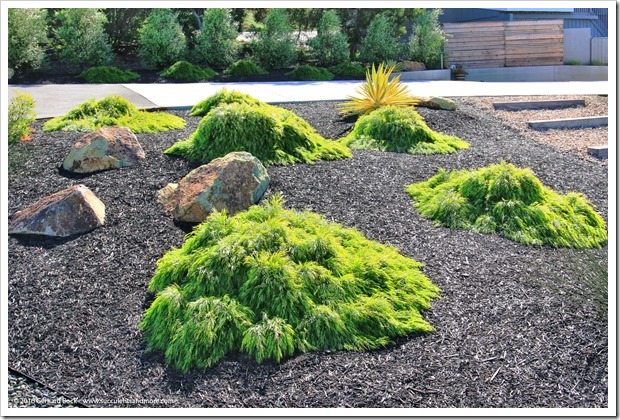 It’s been two months since I photographed this garden, yet I’ve thought about it often. If only I could be happy with so little…