My, you look weird

The other evening we noticed these weird characters on the candelilla (Euphorbia antisyphilitica) in the front yard: 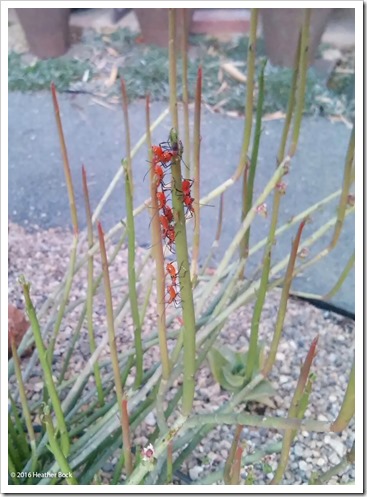 My wife snapped this photo on her cell phone.
Since it was dusk, the photo turned out grainy and fuzzy,
but you get the idea.

From a distance, they looked like very large and very orange ants.

What weird creatures were these?

The next morning, I got out my tripod and camera with a macro lens and took a series of close-ups. At several times life size, these insects looked even stranger. I was fascinated and put off in equal measure. (While spiders don’t bother me, I will admit that I have a moderate case of insect phobia.) 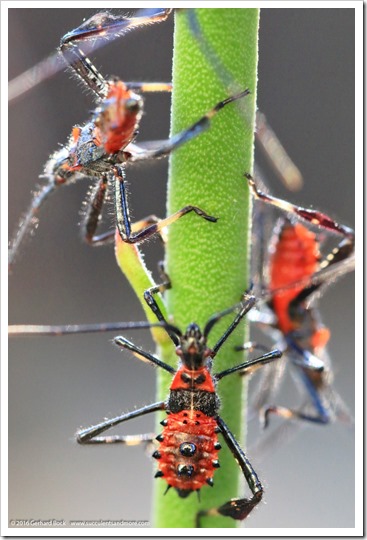 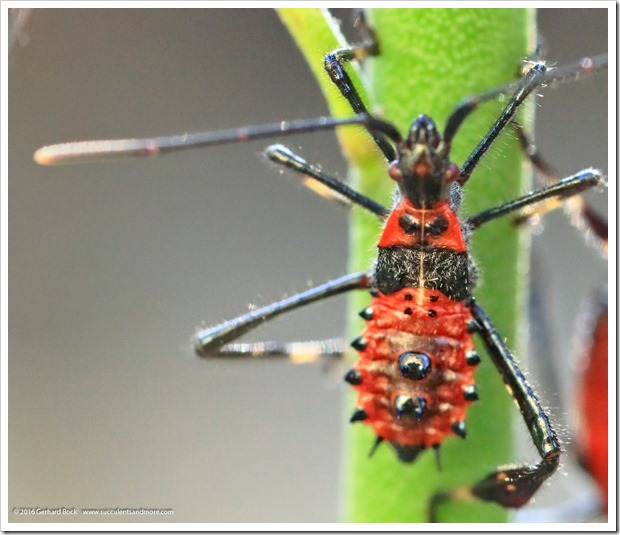 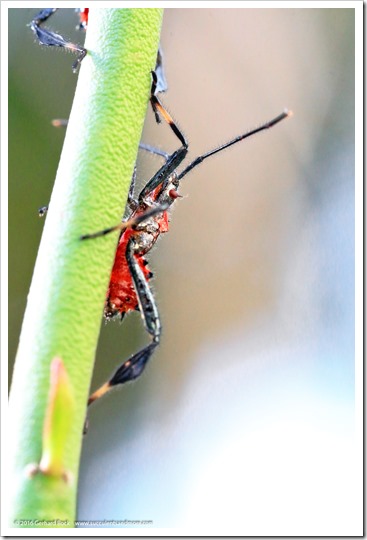 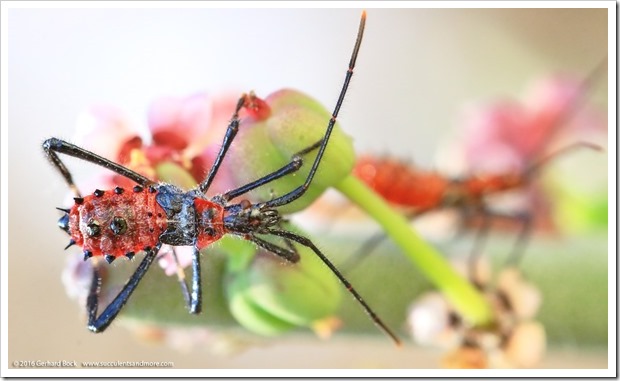 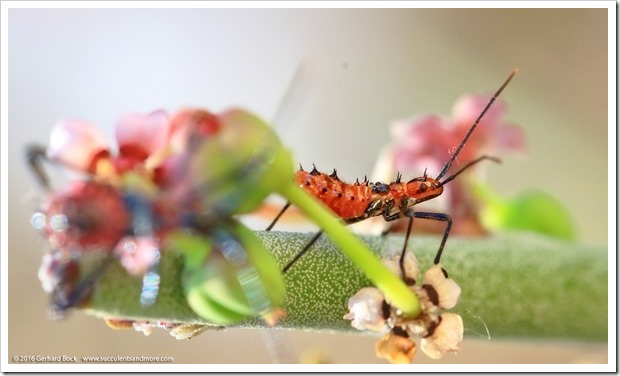 Daughter #1, who had zoology in her sophomore year of high school, did a Google search using very basic words (something like “large red insect”) and found the answer almost immediately: These were nymphs (adolescents) of the Florida leaf-footed bug (Leptoglossus phyllopus). As its common name suggests, it’s native to Florida, but it’s found “throughout the southern United States from Florida to California, through Mexico and as far south as Costa Rica” (1). I have often seen the adults, but I can’t remember ever having seen these nymphs.

Further research revealed that the Florida leaf-footed bug is a common plant-sucking pest that can damage a variety of crops from tomatoes to beans to citrus. The damage they do ranges from hard spots on the fruit to immature fruit drop, especially on citrus. During the cold season, the bug is known to enter houses and take up residence in beds. I can feel some of you squirm!

I’m a big believer in “live and let live,” and I have too many things to worry about in my life that I don’t typically get hung up on insects (unless they crawl on me, then it gets serious). However, we have a young Meyer lemon tree nearby which, for the first time ever, has a real crop of fruit developing. After reading some alarmist articles about the damage this bug can cause to citrus, I tried to remove as many of the nymphs as I could. Ultimately, I managed to squish maybe two or three; the others simply scampered off. Now, a few days later, I’m back to “live and let live” or it’s Spanish equivalent, “Qué será, será.”

In case you were wondering about the Euphorbia antisyphilitica these nymphs were on, here is a wider shot: 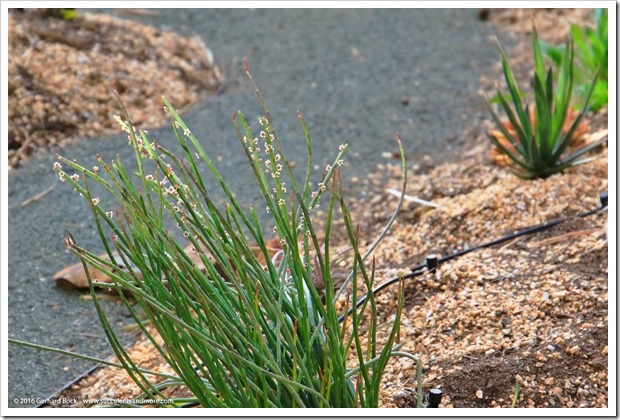 It bloomed for a good month from mid-April until to mid-May: 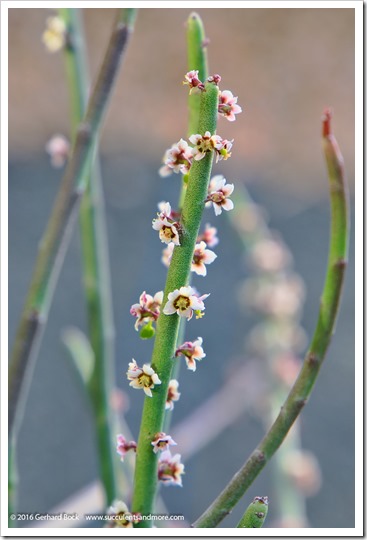 The flowers are very small but up close they’re quite cheery.

Euphorbia antisyphilitica is a succulent native to northwestern Texas, southern New Mexico and wide swaths of northern and central Mexico. Its common name, candelilla, comes from candela, the Spanish word for candle. From Wikipedia:

The white sap of E. antisyphilitica was historically used in Mexico to treat sexually-transmitted diseases. Commercial harvesting of candelilla wax began at the start of the twentieth century, with demand greatly increasing during World War I and II. This industry largely disappeared following the end of World War II due to diminished candelilla populations and the availability of cheaper petroleum-based waxes.[3] Later on however, new uses were found for the wax mainly in the cosmetic and food Industries, and it is still being produced in northern Mexico and exported to other countries. See the candelilla wax article.

Candelilla is gaining in popularity as a landscape plant in parts of the arid southwest. It is popular for the following reasons:[4]