Yesterday was Veterans Day, one of the few public holidays we have in the U.S. I played hooky and went on a road trip with a friend to Sonoma, just a little over an hour from Davis. After exploring Quarryhill Botanical Garden outside the small town of Glen Ellen (separate post to come) we stopped in downtown Sonoma for coffee. I found a parking space right across from Mission San Francisco Solano and took some photos as the late-afternoon sun was casting a golden glow on the mission’s white façade.

I noticed several things I’d never paid attention to before. The tree all the way on the left is a pomegranate, a tree that has a long association with California missions. While pomegranates are native to Persia (now Iran), they were brought to California by Spanish missionaries and settlers. 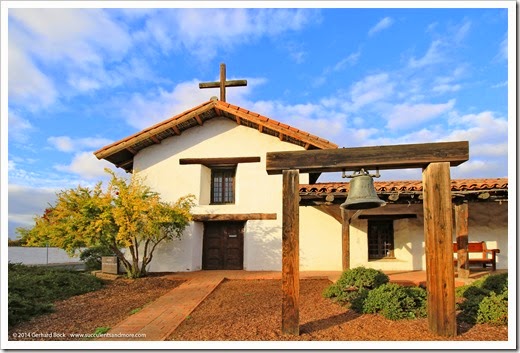 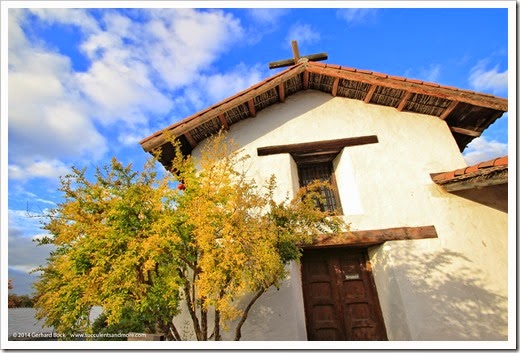 The groundcover in front of the mission is a low-growing manzanita. I’m not sure which one. I originally thought Arctostaphylos uva-ursi but as Lisa pointed out in her comment below, it’s too tall for that. 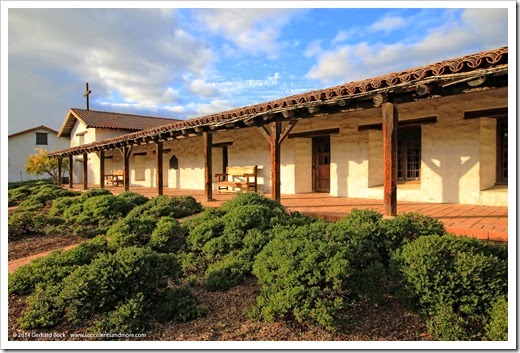 In front of the entrance to the gift shop is a large and very old prickly pear. One side must get regular trimming because the woody trunk and branches are exposed. 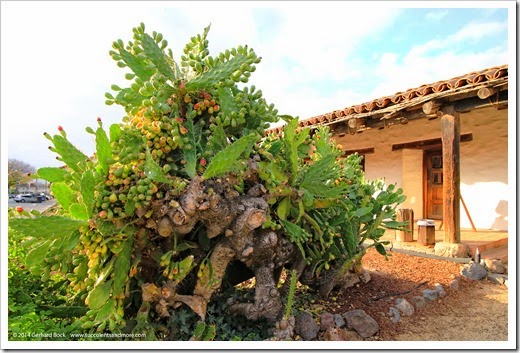 The other size is left as is. 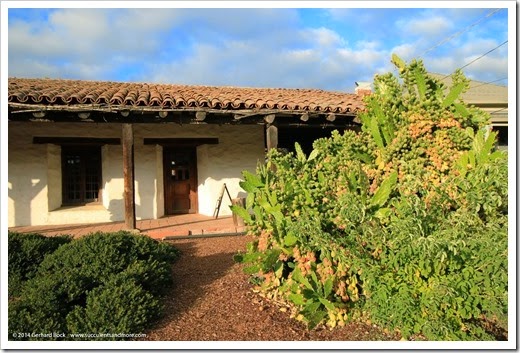 Both sides were covered with fruit, called tuna in Spanish. I’ve never seen this much fruit on a single prickly pear before. 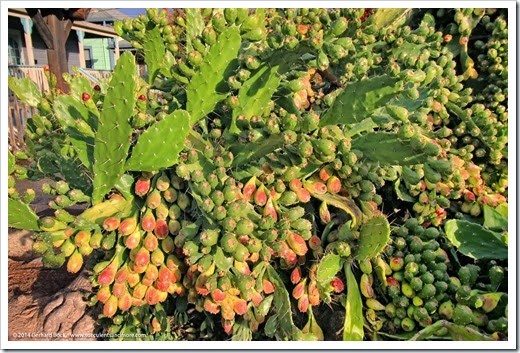 Typically, the prickly pears found at California missions are Opuntia ficus-indica, easily the most common cultivated and naturalized species in California. This one, however, didn’t have the thick, fleshy pads of Opuntia ficus-indica. Instead, they were thin like a pancake and more oblong. I think it’s Opuntia monacantha, a species native to Argentina, Brazil, Paraguay and Uruguay. 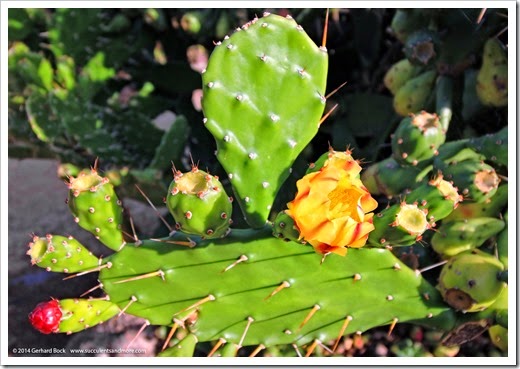 The stripes on the outside of the flower petals bear this out. (The much more common Opuntia ficus-indica has all-yellow or all-red flowers.)

I tried to find out how old this cactus is, but I couldn’t find any conclusive information. One writer thinks it’s “at least a 100 years old.” But no matter its age, it definitely stops people in their tracks!