Don’t get me wrong, I love trees and I know that falling leaves come with the territory. But while I like autumn, I don’t enjoy dealing with this: 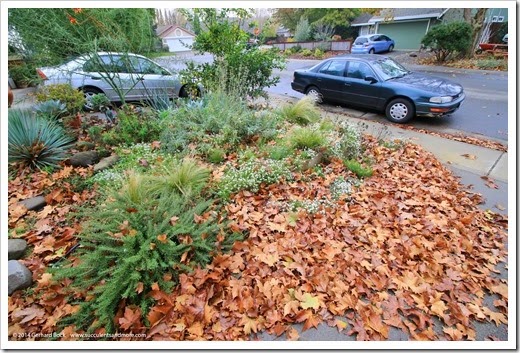 The photos above and below were taken standing in our neighbor’s driveway, looking towards our house. So while technically these leaves are on her property, they’re just waiting for the wind to carry them onto ours. 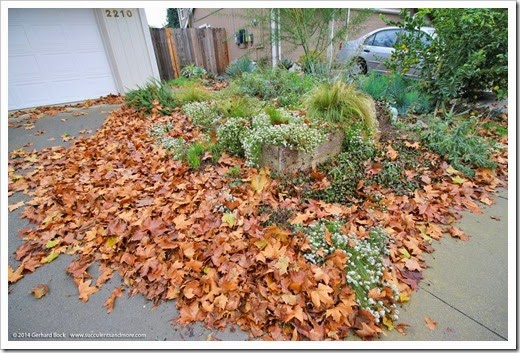 These large leaves come from our neighbor’s sycamore… 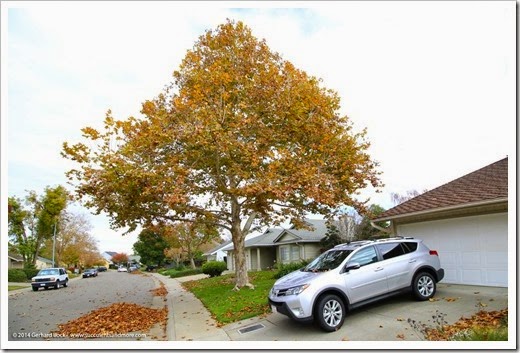 …but there are plenty of other trees on our street that contribute. Our house is the first on our court, but it seems that everybody’s leaves always end up at our place. And we’re only halfway through the leaf season!

I don’t mind leaves gathering at the base of a tree, like the Bearss lime at the foot of our driveway… Bearss limes collecting at the base of the tree. Time to collect them!

…but I don’t want them to bury my succulents. That could lead to rot, and eventually the death of the plant. So while I’m behind on picking up the limes that have fallen from the tree (limes turn yellow when left on the tree, and eventually drop), I make a point of picking the leaves out of the crown of my succulents. It’s a Sisyphean task, but it gets me out into the yard. 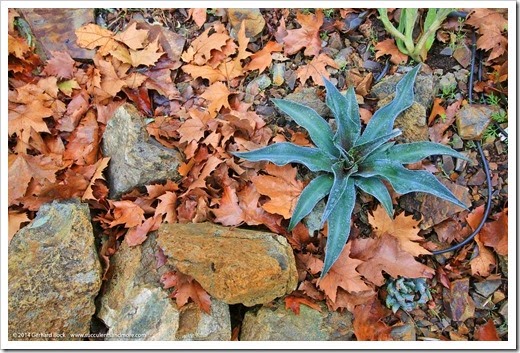 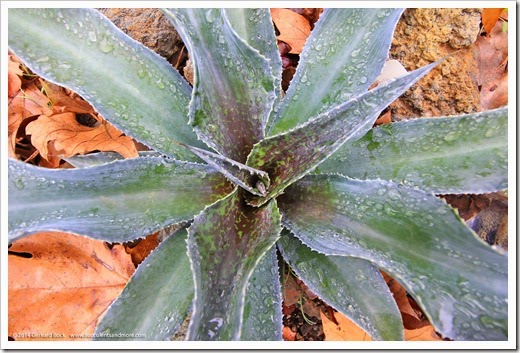 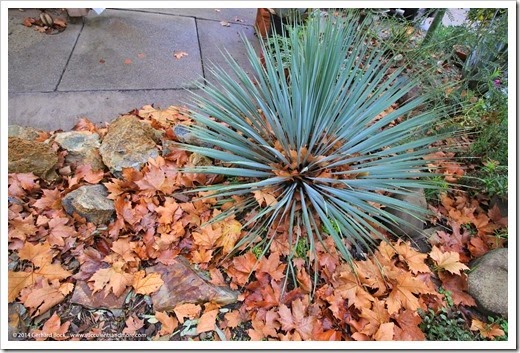 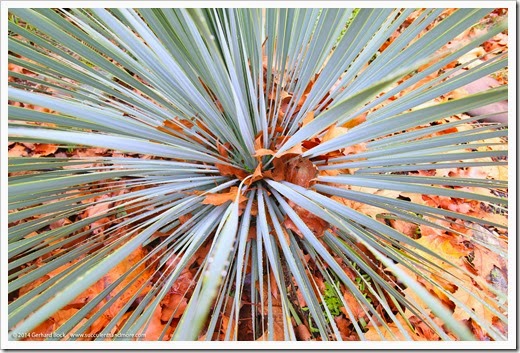 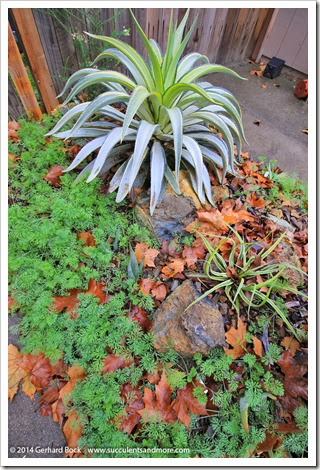 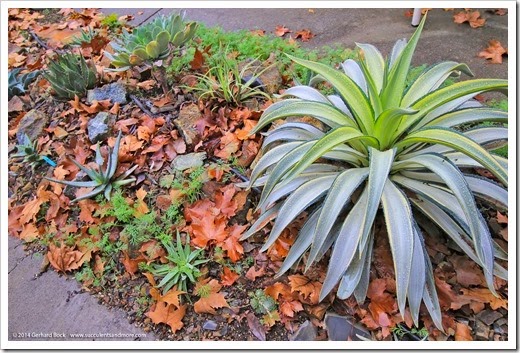 I do enjoy the leaf-free look of my Agave desmettiana ‘Joe Hoak’. It’s perennially one of my top three agaves, but after a rain it looks even more radiant than usual. 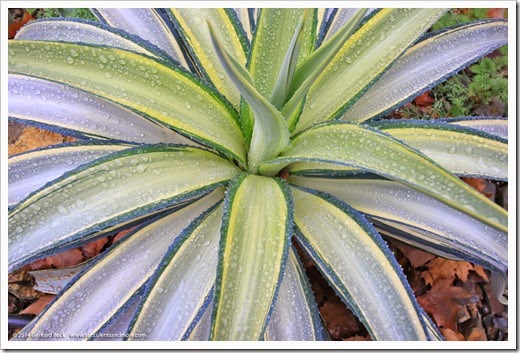 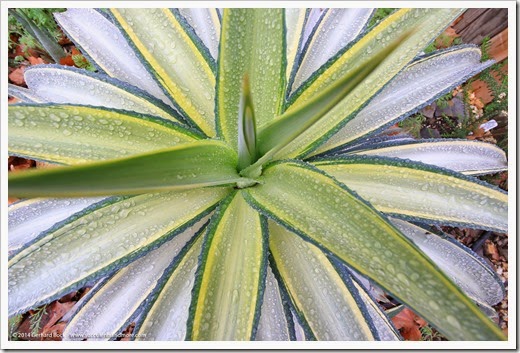 Some more succulents freshly liberated from the leaves that had settled on top of them: 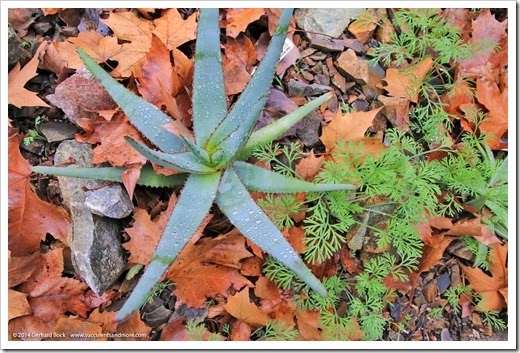 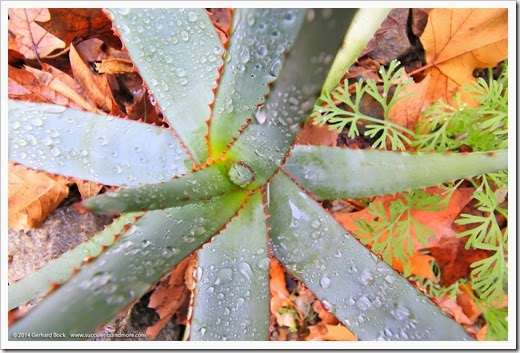 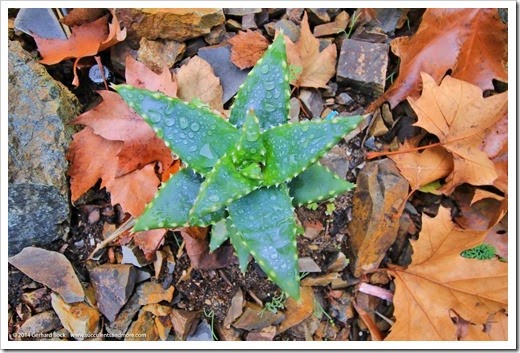 Aloe ‘Hellskloof Bells’, a hybrid between Aloe distans × Aloe pearsonii created by Brian Kemble, the curator of the Ruth Bancroft Garden. I can’t wait for mine to get large enough to flower. 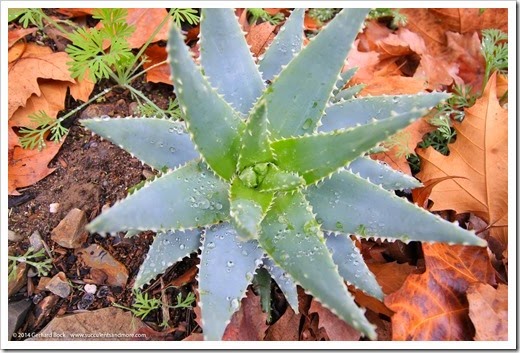 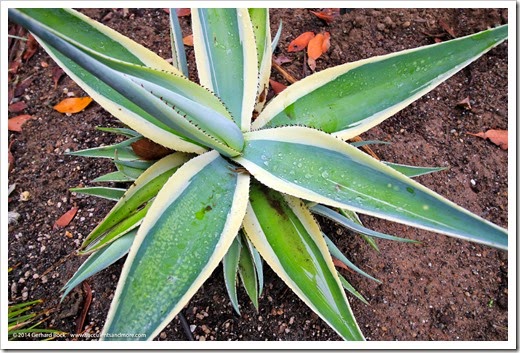 Unfortunately, right after you’re done removing the leaves, new ones land in the same place. 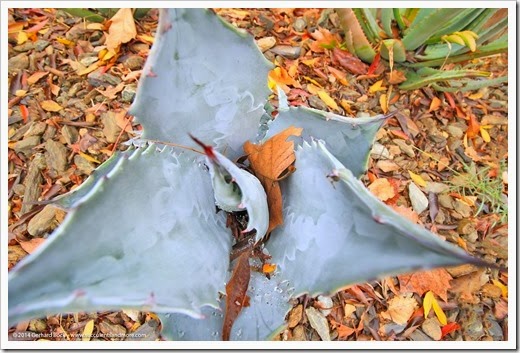 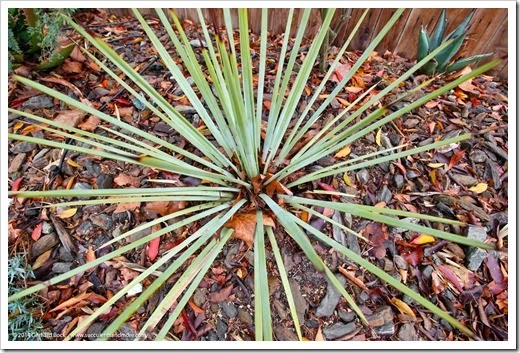 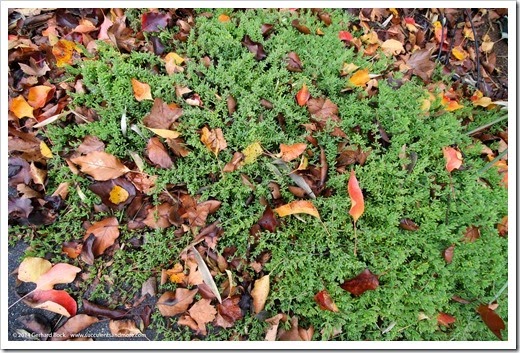 This has nothing to do with the subject of this post, but in case you’ve been wondering how the blooming Agave desmettiana ‘Variegata’ next to the front door is doing, here’s a quick photo: 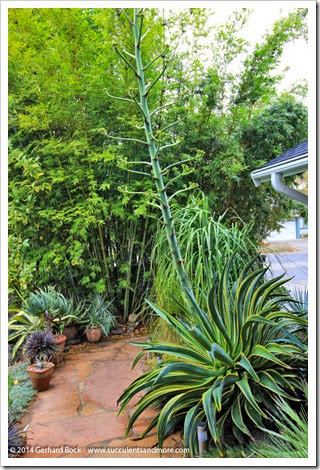 Progress has been slowed, or possibly even halted, by the cooler weather. I’m not sure if the flowers will open now or if they’ll wait until spring.