For some reason, when I hear the word “mangave,” I think of mangrove. The two have nothing to do with each other. Mangroves are swamp trees while mangaves are hybrids between two succulent genera: Agave and Manfreda.

While I’m sure a number of such hybrids exist, many of them are unnamed, like the Agave sobria × Manfreda variegata cross I showed you in Sunday’s rain-related post. The best-known of the named hybrids, × Mangave ‘Bloodspot’, is currently blooming in my front yard.

Which brings me to the other named Mangave that has eluded me for years: × Mangave ‘Macho Mocha’. I’ve come across larger specimens for sale but have never wanted to shell out the $$$. All the small plants I’ve encountered, typically in 4-inch pots, have been anemic-looking and anything but attractive. That’s why I was thrilled to find out that one of my local succulent friends was parting with some of her ‘Macho Mocha’ pups.

This is one of the adult ‘Macho Mocha’ specimens in her front yard: 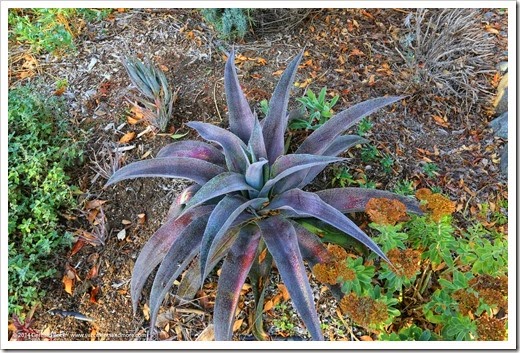 It truly is one of the nicest specimens I’ve seen anywhere. It gets quite a bit of direct sun, which brings out the purple spots against the lighter green leaf color. 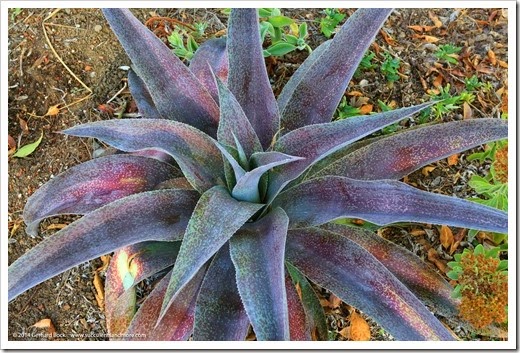 According to my friend Robin, this plant should be blooming size in a year or two. ‘Macho Mocha’ is solitary until it blooms; then it forms offsets around the base before it dies. The babies carry on the lineage. 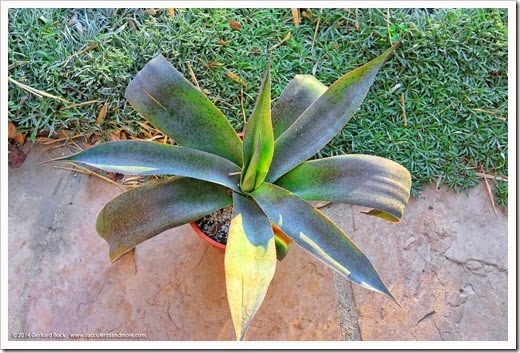 I think it’s been in the shade for a while since the spots are quite faint. But after a few weeks in the sun it should look as great Robin’s specimen. 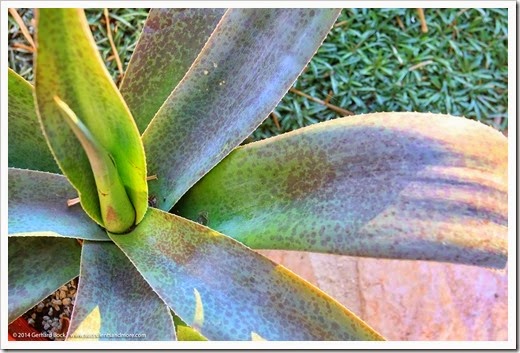 × Mangave ‘Macho Mocha’ originated from seed which Carl Schoenfeld, the owner of Yucca Do Nursery, took off a Manfreda variegata on a plant expedition to Mexico. Only later did he realize that the seedlings were naturally occurring hybrids between Manfreda variegata and (possibly) a nearby Agave mitis (aka Agave celsii).

‘Macho Mocha’ is a fairly large plant, growing to 4 ft. in width and 2-3 ft. in height. It’s hardy to near 10°F, possibly even hardier if kept dry in the winter. Manfreda variegata, the seed parent, is hardy to 0°F while the reputed pollen parent, Agave mitis, is quite a bit wimpier (20°F or so).