Black Friday sales are great for people buying electronics, appliances and maybe clothes, but usually there's nothing special about them for gardeners. This year was different. For the first time, the Ruth Bancroft Garden in Walnut Creek ran a Black Friday sale. And what a sale it was: 50% off on available plants in the retail nursery! It started on Friday—the day after Thanksgiving—and was supposed to end today, Sunday.

If you kicked yourself because you thought you missed it, I have good news: The sale has been extended until 4pm on Thursday, December 4, 2014. That means you have  three more days to shop: Tuesday, Wednesday and Thursday (the Garden and nursery are closed on Mondays). 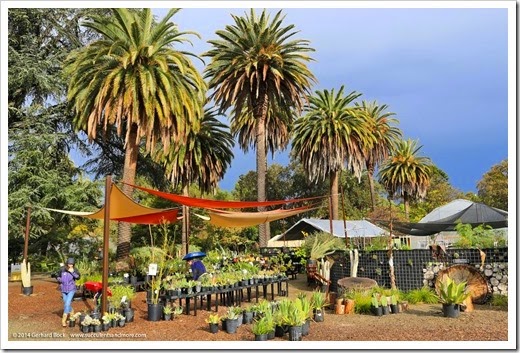 I drove to the RBG this morning and arrived just in time for a major downpour. I huddled in the covered propagation area with nursery manager Troy McGregor for a good half hour while we were waiting for the rain to let up. Troy showed me all kinds of plants he’s propagating, especially Australian shrubs. Originally from Australia, he’s a walking encyclopedia when it comes to southern hemisphere plants and has been the driving force behind turning the Ruth Bancroft Garden nursery into one of the best places in Northern California to buy plants from Australia and South Africa. I was very glad Troy was working today because I was looking for a banksia to replace a bamboo in the backyard. With his help, I found what I was looking for: a Banksia baxteri (more on that later).

Eventually the rain stopped and the sun made an appearance, bathing the retail nursery area in a warm winter light. I took advantage of the break in the rain and walked around the Garden a bit; I’ll have a separate post later this week. 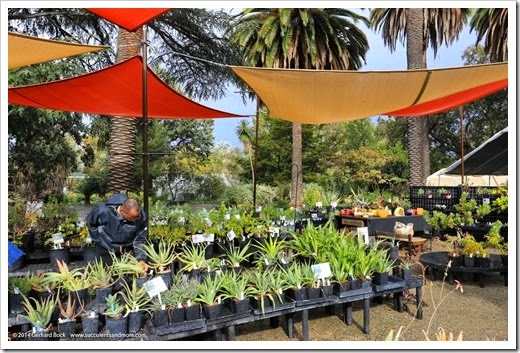 For now, I want to show you a few more things that caught my eye in the nursery. 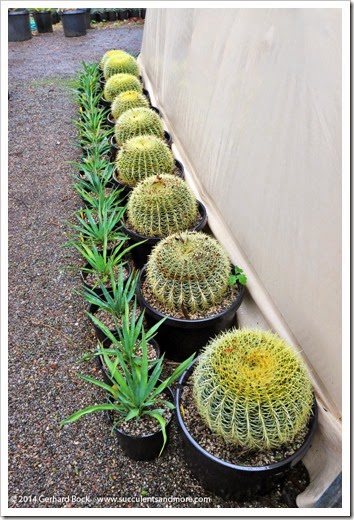 These golden barrel cactus were a great deal before at $75. Now they’re 50% off! 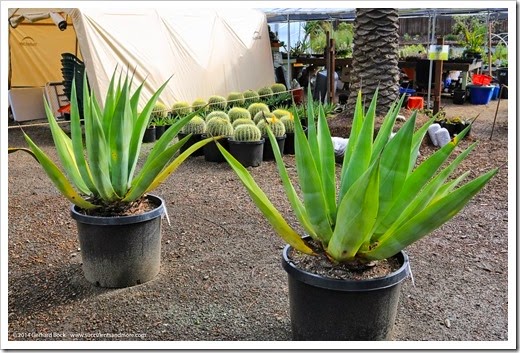 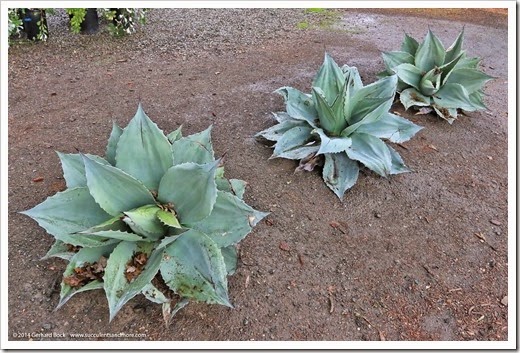 Bare-root Agave ovatifolia, a steal at their regular price of $60, now only $30. 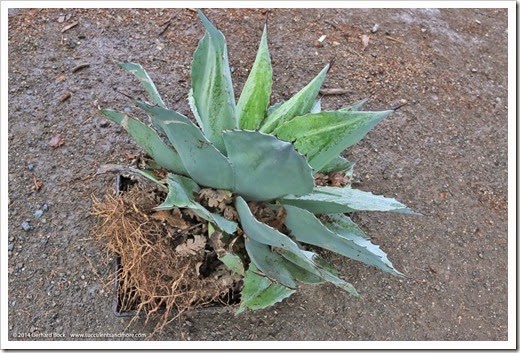 That’s a truly amazing price, considering these are huge plants. In my opinion, Agave ovatifolia is one of the most beautiful agave species. If you’ve ever been tempted to get one, act now. You’ll never find a better deal than this. 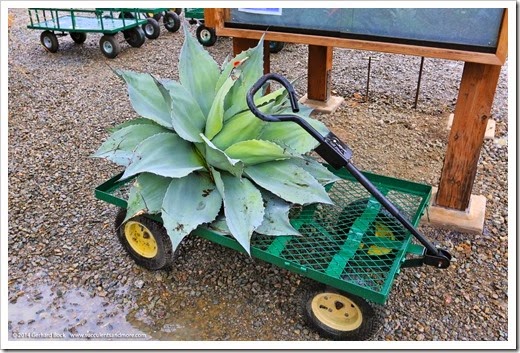 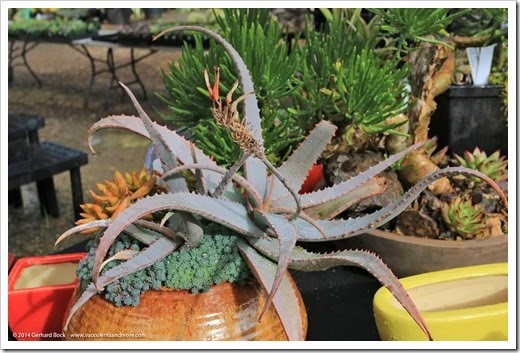 I don’t know aloe species this is (it was part of a mixed arrangement), but I love the graying purple leaf color

And here are my purchases: 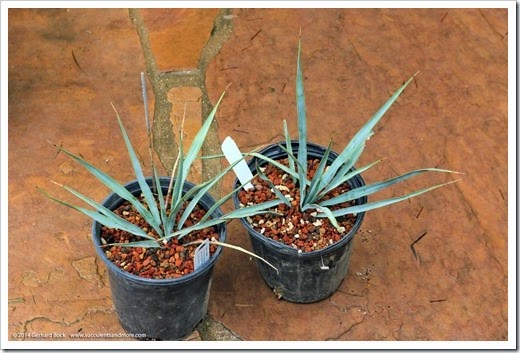 Yucca rostrata in 1-gallon containers. Small, but exceedingly well-priced at $4. (These are for you, Candy.) 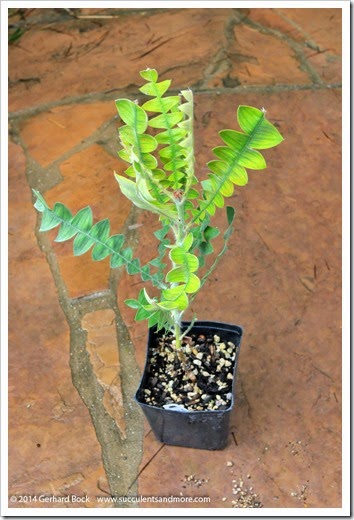 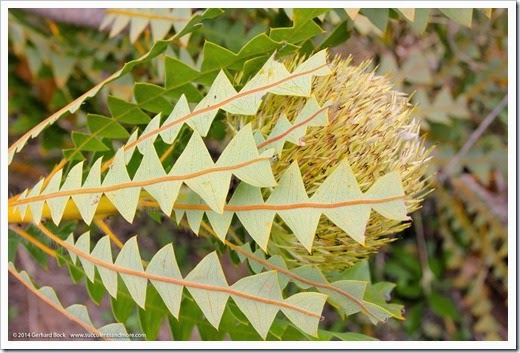 Banksia baxteri flower at the UC Santa Cruz Arboretum, just to show you the potential 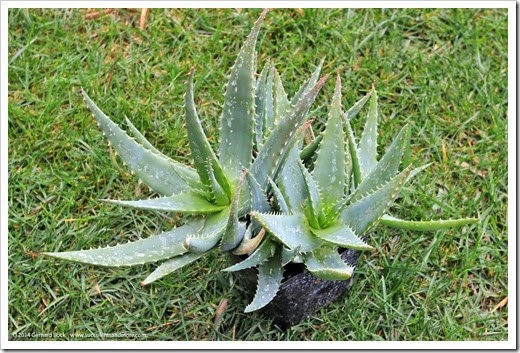 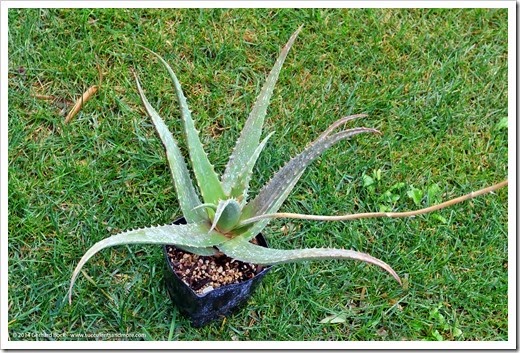 …created by RBG curator Brian Kemble, an authority on aloes (this plant is about to bloom; I’ll post photos soon) 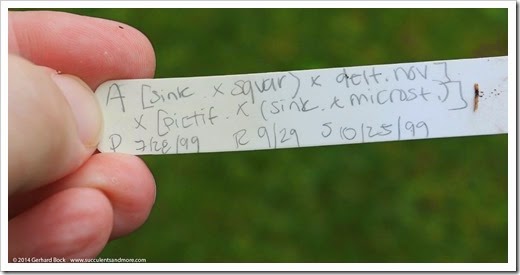 Both aloe hybrids came with the same tag, but since they look so different, I think one of them was mislabeled. Take a closer look at the tag. It gives you an idea of what a complex cross this is!

In addition, Troy recommended two Australian shrubs to trial in my garden:

Click the links to see photos of the flowers. Beautiful, aren’t they? I can’t wait to see how they do in our climate. For the time being, they’ll live in containers since they’re still very small.

The Ruth Bancroft Garden is only 45 minutes from San Francisco, an hour from San Jose, and less than an hour and a half from Sacramento. Don’t miss this sale if you live in Northern California!