As I’m writing this on Sunday morning, the weather is as perfect as can be in the fall: blue sky, a slight breeze, and a crisp 57°F with an expected high of 69°F. On Friday, things were very different: a dark brooding sky, menacing clouds, and—rain! Yes, we finally had real rain. Never mind the fact that it didn’t last long and ultimately only amounted to 0.44” here in Davis. It was still very welcome. 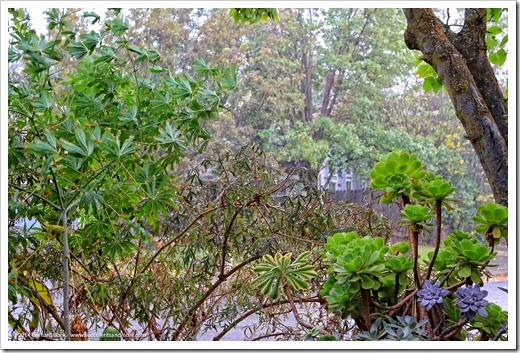 Since Friday was Halloween, I felt a bit conflicted weather-wise: I wanted the rain to continue, but I also wanted the trick-or-treaters to be able to enjoy themselves without getting soaked. Fortunately for them the rain stopped in time for things to dry off a little, and the little ghouls and goblins were able to haunt our streets in relative comfort.

One of the things I love most after a rain storm is to take a walk through the garden. The plants look so clean, and the rain drops add a layer of beauty that usually doesn’t exist. Take a look at the photos below to see what I mean. 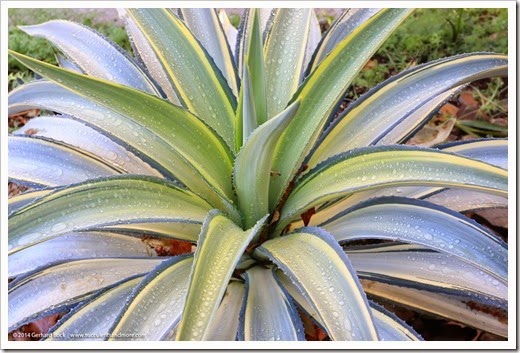 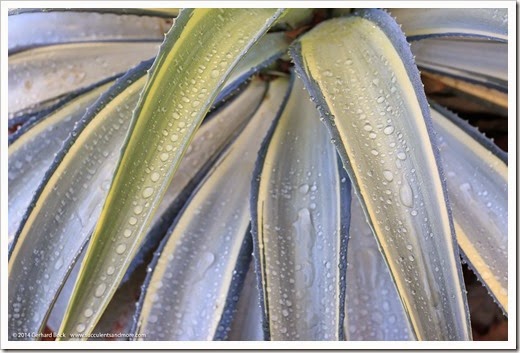 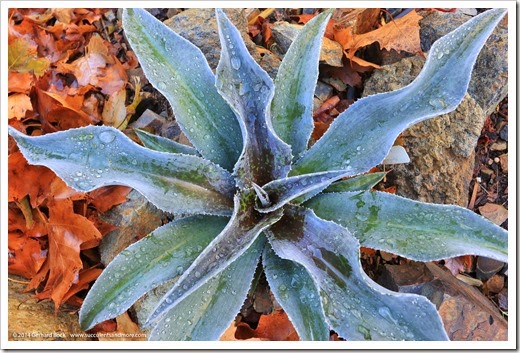 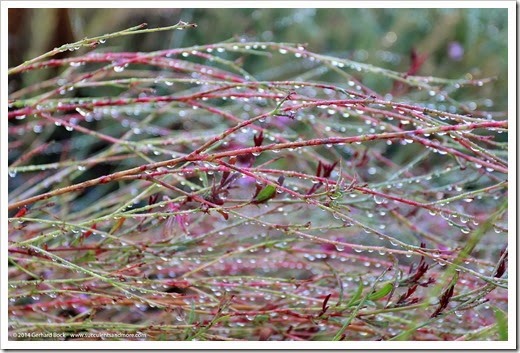 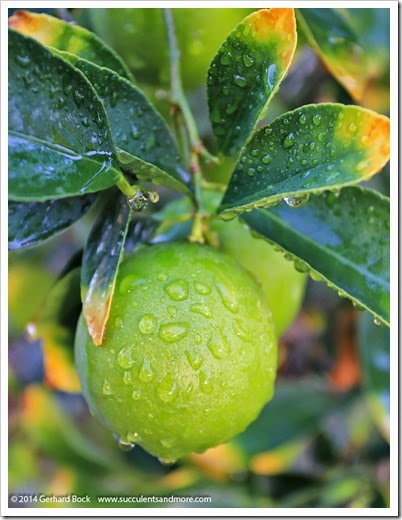 Bearss lime, turning yellow. It’s the same lime you find in the supermarket, but if it stays on the tree it will eventually yellow like a lemon. The taste is still the same. 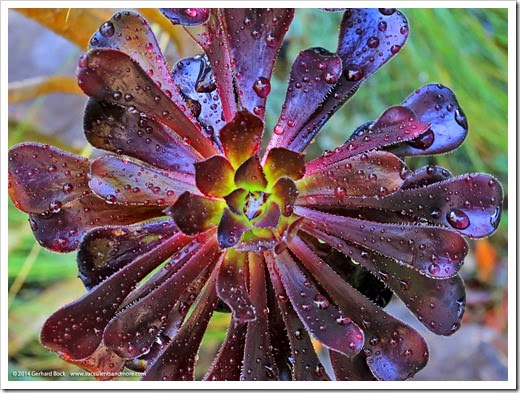 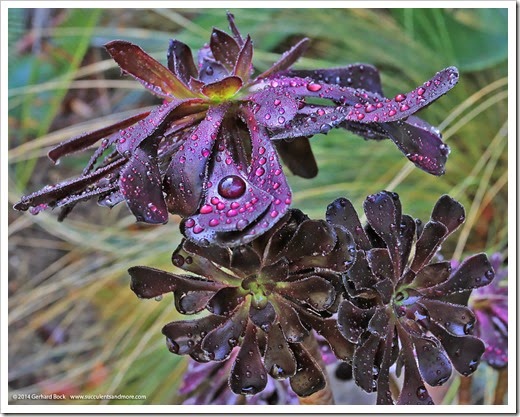 Aeonium arboreum ‘Zwartkop’. Through a trick of light, some of the rain drops appeared to be a deep purple. 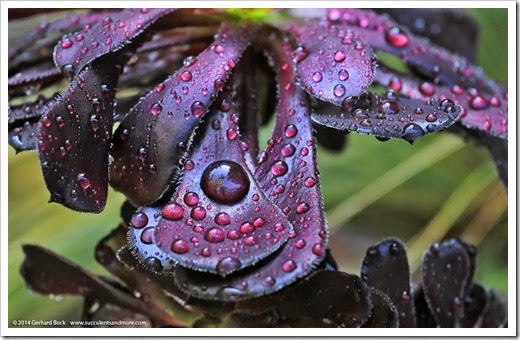 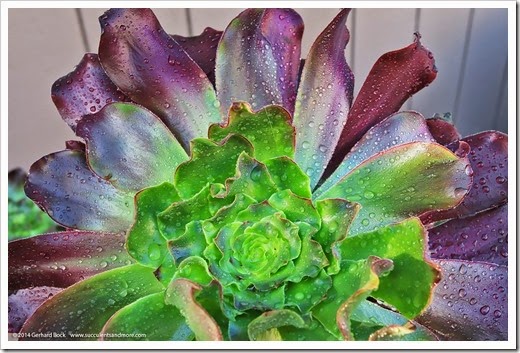 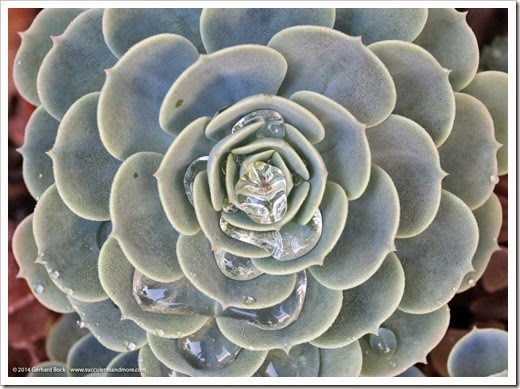 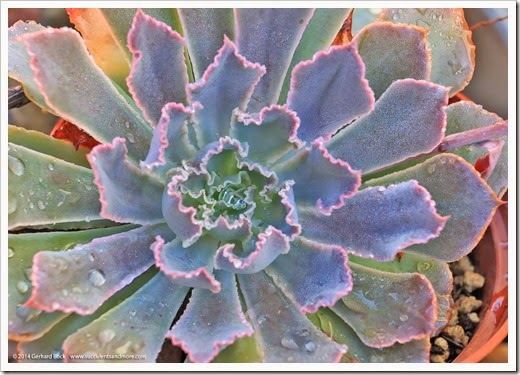 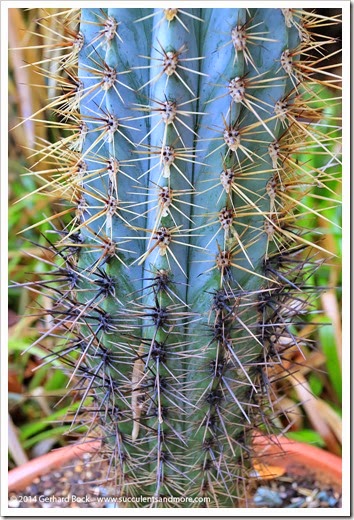 Cardon (Pachycereus pringlei). Notice how the spines at the bottom are dark because they’re still wet. The spines on top have dried already. 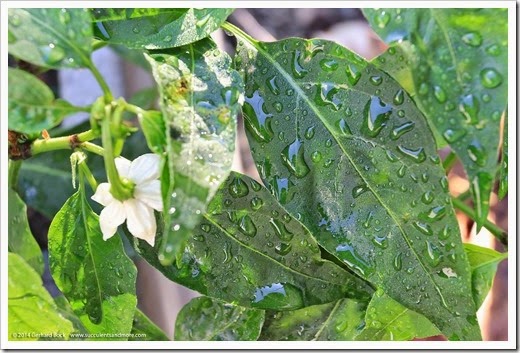 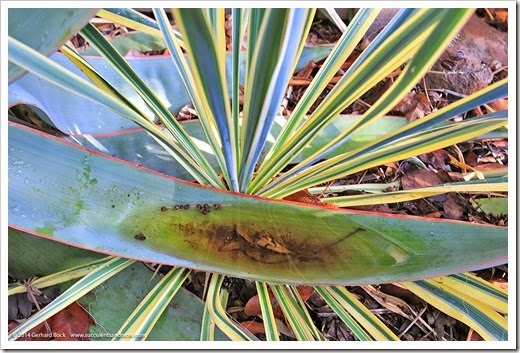 Water pooling in a coral aloe leaf (Aloe striata). The plant behind it is Yucca filamentosa ‘Bright Edge’. 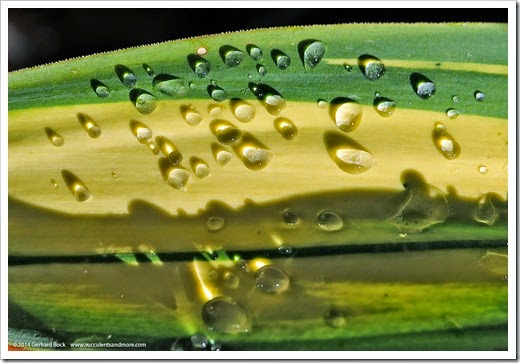 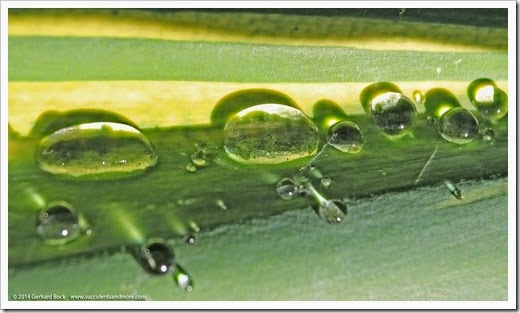 But rain also has another side effect: It causes plants to flop over, either on themselves… 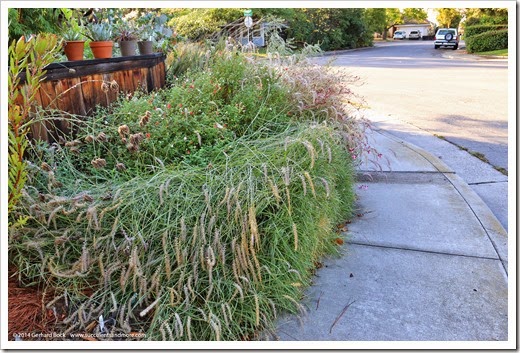 … or on the sidewalk. That’s one aspect I don’t like, but it’s a reminder that these two plants need to be dealt with sooner of later anyway. Meaning: taken out and replaced with something sturdier. 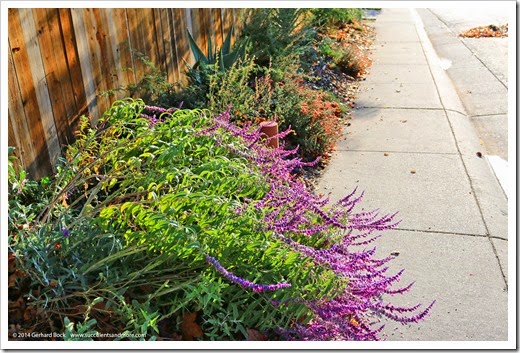