Two new agaves in my collection

Yesterday I introduced you to our new whale’s tongue agave (Agave ovatifolia ‘Vanzie’). Even as a youngster it’s a large specimen already, 2 ft. across, so it went in the ground in the back yard.

Today I want to show you two other agaves I bought recently. Both are small and will stay small, so I’m keeping them in containers.

The first is Agave pumila. This one is a bit of a collector’s item in that it is fairly difficult to find. It’s a very slow-growing species, which agave expert Howard Gentry speculated might be a natural hybrid between Agave lechuguilla and Agave victoria-reginae. It has two distinct stages: the juvenile stage characterized by a 2-4 inch rosette of short, stubby leaves (the form typically encountered in potted plants), and an adult stage with an open rosette of 16-18 inch elongated leaves. It has never been known to flower. Cold hardiness is nothing to write home about, about 28°F, but that’s not really an issue with such a small potted plant—simply bring it inside on a cold night. 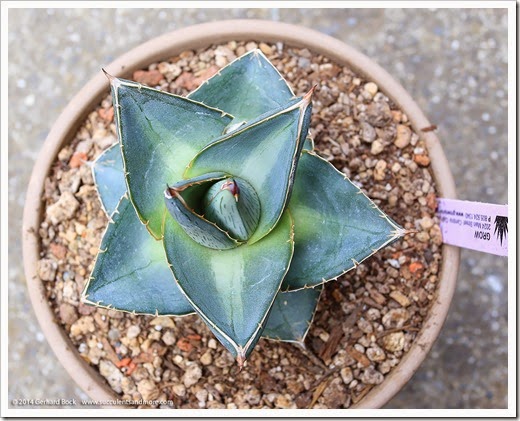 I found my specimen at the Sacramento Cactus & Succulent Society Show & Sale in early May. 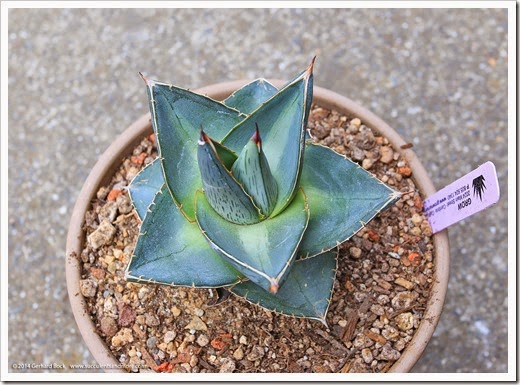 The second agave I want to show you is this pygmy agave (Agave pygmae ‘Dragon Toes’). It’s a tissue-cultured selection by Kelly Griffin. 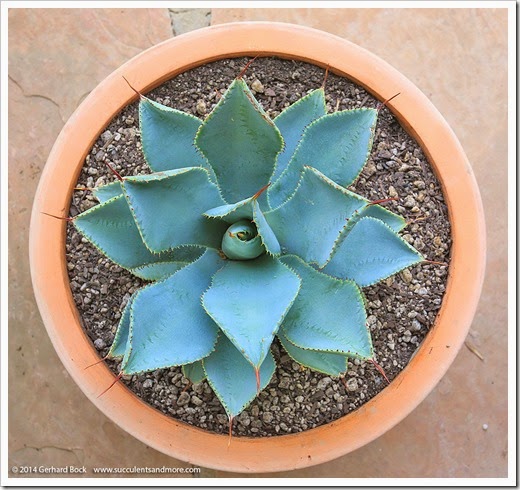 Agave pygmae is closely related to Agave seemanniana; even Howard Gentry speculated that it might simply be a stunted form. I have a very small Agave seemanniana growing in the back yard, and there is a definite resemblance, but in agaveland that doesn’t always mean very much since so many species look similar when young. 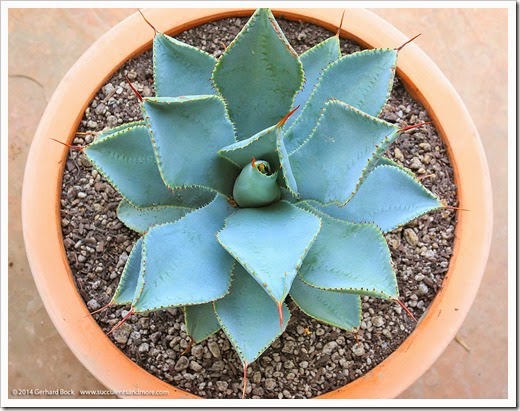 Agave pygmae ‘Dragon Toes’ only grows to 1-2 ft. in height and width, which makes it an ideal long-term container plant. Native to the the Mexican state of Chiapas which borders Guatemala, this is a zone 9b plant at best. 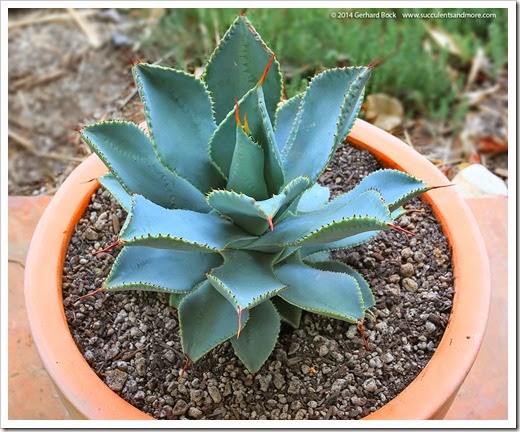 Agave pygmae is supposed to produce suckers, but mine is solitary. I purchased it in a 2-gallon can from Village Nurseries in Sacramento, and it’s currently living on the front porch.