A month ago the California poppies in the driveway succulent bed were at their peak. Even 10 days ago many of them still looked decent. But now most of them are done blooming and beginning to look straggly as they’re actively making seeds. While I do want an encore next year, I don’t want the entire bed filled with poppies, so now is the time to remove most of plants before the seed pods ripen and explode. 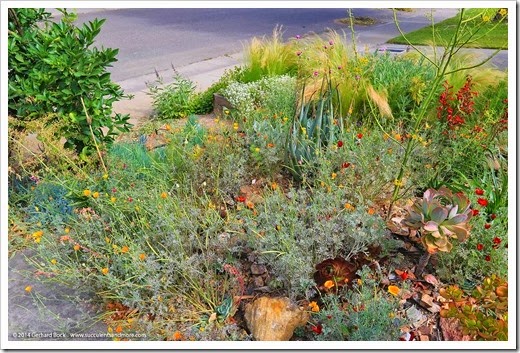 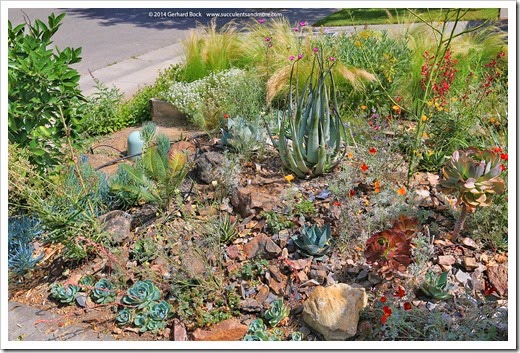 I removed most of the orange poppies but left a few of the ‘White Linen’ and ‘Red Chief’ so they can reseed.

The soil was reasonably friable so most poppies came up root and all. Here’s a photo that shows the long tap root that allows them to take hold in dry and inhospitable places. 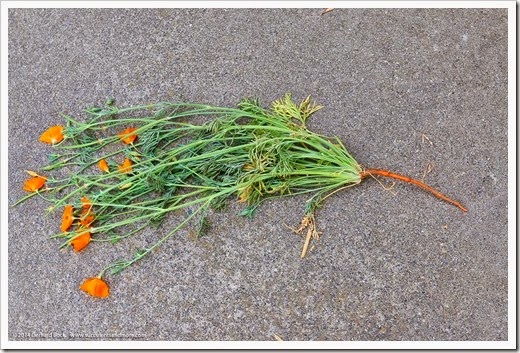 With many of the poppies gone, other plants are now able to shine, for example this agave-leaf sea holly (Eryngium agavifolium). It has sent up a 5-foot inflorescence covered with small flowers (they have yet to open). 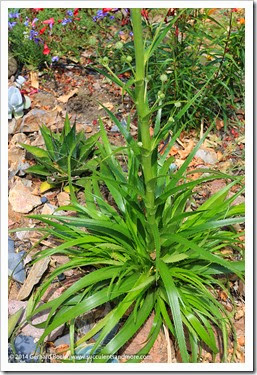 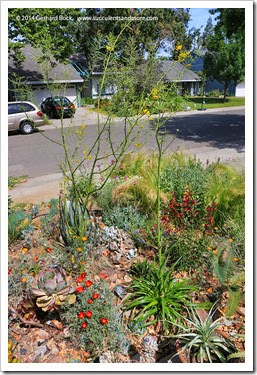 This Agave ‘Sun Glow’ is visible again. I was worried about it getting sunburned, now that it is so exposed, but fortunately we have some clouds today. I may still cover it in the afternoon for a few days. 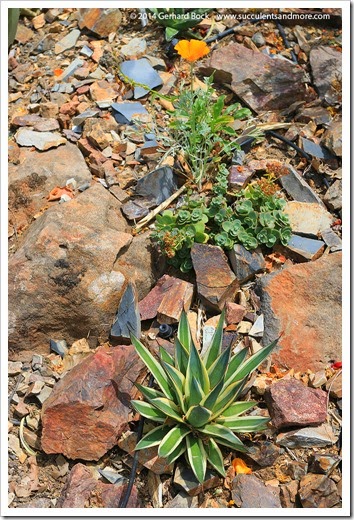 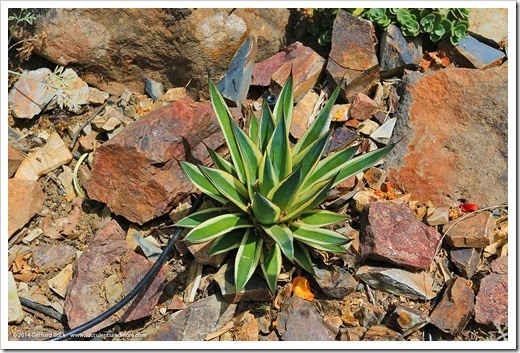 This Agave parrasana, one of my favorites, has orange debris from the poppy flowers between its leaves. 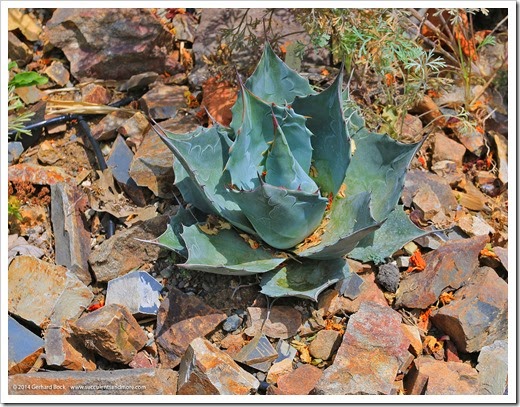 While I miss the poppies, other flowering perennials are taking over, like rock purslane (Calandrinia spectabilis) and Penstemon gloxinoides ‘Firebird’. 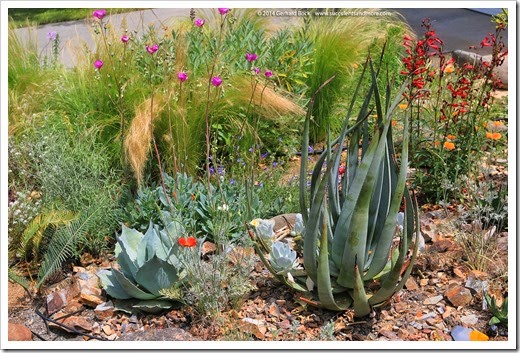 They look beautiful behind the Agave ovatifolia ‘Frosty Blue’ and Aloe cryptopoda. (The Mexican feather grass on our neighbor’s side helps, too.) 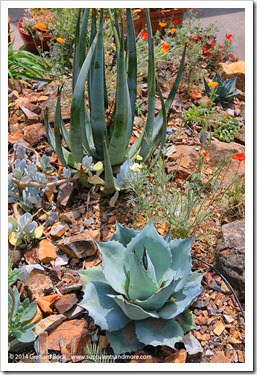 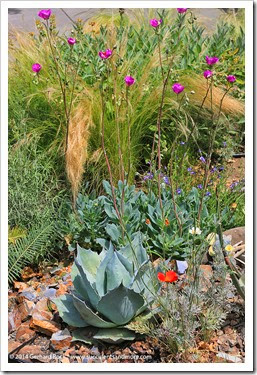 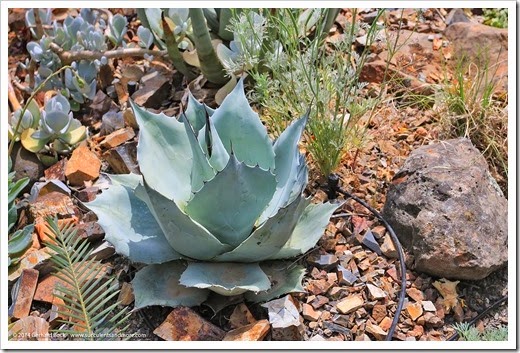 One newly uncovered agave isn’t looking so hot: Agave parryi var. neomexicana ‘Sunspot’. But then, this variegated selection from High Country Gardens has never looked particularly healthy. It is growing, but the leaves have always had this strangely deformed look. Not sure what to do with it; I’ll give it until the end of the summer before deciding on its ultimate fate. 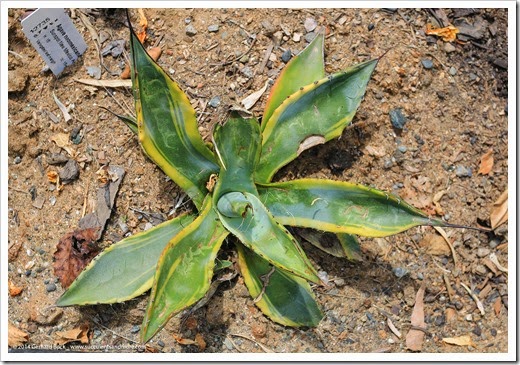 Two years ago, I photographed this specimen at B&B Cactus Farm in Tucson, AZ, so I know how drop-dead gorgeous ‘Sunspot’ can look: 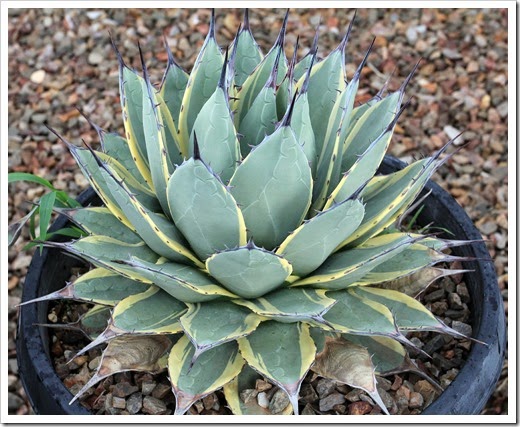