Like kids outgrowing their clothes, plants often outgrow the space where they were originally planted. Case in point: the mounded succulent bed next to our front door: 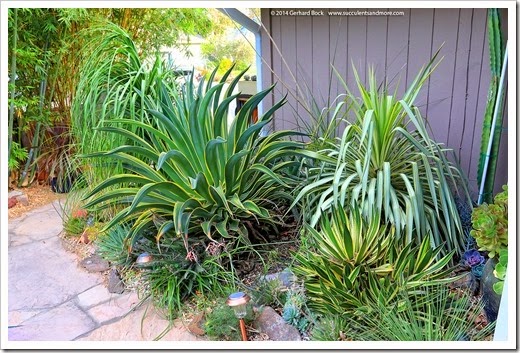 For kicks, take look at what this area looked like on May 1, 2009 shortly after it had been planted: 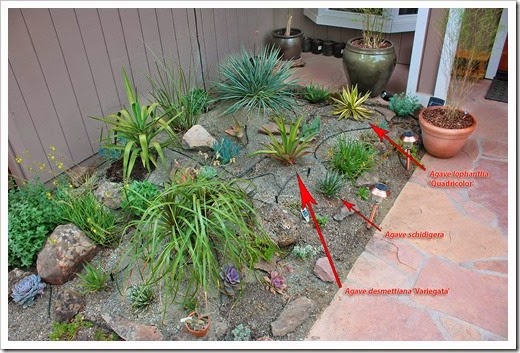 Sure, the bed looks good at first glance, but there are two things that have been bothering me. The Agave lophantha ‘Quadricolor’ on the right has way too many pups. I shouldn’t have let it go that long, especially since the pups are easy to remove when young—just pull. 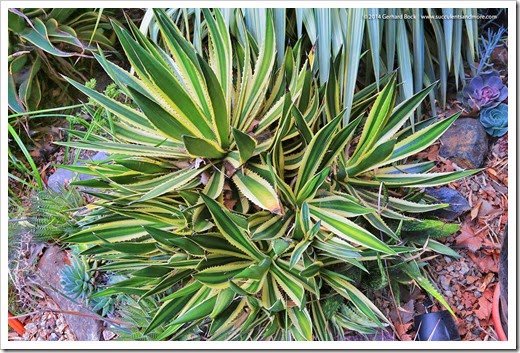 Secondly, my lovely Agave schidigera has gotten completely buried under the hulking Agave desmettiana ‘Variegata’ behind it. Yes, there is an agave in there somewhere. I also hated that dwarf papyrus-like thing growing under there in virtually dry soil—I have no idea what it was or where it came from. 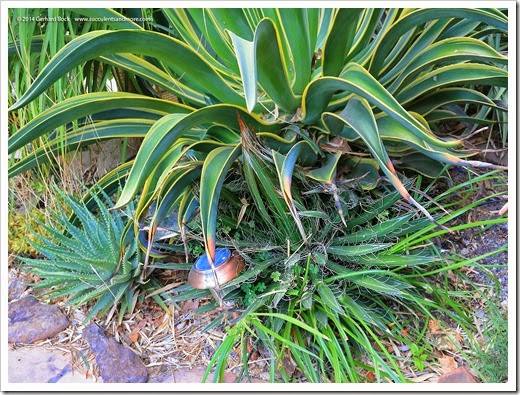 The Agave lophantha ‘Quadricolor’ came up very easily. Wearing my trusty welder’s gloves, I first pulled off as many pups as I could. Then I used a shovel to lift out the mother plant and the remaining pups.

I ended up with quite a few offsets: 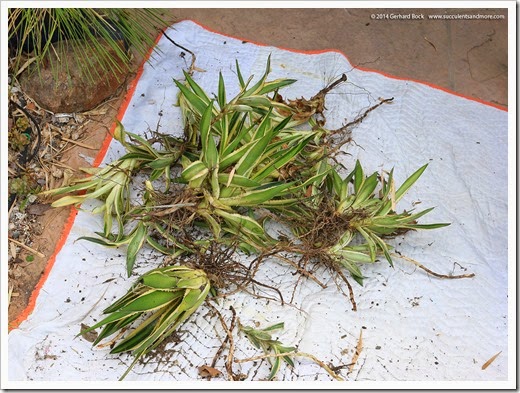 Here’s the mother plant (top left) and some of the larger babies: 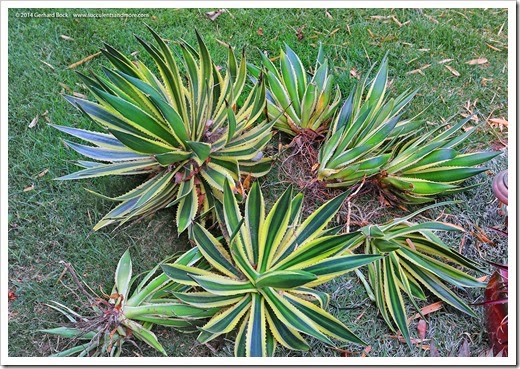 Next I removed the remaining roots of Agave lophantha ‘Quadricolor’ and loosened the soil a little. 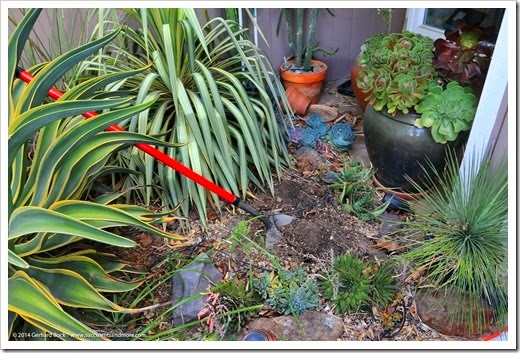 Then began the sweatiest and most time-consuming phase: removing the Agave schidigera. I didn’t take any pictures since I was working hard but believe me, I cursed a time or two. I basically had to sever all the roots first because I had very little to grab onto and yank. But as is always the case, perseverance prevailed and eventually I had the agave out.

After a bit of cleaning and grooming, I planted it in the same spot previously occupied by Agave lophantha ‘Quadricolor’ and then stabilized it with a few flat rocks. Now it needs to establish new roots, which shouldn’t take long. 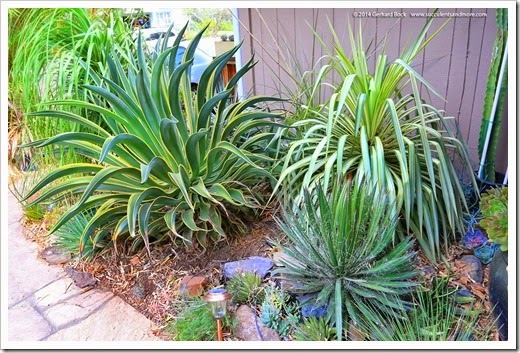 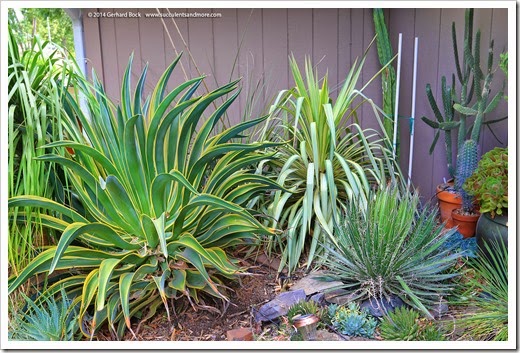 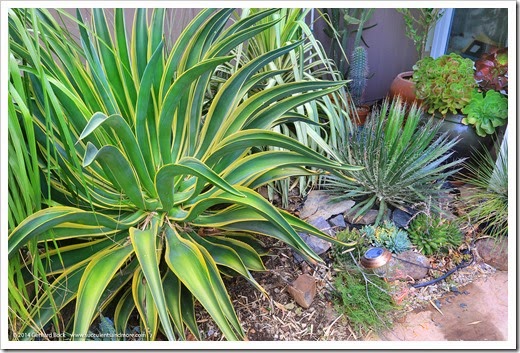 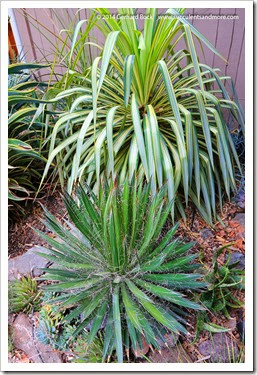 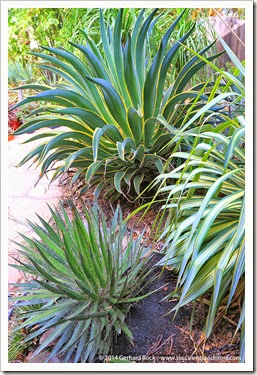 The backside that been towards the Agave desmettiana ‘Variegata’ is pretty squished. It should straighten out over time. 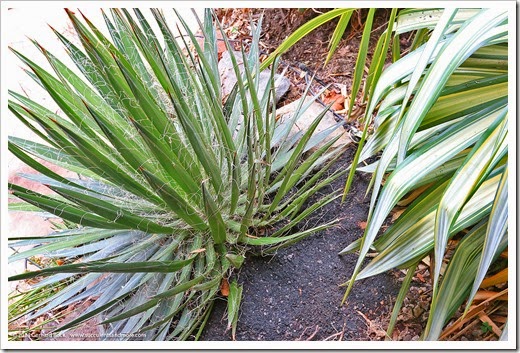 Hard to believe this fairly large Agave schidigera (26 in. across) had been under that Agave desmettiana ‘Variegata’! 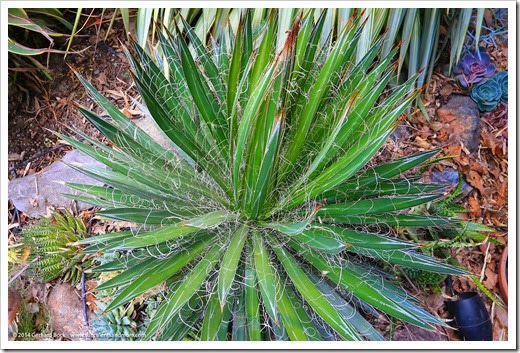 This is a truly beautiful species, and I’m glad I’ll be able to enjoy it in all its splendor now. 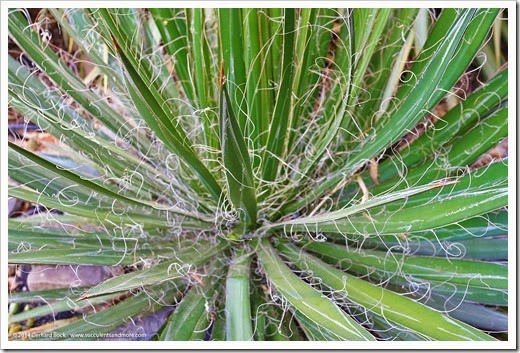 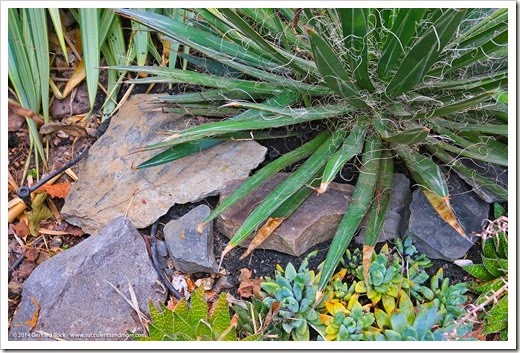 Guess what else I found in front of where the Agave schidigera had been: a small Agave parviflora with a couple of babies. I remember planting it years ago, but I thought it had perished. Nope, it had been fighting all this time for light and water but it didn’t die. 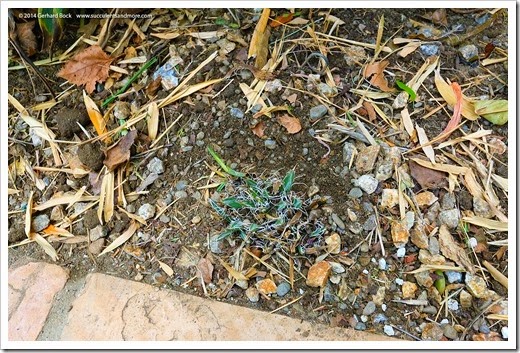 This is one the smallest agave species and looks very ornamental in a container. I’ll dig it one and put it in a nice pot this weekend. 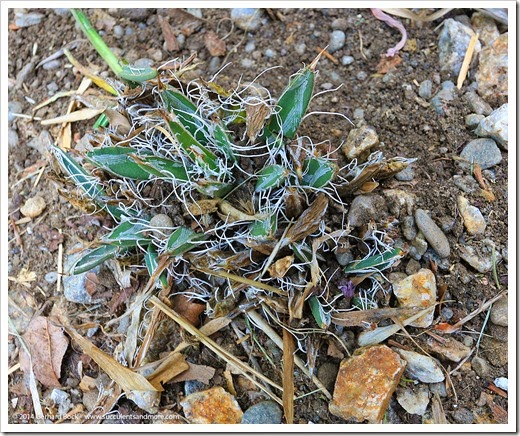 So what am I going to do with the Agave lophantha ‘Quadricolor’? The mother plant will go in a large pot in the backyard and the pups will be given away. I’ll meet a few succulent fanatics tomorrow for the Garden Conservancy’s East Bay Open Day and they will get some. If you live in the Sacramento area and would like a pup, let me know!