It’s good there’s no such thing as Plant Protective Services, otherwise I’d be in trouble more often than not. While I take good care of the plants that thrive and look beautiful, I tend to neglect the ones that struggle and may not be that pretty to look at. I call it survival of the fittest, but it probably is simply cruelty against plants.

Case in point: this Agave americana ‘Mediopicta Alba’. I bought it at a yard sale years ago and planted it in a large (20” x 18”) glazed ceramic pot. I was being very careful not to overwater it since the pot holds a lot of soil—to the point where I often forgot to water it for weeks on end. Scrappy thing that it is, it did it best to please me by producing lots of offsets, but they, too, looked straggly. Eventually I began to ignore it altogether. Do you now see what a terrible guy I am? 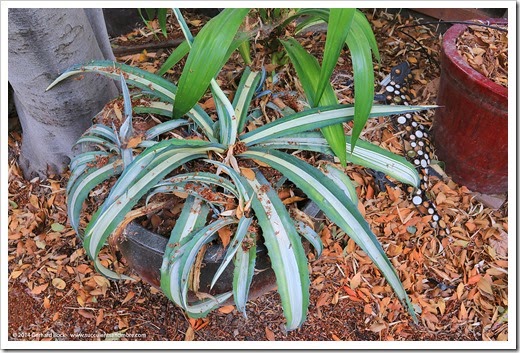 Last Sunday I decided that I had to put a stop to this. I put on my thick welding gloves, expecting a battle, but the mother plant simply lifted right off. It’s not dead—in fact, there are some new roots—but without a more extensive root system no agave can thrive. 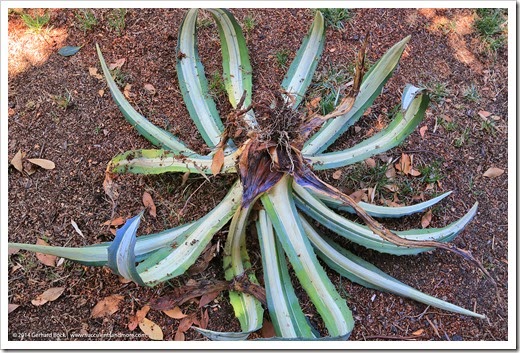 The soil in the pot was bone dry, and the pups were all but buried under bay leaves. Needless to say the pups came out just as easily. 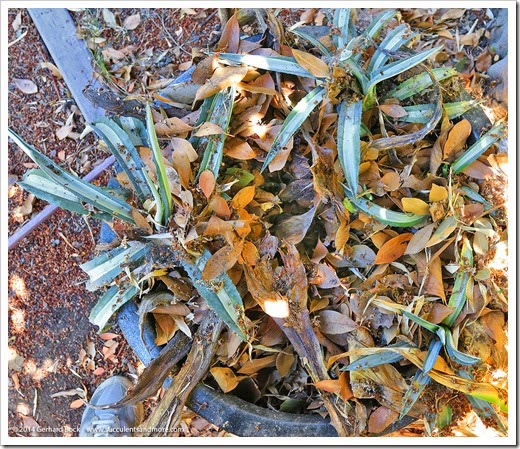 After a bit of cleaning, the mother plant doesn’t look that bad. I placed it in a temporary pot until I figure out what to do with it. 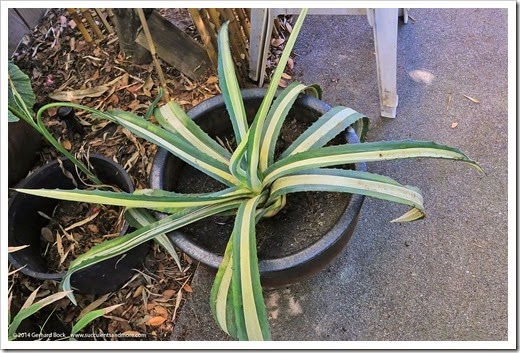 I also ended up with five pups, now rooting in their separate containers. 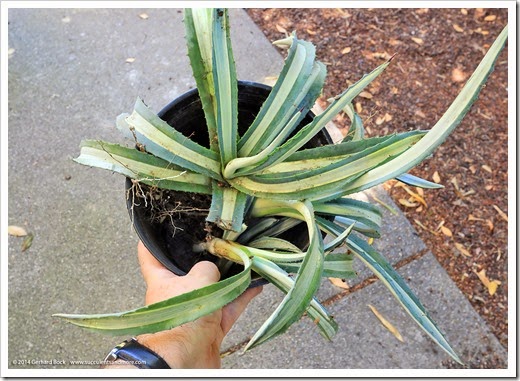 At first I wasn’t sure what to replace the Agave americana ‘Mediopicta Alba’ with. I wanted something that would contrast with the Beschorneria albiflora planted in the ground behind the pot (after removing a bunch of dead leaves, you can now see its trunk).

Eventually I opted for an Agave dasyliroides, purchased in 2011 at a Ruth Bancroft Garden plant sale. It has more than quadrupled in size since then and looks great juxtaposed with the beschorneria leaves, which are wider and a deeper green. 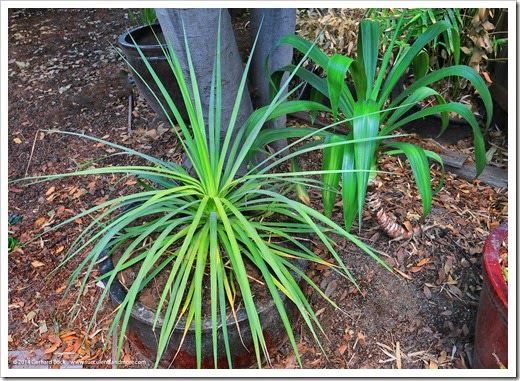 Agave dasyliroides is rarely seen in gardens. Yucca Do Nursery describes it as follows:

This plant probably represents the oldest living relic of the agave clan - clinging to outcroppings of volcanic rock in a climate that is mild and moist year around you begin to see that this not your typical desert succulent.

San Marcos Growers rates it as hardy to 25-30°F. My potted specimen was completely unprotected in last December’s cold snap that took us down to the mid 20s, and it didn’t sustain any damage at all. 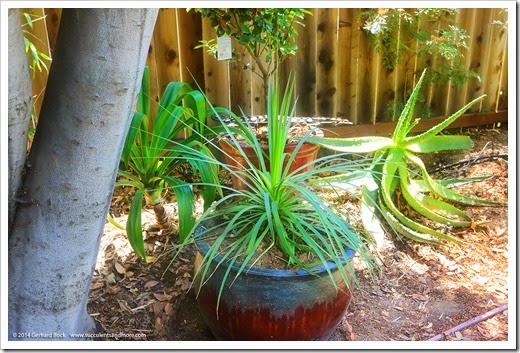 Agave dasyliroides reportedly takes more water than most other agaves, so I won’t have to be as stingy as I was with the Agave americana ‘Mediopicta Alba’.

Another positive sign that I won’t neglect it as I did the previous inhabitant of this pot: Just this afternoon I removed two stray bay leaves that had gotten stuck between the leaves.