This past weekend, the Sacramento Cactus & Succulent Society held its 54th Annual Show & Sale. I was helping out on both days, but because of a bad cold that slowed me down, I didn’t take as many photos as I otherwise would have. Still, I’m sure you’ll get a fairly good idea of what a show like ours is all about.

Much to the organizers’ relief, a line started to form at the gate well before the doors opened to the public at 9am. Countless hours of volunteer work go into a show like this, and the biggest reward is a large crowd—especially if they spend liberally. 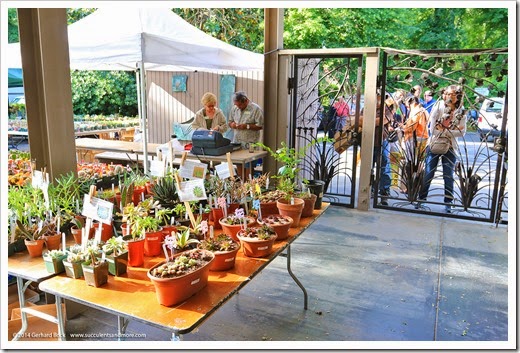 Sale tables with plants from vendors from Northern and Central California filled the courtyard at the Shepard Garden and Arts Center. I thought the selection was particularly nice this year. No matter what your favorite group of succulents or cacti is, you were sure to find something to your liking. 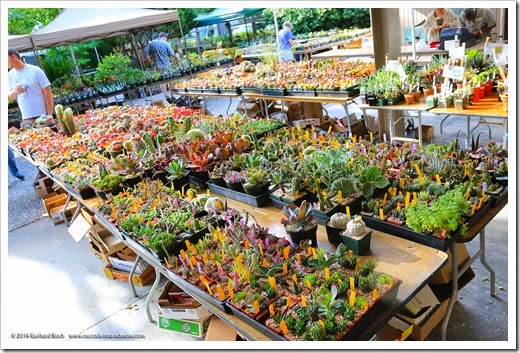 Many of the cacti on Bill Munkacsy’s tables (Planta Seca) were in bloom, drawing visitors like like moths to a flame. 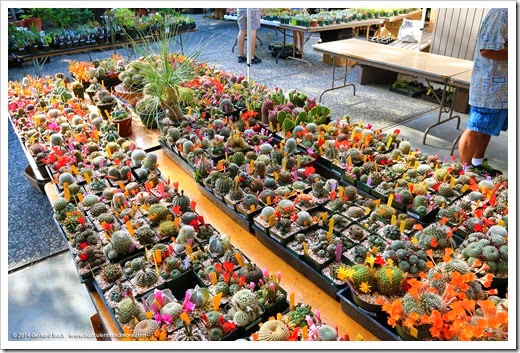 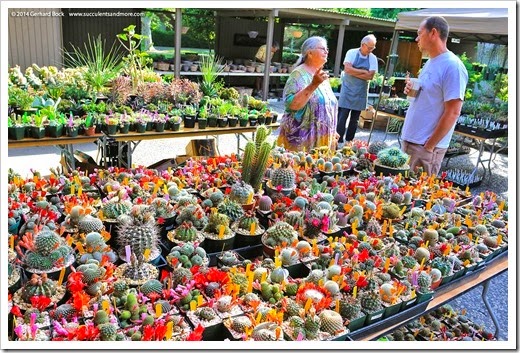 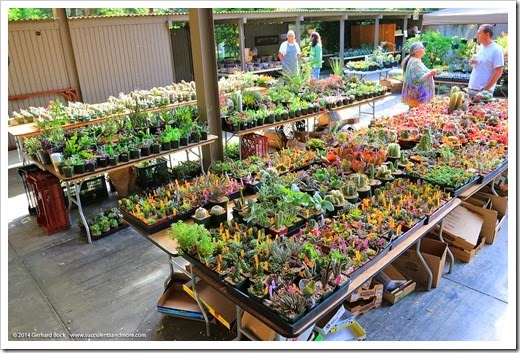 Nick Wilkinson (GROW Nursery) had brought a large variety of interesting plants from Cambria, ranging from succulents to cacti to caudiciforms. My find of the day was a rare Agave pumila at a very fair price. 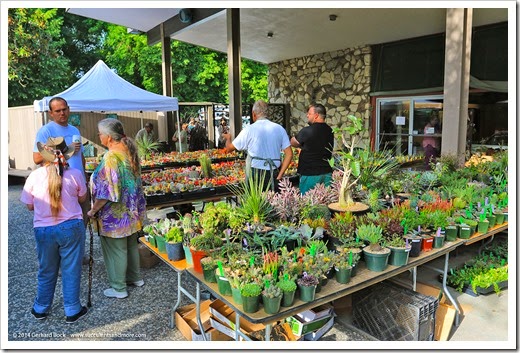 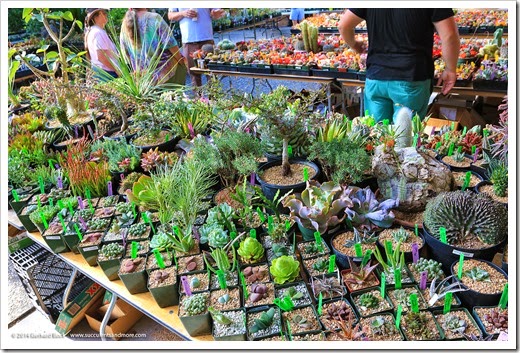 But what would be plants without pots to put them in? Three vendors were selling containers. One of the was Mark Muradian, one of my favorite potters, whose table I inexplicably forgot to photograph. (Blame it on my cold.) Mark will give a presentation at the Sacramento Cactus & Succulent Society later in the year, and I’ll take photos of his stunning pottery then.

The second pottery vendor was Connie Esquibel. Here whimsical face pots have quite a following and once again proved to be very popular. 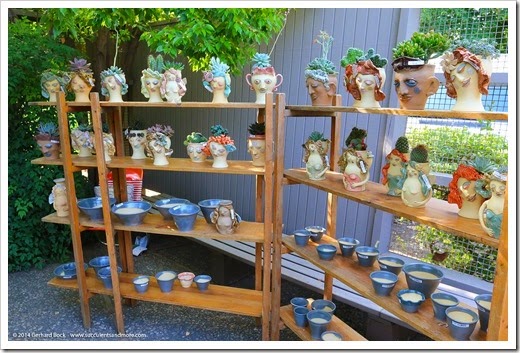 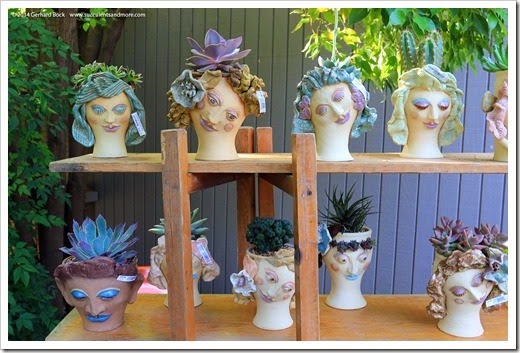 The third vendor of containers was Donna Taylor (Melted Bottle) whose planters made of wine and liquor bottles are always a standout. 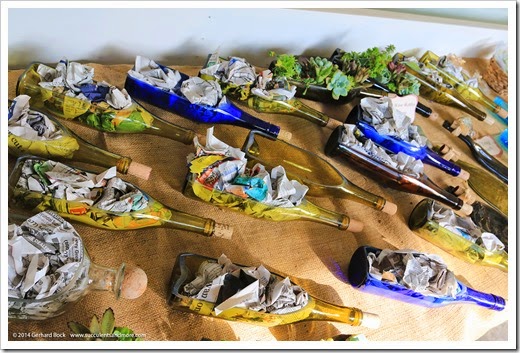 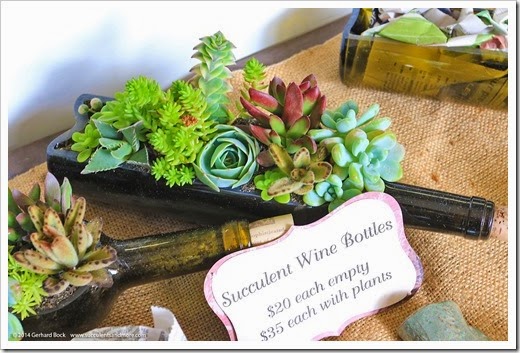 Donna also had wall pockets and rusty scoops for sale: 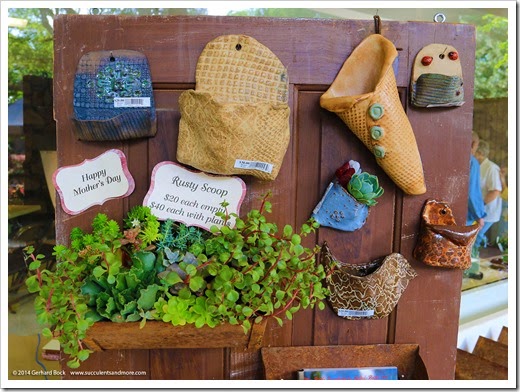 As you may remember, Donna Taylor and her husband Keith teach pottery workshops out of their house in Fairfield.

The juried cactus and succulent show was set up inside the Shepard Garden and Arts Center. As always, the caliber of plants entered in the show was very high. I didn’t photograph every single entry, but here are a few photos to give you an idea of what there was to see. 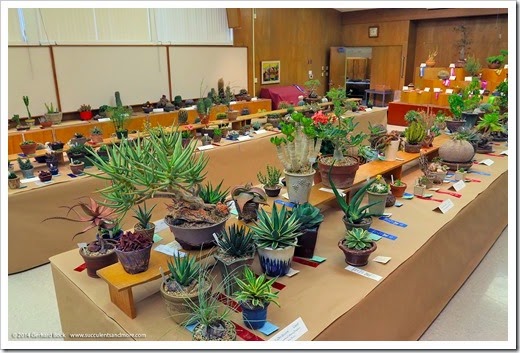 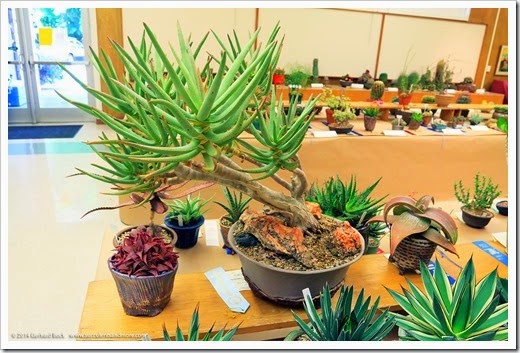 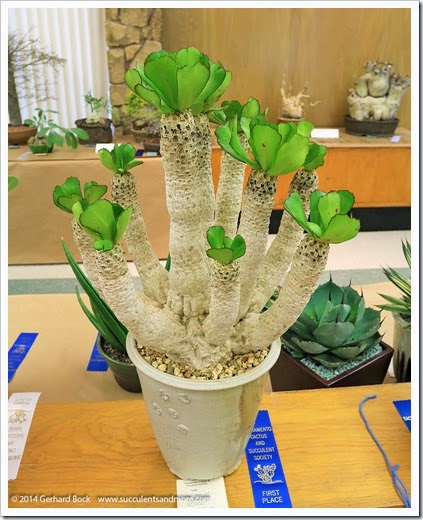 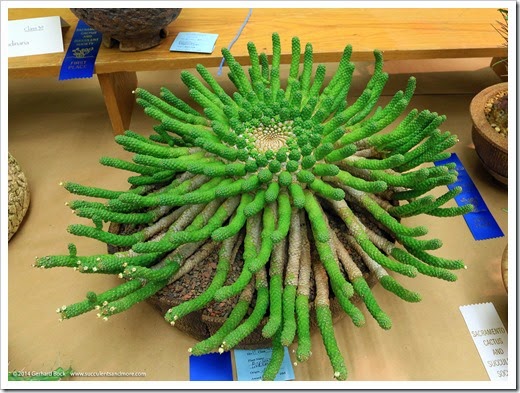 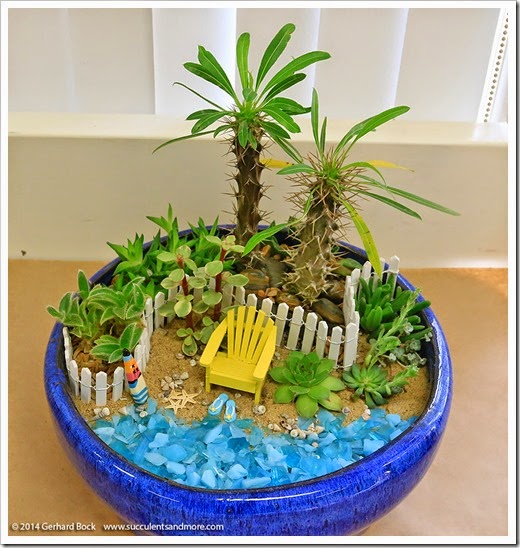 The best-in-class winners were displayed on the stage. 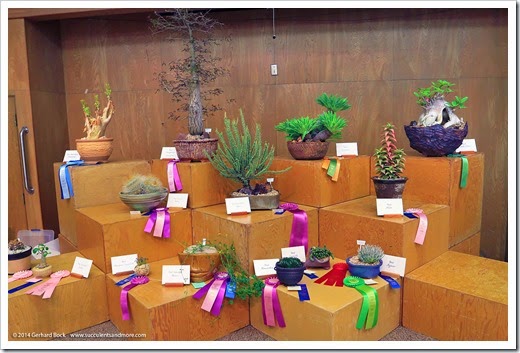 These two were my favorites: 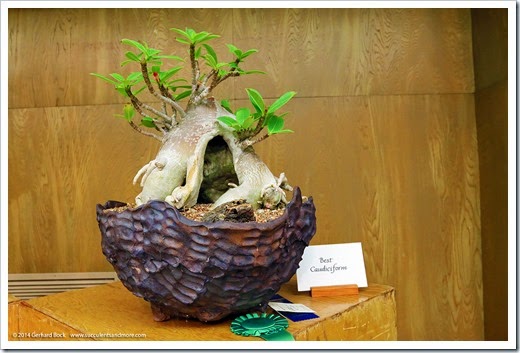 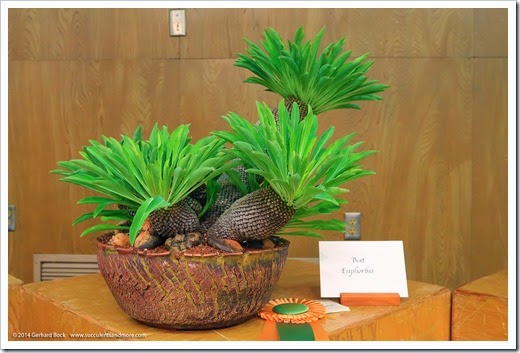 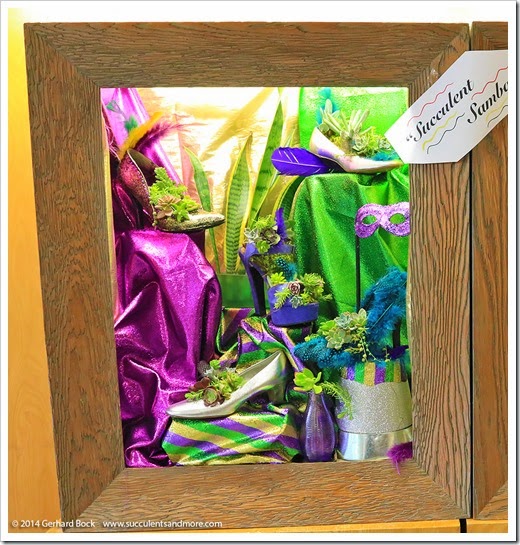 Winning shadowbox by the Dickey family 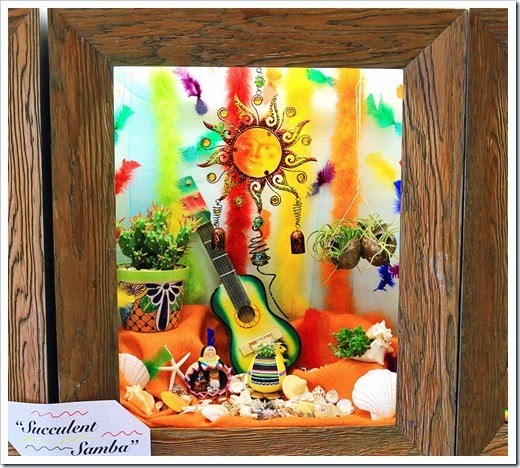 Runner up by Candy Suter