My first stop of the day was the Arizona-Sonora Desert Museum (ASDM). Located in the desert to the west of Tucson, this 98-acre park is one of my favorite places in Arizona. After visiting the Desert Botanical Garden in Phoenix a couple of days ago, I was afraid the ASDM might have lost some of its luster in my pantheon of favorite public gardens. Fortunately, that was not the case. The Desert Botanical Garden may have a larger variety of plants, but it also feels more “domesticated.” The ASDM, in contrast, is a bit wilder, especially the lower trails that are mostly natural desert. I love both, and I’ll never be able to pick a favorite among the two.

Here are some of the photos I took today: 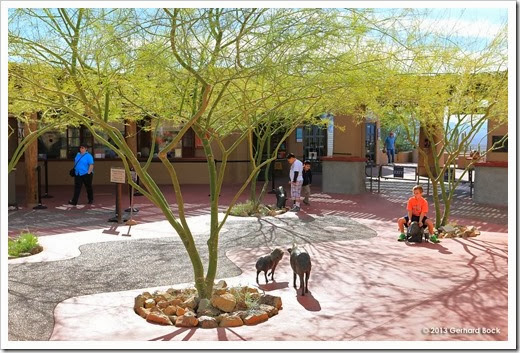 Entrance plaza.
Note the trees: They are the ‘Desert Museum’ palo verde hybrid. 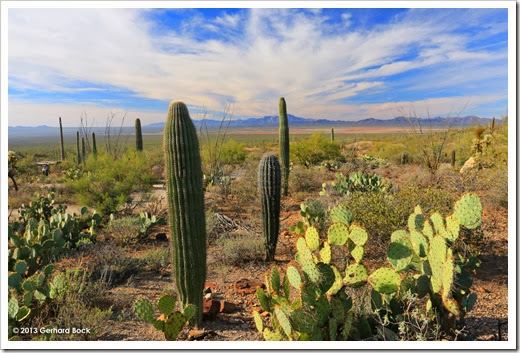 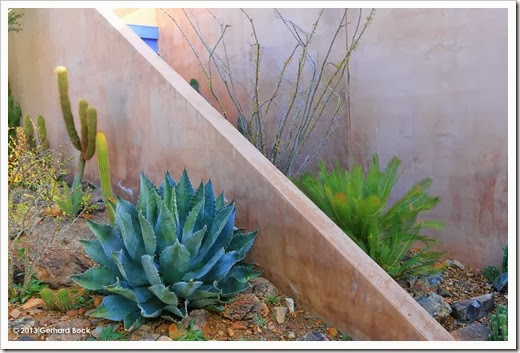 Desert garden near the Ironwood Gallery 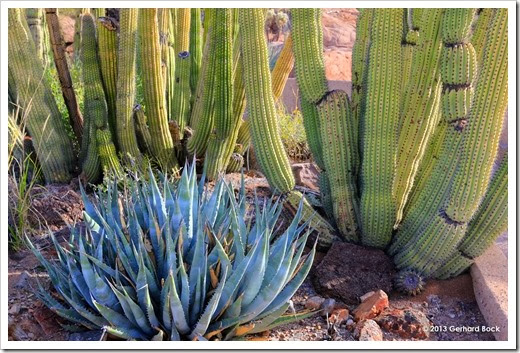 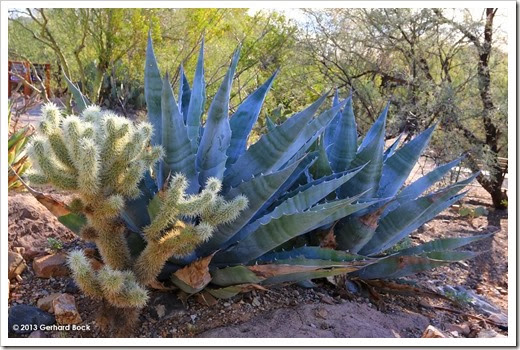 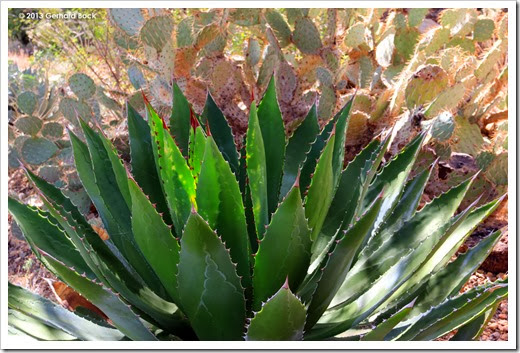 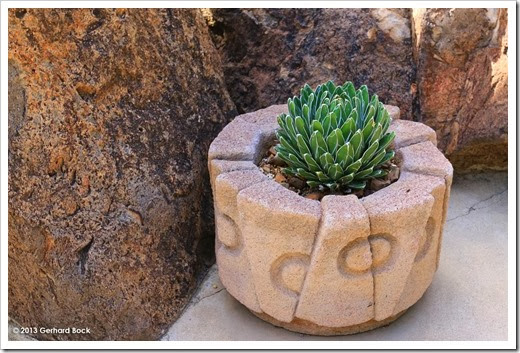 Stop two was Desert Survivors Nursery. This is the most unique nursery I’ve ever visited, not so much because of the plants it carries, but because of its back story. Desert Survivors is a local human services agency that offers early childhood development services and, through its retail nursery, provides employment to adults with disabilities. The nursery focuses exclusively on “bioregional” plants (in their definition, “plants native to within 500 miles of Tucson”). As you can see from the photos below, this isn’t a “pretty” garden center, but the kind of nursery that is 100% about the plants. In addition to shrubs, trees and perennials, there was a small but interesting selection of succulents, especially cacti.

If I had driven to Tucson instead of flown, I would have loaded up, but being tight on space, I only bought a new-to-me claret cup variety (Echinocereus triglochidiatus var. otacanthus). 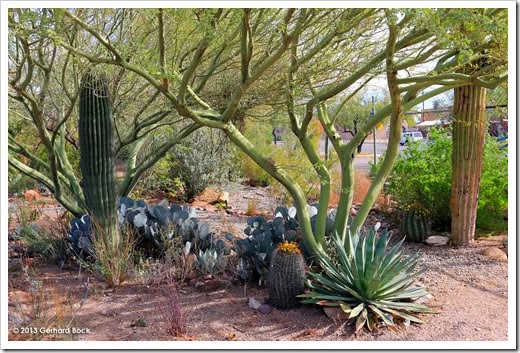 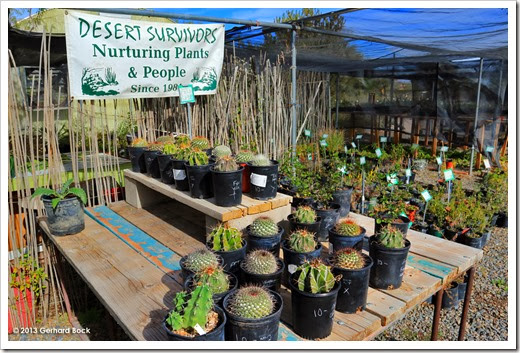 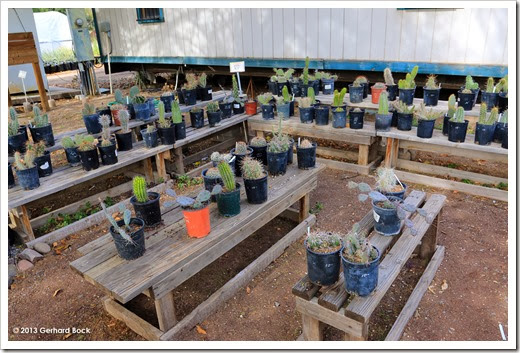 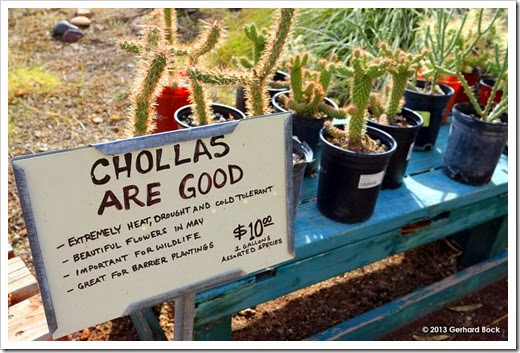 My third and final stop of the day was Tucson Botanical Garden (TBG). Located on 6 acres off a busy street in the heart of the city, this was the home of a local family from the 1930s until the mid-1970s. Today, the TBG comprises 16 individual gardens, ranging from an herb and butterfly garden to a Zen garden and several xeric gardens. Some of these were mere vignettes and not of much interest to me, but the dry gardens really shined.

What makes the TBG special is its manageable scale: Instead of the massive expanse of the Desert Botanical Garden in Phoenix and the Arizona-Desert Museum and Tohono Chul Park here in Tucson, this is a much more intimate place. Walking around, I found it easy to imagine that this could indeed be the private property of a lucky (and well-to-do) individual or family.

Here are some teaser photos to tide you over until I write a dedicated post: 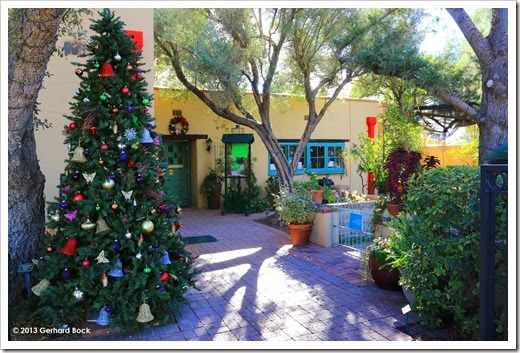 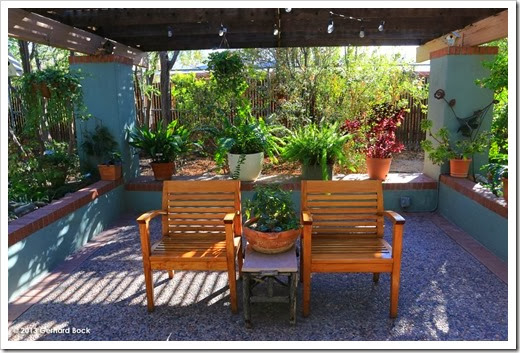 One of the Sensory Patios 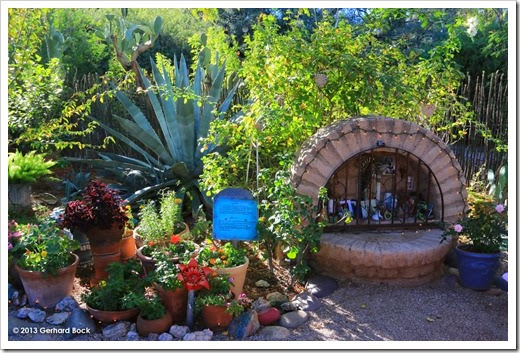 Aloe Alley.
The plant in the foreground is an Aloe marlothii, much more glaucous that the typical form. 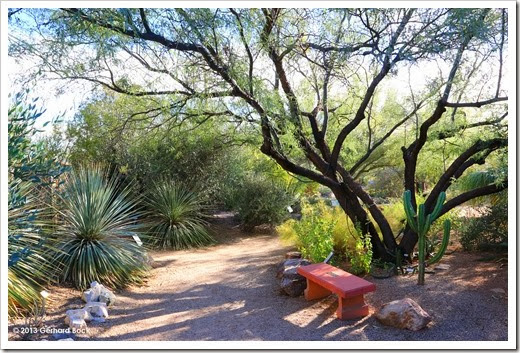 Path in the Xeriscape Garden 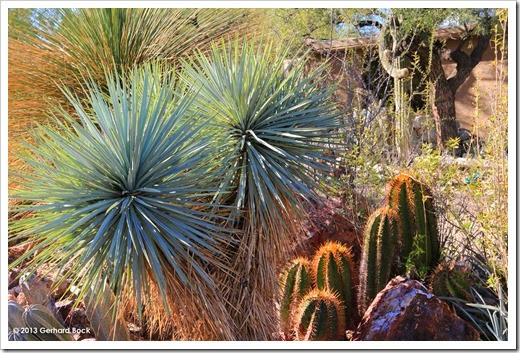 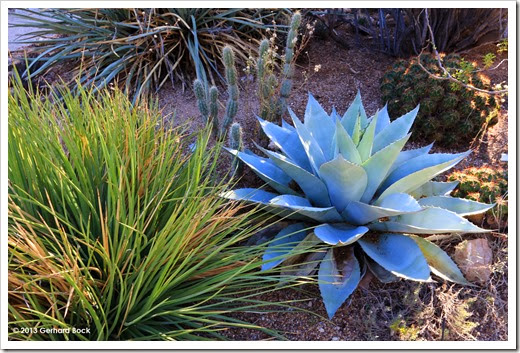 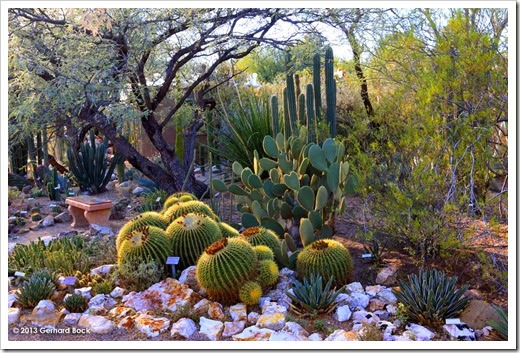 Today was my last day in Tucson. Tomorrow (Wednesday, December 4) I’ll head back up to Phoenix, via the town of Superior where I will visit the Boyce Thompson Arboretum.