My Arizona plants have arrived

My plant purchases from my Arizona trip arrived today. The box I’d shipped from Scottsdale last Friday arrived more or less intact, but it didn’t seem quite as full. 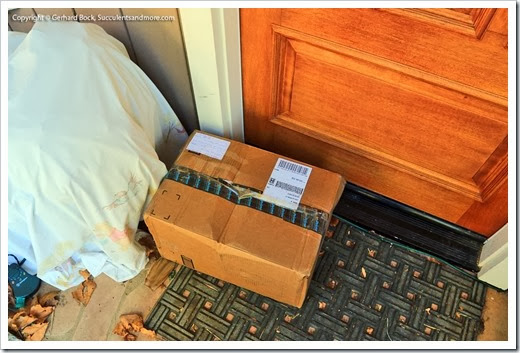 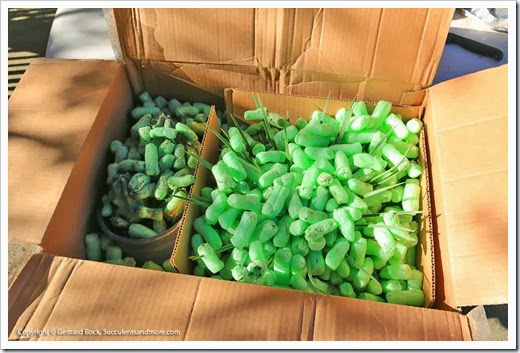 I was very surprised since I’d filled the entire box with packing peanuts. Now it looked like a 3-inch layer was missing. Could the peanuts have settled that much?

“Shrunk” is more like it. The only thing I’d been able to find at Staples in Phoenix were “environmentally responsible” packing peanuts made from corn starch. Clearly they didn’t hold their shape all that well. 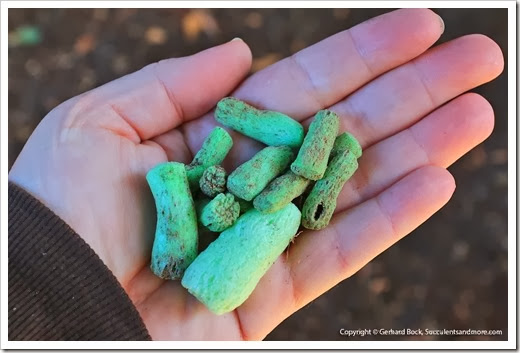 I’m all for biodegradable products but traditional Styrofoam peanuts would have been much better.

I must admit, though, that the green peanuts added a festive touch, especially to the Yucca queretaroensis I’d bought from Greg Starr. 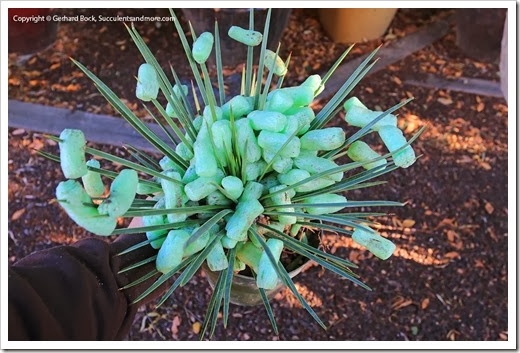 I didn’t do a very good packing job since most plants lost at least some of their soil. 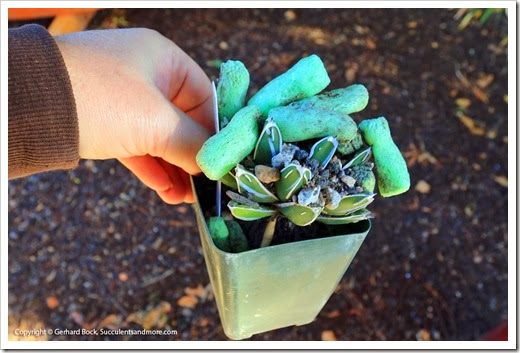 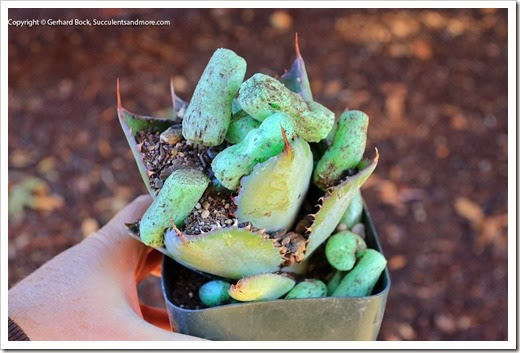 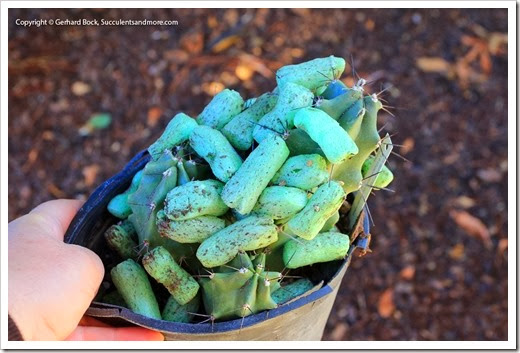 This Agave mckelveyana lost most of its soil. I might as well have shipped it bare-root! 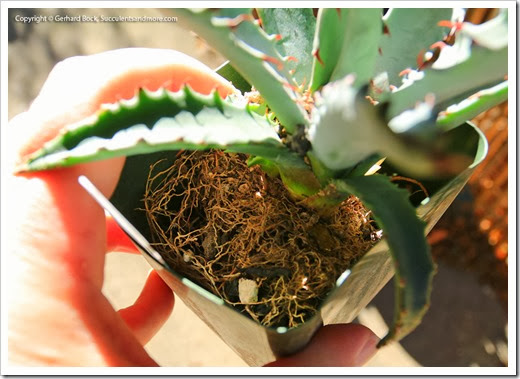 But in spite of their rough journey, I’m confident that all plants will make it. They don’t look bad at all, cleaned up, with fresh soil and/or in new pots! 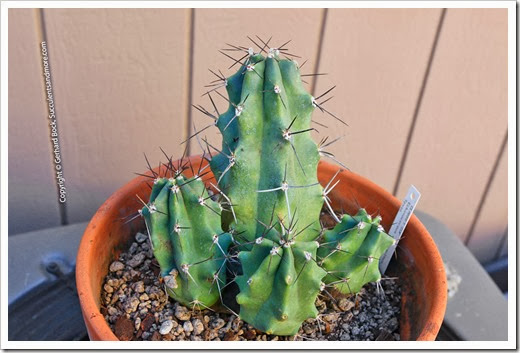 …all other plants I bought from Greg Starr. 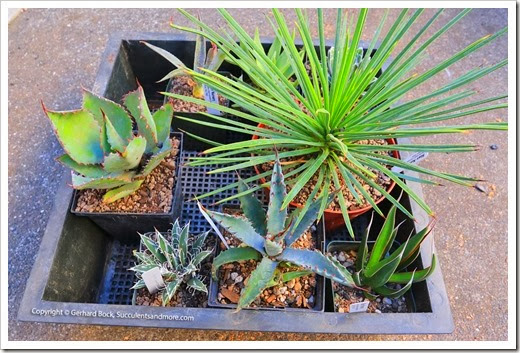 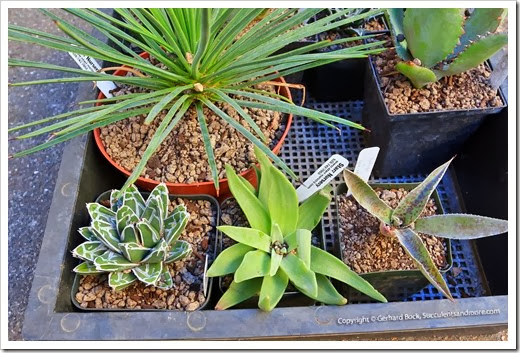 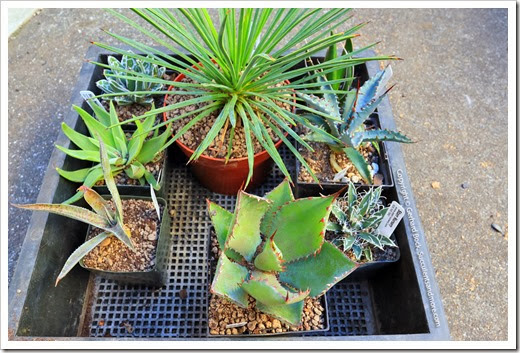 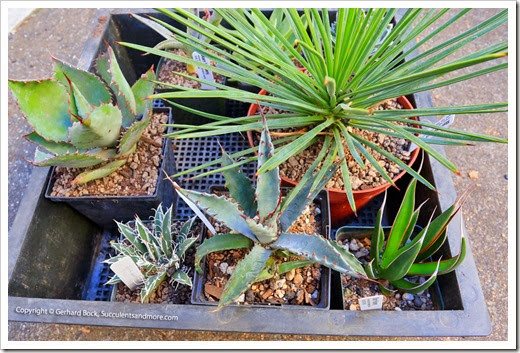 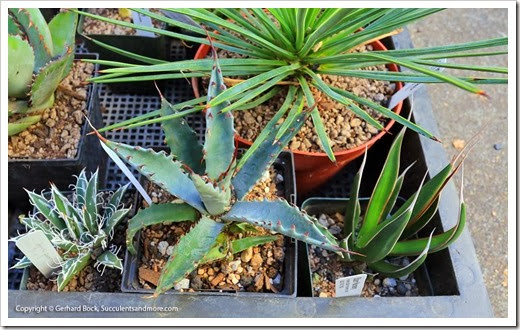 Queen Victoria agave (Agave victoria-reginae) is a crowd pleaser, and I have a soft spot in my heart for it as well. I already have a couple, but I couldn’t resist the beauty you see in the next photo. It has much more striking white markings than most Queen Victoria agaves. Greg had a whole batch of superior specimens, and I wish I’d bought a few more. 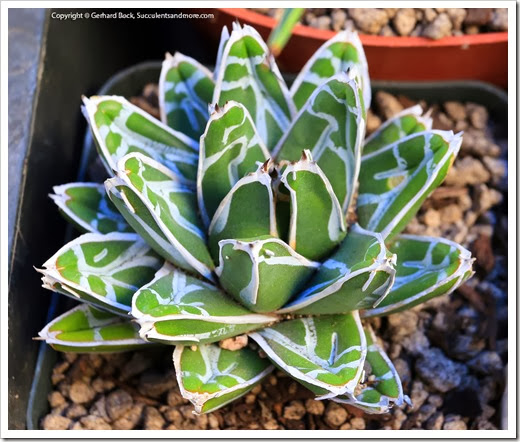 I’ll write more about my new purchases as I plant them out next spring. In the meantime, here’s some quick info: