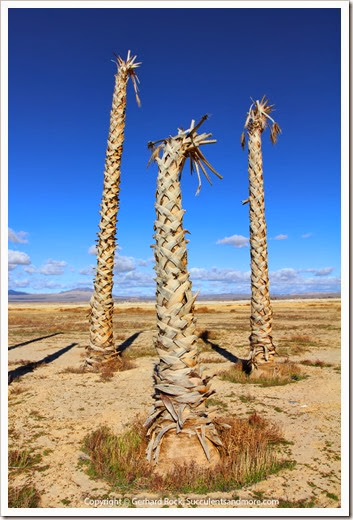 Normally December is one of our wettest months; this year it’s been one of the driest on record. The snowfall in the northern Sierra Nevada, where most of our water supply comes from, has only been 10% of normal. A persistent high-pressure ridge stretching over a large swatch of the northern Pacific Ocean has been diverting the usual winter storms away from California. Meteorologists see no change for January, which means that precipitation will continue to be far below normal. And even when we finally see some rain it won’t make much of a dent in the water levels of our reservoirs because the soil will suck up most of the moisture, resulting in very little runoff. We need a series of very wet storms to bring us back to a semblance of normalcy.

The odds of this happening are not good so gardeners need to be prepared to conserve water, either because of mandatory water rationing or simply because it’s the right thing to do. With a garden full of drought-tolerant shrubs and perennials, not to mention succulents, I feel I’m fairly well positioned. However, there is one major weak spot in our garden: the bamboos. While the bamboos in the ground should be OK with a little less water than what they’ve been used to (I already cut back in 2013, both in terms of watering and fertilizing), the potted bamboos will be pushed to the brink. As it is, the dozen potted bamboos that are left—from a peak of maybe 20 a few years ago—haven’t looked all that great since I reduced the amount of watering. Instead of the lush green screen I had envisioned, I see brown leaves and even dying culms. An even more draconian watering regime will mean the demise of many of them. Maybe that’s inevitable, considering that our climate barely supports potted bamboos. I’ll need to come up with alternatives to plant in all those containers. More potted agaves?