This morning I left Tucson (sad face) and headed north towards the Phoenix area on Highway 79, the Pinal Pioneer Parkway. I was astonished by how much sprawl there is north of Tucson, but eventually I found myself in open country: 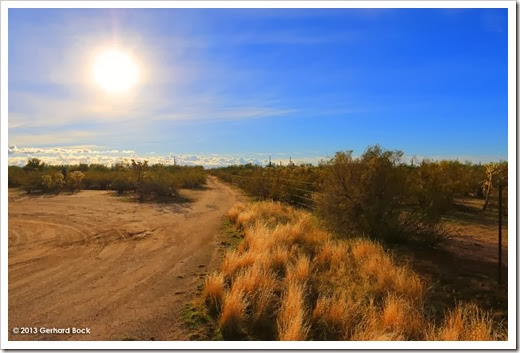 For a long while the scenery was dominated by creosote, cholla and saguaro: 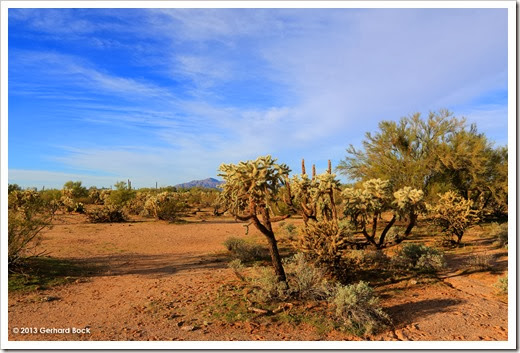 Near the town of Florence (dominated by a large state prison), I came across this vignette: somebody’s desert dream gone bust.

My first stop of the day was Boyce Thompson Arboretum near the town of Superior. It is the largest (392 acres) and oldest botanical garden in Arizona. When planning my trip, I wasn’t sure if I should make the detour to visit this Arizona state park, but I’m so glad I did. Its location at the foot of Picketpost Mountain is jaw-droppingly beautiful.

Here are some pictures to give you an idea of what you can expect to find there. I took 270+ photos, plenty for a couple of dedicated posts later in the month. 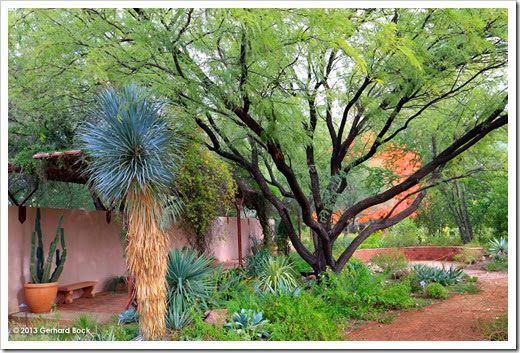 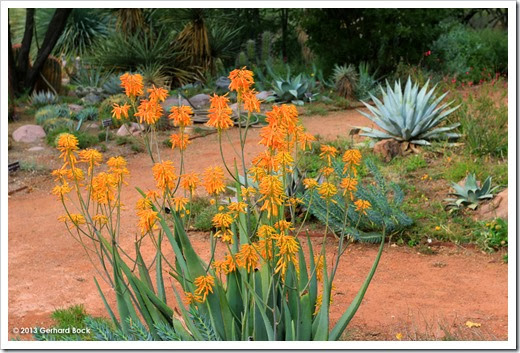 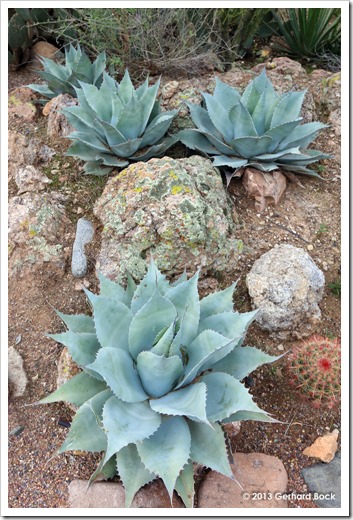 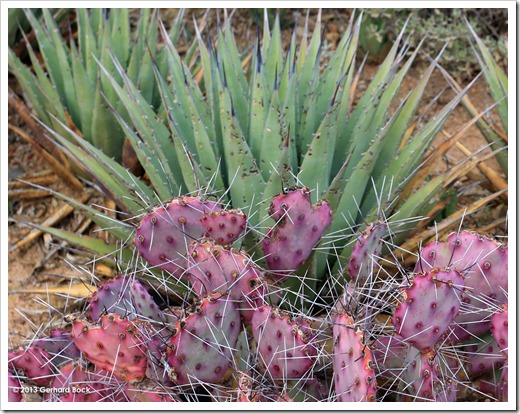 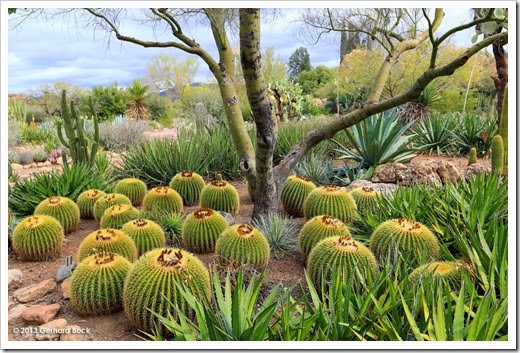 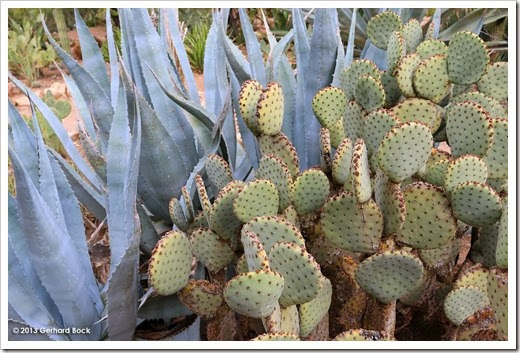 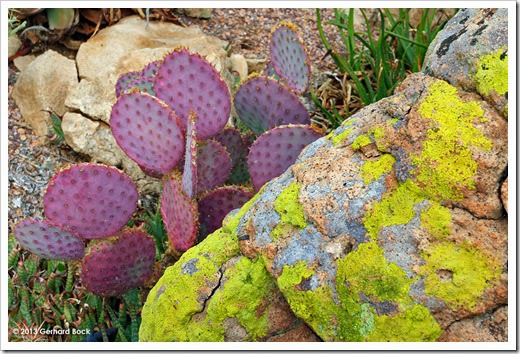 Opuntia ‘Santa Rita’ and lichen-covered rock; I saw this sulphur-colored lichen in various places throughout the park 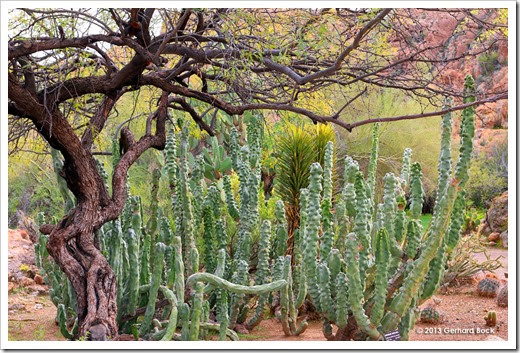 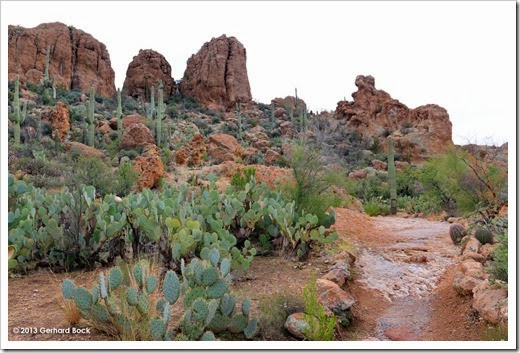 After spending more than three hours at Boyce Thompson Arboretum, I headed west to Scottsdale, my base in the Phoenix area. In fact, my motel is only a 10-minute drive from Desert Botanical Garden, my second and final stop of the day. After visiting the garden during the daytime last Sunday, I decided to go back this evening for Las noches de las luminarias:

Each night of Luminaria, the Garden will come to life with the soft glow from more than 8,000 hand lit Luminaria bags, thousands of white twinkle lights and Chihuly’s vibrant works of art. As you walk the paths with a warm cup of cider, the sounds of hand bells ringing and Dickens Carolers singing remind you of what the season is all about.

On a trip filled with memorable experiences, this one stands out as the most magical. Take a look at these photos, and you’ll see why: 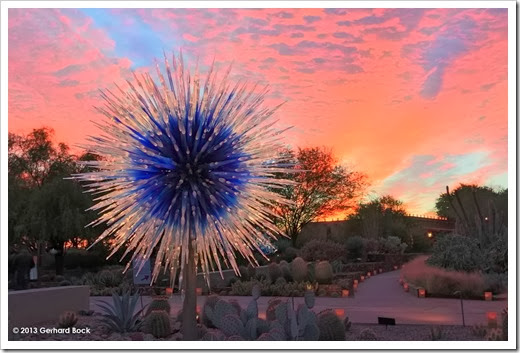 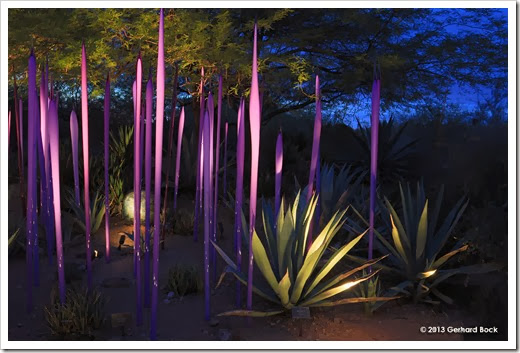 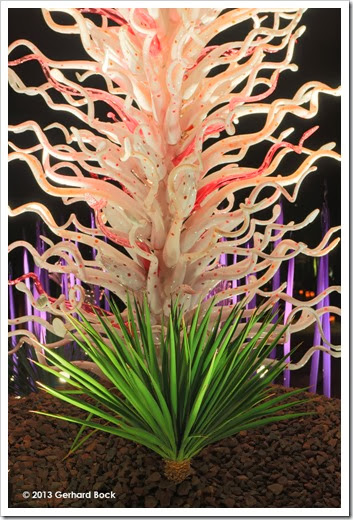 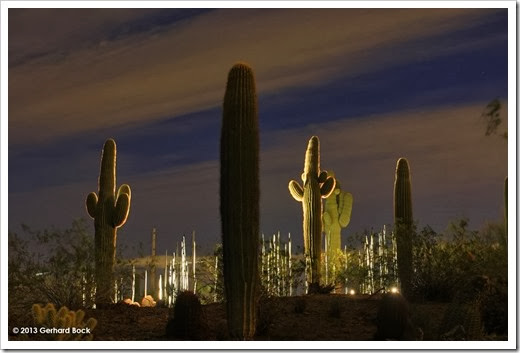 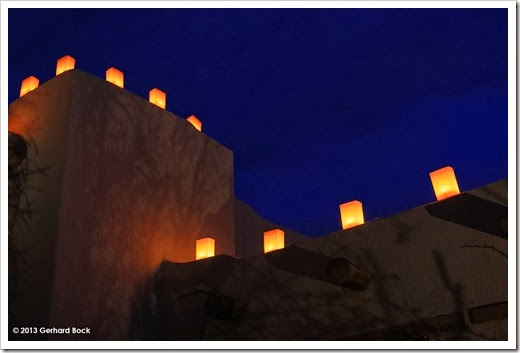 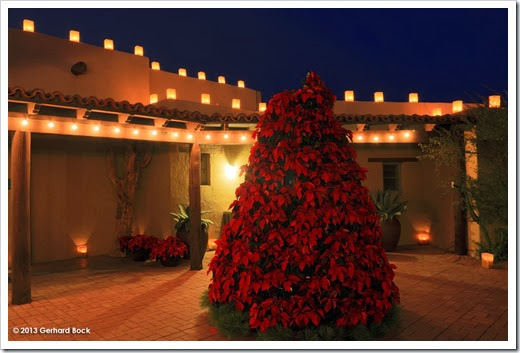