Two of today's three stops didn't have anything to do with plants. Instead, they were focused on another interest of mine, architecture.

The first stop has been on my bucket list for a long time, and I'm glad I can finally scratch it off now: Frank Lloyd Wright’s Taliesin West in Scottsdale. Built as his winter home and architectural campus on 600 acres he bought in 1937 for $6,500 (!), Taliesin West is a masterpiece of organic architecture, its deceptively simple lines and low-slung shapes mirroring the Sonoran Desert which surrounds it on all sides. Today it serves as the headquarters of the Frank Lloyd Wright Foundation and the winter campus of the Frank Lloyd Wright School of Architecture.

I did two tours, one of the most important buildings and a second of the desert that forms the majestic backdrop. Here are a few photos I took. I don't want to bore you to tears with pictures of architectural details, but I thought you might want to get a general impression of what Taliesin West is all about. If want to find out more, there is a wealth of information online. 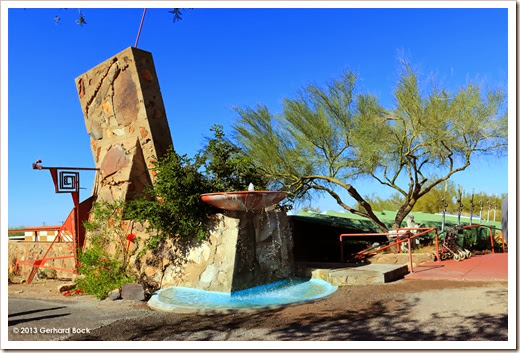 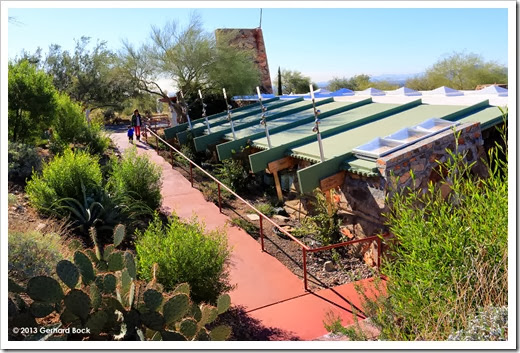 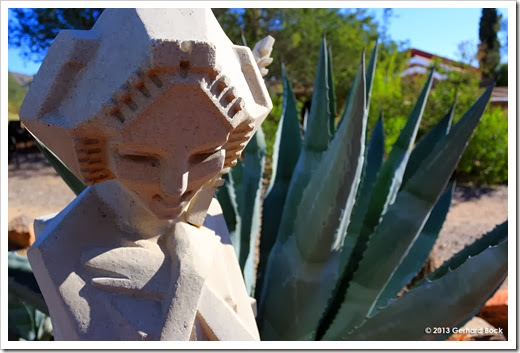 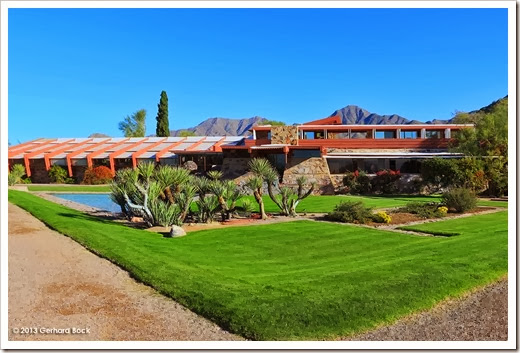 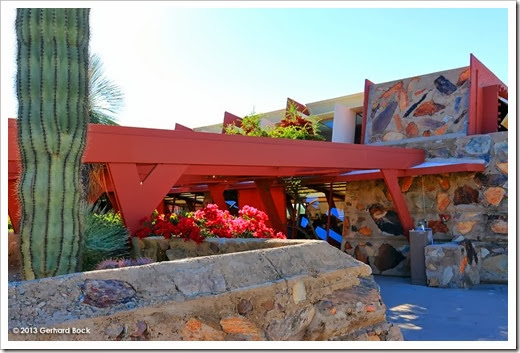 Saguaro and bougainvillea behind the main studio 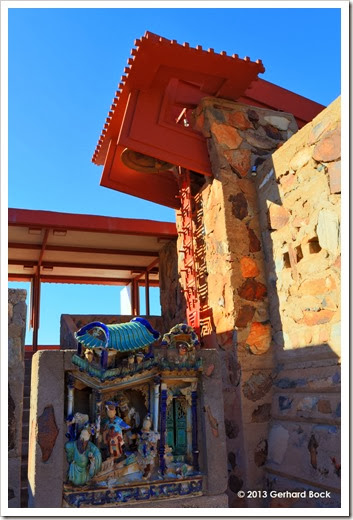 My second top was an hour north of Scottsdale: an experimental community called Arcosanti. This is the brainchild of Italian architect Paolo Soleri who came to Taliesin West in 1946 to study under Frank Lloyd Wright. Soleri’s main focus, however, soon began to shift from designing individual structures to creating integrated environments—self-contained cities, if you will—where people would live and work without requiring cars. This, he thought, would solve the problems of urban sprawl and alleviate the destruction of natural spaces.

Arcosanti was the “urban laboratory” in which Soleri wanted to test his principles of arcology, his philosophy based on architecture and ecology. Envisioned as a high-density environment for 5,000 people, Arcosanti has been progressing very slowly. More than 40 years after initial construction began, only a few of the buildings have been completed, and the number of full-time residents rarely exceeds 100.

Critics say that the project has been a failure. However, driving back to Phoenix after my tour (and fighting my way through countless miles of sprawl and rush hour traffic), I couldn’t help but think of how revolutionary Soleri’s ideas really are. Again, I don’t want to go into too much detail, but I find the principles of arcology immensely fascinating. Do a Google search to find out more. 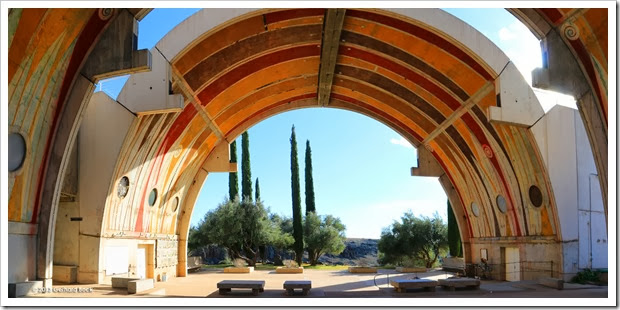 The Vault, an outdoor work and meeting area. Note the Italian cypress and olive trees Soleri planted in memory of his native Italy. The fruit from the olive trees is made into olive oil. 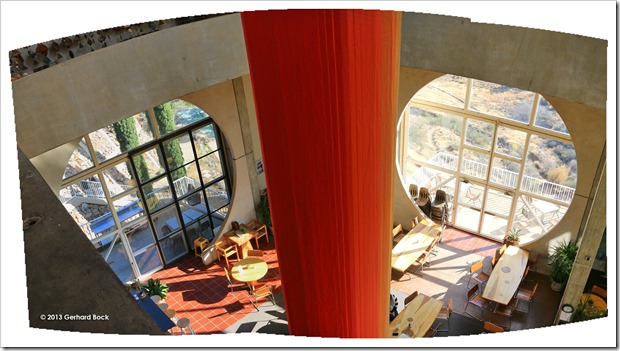 Café inside Crafts III, the building that also houses the visitor center and gallery 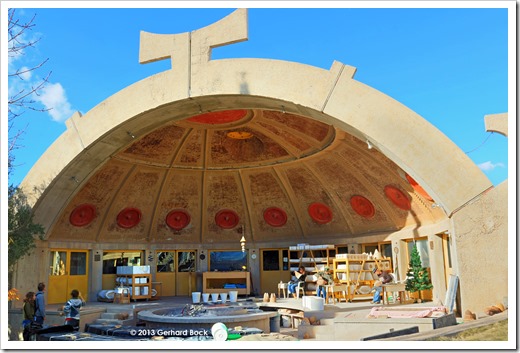 Ceramics Apse. This beautiful quarter sphere is where ceramic wind bells and tiles are made, the sale of which help support Arcosanti.

On my way back to Phoenix, I stopped at a cactus nursery I’d found in the yellow pages: Old West Cactus Farm. Located in the northern Phoenix suburb of Anthem, it was actually right off Interstate 17. I haven’t been in Phoenix long enough to know how Old West Cactus Farm stacks up against the other nurseries in the area, but I was overwhelmed by the sheer number of cacti. Just a take a look at these photos, and I’m sure you’ll agree.

I arrived at the nursery shortly after 4pm (it gets dark here at 5:15pm) so I didn’t have that much time. What was funny, though: In the 30 minutes I spent walking around the nursery, I saw two customers buy—frost cloth! The nursery is selling it in whatever length you want, right off a giant roll. The cold weather front from western Canada that has been wreaking havoc in the Pacific Northwest and California is making itself felt here as well. Daytime highs today were only in the mid 50s, a drop of 20 degrees in the last two days. And while the valley floor isn’t expected to get any frost tonight, the higher elevations certainly will. From the way everybody’s been talking about the weather, it appears that people here are not really used to the cold—even though a low in the mid 30s isn’t all that outrageous by my standards. 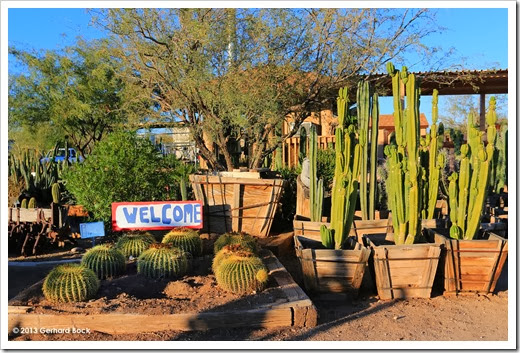 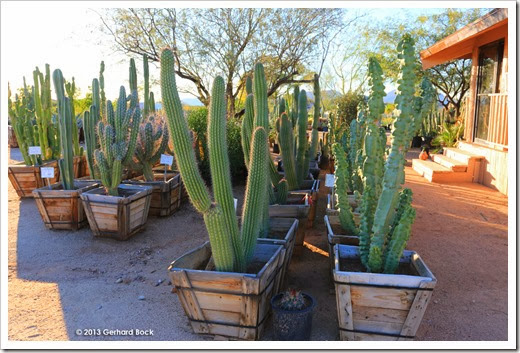 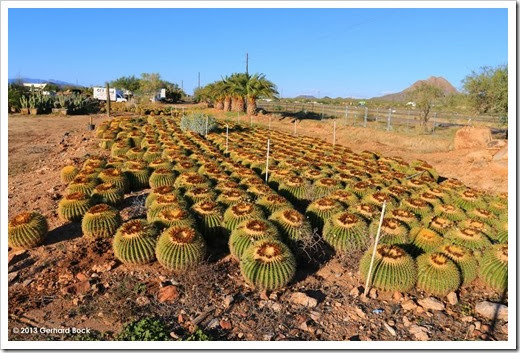 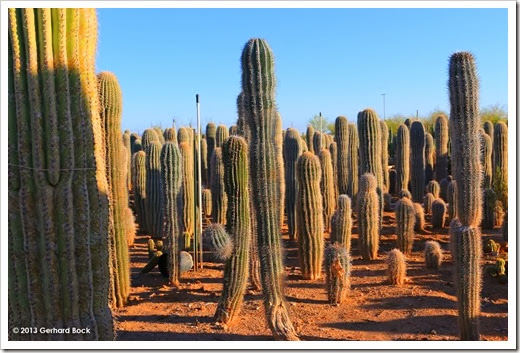 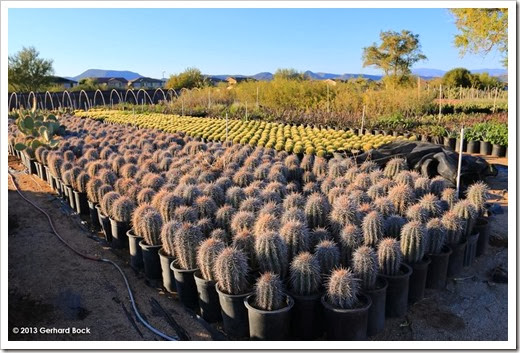 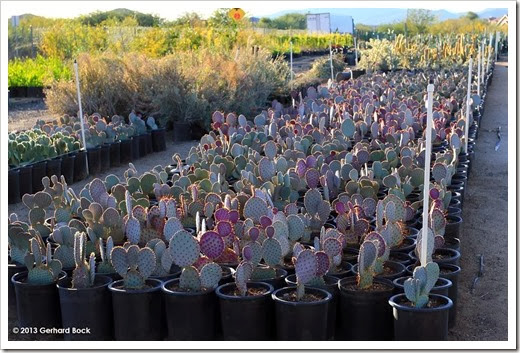 Tomorrow (Friday) is my final day in Phoenix. I plan to go back to the Desert Botanical Garden one final time, visit Cosanti, Paolo Soleri’s studio here in Scottsdale, and possibly check out a few more nurseries. Then I’ll fly back to Sacramento in the evening.