What have we got here?

About five years ago an online plant seller included a freebie in an order I’d placed. It was labeled Agave parryi and it was a bit of an ugly thing from the beginning—the runt of the litter, you might say. I stuck it in a pot and even though I gave it regular watering, it never transformed from a beast into a beauty. Every winter, it would develop unsightly brown spots—weird, since Agave parryi is very hardy—and dead leaves around the base didn’t make things better. Sure, I could have groomed it better but after a while I gave up on it and relegated it to the “ugly corner” near one of the vegetable beds. 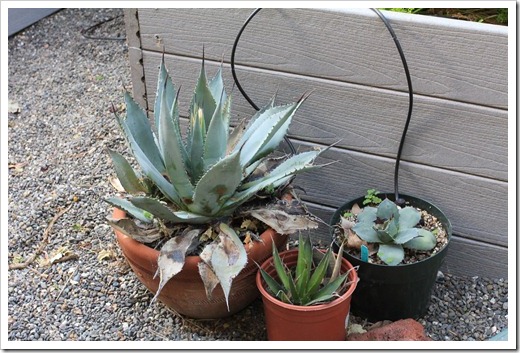 A couple of weeks ago I noticed a strange sight. Something resembling a white asparagus spear was emerging from the center. 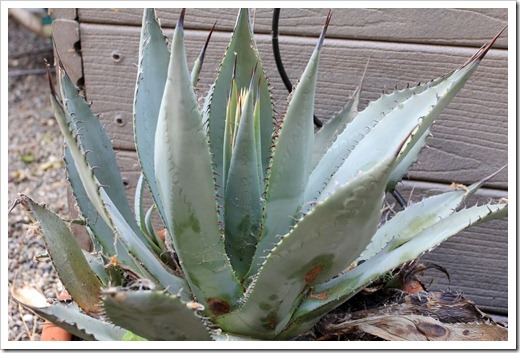 “It can’t be what I think it is. This agave is at most six years old!” 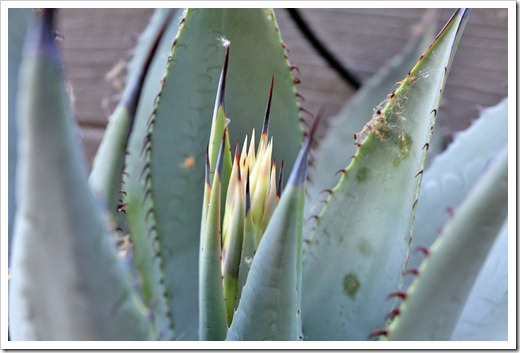 But the signs were unmistakable. 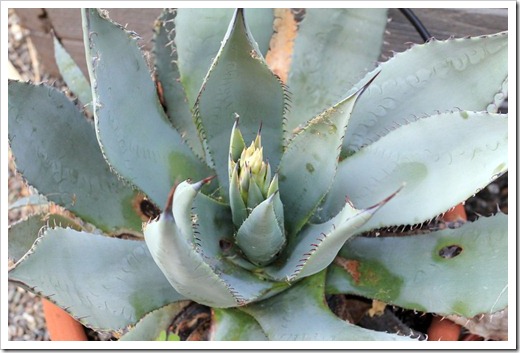 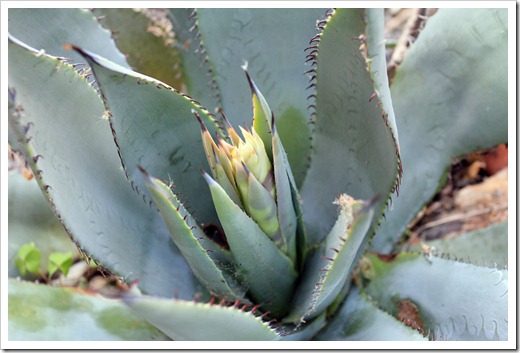 And sure enough, the asparagus stalk became taller and taller. 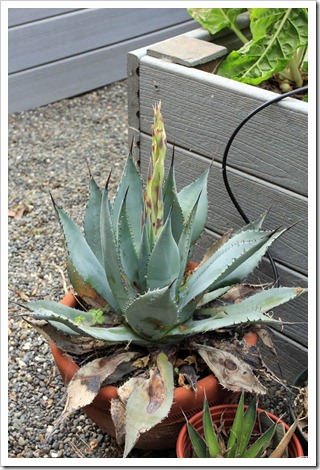 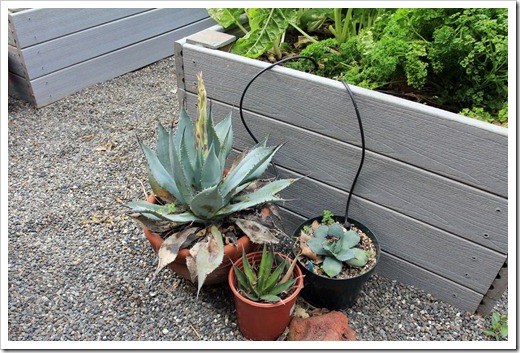 Now it’s 3 ft. tall and not showing any signs of slowing down. 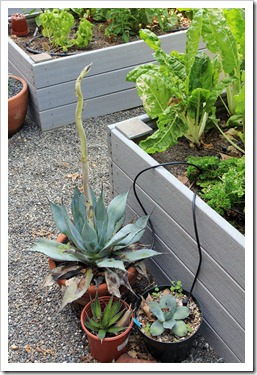 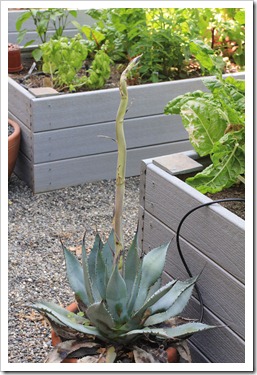 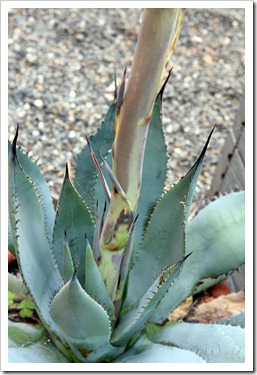 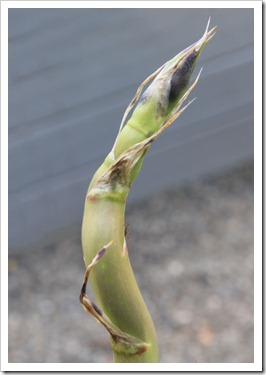 My Agave parryi is about to bloom.

Typically, Agave parryi flowers when it’s 15-20 years old—and much bigger than this specimen. The only explanation I have for this unusually early flowering event is that it’s stress-induced.

True to form, my ugly-duckling Agave parryi is producing an ugly-duckling flower spike. It doesn’t much look like the impressive flower spike you can expect from an older plant, more like an alien space worm in full rigor mortis.

Like most agaves, this Agave parryi will die after flowering. But there are two pups to ensure that my ugly corner won’t be empty. Although it’s always possible that the next generation will become beautiful swans and move to a nicer spot in the garden. 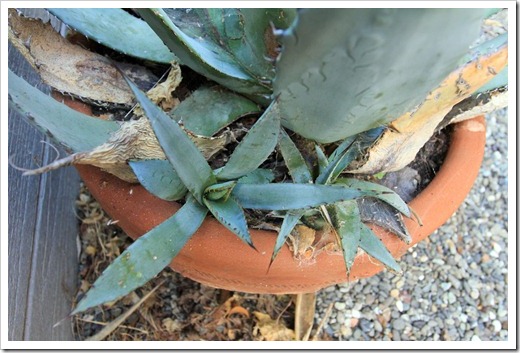 P.S. Am I the only one who has an “ugly corner” for plants I can’t quite give up on?