In March I planted a variegated bigleaf hydrangea (Hydrangea macrophylla ‘Tricolor’) in a large pot under the bay trees in our backyard. I had no idea that it would grow so quickly—and even flower just two months after planting. 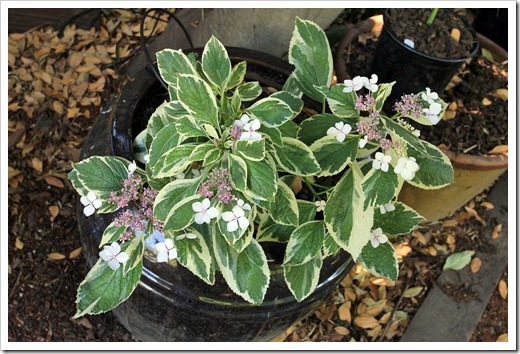 I’m not a fan of the traditional mophead or pom-pom varieties (especially those that flower in shades of blue, which I find a bit creepy). On this cultivar, however, the variegated leaves are the star of the show, and any flowers are of secondary importance. At least that’s what I thought—until my ‘Tricolor’ began to bloom.

I was pleasantly surprised when I saw that the inflorescences (technically called “corymbs,” although there is no way I’ll ever remember this word) were quite different from the typical mophead hydrangea. Instead of round pom-poms, the inflorescences on Hydrangea macrophylla ‘Tricolor’ are the lacecap type. The actual (fertile) flowers in the middle are small and inconspicuous; the showier “flowers” on the outside are actually sepals. (In a conventional flower, sepals surround emerging flower buds to protect them from damage.) 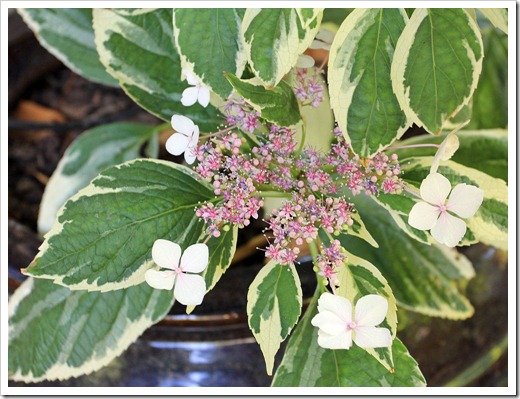 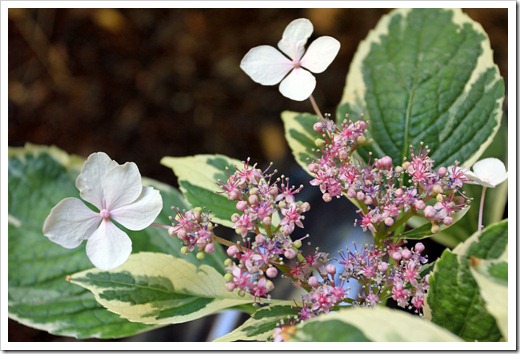 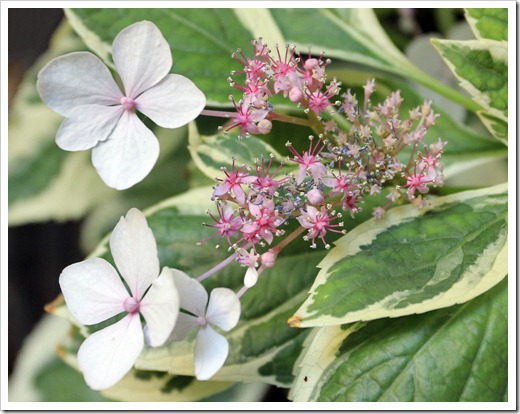 All leaves on my Hydrangea macrophylla ‘Tricolor’ are variegated. Some even are completely white. That’s not something you see every day! 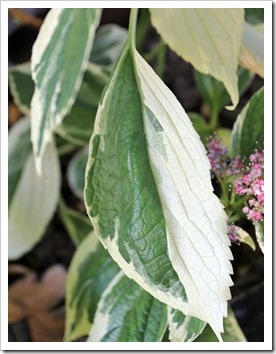 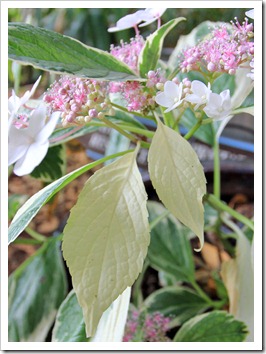 Variegation often slows a plant down because less chlorophyll is available for photosynthesis. Not so with this variety. It seems to be fairly vigorous grower. Check out the two photos below. They were taken just 10 weeks apart. 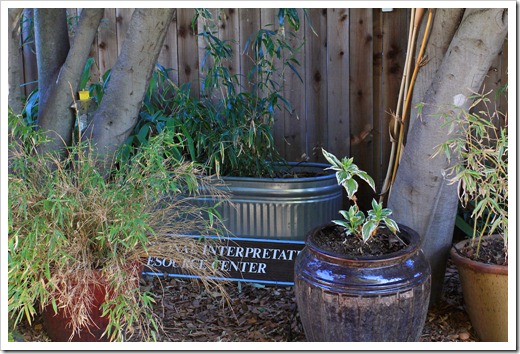 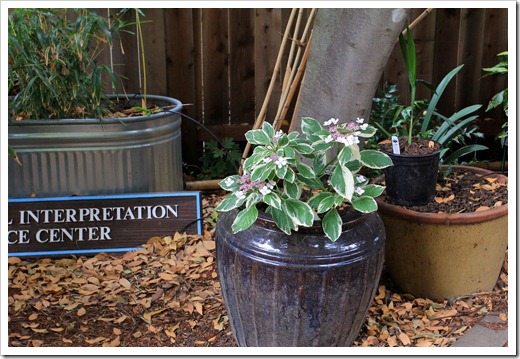 Hydrangeas are reputed to be hard to grow in the Sacramento Valley because of our hot summers. I hope that in my case this will turn out to be incorrect because I love the way this Hydrangea macrophylla ‘Tricolor’ brightens up the shady area under our bay trees.