I have absolutely nothing against itsy bitsy spider and its friends and relatives. Spiders neither repel me nor do they elicit high-pitched shrieks when I come across them (well, if a large one landed on my face in the middle of the night, things might be different). Figuring they will eat pests such as mosquitoes, I tolerate them even in the house, as evidenced by the presence of spider webs in the kitchen and elsewhere. 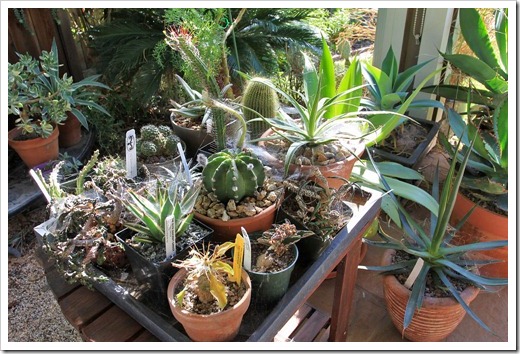 One of my succulent tables

However, I positively hate it when they spin their sticky web in the middle of and across my plants. OK, on day 1 it might look cool, but on day 2 or 3 the web is full of tiny insects, and soon the scene looks like a miniature version of Sleeping Beauty’s castle after 100 years. Take a look at the photos in this post and you’ll see what I mean. 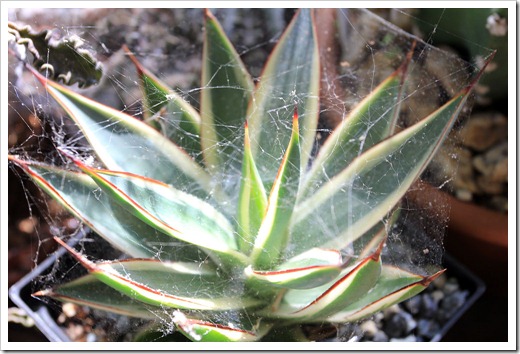 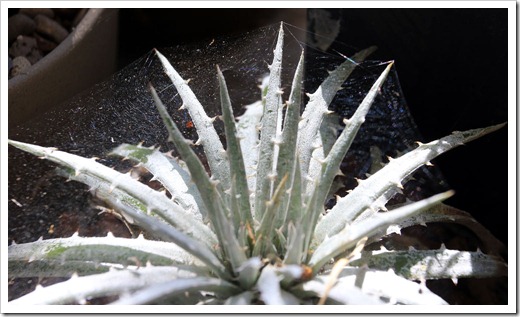 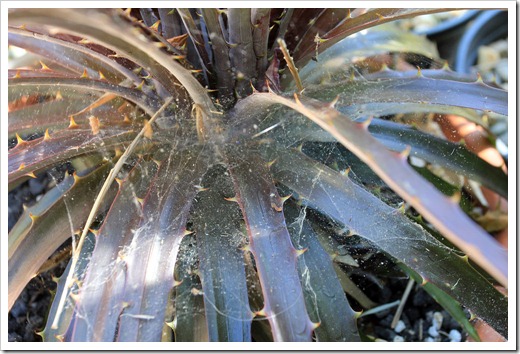 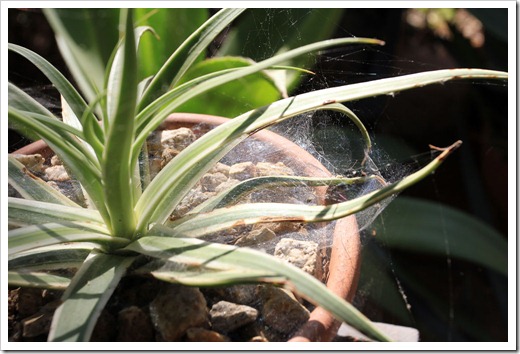 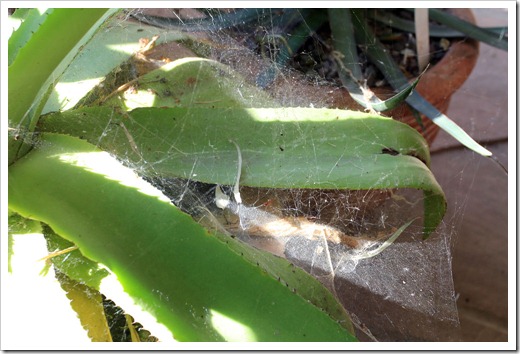 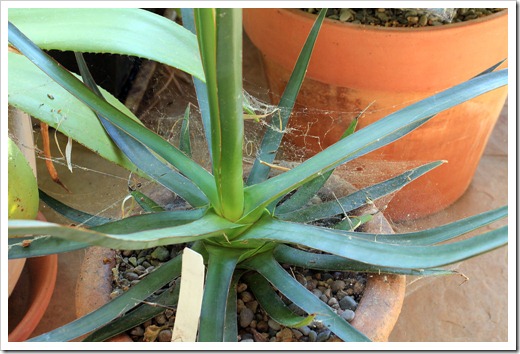 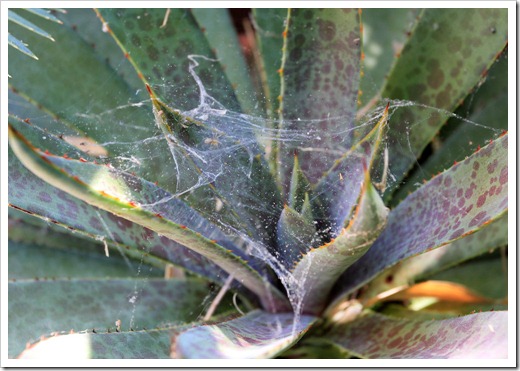 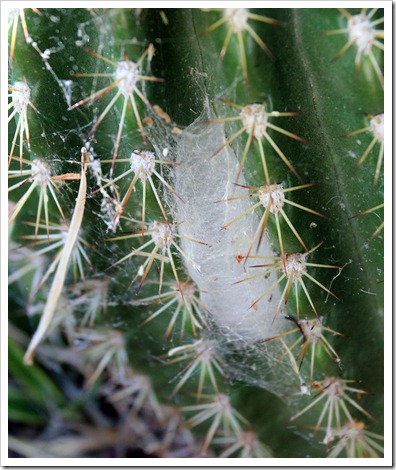 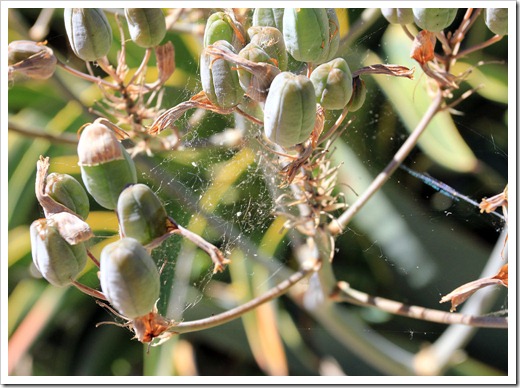 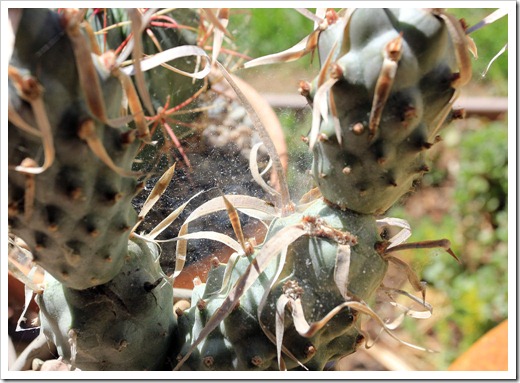 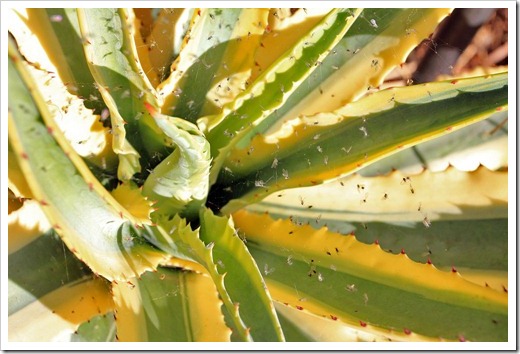 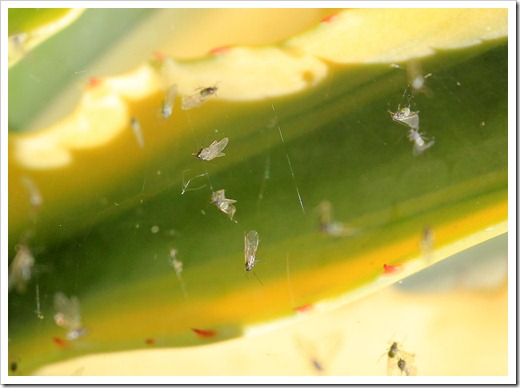 I honestly don’t know if anything can be done to remedy the situation. I don’t want to kill the spiders so I won’t use noxious chemicals. Is there a spider version of a sonar device that might shoo them off? Or is this simply a fact of life I need to put up with? 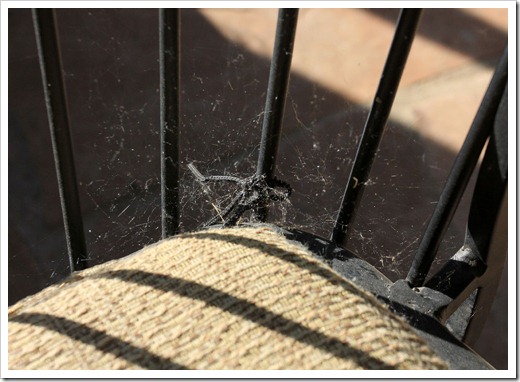 Even the furniture isn’t safe

It seems that in the last few years the spider population around our house has exploded. I don’t remember ever seeing as many spiders—or spider webs—as I have since 2010. I wouldn’t care so much if I didn’t collect succulents, but spider webs on agaves or cacti really are an ugly sight. 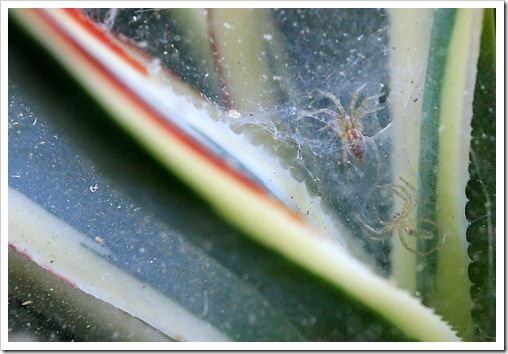