Last month I got all mushy over the California poppy (Eschscholzia californica). But it isn’t my only poppy love. I’m just as nuts over the Matilija poppy (Romneya coulteri), which is at its peak right now. There’s a large clump in the park near house, and no matter how often I walk by there, I go gaga each time. 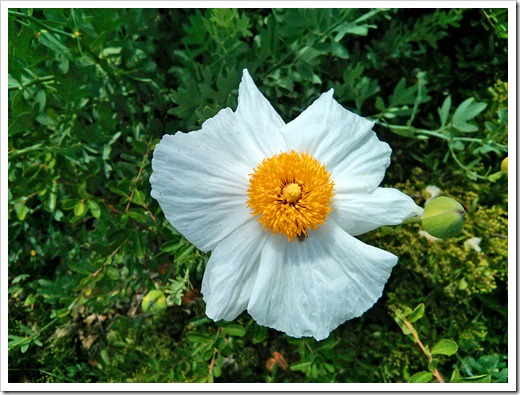 The Matilija poppy (pronounced “ma-TILLY-huh”) is native to the dry washes and canyons of Southern California and northern Mexico. It is named after a Chumash Indian chief of the same name. This shrubby perennial can grow to 8-9 ft. high and wide and thrives in dry, sun-baked situations. It’s very drought-tolerant once established and survives temperatures as low as 0°F (zone 7). 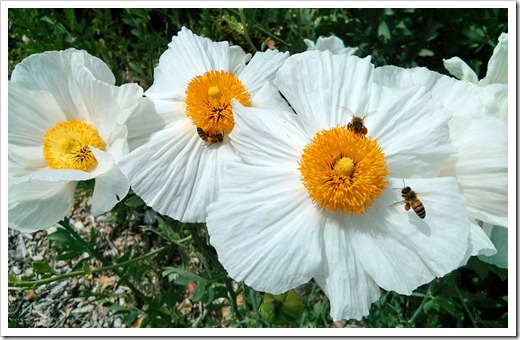 While the foliage is attractive in its own right, the real reason to grow the Matilija poppy is for its flowers. As I said in previous posts (1 2), they can be as large as 9 inches across. They look like crêpe paper and flutter in the slightest breeze. 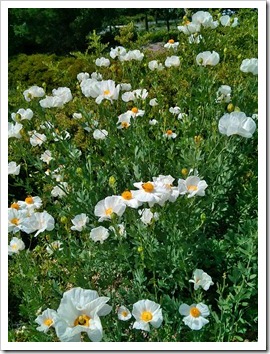 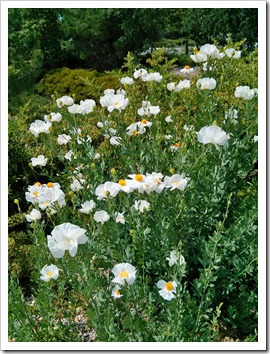 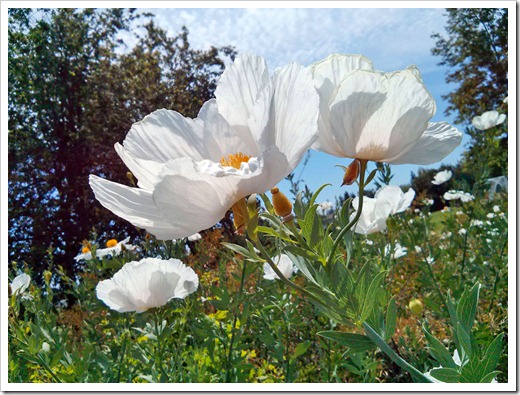 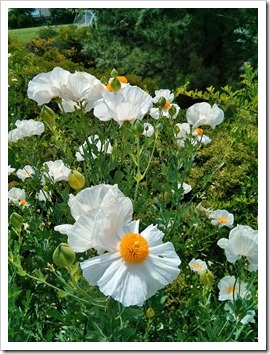 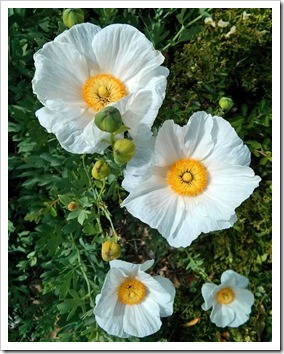 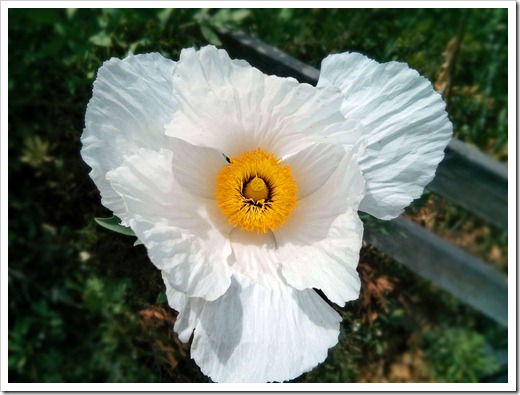 I’m not the only one beguiled by the Matilija poppy. Check out this article in the Los Angeles Times. While writer Emily Green waxes lyrical about its beauty, she strikes a cautionary note about its cultivation:

If a Matilija poppy doesn’t like where it’s planted, it will promptly wither and die. If it does like the location, then after a modest first season, the Matilija can proceed to colonize a garden.

Maybe that explains why it’s never become a mainstream plant and is hard to find in nurseries.

The Matilija poppy is too large for a typical urban or suburban yard, but if I had acreage, I’d give it a large corner to spread out. Yes, the flowers are that special.