I know next to nothing about begonias. However, in April 2011 I received an angel wing begonia cutting as part of a plant trade. I potted it up and it actually flowered that first year. Since then I’ve been given cuttings of another type of angel wing begonia and they, too, have thrived. Technically, angel wing begonias are “cane-type” begonias because they produce sturdy canes with bamboo-like internodes.

As you can see in the next photo, my angel wing begonias live in a protected spot on our front porch, protected from the sun and the wind. Initially I wasn’t sure whether begonias would survive outside so the first cutting spent the winter of 2011 inside the house. Last winter, however, all my angel wing begonias stayed put on the porch and they did just fine without any supplemental protection.

From December through February I watered them very occasionally, maybe every three weeks. With the arrival of spring, I increased the frequency and now, in the summer, I water them every week. They’re in plastic pots filled with moisture-retentive soil and this regimen seems to suit them fine. (Begonias are native to the tropics and love lots of water.) 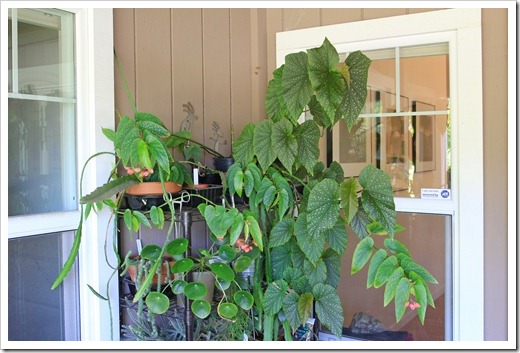 Angel wing begonias are a cross between several begonia varieties, including Begonia aconitifolia and Begonia coccinea. Many hybrids have been developed; most of them have leaves with white or silver specks on top and a red underside.

In the next photo you can clearly see the differences between the two varieties I have. The one on top has much larger leaves with a darker coloration and more pronounced spots. Incidentally, I have no idea what either of my varieties is called. If you know, please leave a comment below. 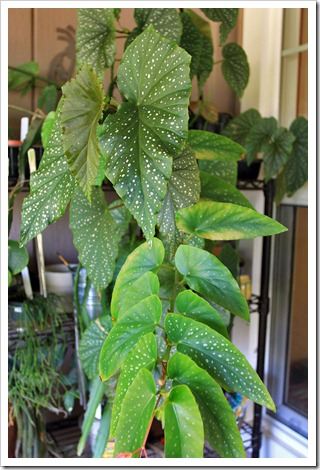 Here are some close-ups of the larger-leaved variety. 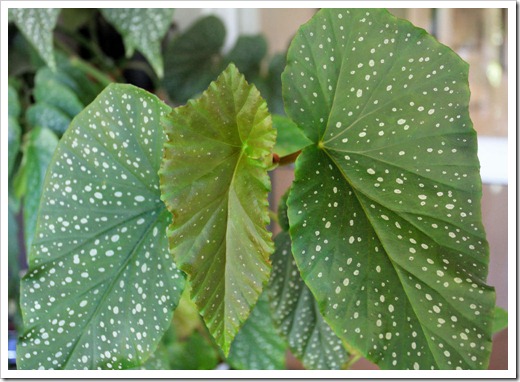 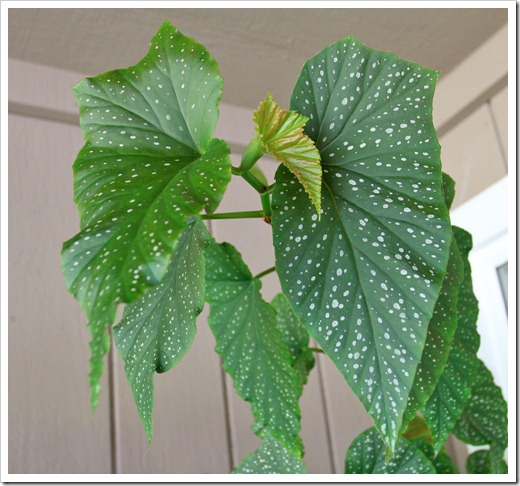 The smaller-leafed variety is blooming right now. The flowers are almost heart-shaped when viewed from the front or back. 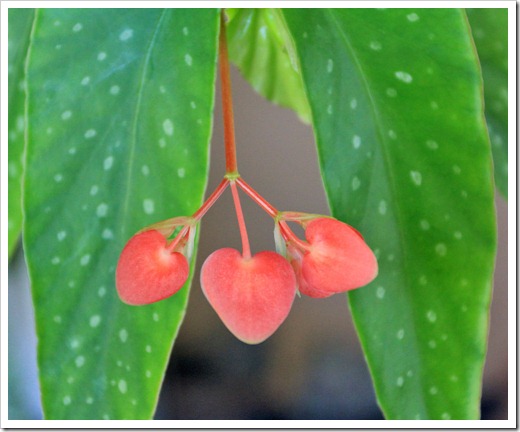 Viewed head on, you can see the yellow anthers inside. 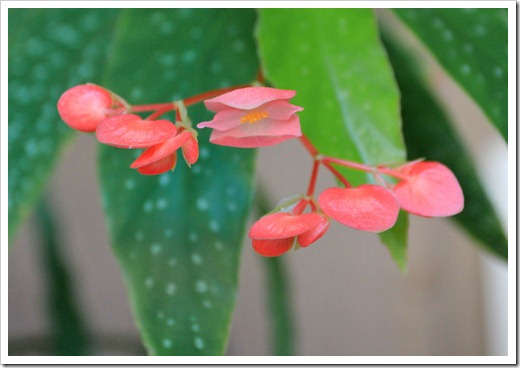 Recently I bought another variety called ‘Gryphon’. This one has leathery leaves with silver splotches and a deep red underside. I’m hoping it will soon look like this. 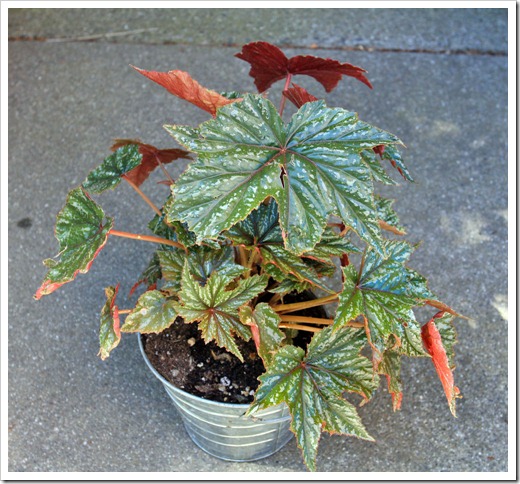 A few years ago I would never have thought that I’d be growing begonias. However, I’ve gotten quite fond of them. They add a much-needed splash of green to a corner of the front porch that is too shady for many other plants.