In October I turned a neglected planting strip in the backyard into another succulent bed. Although there are a few echeverias, two agaves and a Kalanchoe beharensis, the strip is dominated by aeoniums. This is what it looked like in mid October: 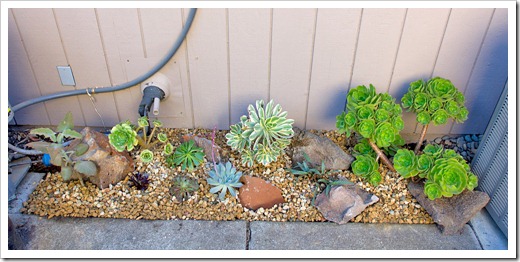 The same “before” and “after” view of the bed on the left side: 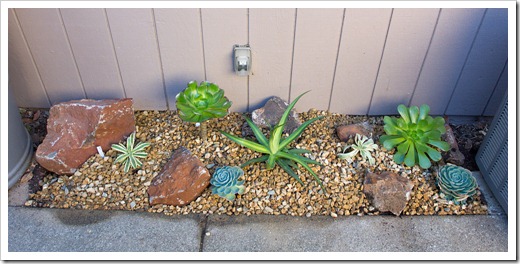 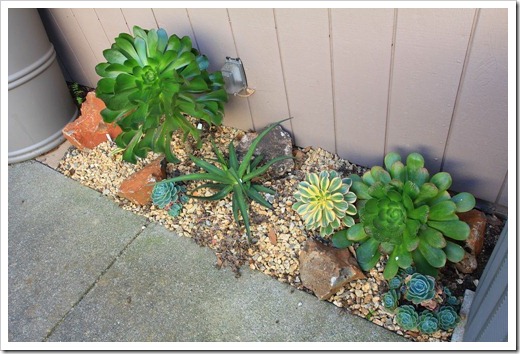 I’m still amazed by the rate of growth. Take a look at this Aeonium ‘Sunburst’: 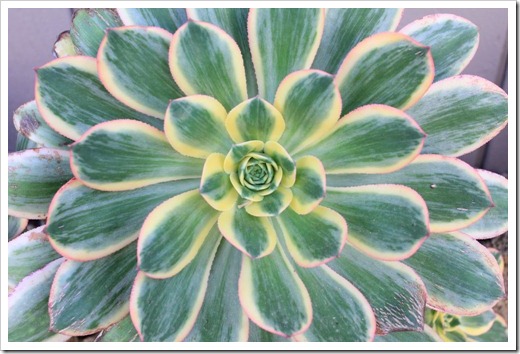 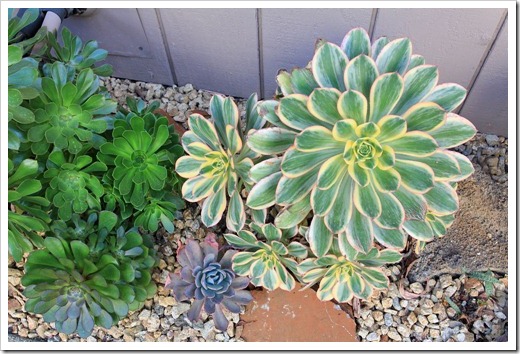 There’s another Aeonium ‘Sunburst’ on the other side, growing next to an ever more expansive Aeonium arboreum. 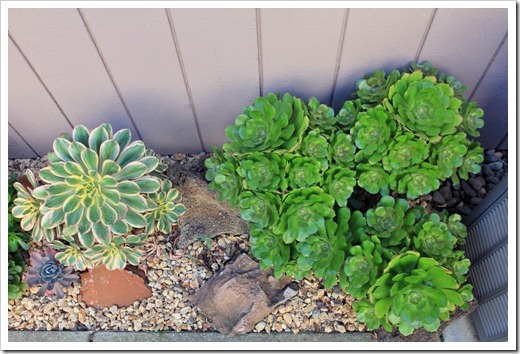 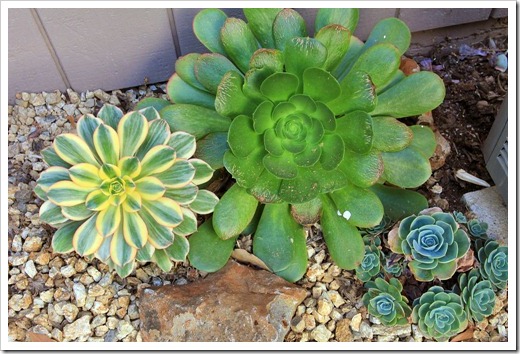 Finally, take a look at my Aeonium ‘Cyclops’. This is what it looked like when I bought it at the Ruth Bancroft Garden sale last October: 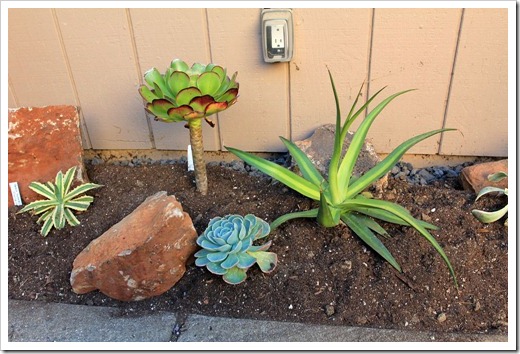 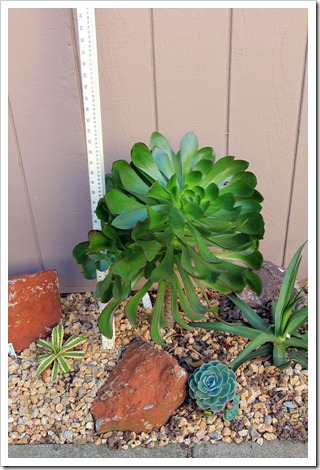 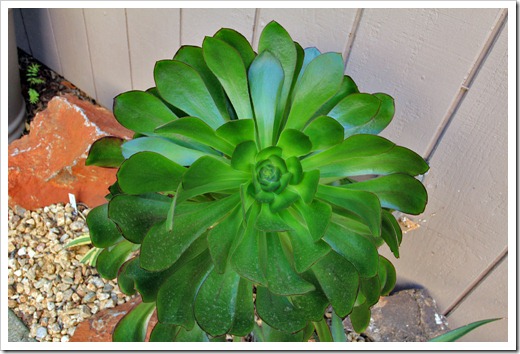 In full sun it would have a pronounced purple tinge but in this spot on the north side of the house it is a rich deep green.

Since aeoniums are winter growers and go dormant in the summer, I expect their growth to slow down the closer we get to summer (mid to late May in our neck of the woods). But fast forward to this time next year, I wonder if the entire planting strip will be an aeonium jungle?