If your garden is like mine, some plants always hog the stage while others recede into the background to the point where you forget you even have them. Until a momentous change occurs: maybe dramatic foliage color in the fall, or a vibrant burst of color in the spring. 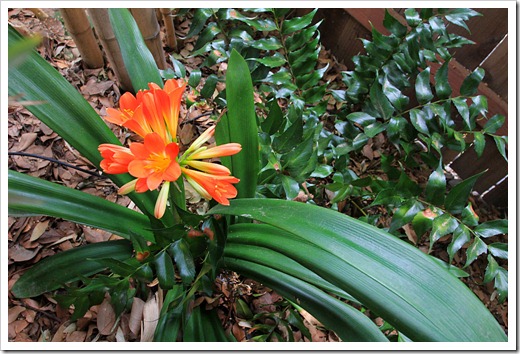 One such plant is Clivia miniata. We refer to it simply as “clivia,” but it also has several other common names, including Kaffir lily, Natal lily and bush lily. It’s an amaryllis relative from South Africa that in most parts of the world is grown as a house plant. In our climate it does just fine outside. I planted it in the ground behind one of our bay trees ca. 2006 and it’s one of the very few plants that has been able to hold its own against the thirsty, aggressive roots from the bay trees. While in South Africa it grows in damp woodland habitats, in our garden it has to make do with pathetically dry soil.

But every spring it manages to produce the most vibrant flowers. In fact, it’s those flowers that are a reminder that our clivia is still alive. It is hidden behind several large pots, but the brilliant orange flowers are like beacons across the yard. 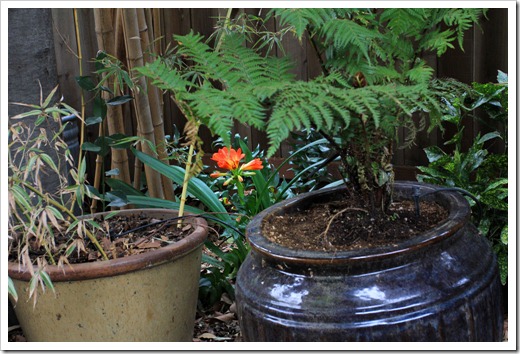 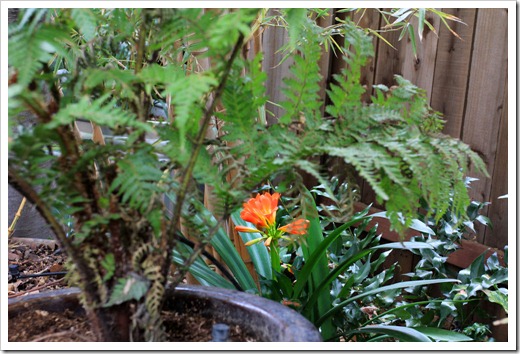 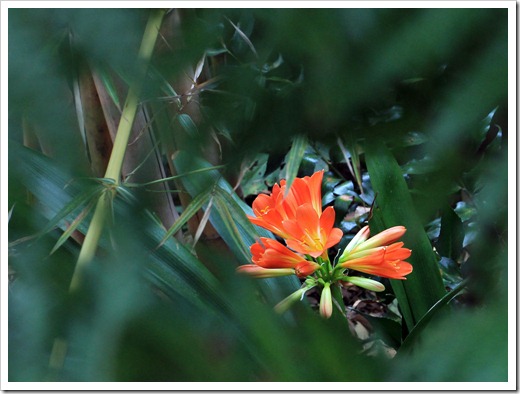 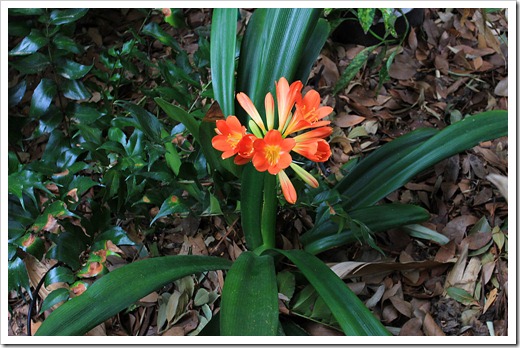 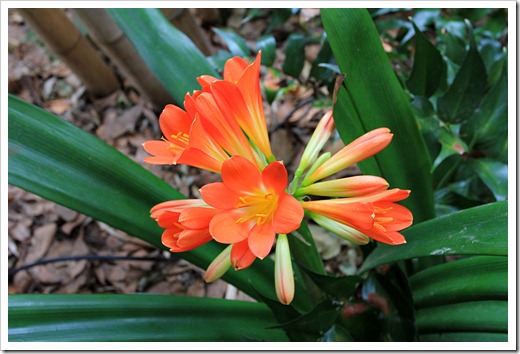 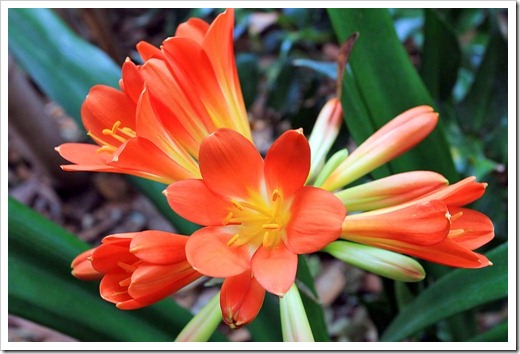 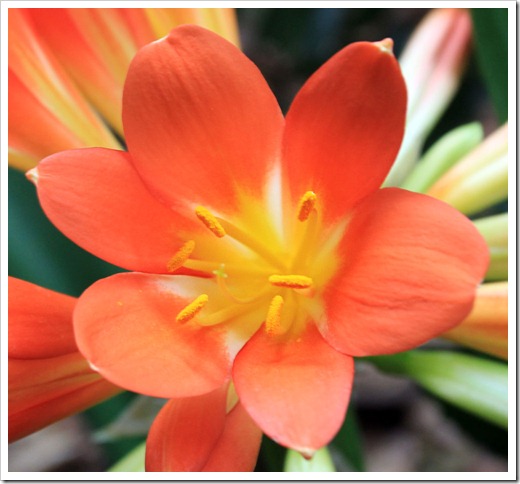 Considering what an undemanding companion it’s been, I should give our clivia much more respect. But I’m afraid as soon as the flowers are gone, I’ll forget it’s even there. Fortunately, it doesn’t seem to hold a grudge…