As I mentioned in yesterday’s post about Green Acres Nursery in Folsom, CA, I was super excited to find an Agave desmettiana ‘Joe Hoak’. I had wanted one for many years but had never seen one in a nursery. Even online they are difficult to find.

Why, you may be wondering, am I going on and on about this variety? Take a look at these photos, and you will understand. 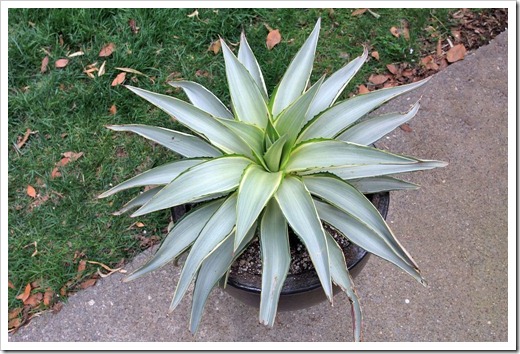 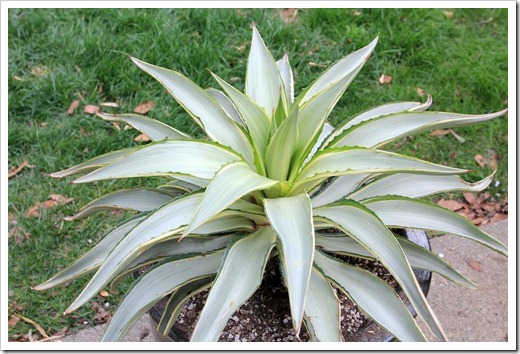 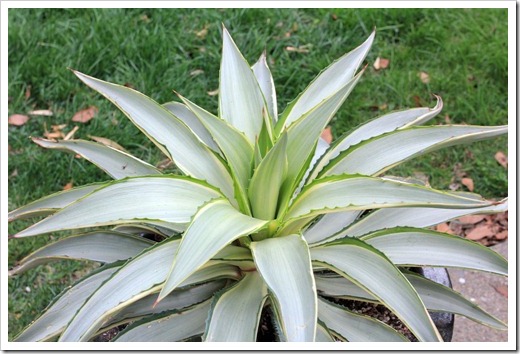 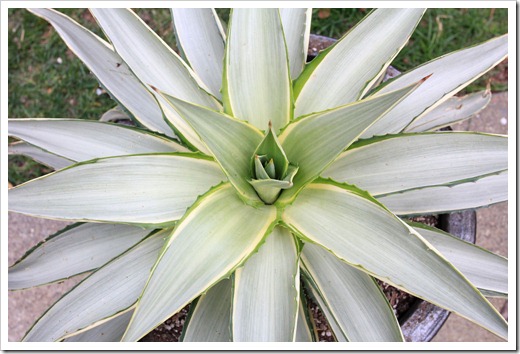 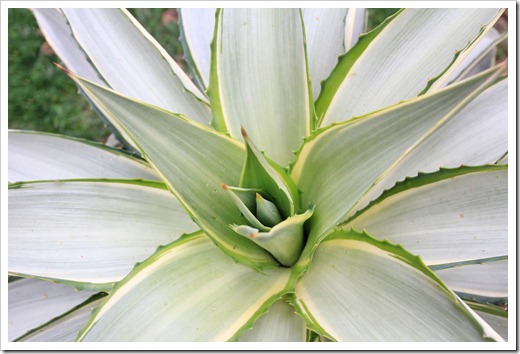 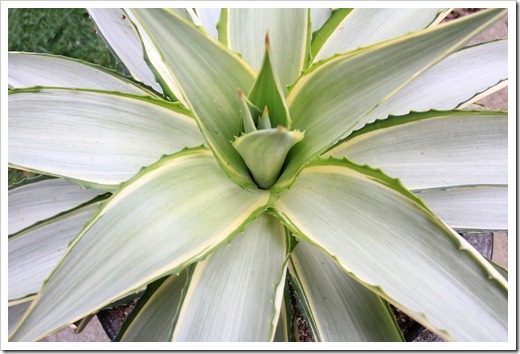 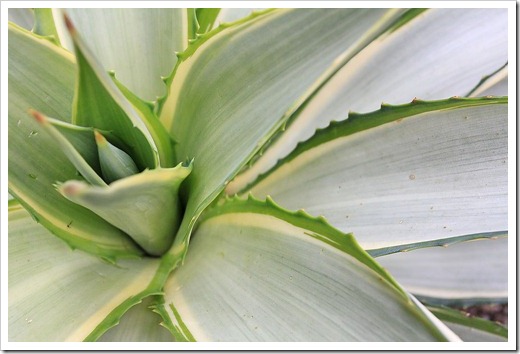 The leaves of Agave desmettiana ‘Joe Hoak’ are a very pale greenish-gray, the lightest of any agave I’ve ever seen. The cream-and-green leaf edges add the perfect amount of drama.

I’m certainly not the only one who thinks that ‘Joe Hoak’ is a stunner: San Marcos Growers calls it “one of the prettiest Agave we grow.” Plant Delights Nursery says that “many people consider this the most striking agave cultivar in commerce.” The Plant Attraction hails it as “the most beautiful Agave grown.”

Nobody seems to be 100% certain what species this is. It was originally discovered at the nursery of Joe Hoak in Miami, Florida, hence the cultivar name. Joe Hoak himself believed it was an albino sport of Agave desmettiana ‘Variegata’. It is sometimes listed as Agave meridensis, referring to the city of Mérida on Mexico’s Yucatán peninsula, but that name is not generally recognized in taxonomy circles. 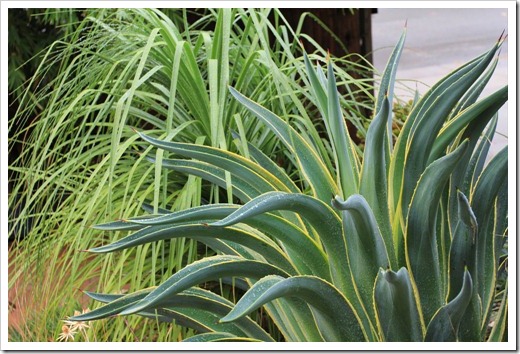 But no matter what the origin, this is a stunning agave that I’m proud to finally own.