Originally inspired by Loree Bohl’s plant list on her blog Danger Garden, I created my own plant list a few years ago (it can be accessed from the Plant Lists link at the top of each page of this blog). The goal was to include a majority of the plants in my garden, broken down by genus. 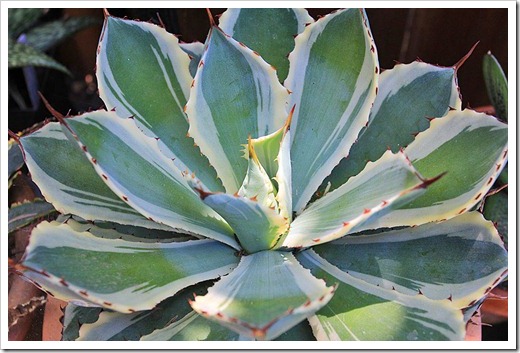 While my intentions were good, I never made it past one genus: Agave. Alphabetically speaking, Agave is the first major genus in my plant collection. More than that, it’s also the largest and my personal favorite. So for now, “plant list” is synonymous with “agave list.” 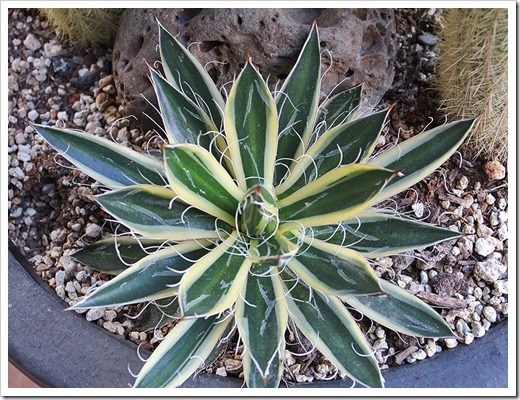 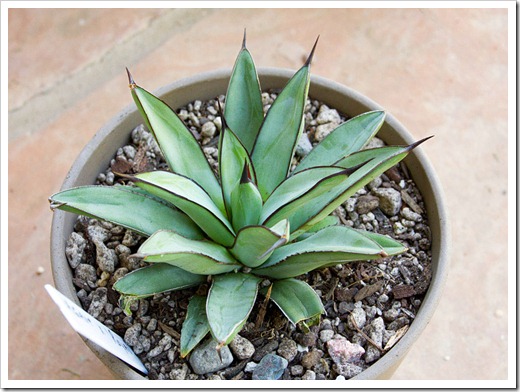 As I was updating my agave list to reflect recent purchases, I decided to compile some statistics. The results surprised me: 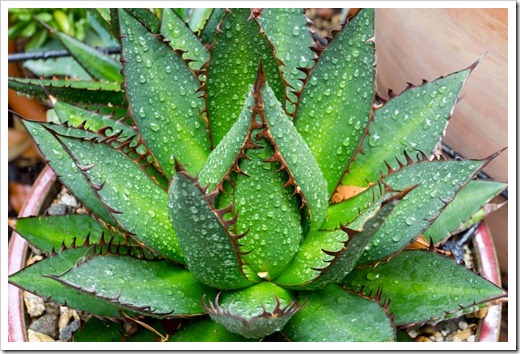 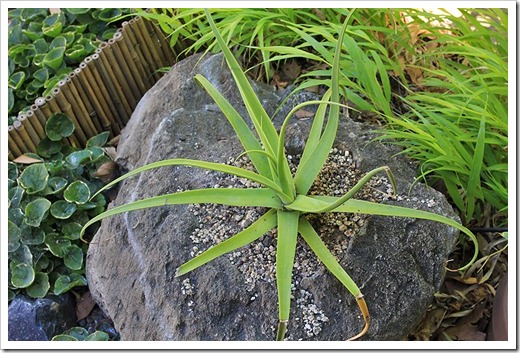 If you had asked me yesterday how many agaves I had, I probably would had answered, “about 30.” Granted, many of them are small so it’s easy to lose count, but I’m still amazed that I have so many of them. 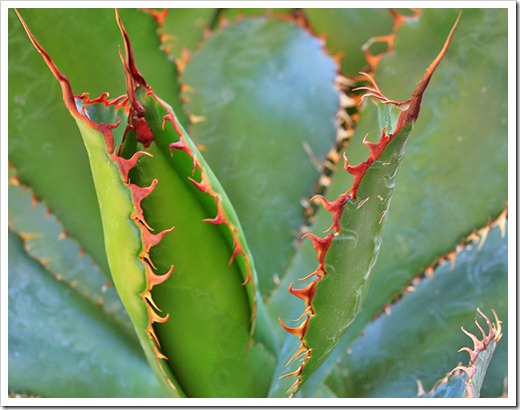 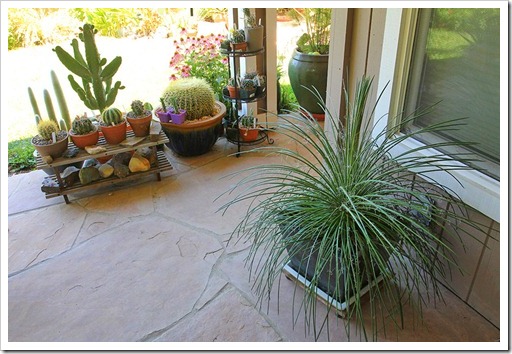 If our property were larger, I’d be able to create more mounded succulent beds and plant out many of the species that are now confined to pots. Fortunately, most agaves don’t mind living in containers. The confined space has a bonsai effect, i.e. their growth habit is artificially restricted, but this doesn’t have a negative effect on their aesthetics. 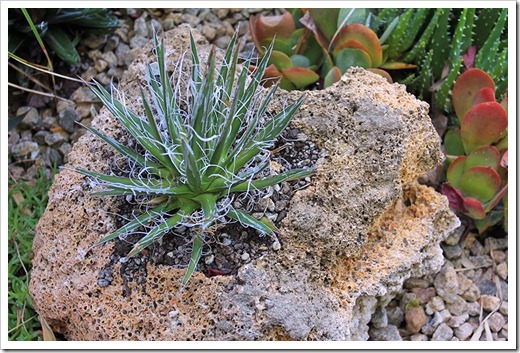 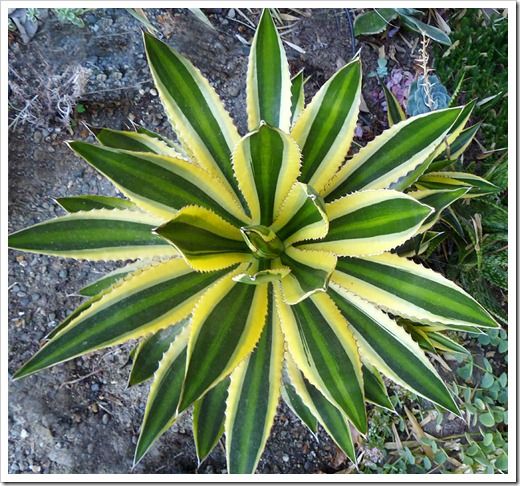 And while I need another agave like I need a sharp stick in the eye, I will continue to look for interesting new cultivars that might become available. Here is one I’ve had my eye on for a while: Agave victoriae-reginae ‘White Rhino’. It’s not widely available yet, hence super expensive, but eventually I will find one at a price I can afford.