Will the real quartziticola please stand up?

When I saw Aloe capitata var. quartziticola for the first time, I thought it was the most beautiful aloe I’d ever seen. 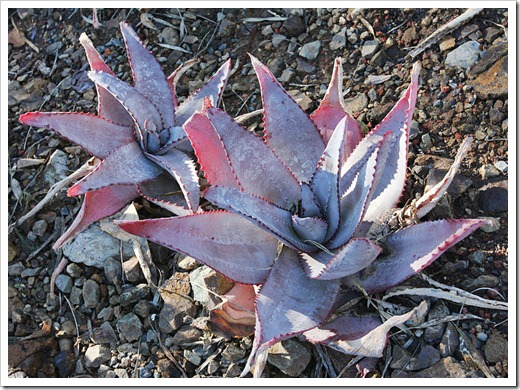 Both Ruth Bancroft Garden and the UC Botanical Garden at Berkeley have mature specimens in their collections, yet finding a plant to buy was challenging. Finally I lucked out: When talking to a docent at the Ruth Bancroft Garden’s spring sale, I bemoaned the fact that this aloe variety was impossible to find. He smiled and said that they had one plant for sale in the nursery. It originated from the UC Botanical Garden but he thought it was very similar to their plants. Needless to say I bought it. 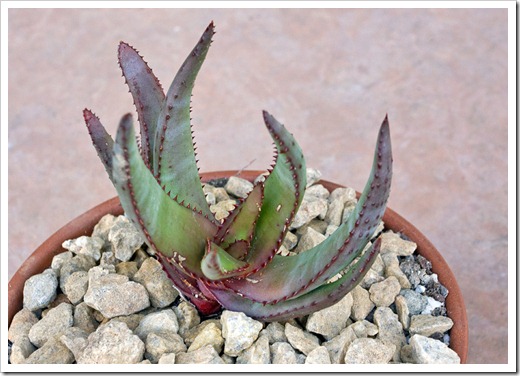 Aloe capitata var. quartziticola I bought at Ruth Bancroft Garden.
It’s lost its purple tinge since then because I’m keeping it in partial shade.

While there is certainly a resemblance, I was and still am not sure if what I bought really is variety quartziticola or the “regular” variety capitata (less purple). I fretted about it for a while, like I sometimes do in matters of such epic importance, and then forgot about it.

Until I happened to browse the online catalog of Arid Lands Greenhouses where I found yet another quartziticola for sale. I couldn’t help myself so now I have two plants of ostensibly the same variety. In spite of their obvious similarities, they do look different enough: 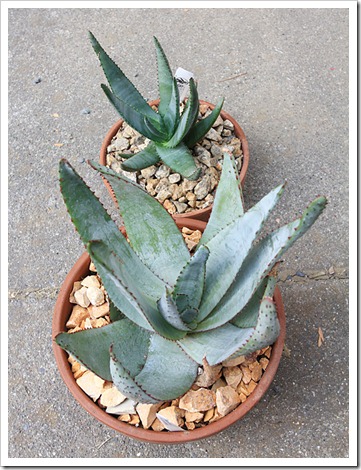 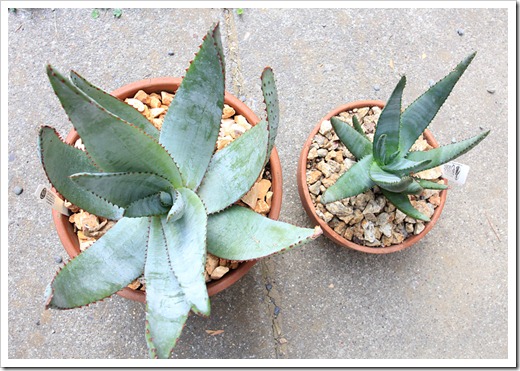 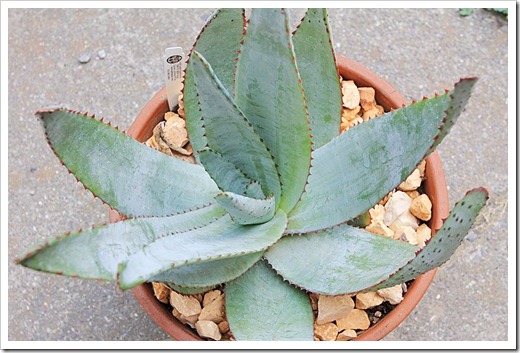 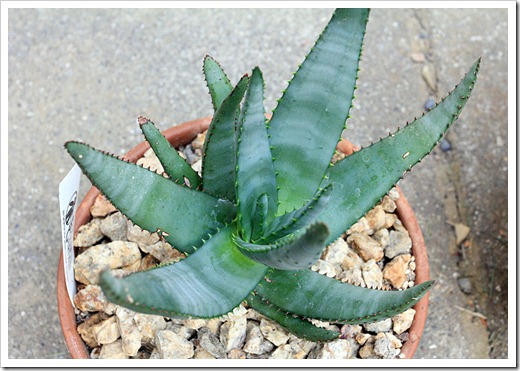 Are they both var. quartziticola or not? Who knows. I will grow them side by side—and give them more sun to induce the purple coloration—so hopefully I will know the answer eventually.

Am I the only one to obsess over things like this or do you have similar issues that nag at you?