The rise and fall of my dinner plate aeonium

One of the plants I bought at the Succulent Gardens Extravaganza last fall was this dinner plate aeonium (Aeonium tabuliforme). It was almost totally flat, rising less than an inch above the soil. My plant was about 6” in diameter but from what I read Aeonium tabuliforme has the potential to grow to a whopping 18” across while still not exceeding a height of 2”. 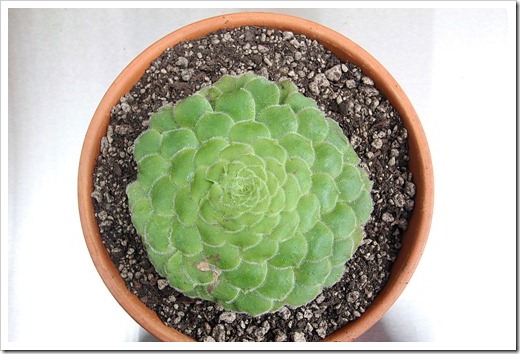 Here is a close-up of the tightly overlapping leaves fringed with delicate eye lash-like hairs. Notice the almost metallic sheen. 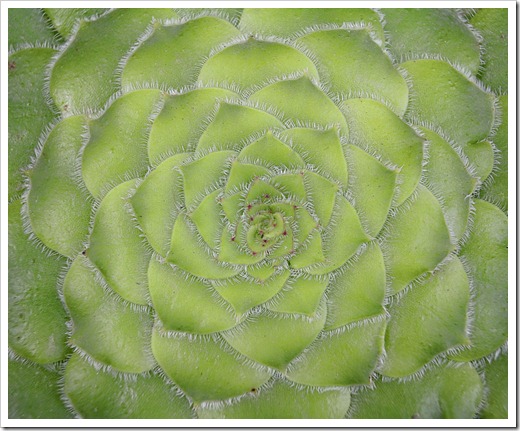 But this exquisite beauty was not going to last.

In the spring, the formerly flat rosette started to rise and soon it became obvious that a flower stalk was beginning to form. At the same time, the color of the leaves changed quite noticeably from a muted apple green to an almost fluorescent yellow green. 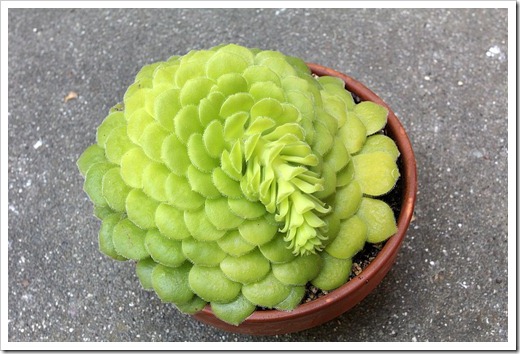 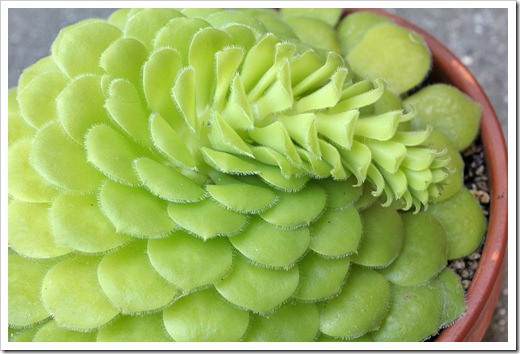 Like most agaves, aeoniums are monocarpic. This means that after flowering, they die. Usually the plant either produces offspring that grow around it in a cluster or copious amounts of seeds. The dinner plate aeonium, unfortunately, is a solitary species so mine has no babies.

As the weeks went by, the flower stalk became taller and taller and soon individual flowers began to appear. 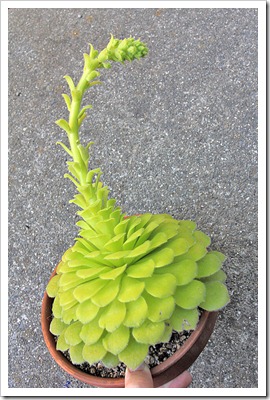 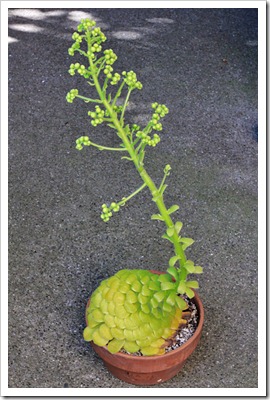 By mid-June, many of the flowers had opened up. 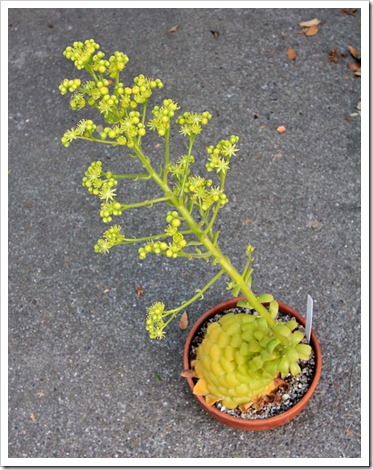 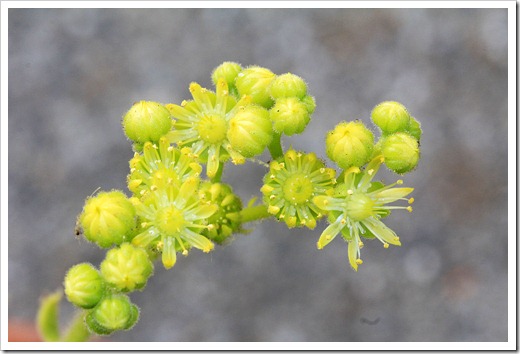 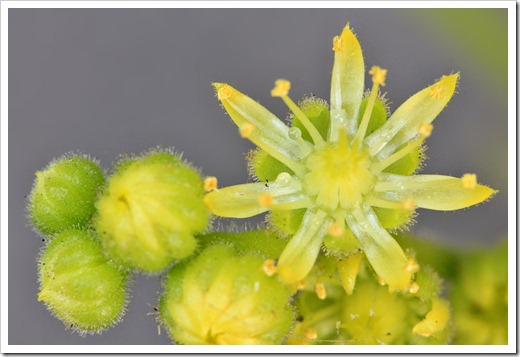 At the same time, the lower rows of leaves started to dry up—the dying had begun. 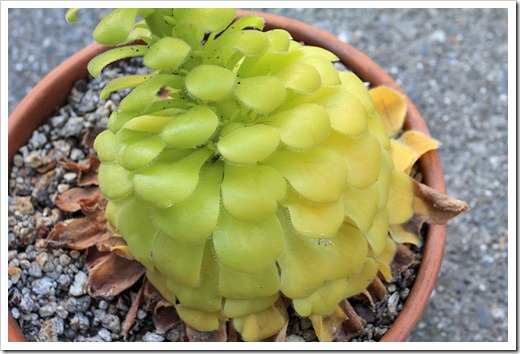 This is what my dinner plate aeonium looks like today. Too early to tell if it there are any viable seeds. 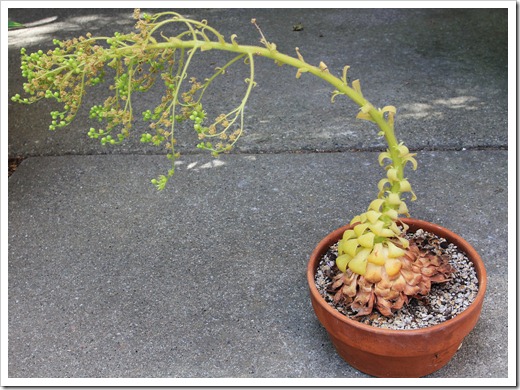 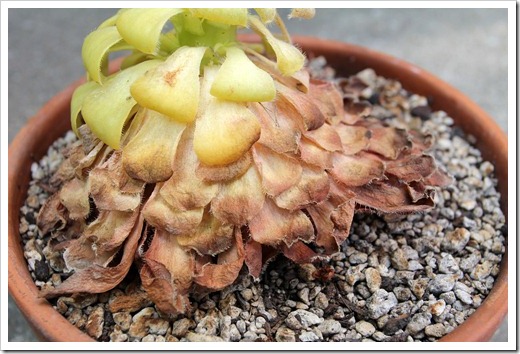 The good thing is that this year’s Succulent Gardens Extravaganza is only six weeks away. It looks like buying a dinner plate aeonium during this event is becoming an annual tradition!