Part 1 of my post on my recent visit to B&B Cactus Farm in Tucson, Arizona contained photos of the outside sales areas and the greenhouses. In this part I’ll show you the demonstration gardens and some of the plant containers and yard art that caught my eye. 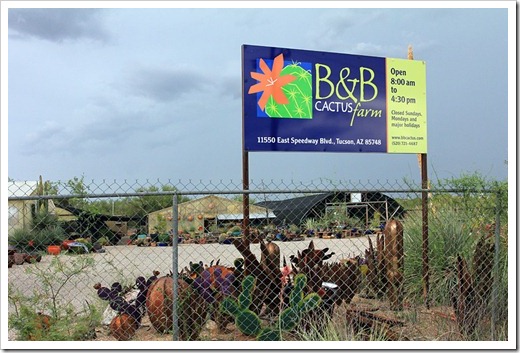 B&B Cactus Farms has two demonstration gardens. The first one is tucked away behind the greenhouses. I almost missed it but, being the nosy dude that I am, I found it simply by poking around. 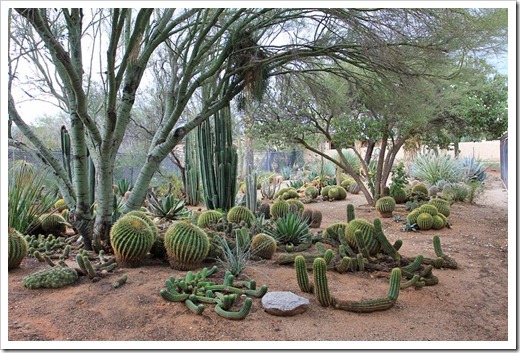 I had run into Mark Sitter, the current owner, in one of the greenhouses, and he said that the place was quite neglected when they bought it. They’ve been working hard to spruce things up and it shows.

Unfortunately, none of the plants in the demonstration gardens are labeled. While I recognized the many golden barrel cactus (Echinocactus grusonii), I didn’t know some of the other cactus, including the creeping species in the next photo. 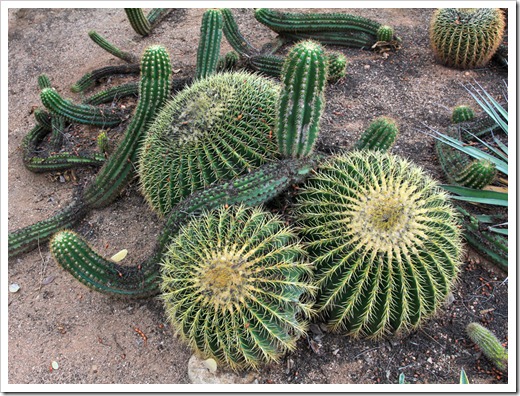 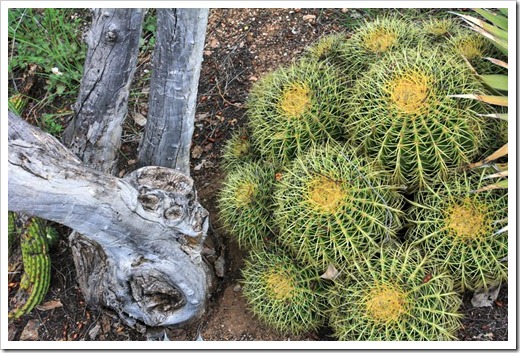 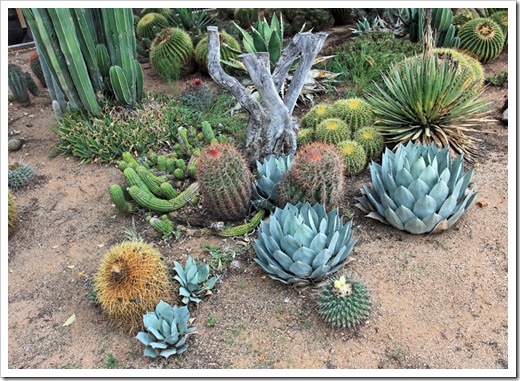 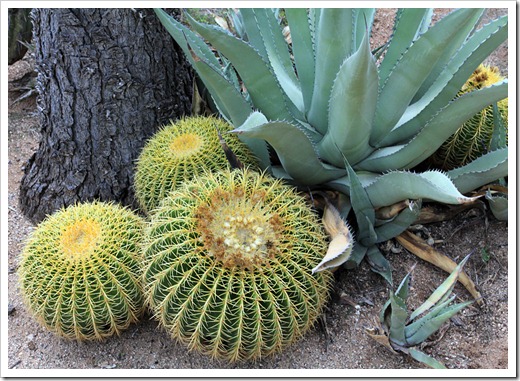 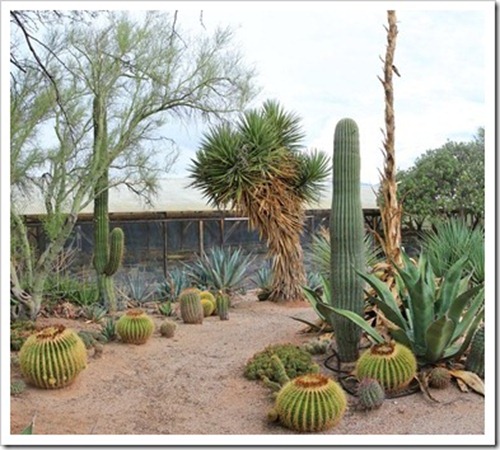 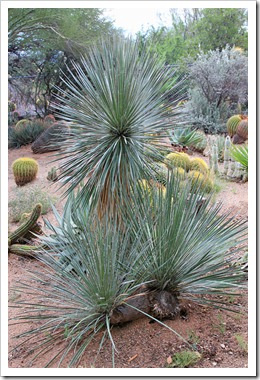 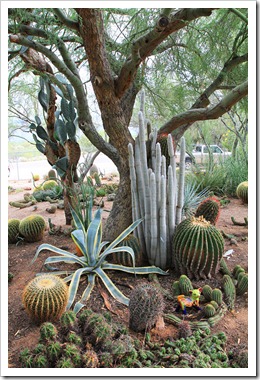 The second demonstration garden is in front of the property, bordering Speedway Blvd. There’s one thing both gardens have in common: golden barrel cactus (Echinocactus grusonii). While indigenous to Central Mexico, golden barrel has conquered Arizona. It is so ubiquitous in residential and commercial landscaping, I bet most people do think it’s an Arizona native. 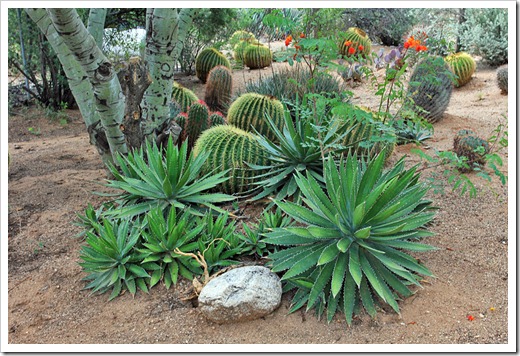 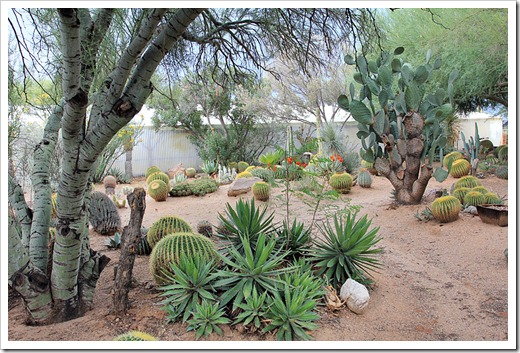 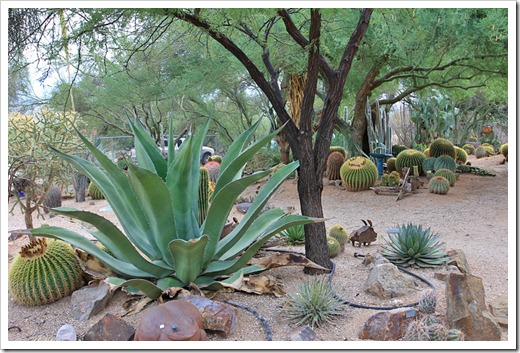 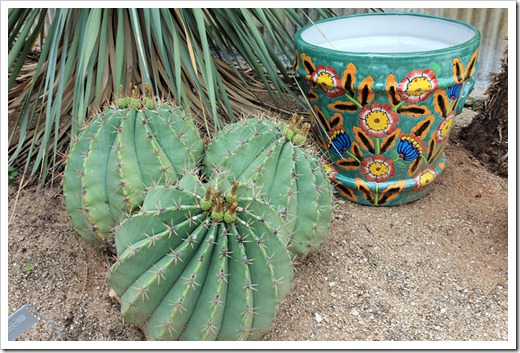 …and all kinds of yard art and garden décor. 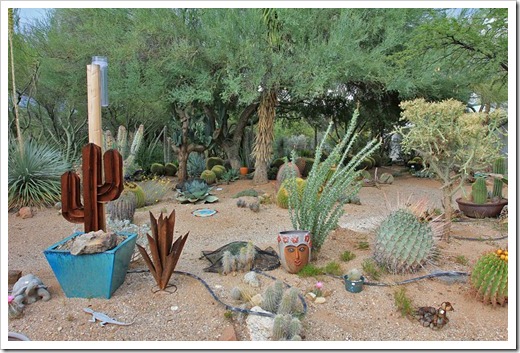 This area to the right of the entrance was packed with metal barrel cactus, agaves, prickly pears—and javelinas. Javelinas featured prominently at the Arizona-Sonora Desert Museum as well, both live and as stuffed animals. 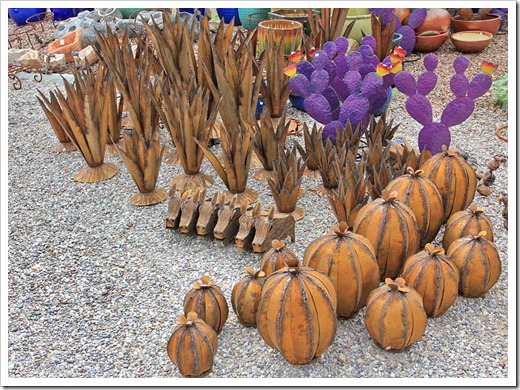 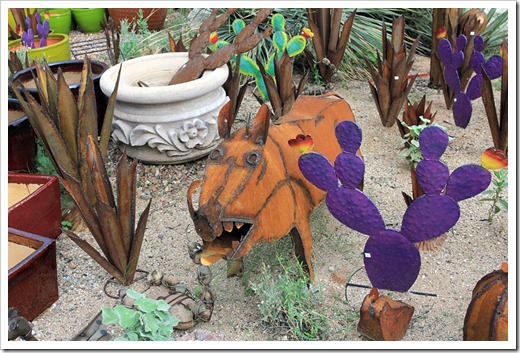 The area in front of the greenhouses featured painted pots galore, some of them already pre-planted with a cactus or agave. 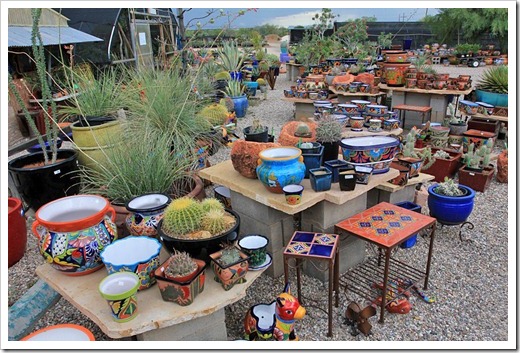 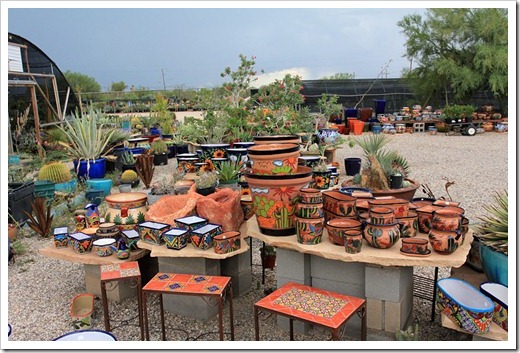 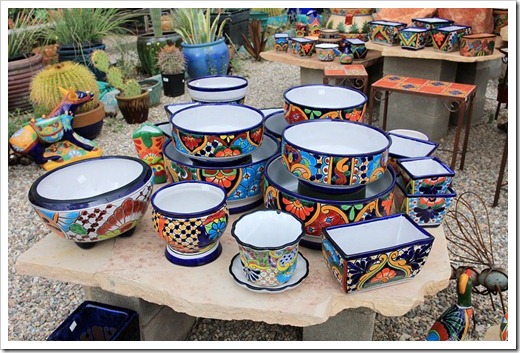 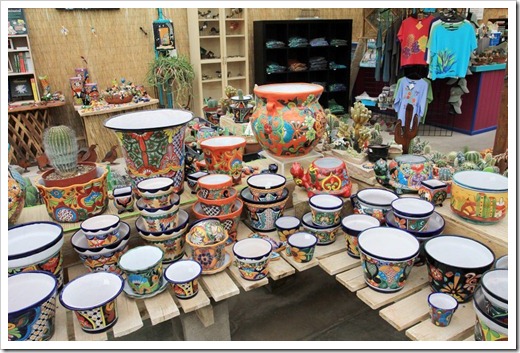 My favorite planting containers were the hollowed out lava rocks shown in the next couple of photos. I’ve been experimenting with something similar and I was glad to see that somebody is making these containers commercially available. 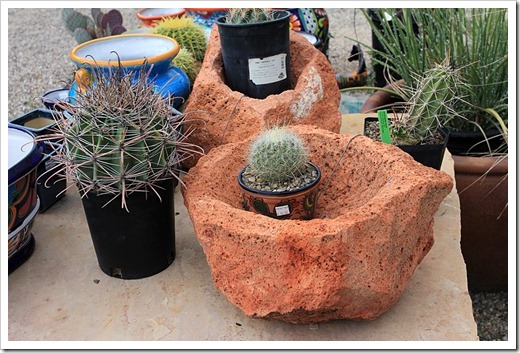 I just wish nurseries in our area stocked them too. 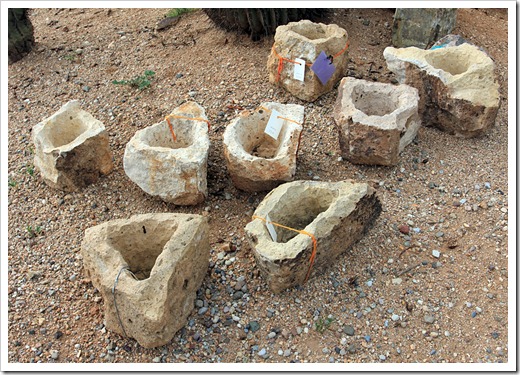 I was also drawn to the face pots in the next photo and would have bought one if we’d had more room in our car. I love all things quirky and eclectic. 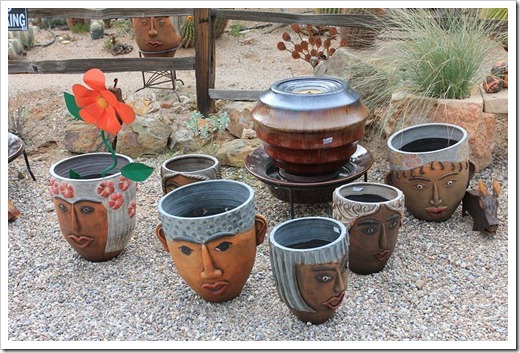 But my hands-down favorite pieces of yard art were these ants fashioned out of river rock and pieces of metal. 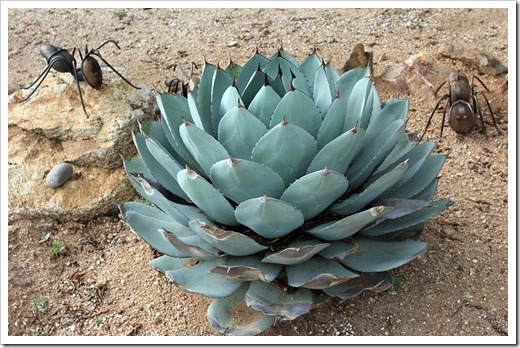 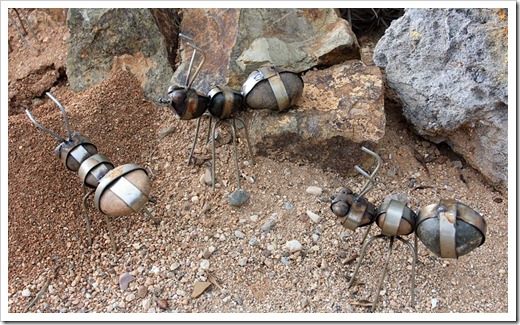 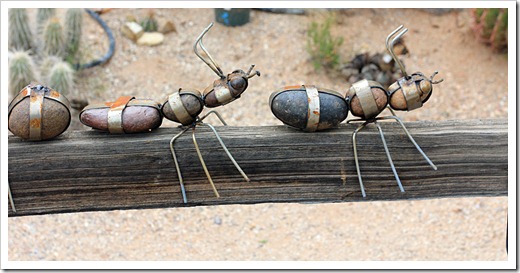 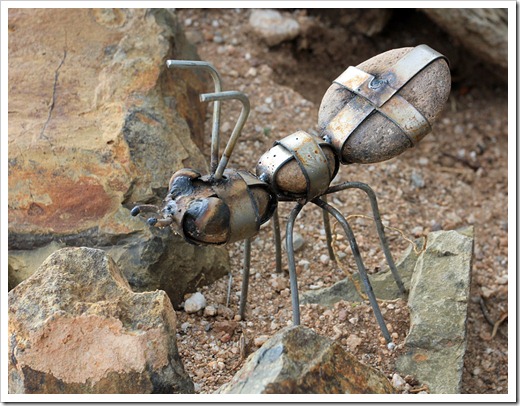 I do regret not buying a few. I particularly liked the fence-top display because I could look at them up close without crawling around on my knees and belly as I did to photograph the others. I hope B&B will still have these the next time I visit.