This month’s meeting of the Sacramento Cactus and Succulent Society was as hands-on as it gets: We made our own clay pots!

SCSS president Keith Taylor is an accomplished potter and brought not only the clay but also the inspiration. Here is one of his small pots: 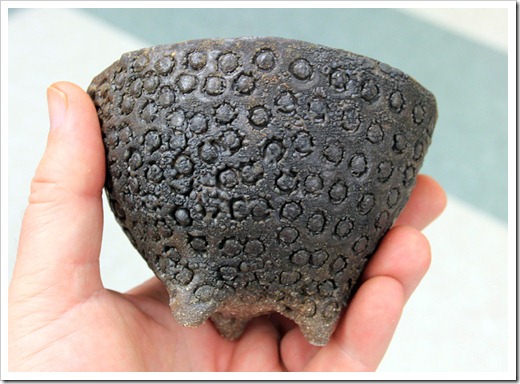 Here are some other pots, fired and unfired, that gave us ideas on what to do: 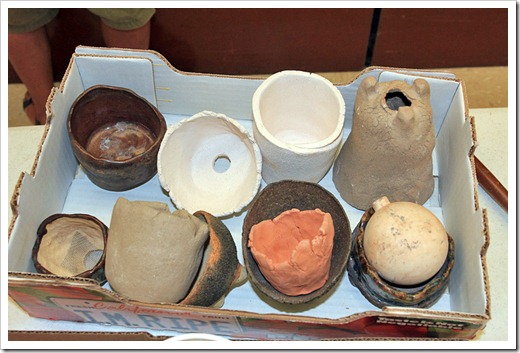 We started out with a ball of clay, about a pound’s worth. 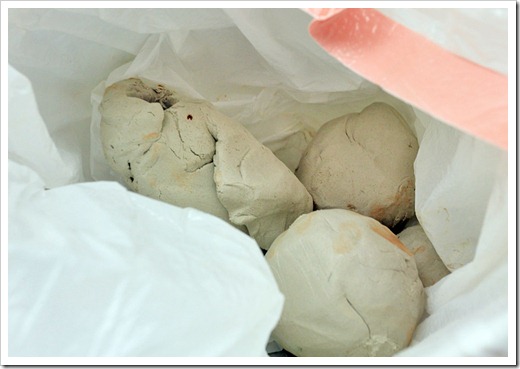 We had a choice between white and red. I chose red because I thought it would look better in my garden. 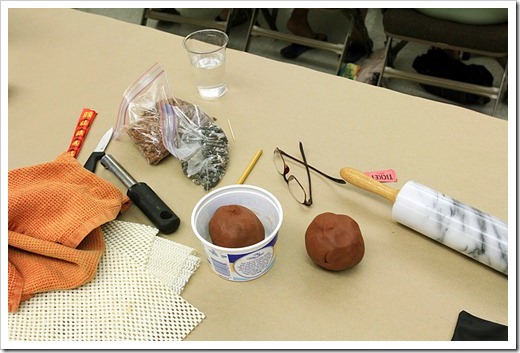 Aside from a family pottery class many years ago, I had zero experience making pots. Much to my surprise, forming a pot was harder than I thought. This is my first pot. 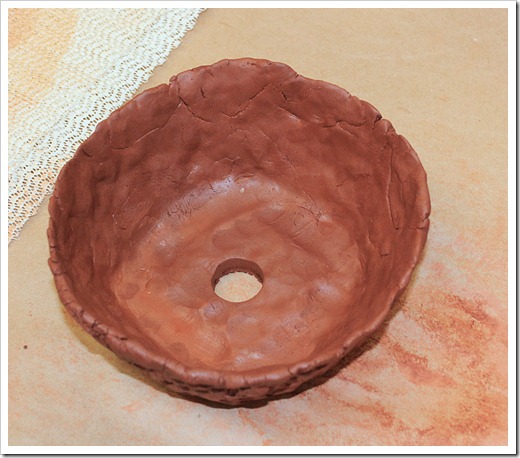 Definitely a bit rough around the edges, literally and figuratively. But that’s OK. I was definitely going for texture. (The dimples were made using a chopstick.) 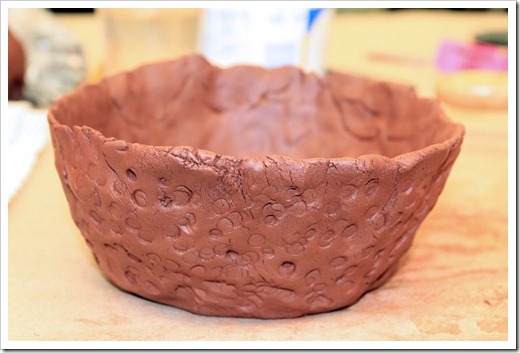 A quick glance around the room showed everybody busy at work. 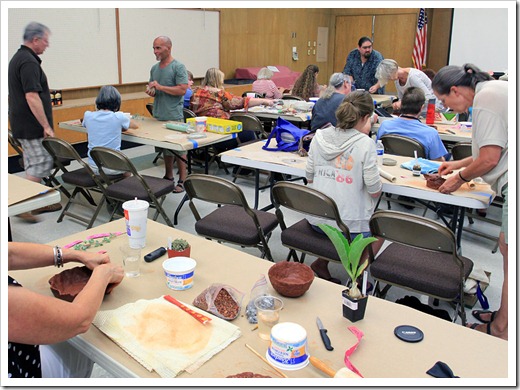 My second pot had even more texture thanks to the small pieces of lava rock I attempted to embed in the clay. Every other piece fell out, it seems, but I’m hoping some will stick. 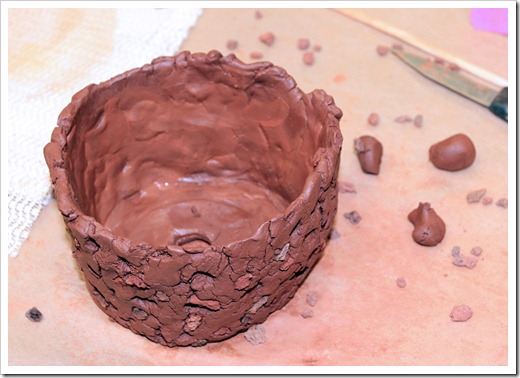 Doesn’t this pot look like a chocolate pie crust ready to go in the oven? 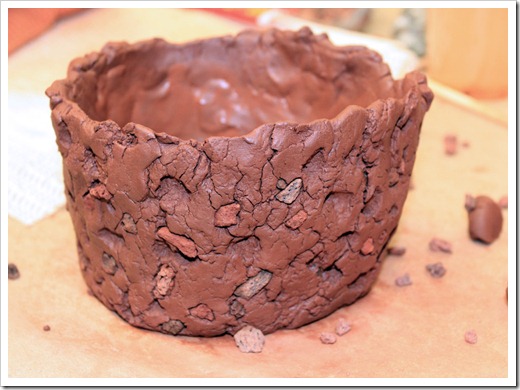 Here are my creations after I boxed them up. Keith will fire them in the next week or two after they have dried completely. 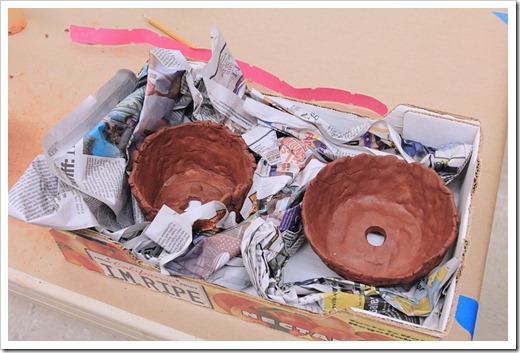 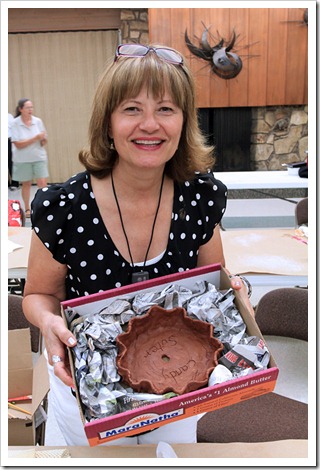 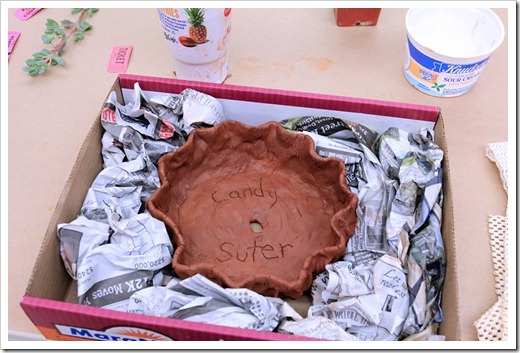 One final look at some of the pots the other SCSS members made. It was obvious that some of them had done this before. Their pots looked much more refined than mine. 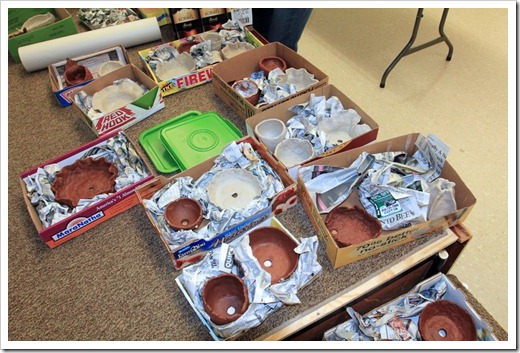 The next step will be to glaze or stain the fired pots. I’m not sure yet what I will do, but maybe apply some darker brown accents. Or maybe I’ll simply glaze them to make them water-resistant.

This was so much fun, I hope we’ll do it again next year.

NOTE: Due to the overhead fluorescent lighting, my photos have a slight color cast. I tried to correct it but wasn’t entirely successful. The color of the red clay was very similar to the red rock formations we saw on our recent Southwest road trip, specifically in Sedona, AZ and Moab, UT.