- July 25, 2017
After two weeks in Germany, we've arrived in Iceland for a 4-day stay. This is something I've wanted to do for a long time, and it's finally happening (Icelandair allows you to make a free stopover of up to 7 days on any transatlantic flight).

On our first day (Sunday), we explored Reykjavík, Iceland's capital and biggest population center (two thirds of Iceland's 332,000 people live there). Reykjavík means "Smoky Bay" in Icelandic, alluding to the mist often rising over the ocean. It was the first settlement in Iceland (874 CE) but there was no urban development here until the 19th century.

Today, Reykjavík is a modern city with a relaxed, easy-going vibe with all the conveniences you could ask for--and surprisingly little traffic. After all the crazy driving we'd encountered in Germany, that in itself was a huge boon.

We started out at Reykjavík's best-known landmark: Hallgrímskirkja, the Church of Hallgrímur. You can see the church from pretty much anywhere in the city center, and if you park close to it (like we did), you'll always know where your car is. The church is named after Hallgrímur Pétursson (1614-1674), a beloved poet and hymn writer, and was designed by Guðjón Samúelsson, Iceland's state architect at the time. Samúelsson created a uniquely Icelandic style of architecture that mirrored the geology of the country. His design for Hallgrímskirkja was inspired by the basalt columns that are form when lava cools. Construction of the church started in 1945 and the signature tower was completed fairly quickly. However, it took another 41 years before the rest of the church was finished: the nave wasn't consecrated until 1986.

In front of the church is a statue of Leifur Eiríksson (aka Leif Erikson), the intrepid Icelandic explorer who is said to have discovered Continental North America somewhere around 1000--almost 500 years before Columbus.

The interior of the church is beautifully simple, with strong lines and little ornamentation:

For a fee of 900 Icelandic kroner (about $8.50) you can take the elevator to a viewing deck which offers 360° views of Reykjavík. It's definitely worth it, as you can see below.

Just across Hallgrímskirkja is the Einar Jónsson Museum and Sculpture Garden. Jónsson (1874-1954) is Iceland's best-known sculptor. We skipped the museum but enjoyed a walk through the sculpture garden, which is open to the public.

While I didn't see "real" gardens on our walk through Reykjavík, here are some plant shots:

We spent a lovely couple of hours wandering through Reykjavík. There was little traffic on Sunday morning and nobody seemed to be a hurry. 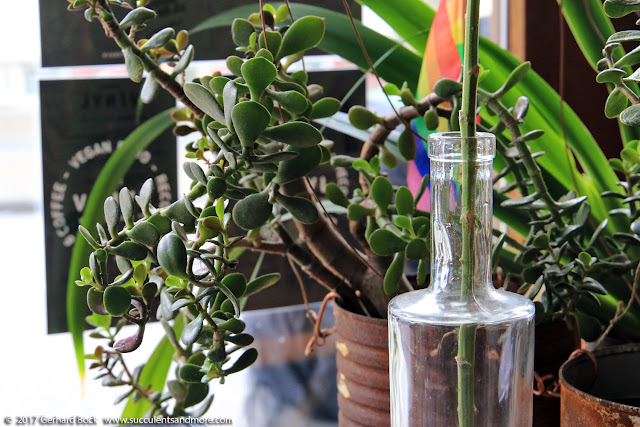 In the evening, my wife and I drove to Perlan, another landmark building in Reykjavík. It's a complex of six enormous tanks that store geothermal hot water for the city of Reykjavík, each tank holding 1 million gallons. On top of the tanks sits a glass dome with an observation deck, a café and a fine-dining restaurant. To fully appreciate the beauty of this structure, take a look at this aerial image.

Even though the summer solstice was a month ago, it still stays light until past 11pm and never gets fully dark.  I woke up at 4am this morning and I could have read in bed without a light. Our landlord says that in the summer he never sleeps more than 5 hours. If I lived here, I'd definitely install blackout shades! 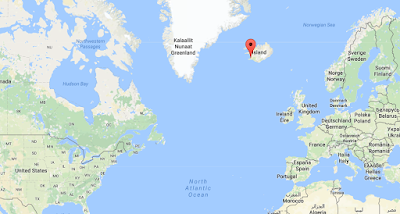 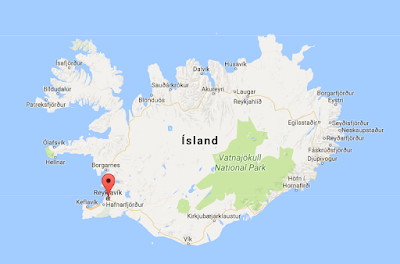