- July 22, 2017
Day 3 of our stay in the Bavarian Alps was spent in the Berchtesgaden area. As is the case with so many exceptionally beautiful places in the world, Berchtesgaden is overloved and overrun, especially in the summer, leading to heavy traffic and disgruntled drivers looking for parking. Still, I can't blame anybody coming here to enjoy this slice of paradise. After all, we were part of that crowd.


Ho hum, another picturesque house in the Berchtesgaden area! 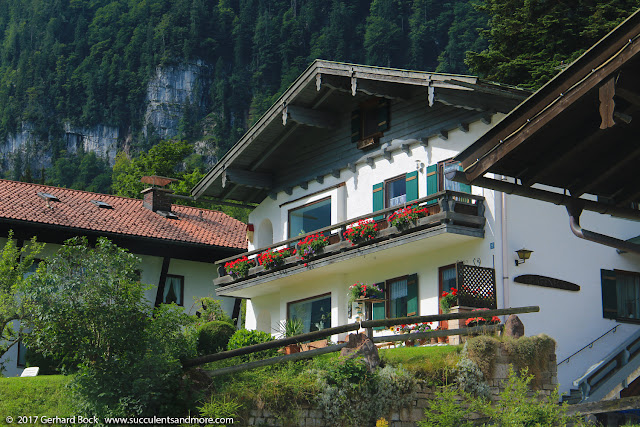 In the morning, we drove to the tiny village of Maria Gern, which is surrounded by steep alpine meadows. 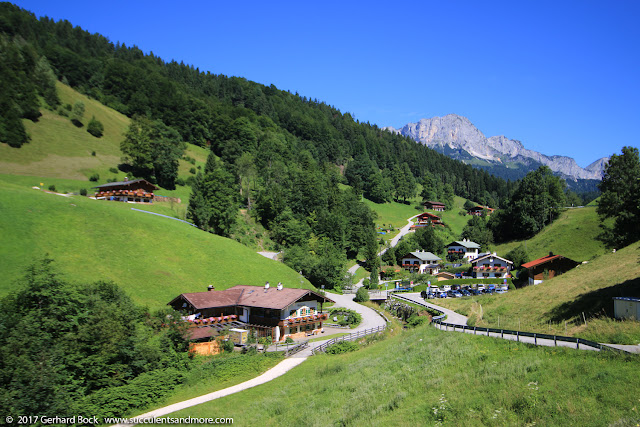 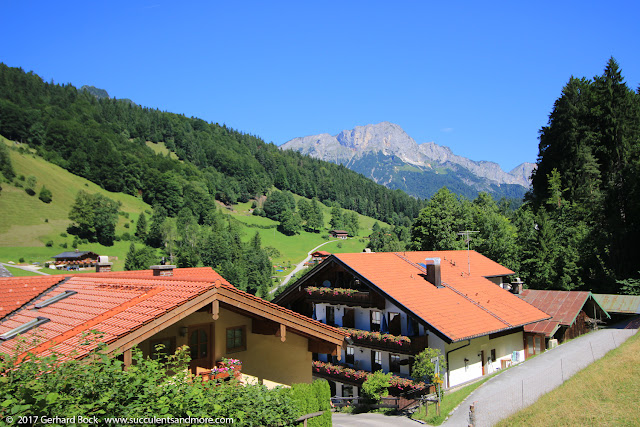 Its main attraction is the pilgrimage church built in 1708. 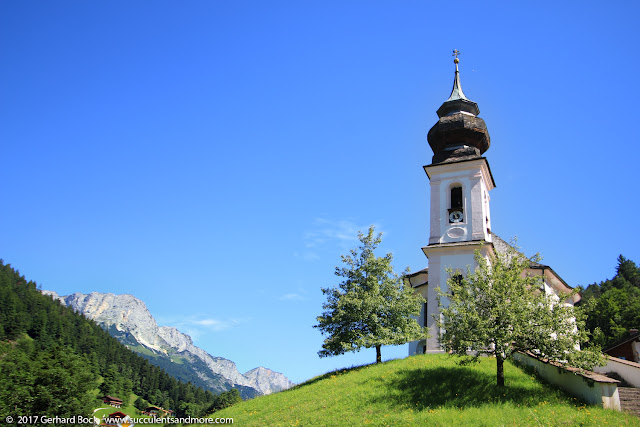 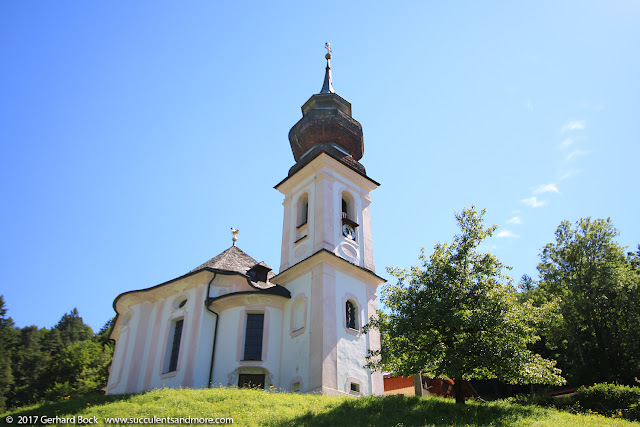 Of all the churches we visited on this trip, the Maria Gern church had the prettiest interior (if "pretty" is a proper adjective to use for churches): 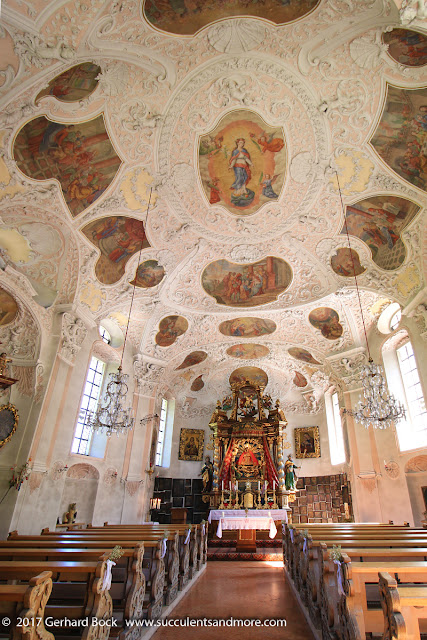 The drive from/to Berchtesgarden is on a narrow road that really isn't wide enough for two-way traffic but somehow it works--a surprise considering that Germans drive with little consideration for anybody else. The reward is a stunning vista of downtown Berchtesgarden against the Watzmann, Germany's third tallest mountain (2,713 m or 8,900 ft): 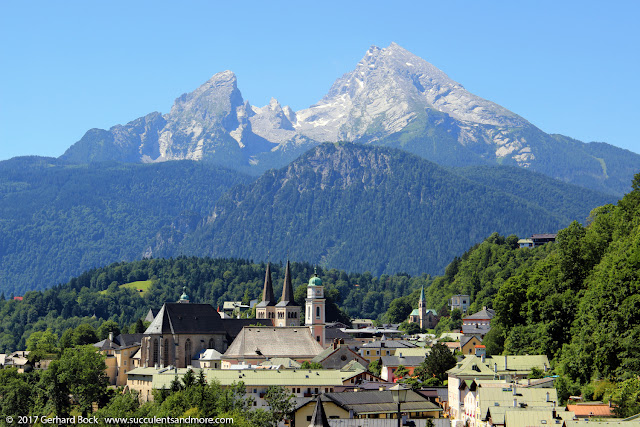 Our main destination on day 3 was the Kehlsteinhaus, also known under its English name, Eagle's Nest. Commissioned by Martin Bormann, the head of the Nazi Party chancellery, for Adolf Hitler's 50th birthday in 1939, it was completed in a backbreaking 13 months under exceedingly difficult conditions (12 people died) and at a staggering cost of 30 million Reichsmark (close to $200 million in today's US dollars, adjusted for inflation). While it was used extensively by the Nazi Party leadership for government and social functions, as seen in color footage from the era, Hitler only visited 14 times.

The Eagle's Nest was captured by Allied Forces in May of 1945 and used as a military command post until 1960. It was then handed back to the State of Bavaria and is now arguably the biggest tourist attraction in the Berchtesgaden area.

To visit the Eagle's Nest, you take a bus from the terminal near the Obersalzberg Documentation Center a few miles up the mountain from downtown Berchtesgaden. A fleet of buses scales Kehlstein Mountain on a 8 km (5.5 mi) road that passes through five tunnels and one hair-pin turn. The bus ride ends at the entrance to a 124 m (407 ft) tunnel. It leads to a brass-clad elevator which ascends the final 124 m (407 ft).

Here's what this translated into for us the other day: wait 1 hour for the next available bus; ride in a hot bus full of sweaty people but without air conditioning (I got shoved by a particularly eager passenger while trying to get onto the bus); wait 45 minutes in a claustrophobic tunnel to get to the elevator; be crammed into an elevator with 35 other people ("sardine can" is a benign comparison); enjoy the views on top for 45 minutes before lining up for another 30 minutes for the next elevator down; wait another 30 minutes for the bus to take you back down the mountain. If this sounds like a lot of waiting, you'd be right.

Is the hassle worth it?

Take a look at the views below and you'll know. Yes, it is worth it. Because once you're at the top, you can actually breathe. 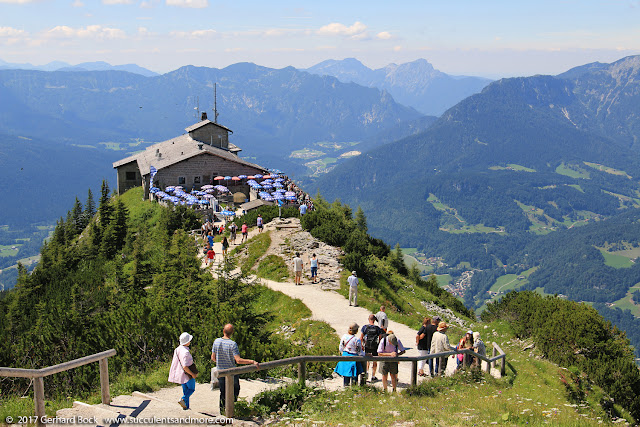 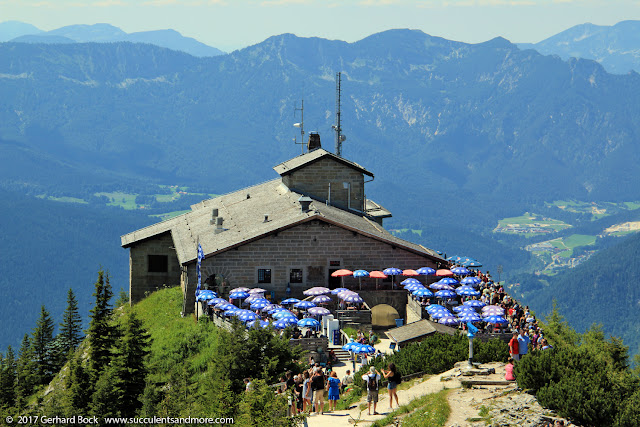 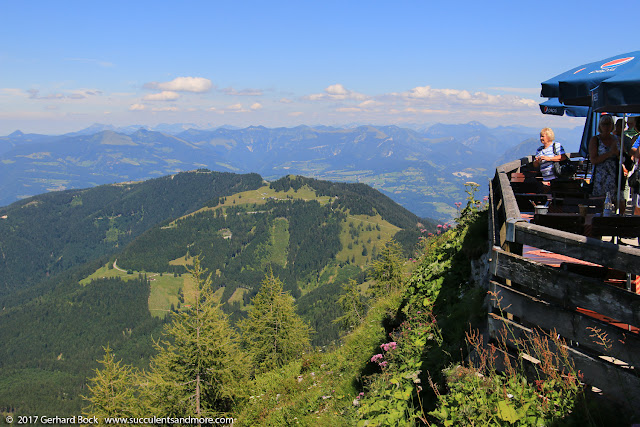 My favorite vista was of the Königssee (on the left in the next photo). You can see how steep the mountains are that rise above the lake. For more photos of the Königssee, arguably the most beautiful lake in Germany, see my post for Day 2.

Below are some of the wildflowers blooming in the high alpine meadows. The strappy plant on the right is false hellebore (Veratrum album): 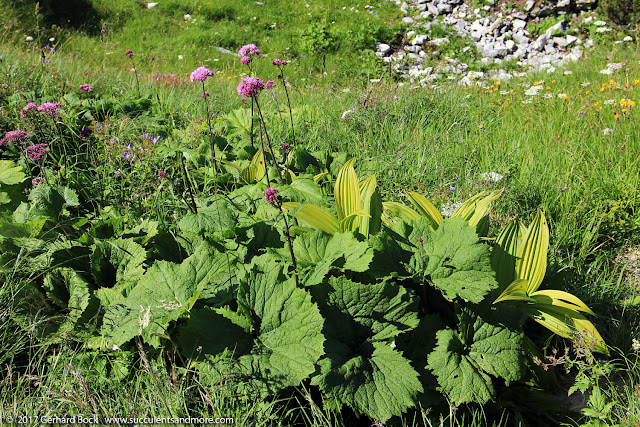 There was one aspect about the Eagle's Nest that surprised us greatly: Its Nazi past is treated as something incidental, instead of being the main focus. Yes, you can visit a few of the rooms where Hitler, Eva Braun and the Nazi elite wined and dined (although we didn't have time to explore them), but the building's operators are much more eager for you to visit the Bavarian-style restaurant with its sprawling terrace. While the Eagle's Nest wasn't a place where Nazi atrocities were committed, we didn't think it was appropriate to push history aside in favor of rampant commercialism.

Because of all the unexpected waiting that went along with our trip to the Eagle's Nest, we weren't able to visit the Obersalzberg Documentation Center, a museum dedicated to the Nazi leaders' mountain retreats, or the famous Berchtesgaden Salt Mine (both of them close at 5pm, much too early considering it stays light until past 9pm).

Instead, we took a walk along the Ache, a small creek near our vacation rental... 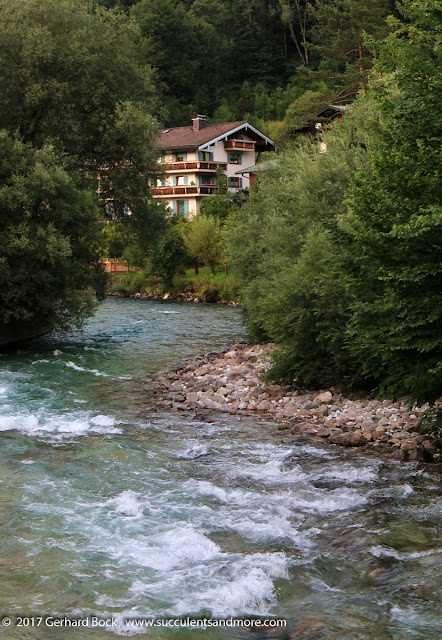 ...and then enjoyed the alpenglow on the nearby mountains from our apartment's two balconies: 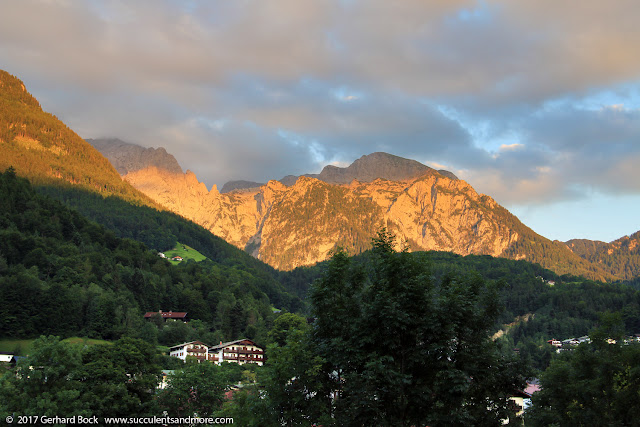 Not a bad way to end our stay in Berchtesgaden! 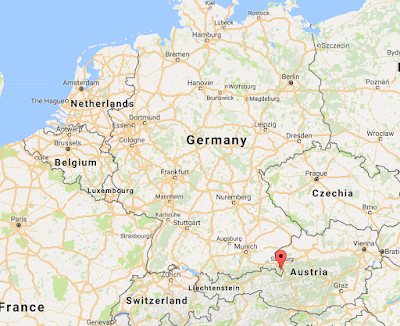