- March 02, 2017
Like many of you, I've been a big fan of Plant Delights Nursery in Raleigh, North Carolina for a number of years. Even if you've never ordered from them, you're probably familiar with their catalog—easily the most unique and entertaining plant catalog in the country.

Owner Tony Avent is one of the world's leading plantmen, a true renaissance guy. To get an idea of what he's done and where he's been, check these plant expedition logs. Among many other plant categories, he's considered an expert in agaves. Plant Delights has introduced many agave cultivars over the years, including 'Silver Surfer', 'Arizona Star' and 'Frostbite'.

The 2017 catalog is particularly rich in new Agave and ×Mangave cultivars. Take a look here. The entire range of agaves and mangaves currently available is here. I placed an order when the 2017 catalog came out a few months ago, and today my plants arrived. For a plant lover, few things are as exciting as receiving a package like this in the mail: 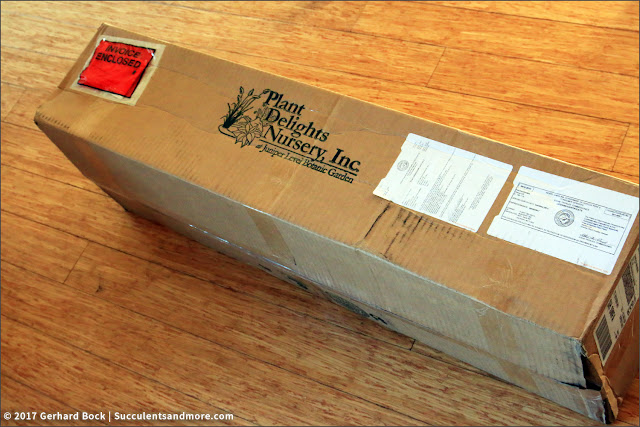 I was a bit surprised by the size of the box, considering I ordered only five plants. However, right after opening the box, it became clear that everything was very well packaged. 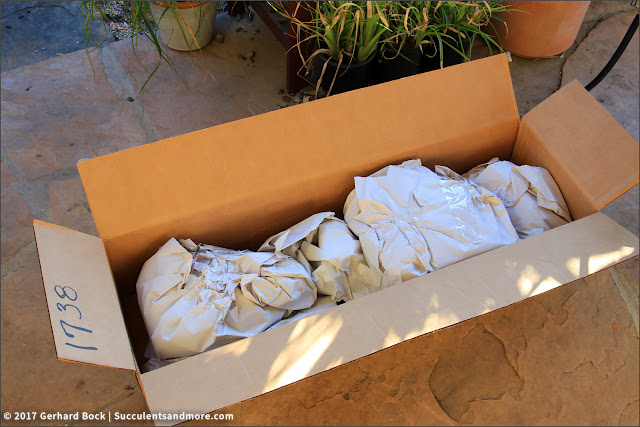 This is where all the old Plant Delights catalog go: 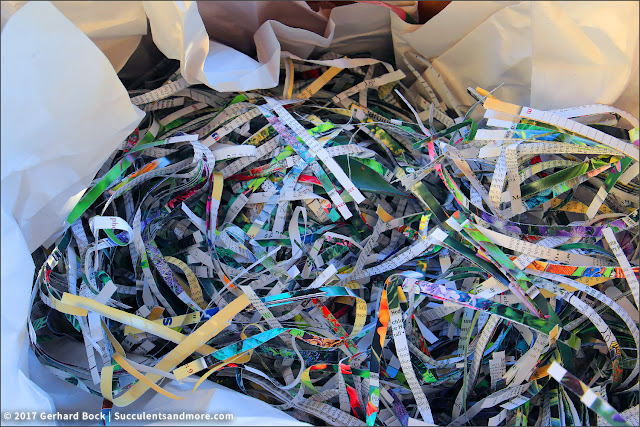 And here are my new beauties: 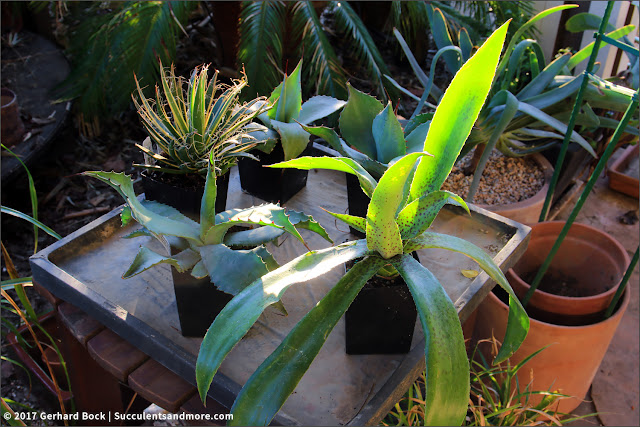 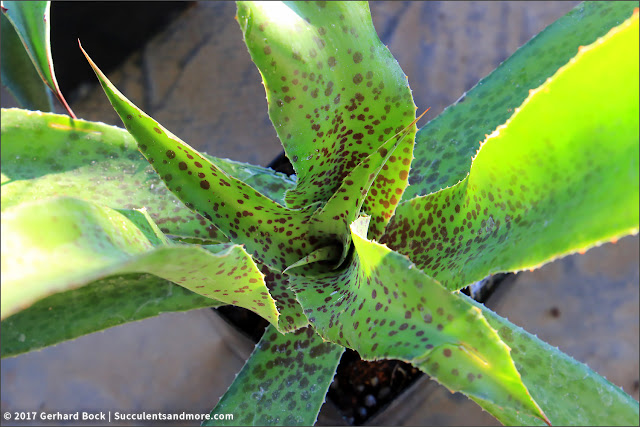 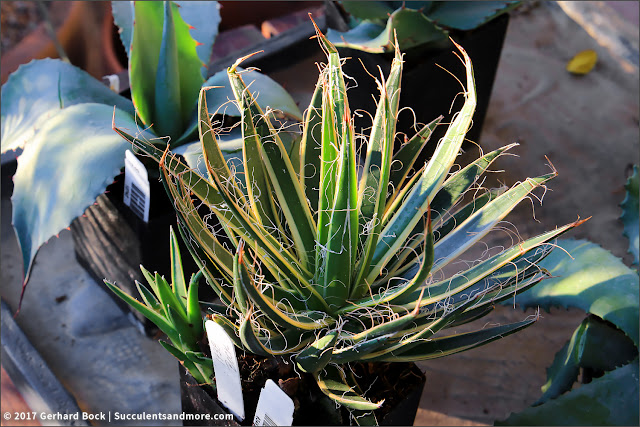 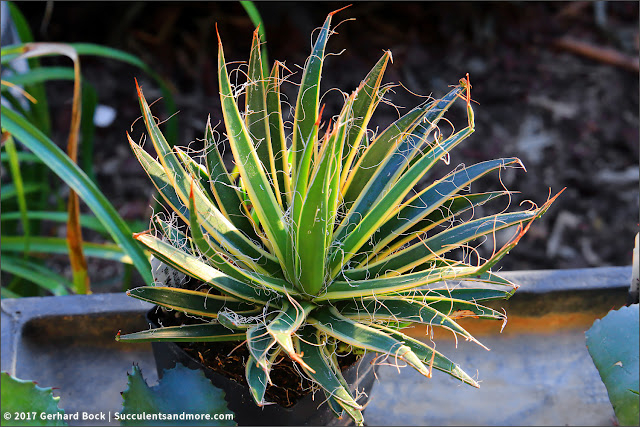 The comment about it being solitary is interesting, considering my plant does have a pup already! 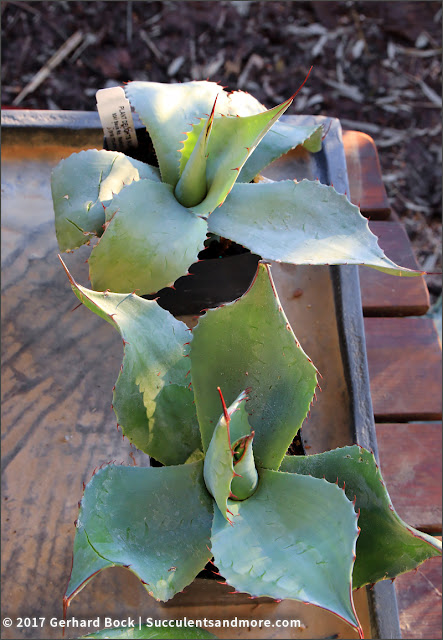 Agave 'Bluebell Giants' is a 2016 Plant Delights Nursery introduction of a seed strain of century plants that originated from our 2014 cross of two of our largest and hardiest century plants, Agave × protamericana and Agave × pseudoferox 'Bellville'. If the size of the parents is any indication, we expect the offspring to reach at least 7' tall x 12' in width or larger. Each Agave 'Bluebell Giants' seedling is different, but the consistent traits we've seen so far are fast growth rate, nice blue foliage, and upturned leaf tips. Agave 'Bluebell Giants' contains genes from at least three agave species (Agave americana, A. asperrima, and A. gentryi). This is a limited-time offer or until we run out of seed.

The mature size of this cultivar is intimidating, but I couldn't resist. Now to find a spot for it! 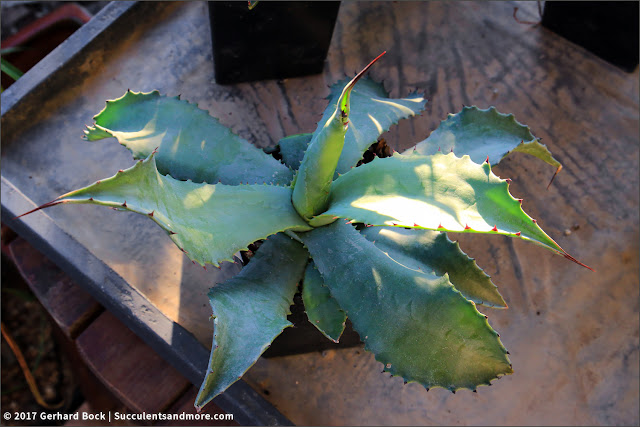 We grew this seed batch of Agave ovatifolia and it was quickly obvious there had been some romantic hanky panky in the high desert mountains of Northern Mexico. The resulting offspring from the tryst appear to be hybrids of Agave ovatifolia with the lovely Agave parrasana and possibly Agave asperrima (scabra). The foliage of Agave 'Desert Love' ranges from wide to narrow with an assortment of recurved leaf tips, spine patterns, but almost consistently blue foliage...unlike the mostly green Agave ovatifolia hybrids we offer as 'Huasteca Giant'. This is our first offering of these amazing plants, so if you like hardy century plants, you may want to try several, since each individual is different. We anticipate most plants will mature in the 2' tall x 6' wide range, but there will be some smaller and some larger.

This one sounded so interesting that I ordered two.

Here they are again: 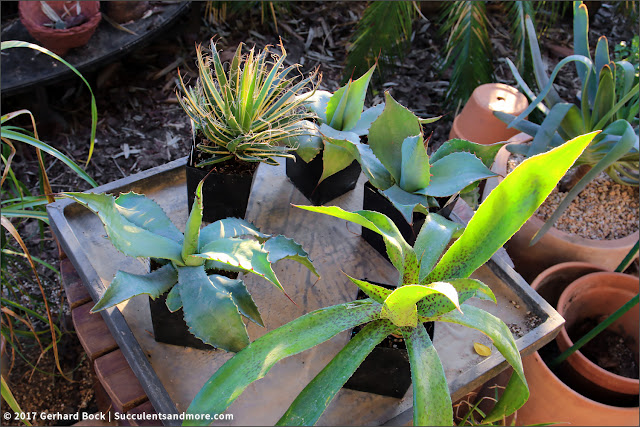 I'm really excited about the potential of these rare and unusual cultivars. It's always good to have replacements on hand in case an in-ground plant needs to be removed. The likelihood of that happening is high after our extremely wet winter.
agave mail order nurseries