- March 29, 2017
In Vignettes from Victoria 1 I mentioned that spring is very late this year. The Butchart Gardens blog says that the "floral calendar is almost a full month behind." But there is good news, too: "[B]ecause of this we are anticipating one of the most dynamic spring seasons ever." Maybe this will be true for the entire Pacific Northwest. A bit of payback for my long-suffering friends in Portland and points north.

Meanwhile, I keep discovering pockets of color all over Victoria. Originally a hospital, the venerable St Joseph Apartment Building on Humboldt St has several cherry trees that are in full bloom now. What a spectacular sight! 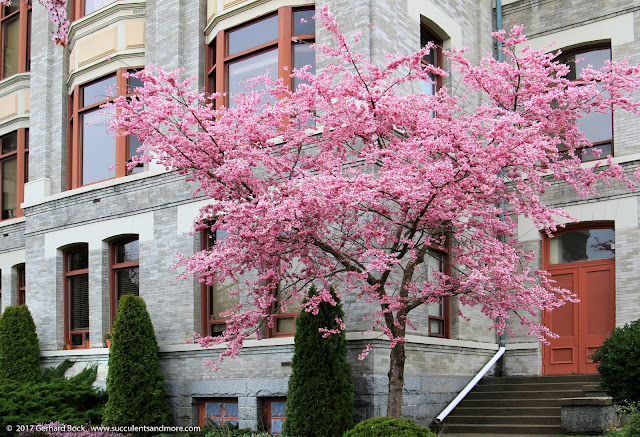 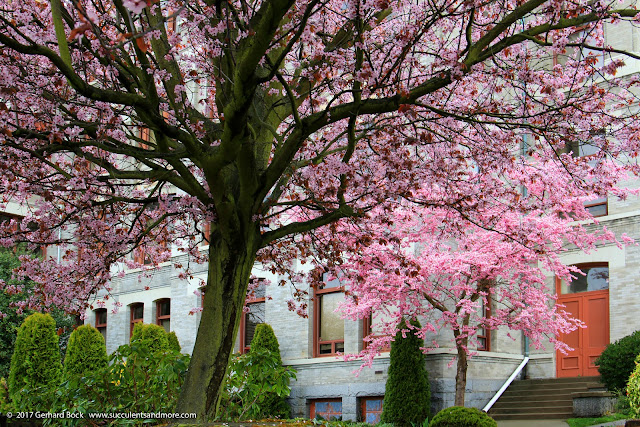 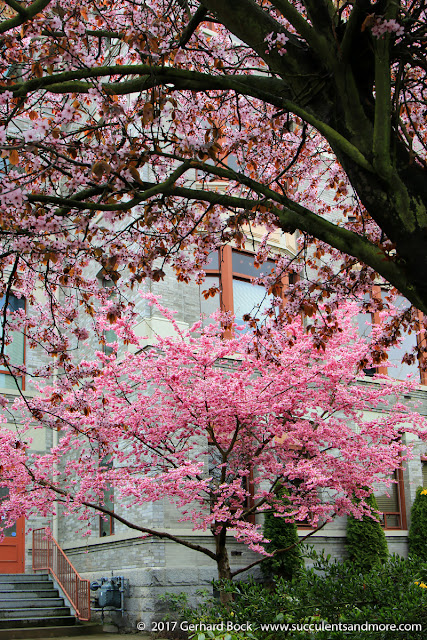 The forsythias aren't half bad either! 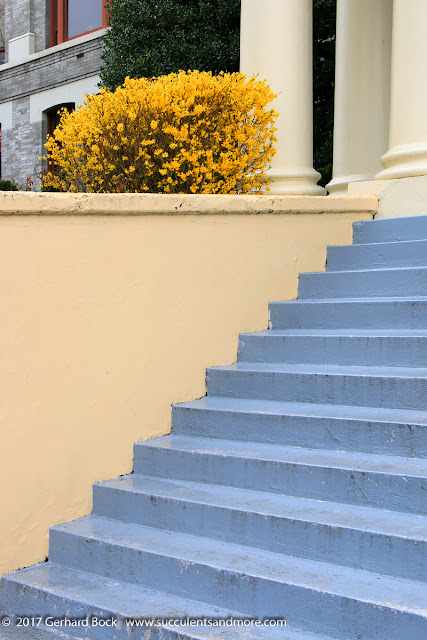 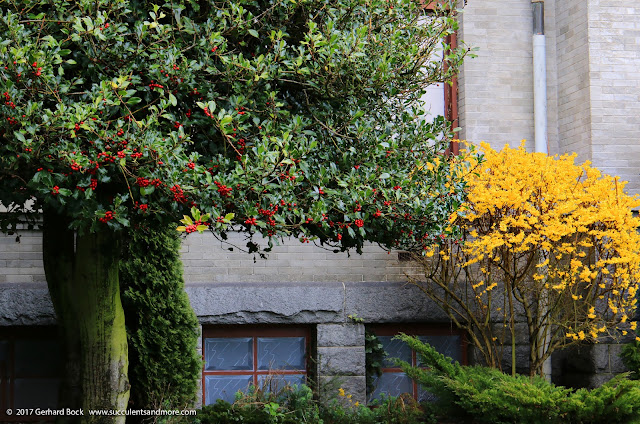 Government Street, Victoria's biggest shopping street, connects the Inner Harbour with Chinatown. It has a few flowering cherries, too, but the standout plants right now are dozens of European hornbeam trees (Carpinus betulus) in very large planters. They're in the very early stages of leaving out, but they still look like an oversized Q-tips to me. I don't mean this in a derogatory way. Quite the opposite. I'm fairly obsessed with them and took lots of photos. 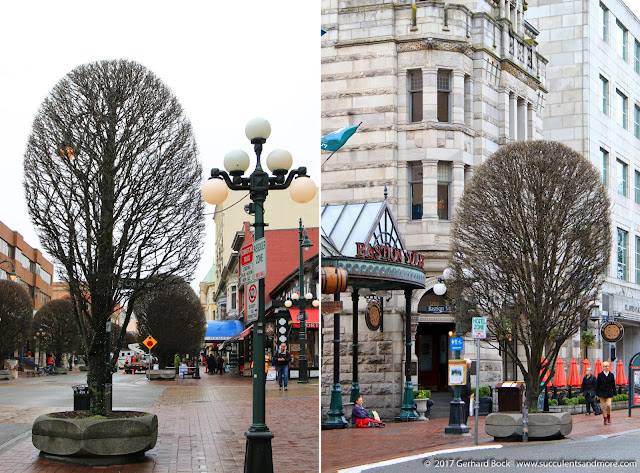 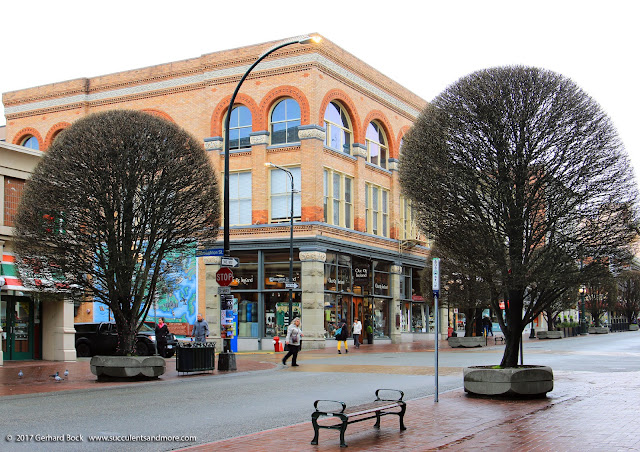 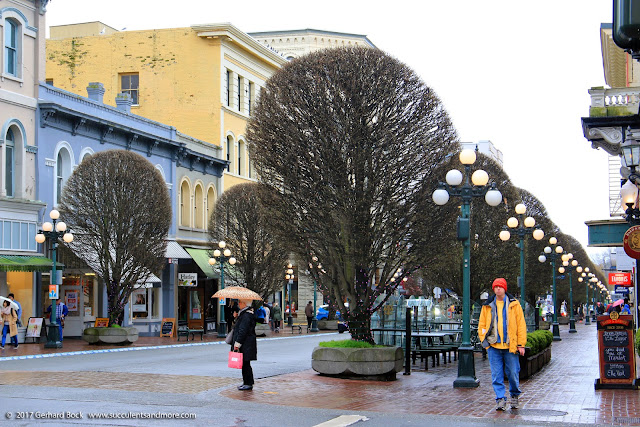 Moving on to Chinatown, we're missing the majestic flowering cherry spectacle we enjoyed so much last year. But Victoria's Chinatown, the oldest in Canada and the second oldest in North America after San Francisco's, is a must-see destination at any time of year. Yes, there are plenty of tourist shops, but it looks like it's still home to a vibrant Chinese community. 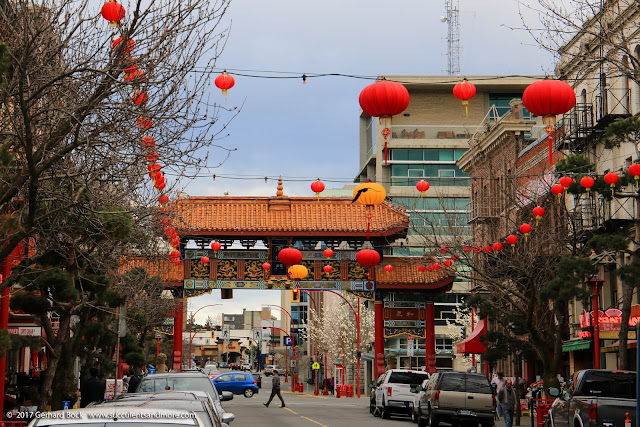 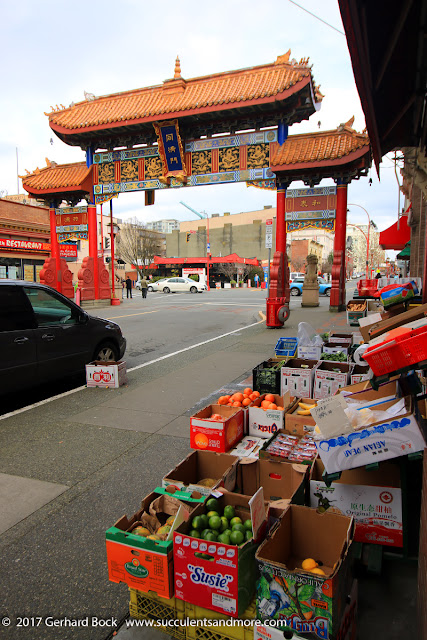 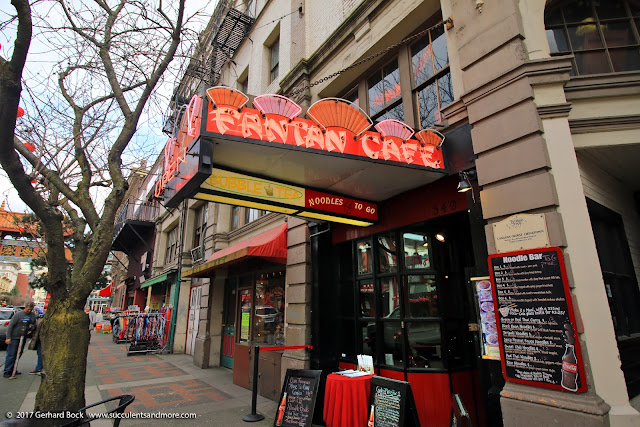 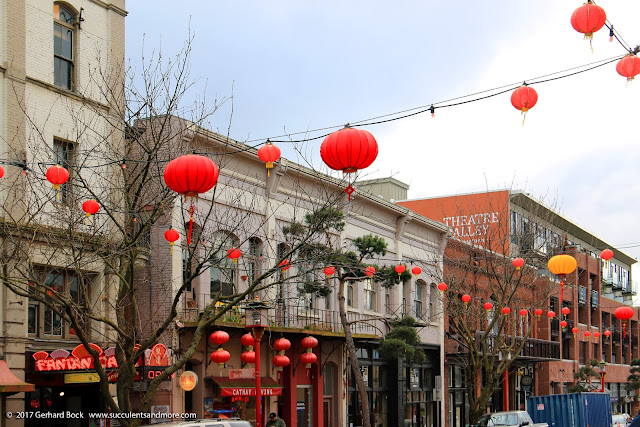 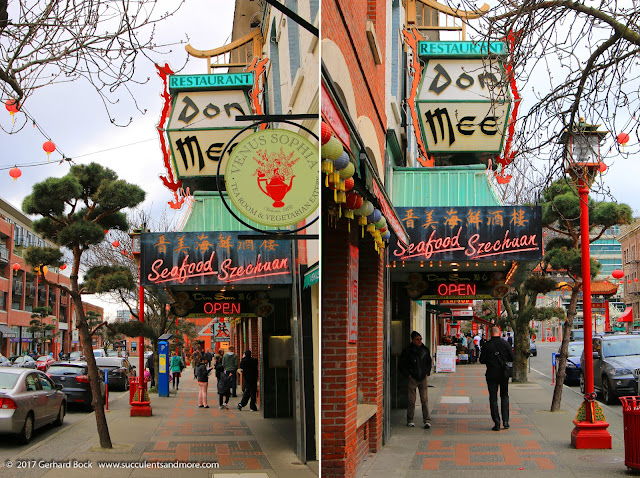 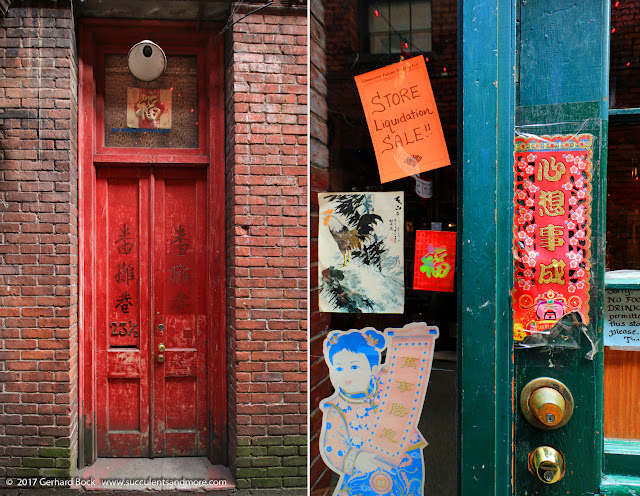 Look for one more "Vignettes from Victoria" post on Friday.