- March 30, 2017
Our last few days in Victoria, British Columbia were dominated by visits to three local gardens: the Butchart Gardens (everybody seems to have visited it at some point in their lives); the much smaller and more intimate Abkhazi Garden ("The Garden that Love Built"); and Finnerty Gardens on the campus of the University of Victoria. I took enough photos for dedicated posts, but for now here's the teaser version.

Locals I've talked to say that this winter was the harshest in recent memory. There was snow (!), something Victoria residents aren't used to. The University of Victoria closed down for half a day in January--only the third time that's ever happened. And the cold weather lingered much longer than it usually does. As a result, plants are weeks behind where they usually are. Butchart Gardens (located 20 km north of Victoria) says they're four weeks behind; a lady I talked to earlier today said that Victoria proper, where it's warmer than at Butchart Gardens, is two, maybe three behind.

As a result, many plants are still in late winter mode, rather than early spring. This is a crucial transition time, and the lack of blooms is quite noticeable. Especially at the Butchart Gardens where thousands of bulbs, especially daffodils and tulips, are still in the bud stage. But the Butchart Gardens has an ingenious solution: an indoor display garden ("Spring Prelude").

Everything the Butchart Gardens does is perfectly executed, and the Spring Prelude is no exception. Look for more photos in my dedicated post later this spring.

Many of the outdoor gardens still look sparse. In contrast, the Sunken Garden is alive with color, much of it coming from heathers and conifers in many hues of green. And yes, there are some early-blooming tulips, too. 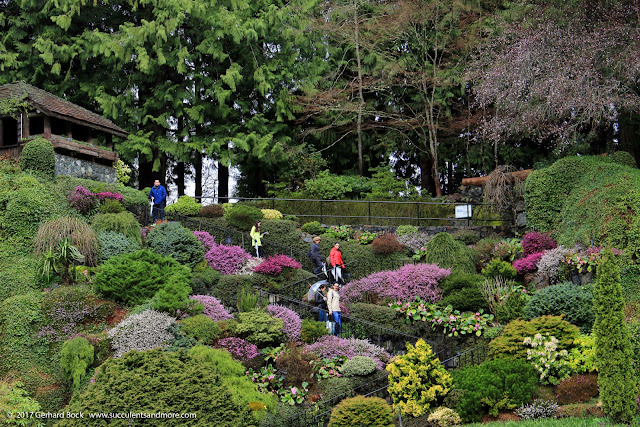 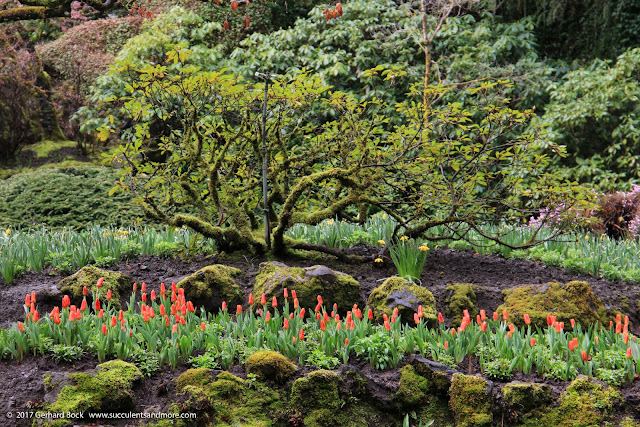 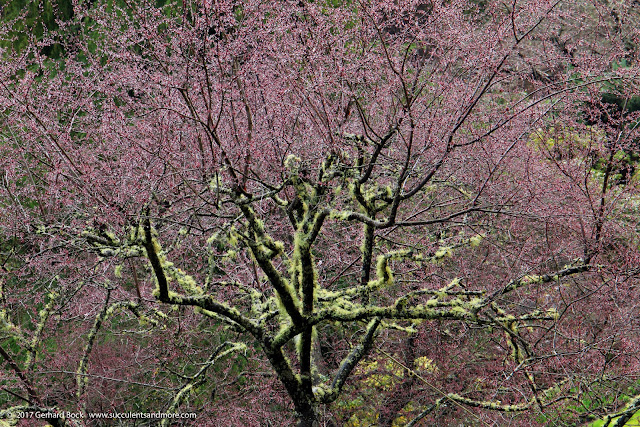 The Japanese garden at the Butchart Gardens doesn't need flower power to look great. Meticulously shaped shrubs and trees--and a generous helping of moss--are standouts at any time of year. Not to mention made-made features such as stone lanterns... 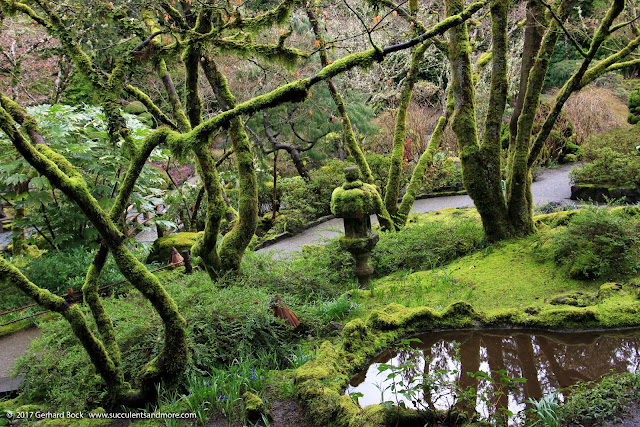 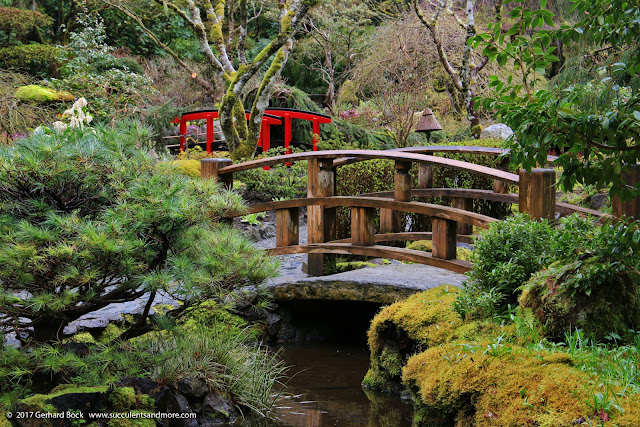 Abkhazi Garden in Oak Bay, one of Victoria's most beautiful neighborhoods, is the antithesis of the Butchart Gardens: It's a much more intimate space, created by two people as much in love with each other as they were with their garden. (Click here to read more about their tortuous story.) We visited the Abkhazi Garden last September and it left such an impression that I couldn't wait to go back. I'm happy to say that even though the garden was still in winter mode, I loved it just as much. If you ever visit Victoria, DO NOT MISS this garden!

This time my wife and I enjoyed Elevensies at the Tea House (i.e. the former residence of Peggy and Nicholas Abkhazi). It is run by Page Loten, whose love for the garden and attention to detail is evident in every aspect of the experience--from the service to the food to the tea. Talking of the food, it was perfection. I had never had better scones, not even in England. 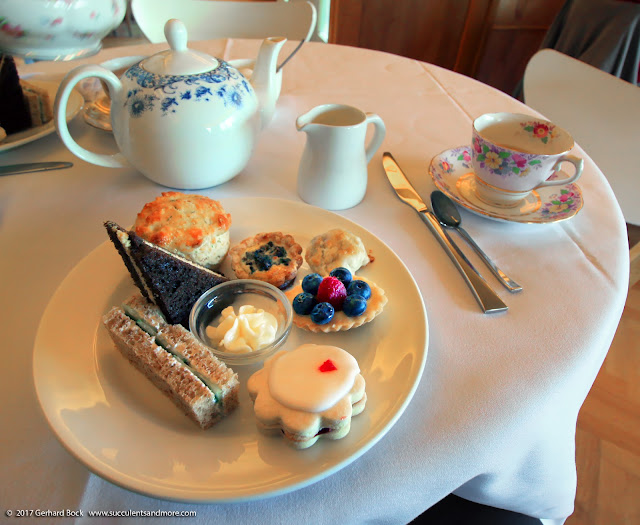 The third garden we visited was Finnerty Gardens on the campus of the University of Victoria. Last April, the rhododendrons were absolutely spectacular. Knowing this year's situation, I didn't expect much. Was it ever surprised! While we're not at last year's levels of floral splendor (yet), there's already plenty to admire. 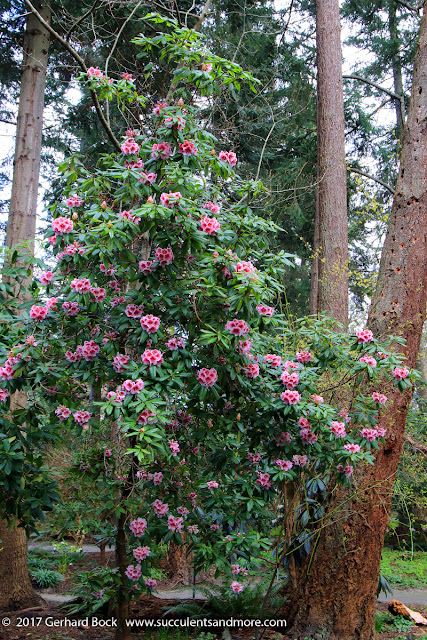 After a week of temperatures in the low 50s and more green that we ever get in the Sacramento Valley, I bet I'll be in for quite a culture shock when we get home to California!
British Columbia Canada flowers public gardens spring travel Victoria