- January 24, 2017
Winter is my least favorite season, and I constantly look for opportunities to get away--either physically or at least mentally. While I still have quite a few posts left to write about my recent Arizona trip, I decided today to head north instead of south: back to Victoria, British Columbia. In late August, my wife and I helped our oldest daughter get settled into her new life as a student at the University of Victoria.

While daughter #1 was doing student things, my wife and I took the opportunity to explore more places in Victoria that we hadn't seen on our previous trips (1 | 2). This included Beacon Hill Park, a 200-acre urban park stretching from the Strait of Juan de Fuca almost all the way to downtown (here's a map). I didn't know what to expect, other than a large public park, but in hindsight I shouldn't have been surprised at the stunning displays of flowers for which Victoria is world-famous. I don't know how much the city spends on public landscaping, but it must be significantly higher than other cities its size since even the medians in streets far away from where tourists stray are full of beautifully maintained flower beds. I had fallen in love with Victoria on my first trip, and this love affair deepened even more on this, my third, visit.

While the climate of Victoria is fairly mild, it is isn't frost-free (this winter they had snow on several occasions), but there's an undeniable lushness. Daughter #1 definitely could have picked a far worse place to go to college! 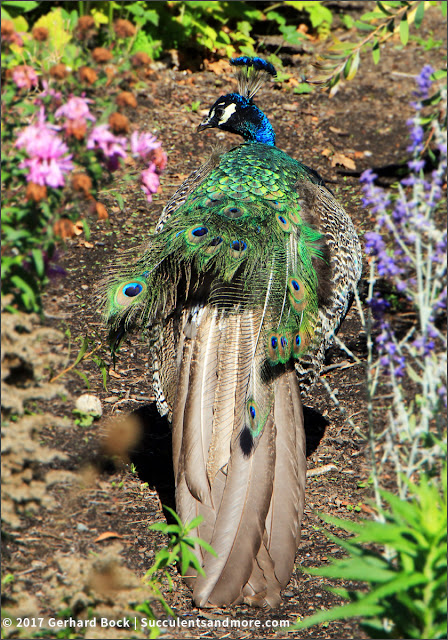 Beacon Hill Park is not a botanical garden so there are no plant labels. I was able to identify some plants but many were new to me. If you're able to provide plant identifications, please leave a comment. 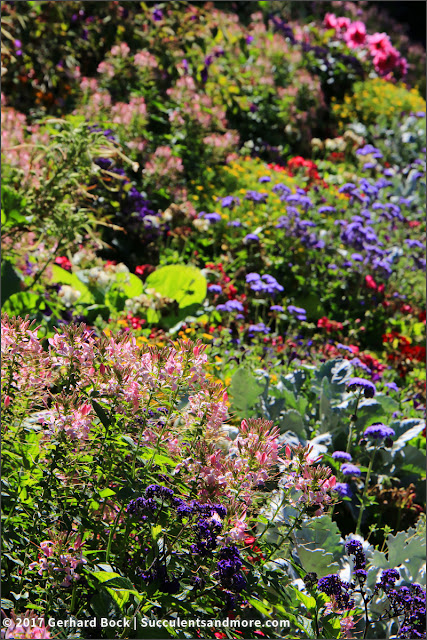 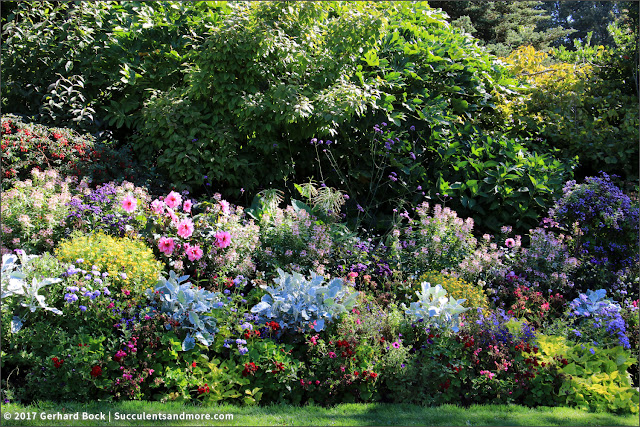 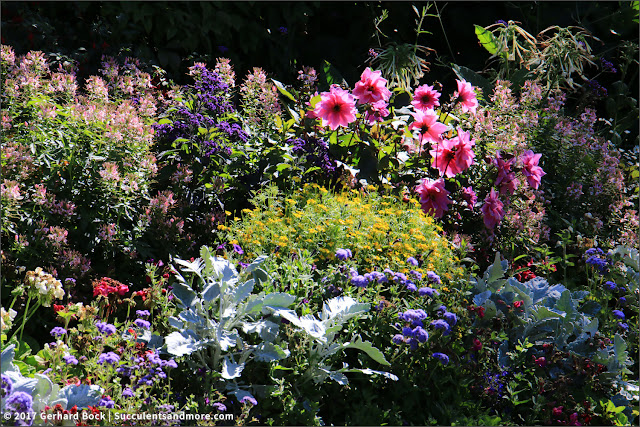 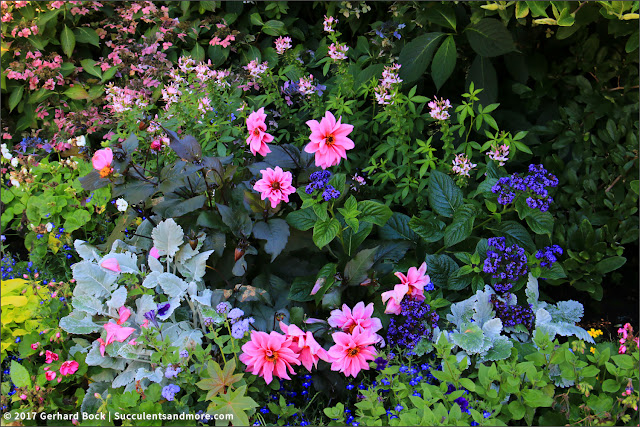 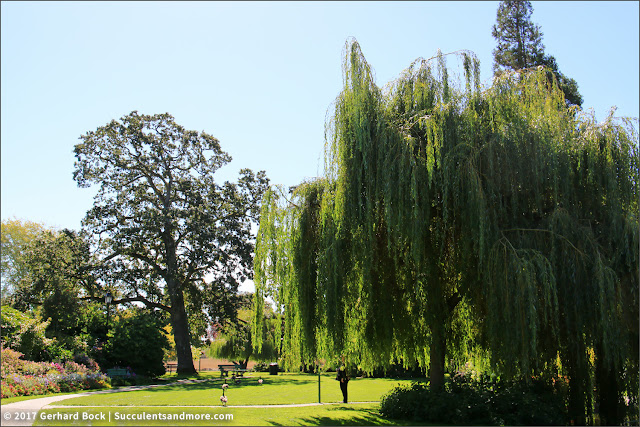 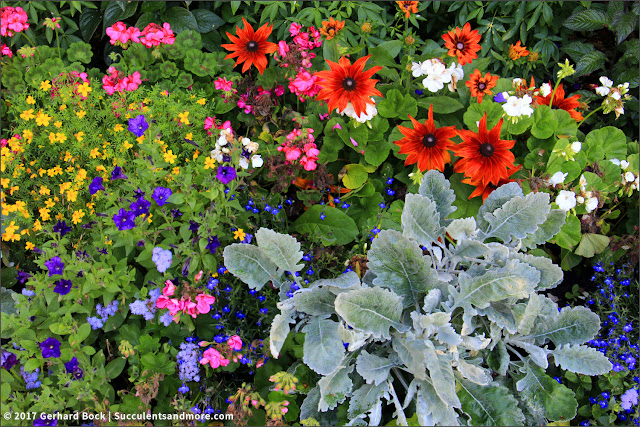 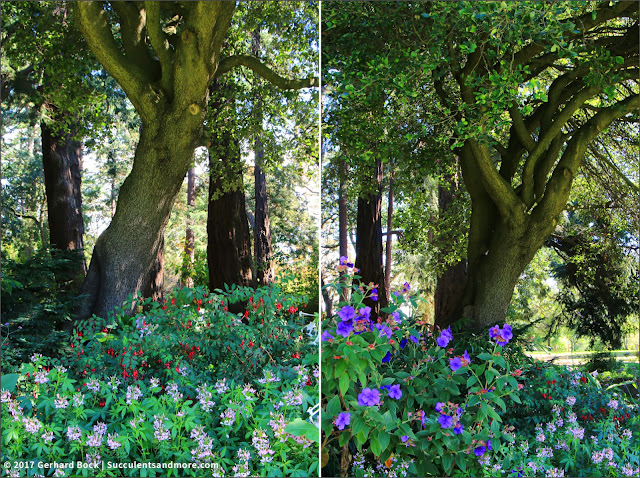 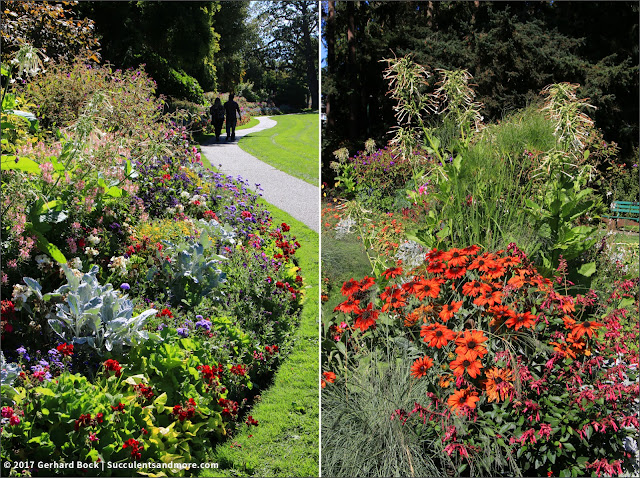 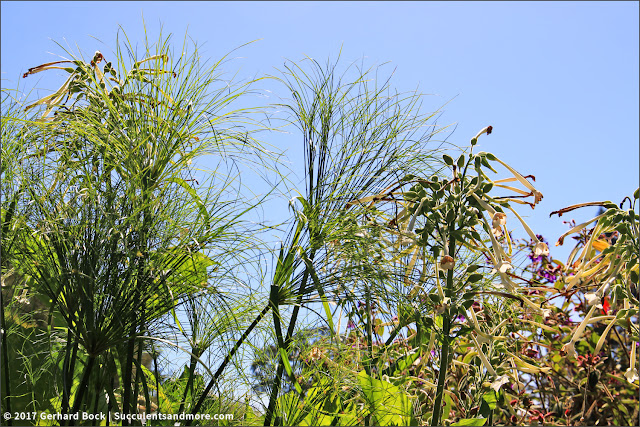 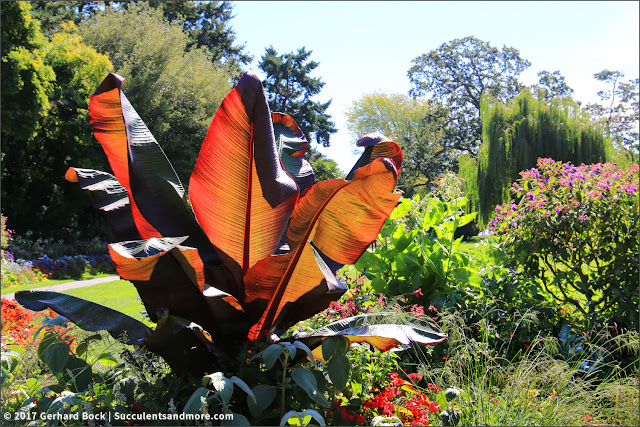 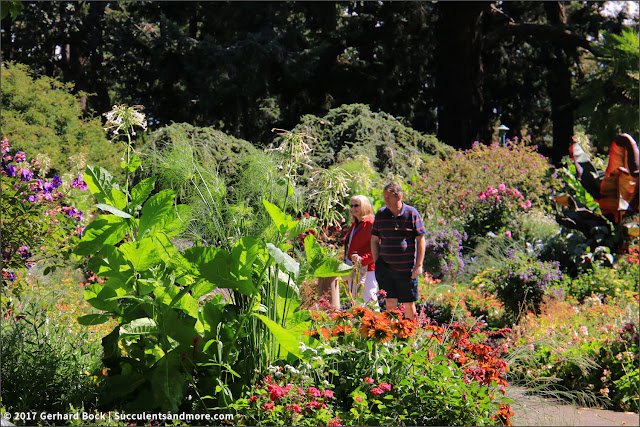 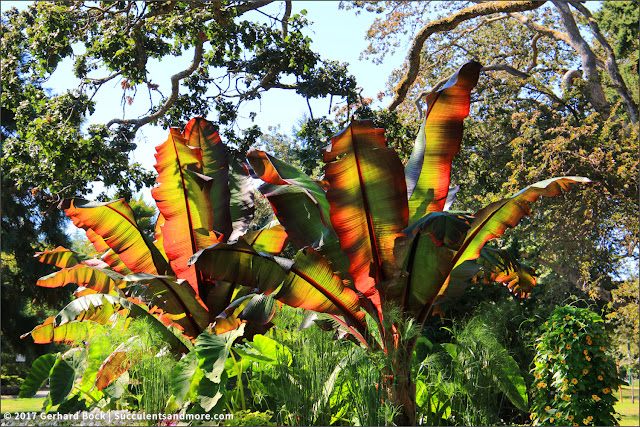 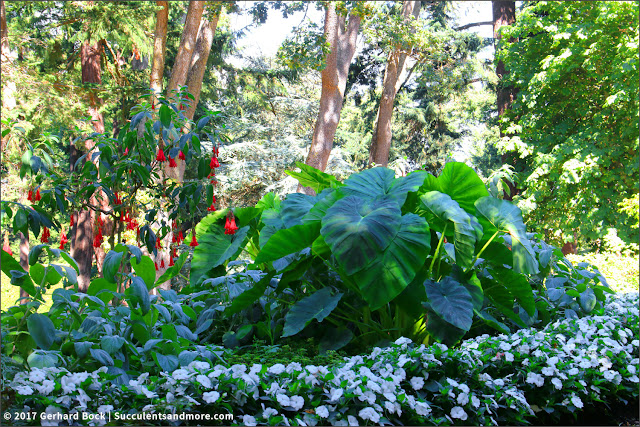 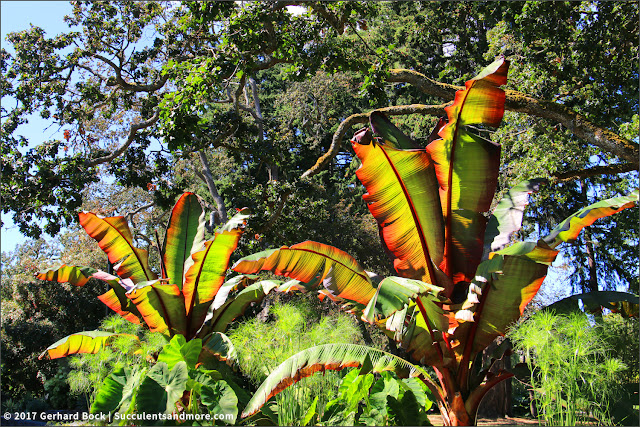 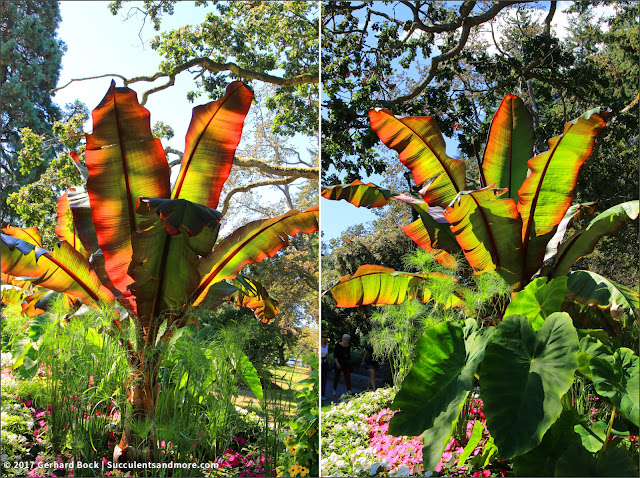 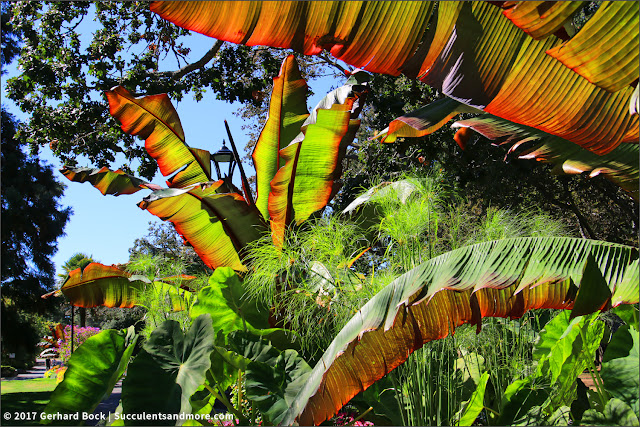 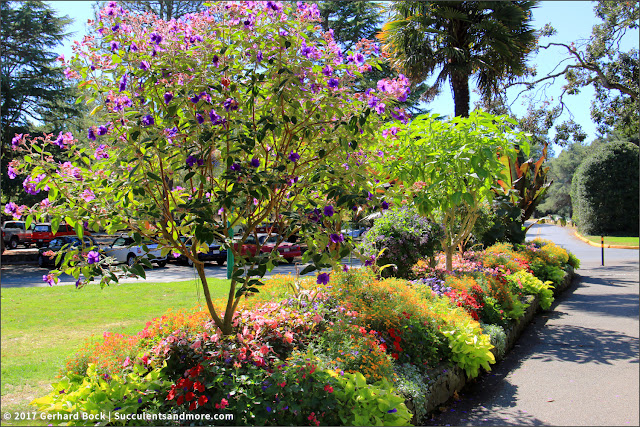 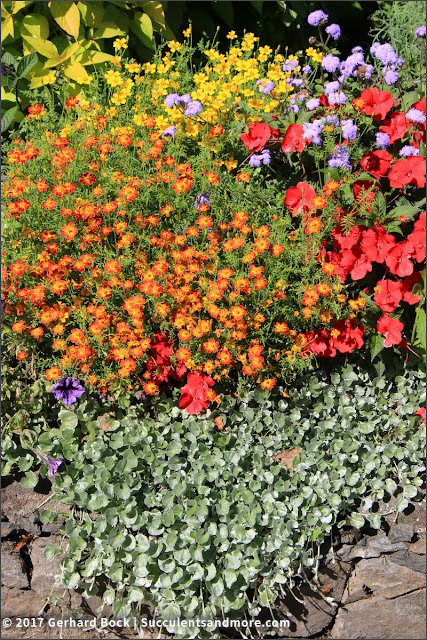 I wonder what Beacon Hill Park looks like right now, in the dead of winter? I have to send daughter #1 to reconnoiter.

POSTSCRIPT: Reader Dan A. from Victoria shed some light on what happens to the sensitive plants in the winter: "There is actually a large greenhouse near Cook Street at the edge of the park where they store all the frost-tender standard plants and perennials."