Palo verde ripped in half

Tuesday night was rainy and so windy that I was uneasy going to bed. I'm sure you're familiar with the feeling: The wind was howling, and you just know that no good will come of it. Still, the worst I expected was leaf litter and general debris everywhere, which indeed was the case the next morning.

In fact, I almost missed this as I was walking the perimeter of our property looking for damage: 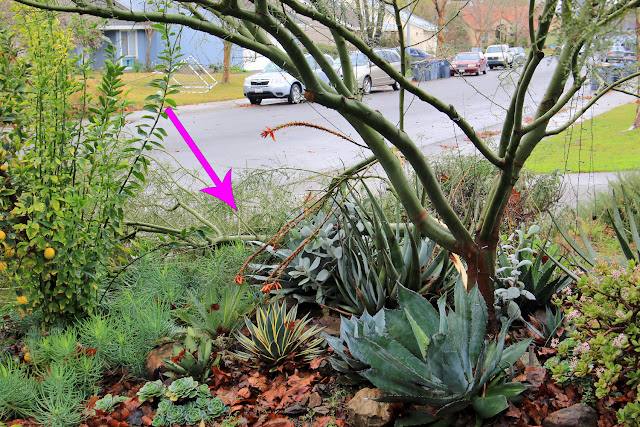 This is standing in the driveway looking towards our neighbor's property. The first thing I noticed was the broken Aloe cryptopoda inflorescence. And then I realized that it was just the tip of the iceberg.

This is what greeted me on the sidewalk: 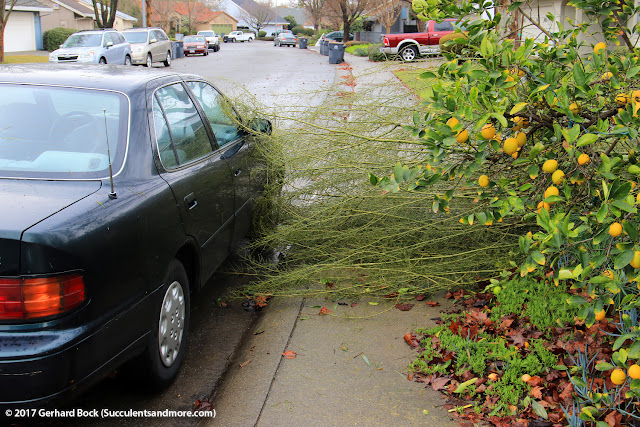 Looking in the other direction: 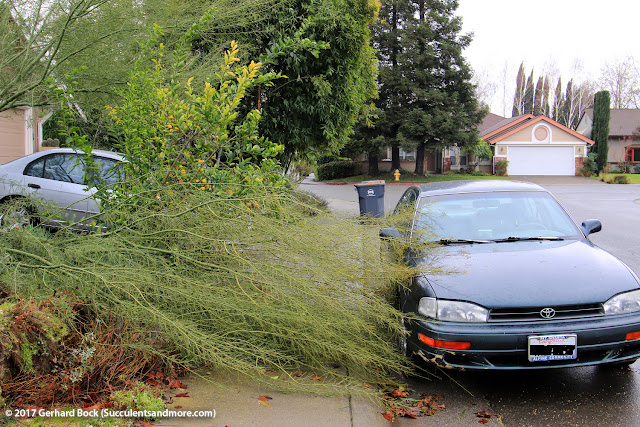 One of the major branches of our palo verde (Parkinsonia 'Desert Museum') had snapped off: 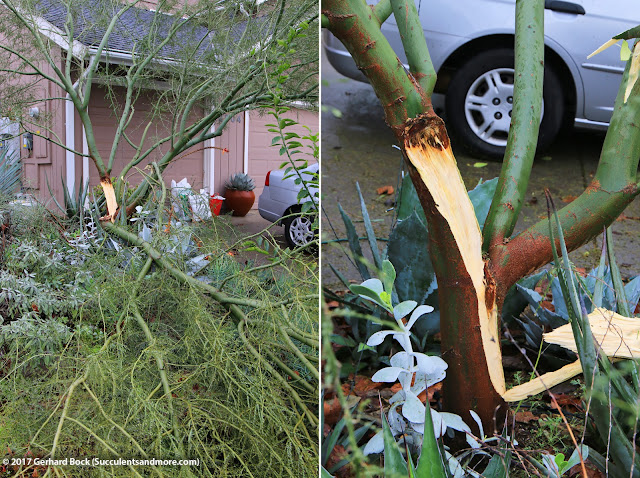 Not just that; it took a good chunk of trunk with it: 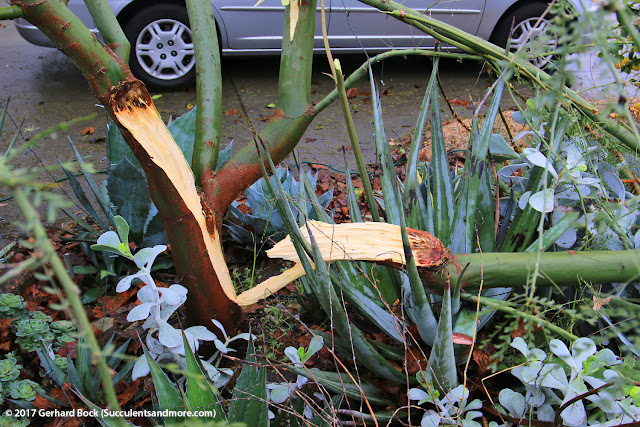 See the brown area at the breakage point? That's what's called "included bark." It can happen on most trees; the only way to prevent it from becoming a problem is judicious pruning. Since we weren't used to the explosive growth of these trees, we didn't prune them as hard as we should have. In hindsight, we should have been much more alert and aggressive. 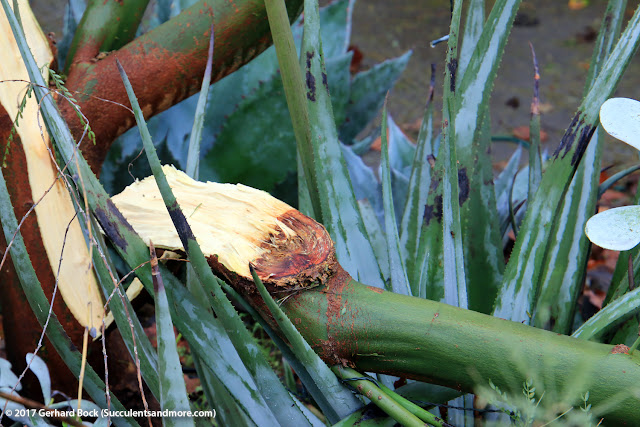 The damage to the trunk seems serious, but I was assured that it probably looks worse than it is. If the vascular system in the trunk is still functional, the tree will survive. I won't do anything for now other than keep my fingers crossed. This is my favorite out of our three palo verdes, and I really want it to live. 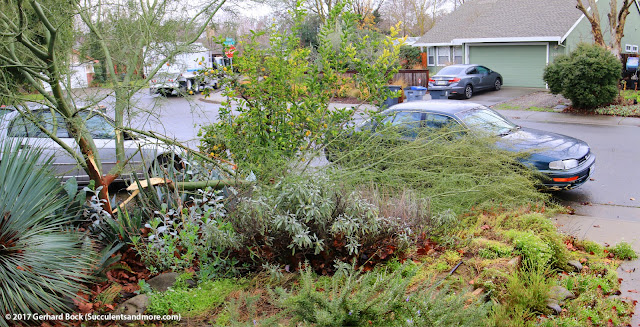 The timing of this incident is unfortunate because right now curbside yard waste is only picked the first Monday of each month (i,.e. the last pickup was the day before this happened). Luckily, our neighbor let us use her driveway to "store" the broken branch until we can chop it up into smaller chunks and dispose of it in our green bin, which is picked up weekly. 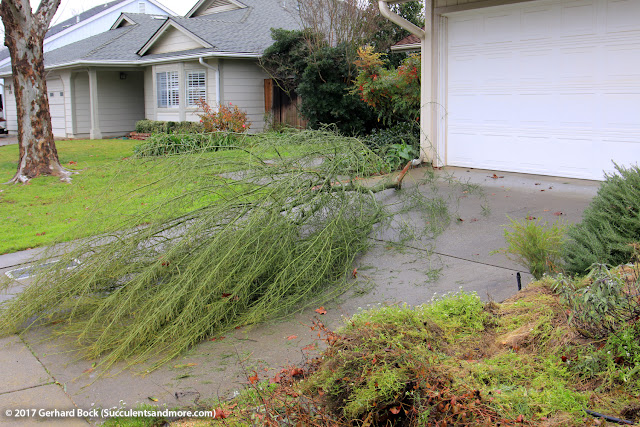 Another fortunate thing: The branch that snapped off only broke one leaf on the beautiful Agave ovatifolia 'Frosty Blue' next to it. It could easily have landed right on top of it and smashed it to pieces. 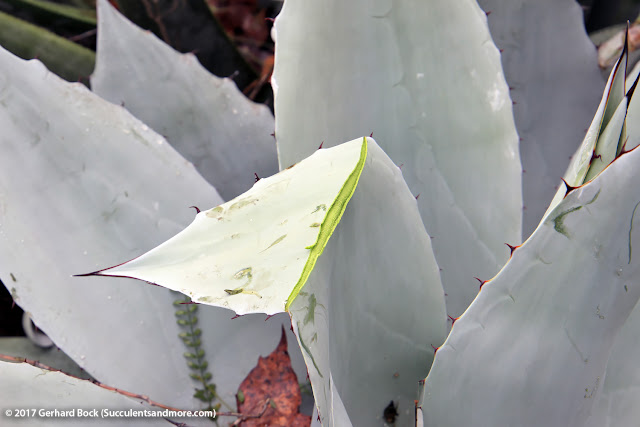