- January 28, 2017
On Wednesday, December 28, 2016 I visited the Arizona-Sonora Desert Museum (ASDM) outside of Tucson for the seventh time. Over the years I've become quite familiar with the park, but there is so much that changes from year to year that I always find something new to get excited about. Plus, who could ever get tired of such a view:

Founded in 1952, the ASDM encompasses 97 acres of Sonoran Desert west of Tucson, 47 of which are developed. According to their website, there are “two miles of walking paths, 16 individual gardens, 1,200 native plant species and 56,000 individual plants.” Judging from the demographics I typically see, I’d say most visitors, especially families, come for the animals (a new aquarium opened in 2013). But I'm sure there are others like me who are there for the plants.

It was mostly cloudy during my visit although the sun did make an occasional appearance. This made for interesting photographs. The light was very "wintry," as you can see here: 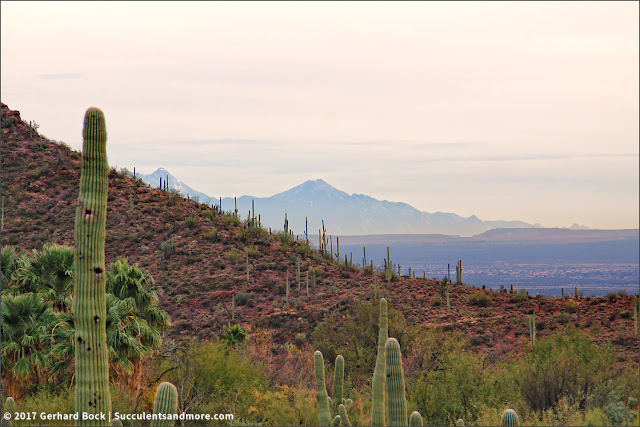 There are a lot of photos in this post, and they are in the order in which I took them. I only had a couple of hours because I arrived in the middle of the afternoon and the park closed at 5 pm. This meant that I wasn't able to do the Desert Loop Trail.


One section of the ASDM I particularly like is the Agave Garden. I've written about it twice before (2012 | 2013). Unfortunately, this is what I found this time: 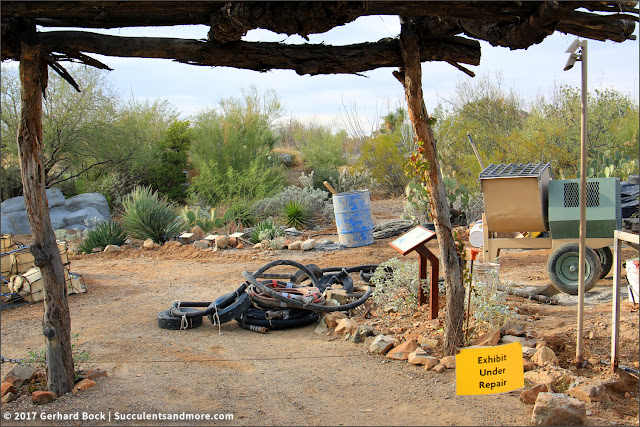 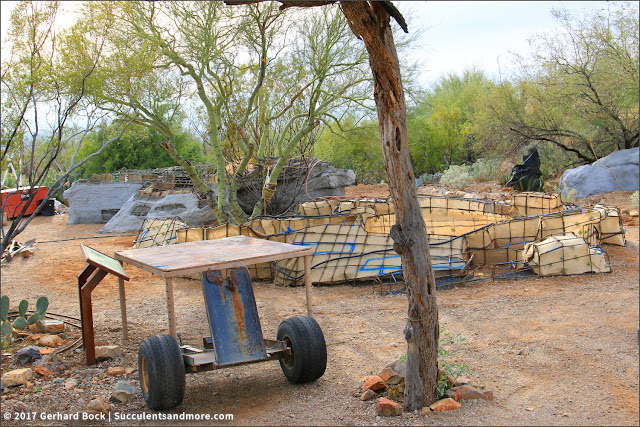 This is what's going on: This is a major redesign of the Agave Garden--a reenvisioning, if you will, centered around a limestone outcropping and other rock features that will be much more dramatic than the old space. And there will be gabion walls, an automatic plus!

Much work remains to be done, but the irrigation is in place: 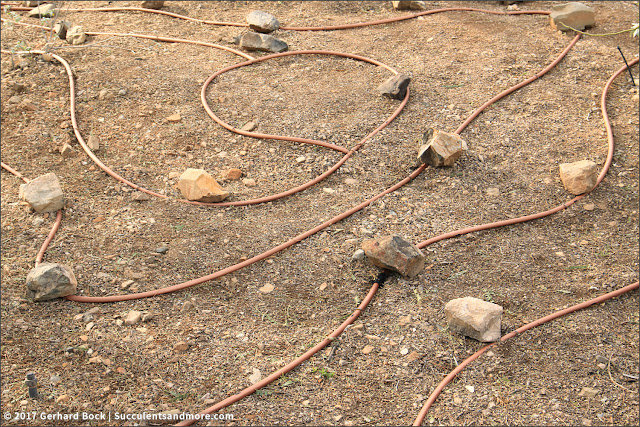 Next I walked over to the Cactus Garden, which seems to have received a bit of a facelift as well. I think these Corten planters at the entrance are a more recent addition: 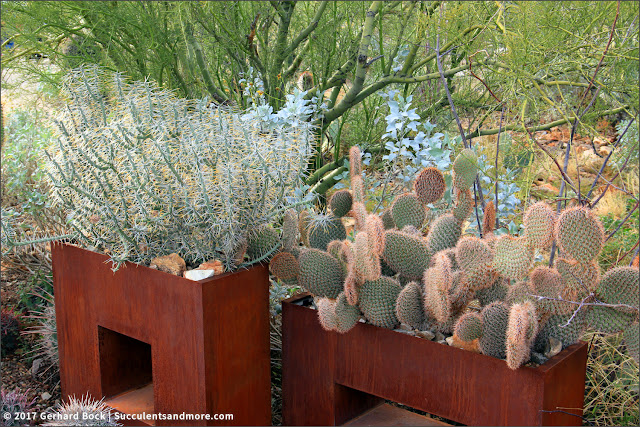 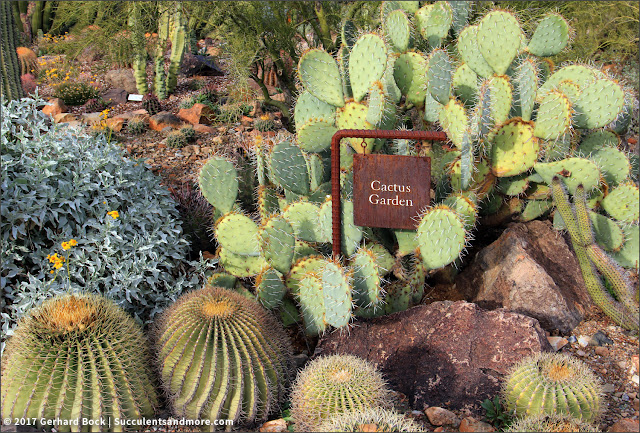 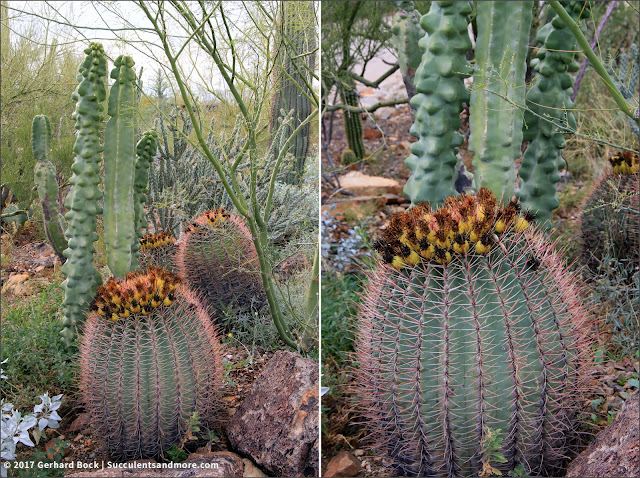 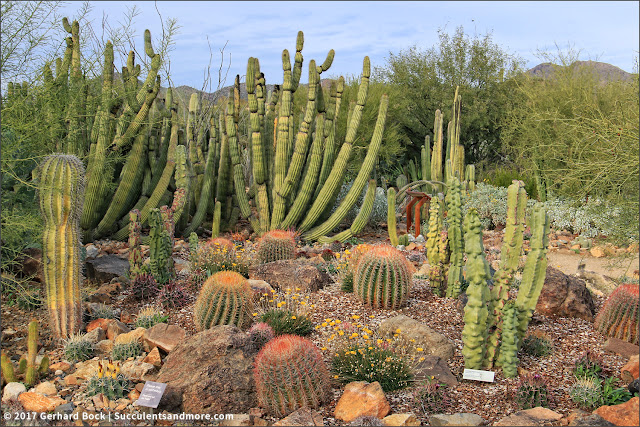 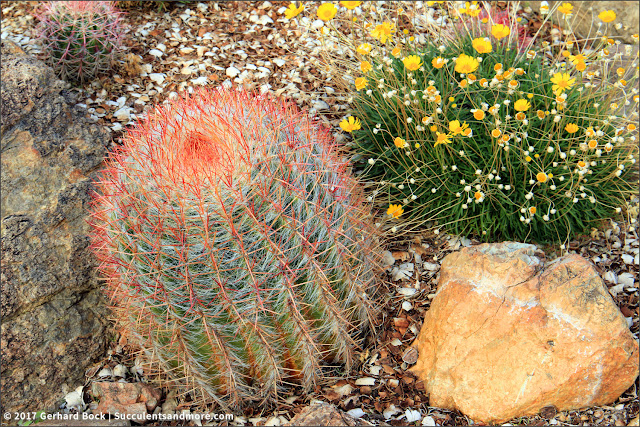 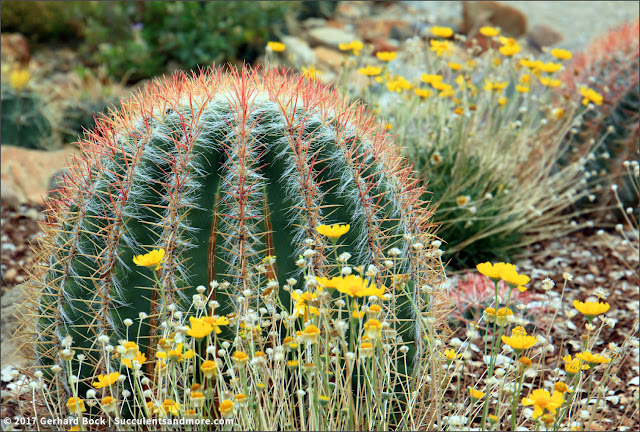 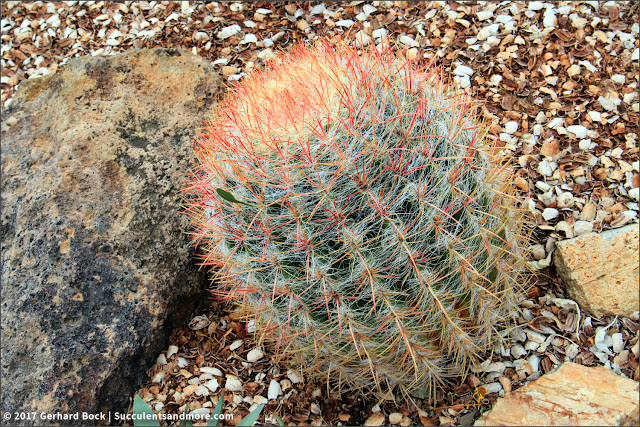 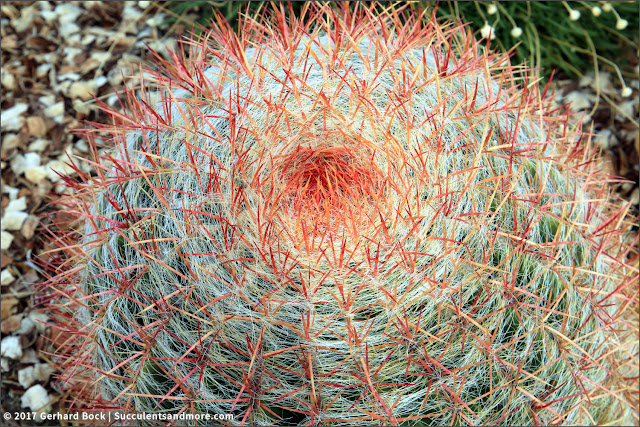 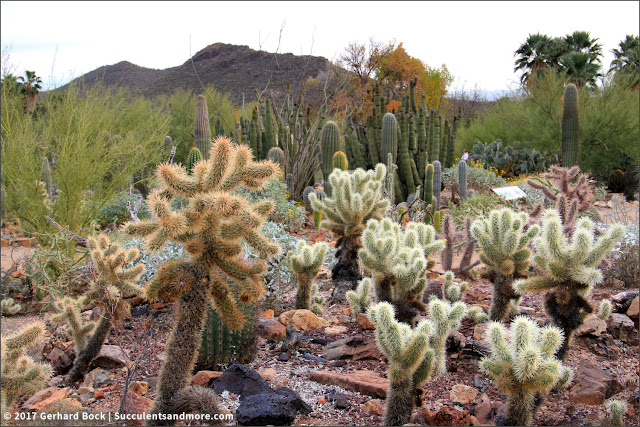 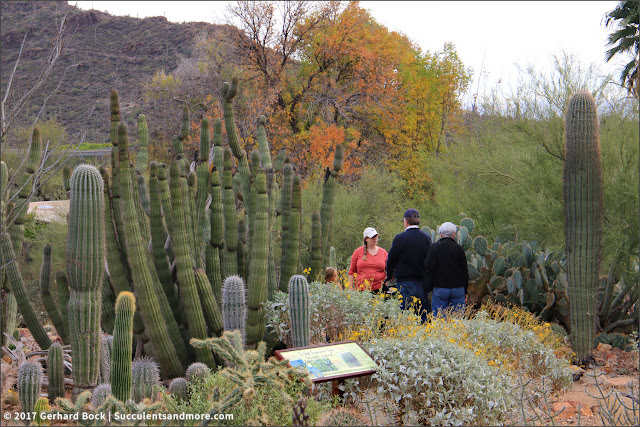 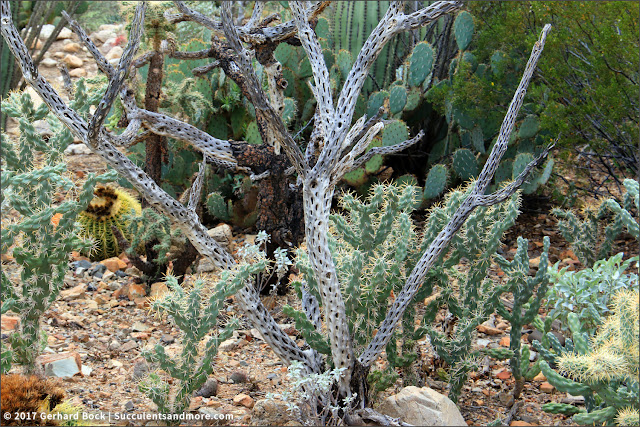 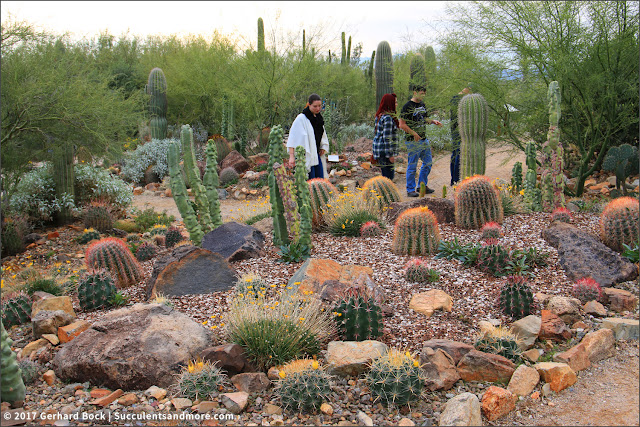 And a few more photos before it's time to go: 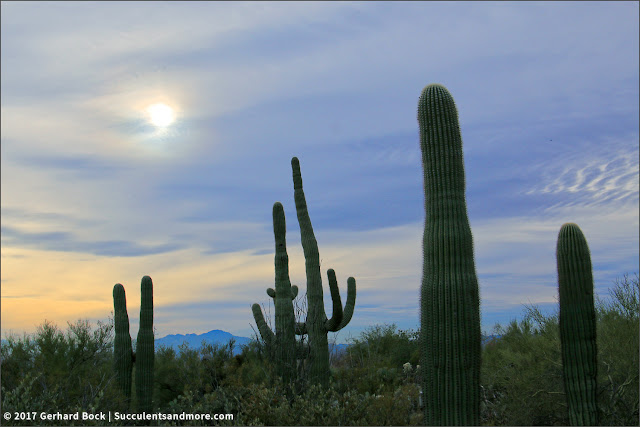 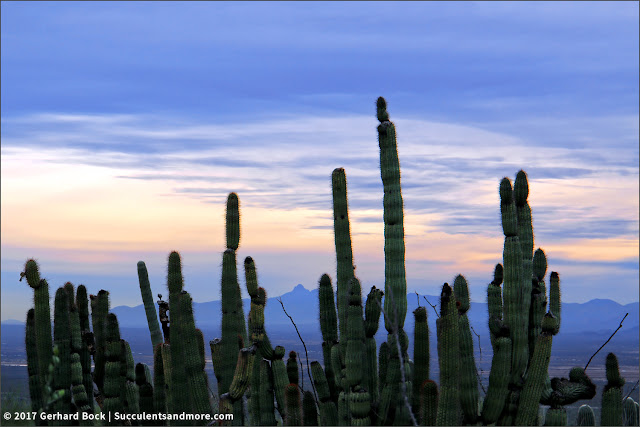 The downside of a winter trip is that it gets dark so early, limiting what you can cram into a day of sightseeing. On the other hand, Arizona winters are wonderfully mild, making it the perfect time to visit.