In part 1 of my post about the Desert Botanical Garden (DBG) in Phoenix, Arizona I showed you the Entry Garden, the Desert Terrace Garden and the Desert Portal (click here for a map). This post will cover the Cactus and Succulent Galleries, the Agave Yucca Forest and the connecting sections in between. Part 3 will cover the Webster Center and Ullman Terrace, the Heritage Garden, and the Center for Desert Living Trail.

I visited on Tuesday, December 27, 2016, and by 11 a.m. I was wishing I had left my hoodie in the car. By mid-afternoon, temperatures had climbed into the low 70s. That's why I love winter in the Arizona desert!

Now we're in the Cactus and Succulent Galleries: 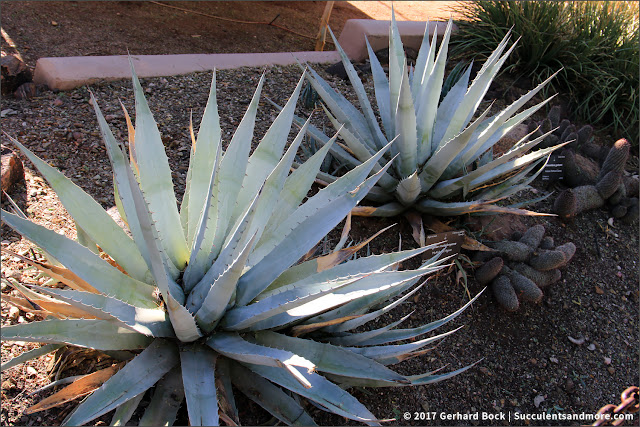 Between the Cactus and Succulent Galleries and the Desert Research and Horticulture Center is a small agave garden packed with many uncommon (and some common) species. If you're interested in the agaves growing at the DBG, check out my detailed two-part post from 2015.


A stone's throw away from this spot is the Berlin Agave Yucca Forest: More agaves growing along the paths criss-crossing the DBG:

And cactus everywhere you look: 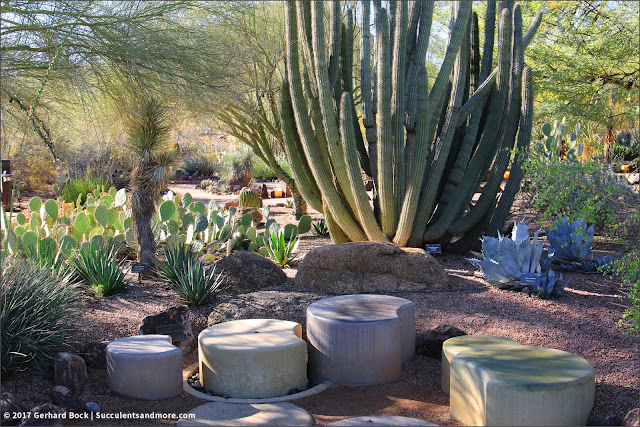 Lots more to come in part 3!