Agave pumila rot—can it be stopped?

- January 31, 2017
Once upon a time, I had a perfect agave I loved very much. While it wasn't exactly rare, it was definitely uncommon, especially at this size. Its name was Agave pumila: 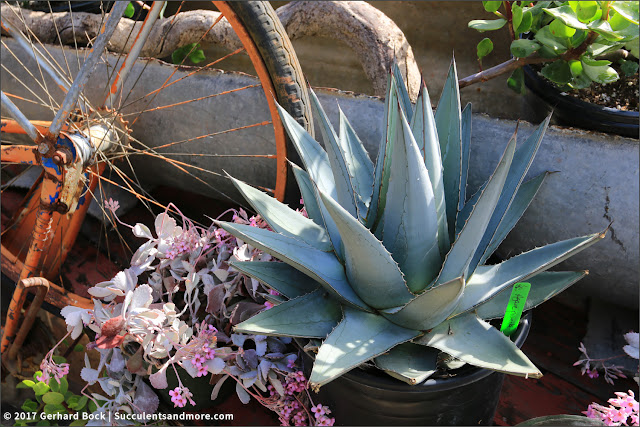 I bought it in March 2016 at Grow Nursery in Cambria on the Central Coast of California and planted it in the ground in the smaller of the two succulent mounds that replaced our front lawn. 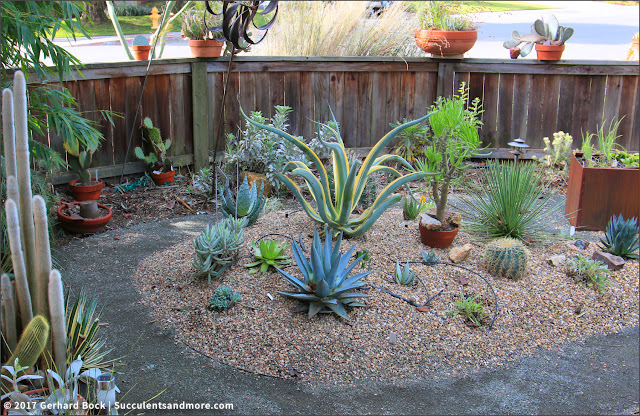 I love how beautifully it contrasts with the variegated octopus agave (Agave vilmoriniana 'Stained Glass') behind it. 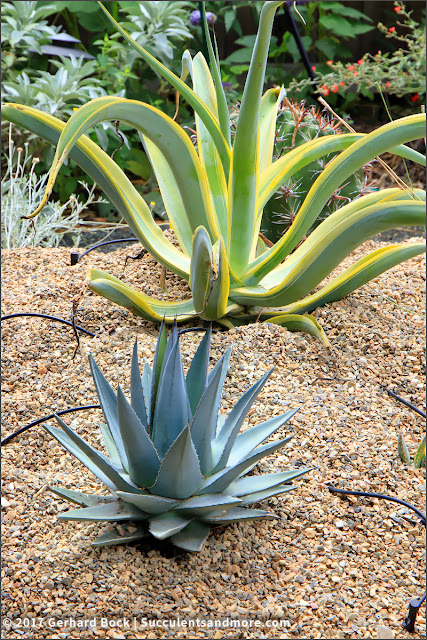 My Agave pumila did great all summer and fall and wasn't fazed by the freezing temperatures we had in December (San Marcos Growers says it's hardy to 20°F).

But earlier this month I noticed that one leaf in the middle (not one touching the ground) was softer than the others. Warning bells went off in my head--rot!--but I was hoping it would stop. But, just like the rain, it didn't.

On Saturday I pulled off the leaf. It actually came off easily and cleanly, but it exposed this: 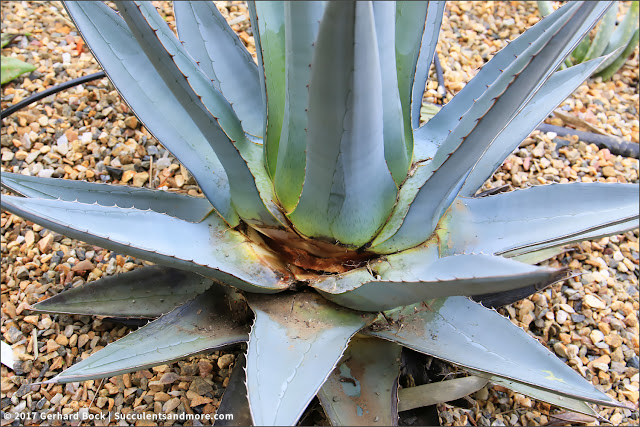 Yep, that was my reaction as well.

I sprayed the wound with a fungicide I had on hand (Daconil; active ingredient: chlorothalonil), hoping for the best but not expecting it. 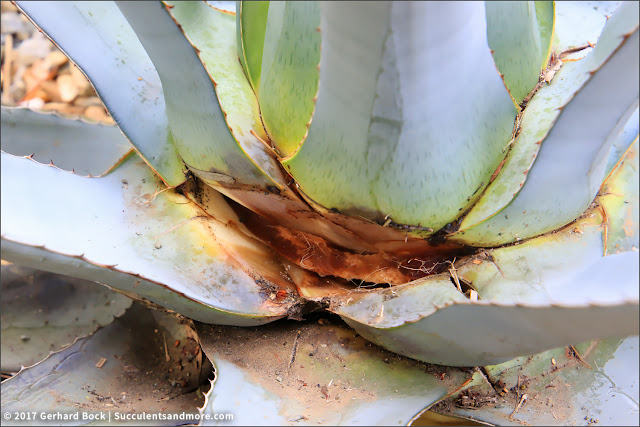 A day later the brown area looks even darker: 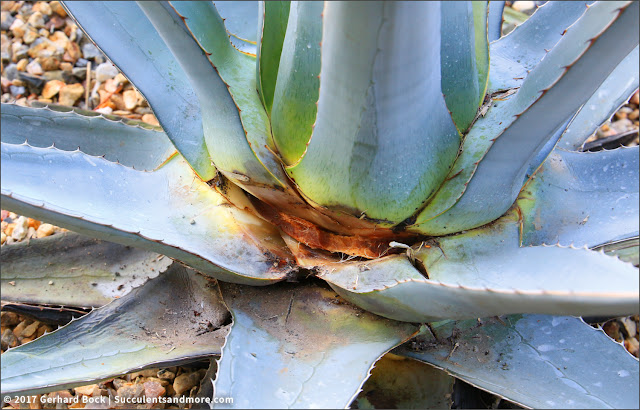 At this point, I don't know what else to do, other than leave it alone. I will definitely cover the whole plant when the next rain storm comes (Thursday) to keep it as dry as possible.

The thing that annoys me more than anything else is that there is nothing to be learned from this. I suspect that somehow the leaf sustained a small injury, allowing rot to set it. Shit happens, as they say. I should also add that I've had agaves that looked far worse, with rot right in the center, that pulled through in the end and outgrew the damage. So I'm not giving up quite yet.

And if this Agave pumila dies, I have a smaller one ready to take its place: 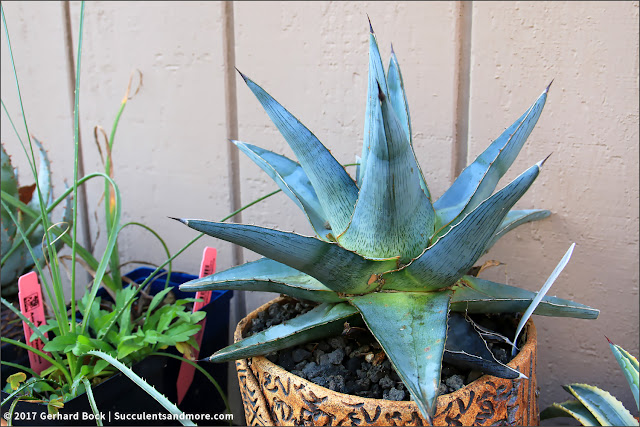 It's still in the juvenile stage, with a tighter rosette and stubbier leaves. As the plant ages--slowly, very slowly--the leaves elongate and the rosette becomes more open. There is no record of Agave pumila ever having flowered, so the only propagation source are the occasional offsets.

In Agaves of Continental Northern America, Howard Gentry speculated that Agave pumila might be a natural hybrid between Agave lechuguilla and Agave victoria-reginae. This agave is only known in cultivation; no plant has ever been found in habitat. The juvenile stage lasts about 8-12 years, or possibly indefinitely if the plant is confined to a small pot. In a larger container, and definitely in the ground, the plant transforms into what you see in the photos above.
agave Agave pumila disease fungus rot
Location: Davis, Kalifornien, USA