Today is Memorial Day. and as is often the case here in the Sacramento Valley, it’s hot. The forecast calls for 98°F this afternoon. But that’s just the beginning: 107°F by Friday! That’s 42°C for you metric folks.

The garden I’m showing you today is hot, too, but for different reasons. It sizzles because of its specimen-quality plants and its masterful design by Morro Bay-based Gardens by Gabriel, Inc. The house itself is pretty sweet, too.

This garden is located in Morro Bay on California’s Central Coast and is owned by Vince and Janet Marino. I visited it on our last day of our spring break vacation, and it was standout even in a town where succulents play a prominent part in public and private landscaping.

My wife had found this article while she was doing pre-trip research. A friend of a friend had visited the garden and told me which street it was on. I tried to be as conspicuous as possible when taking these photos in hopes the homeowners might come out to see what I was doing. Unfortunately, they didn’t seem to be home. I would have loved to talk to them about this beautiful slice of succulent heaven.

On the other hand, plants don’t need anybody to speak for them. They are perfectly capable of representing themselves. 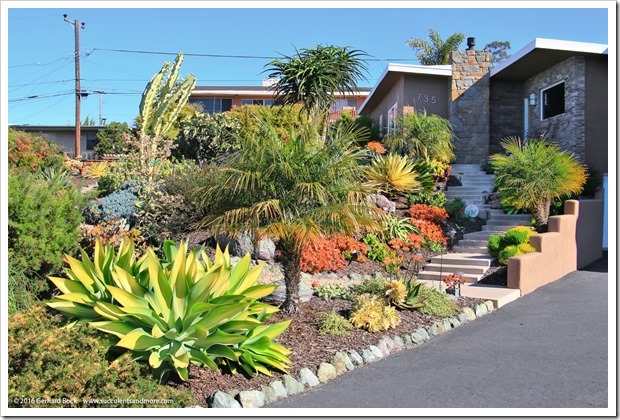 My favorite method of planting succulents is to create a mound. No need to do that here. This front yard is sloped so it essentially is a huge mound. In addition to the drainage benefits this brings, it also makes it much easier to see all the plants since the viewing plane is tilted upwards. 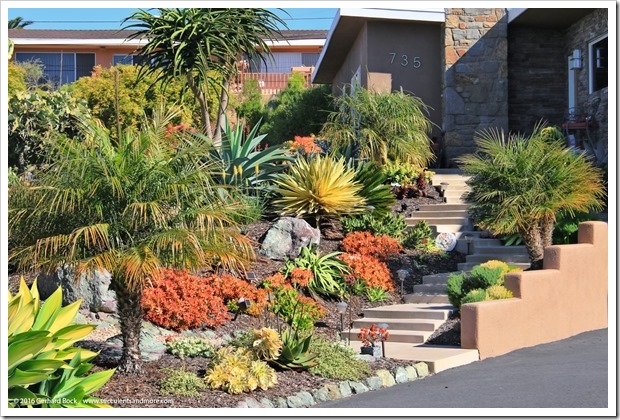 This front yard packs an impressive variety of succulents and other plants (palm trees, perennials and South African and Australian shrubs) into a relatively compact space, and they’re easy to see and admire right from the street. I live in a place that’s completely flat. I’m referring not just to our property but to the entire city of Davis. The highest points in town are the freeway overpasses—not counting a few of the taller structures on the UC Davis campus. For that reason, I’m drawn to towns with hills (here’s looking at you, Santa Barbara!) and to gardens with slopes, or at least a modicum of rise and fall in the terrain. 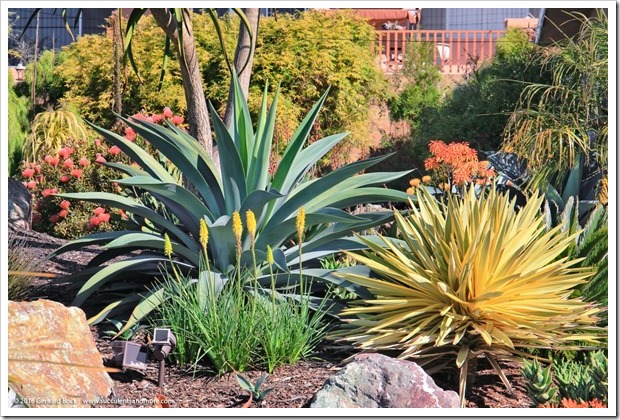 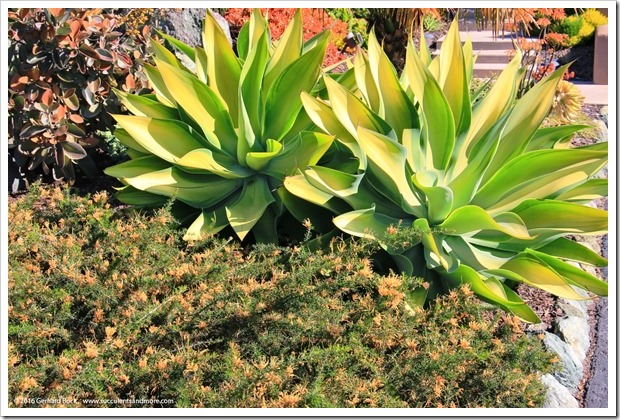 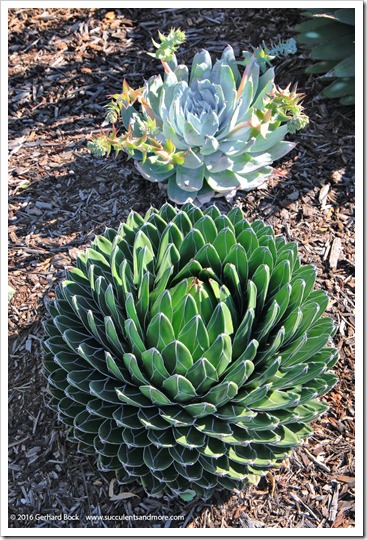 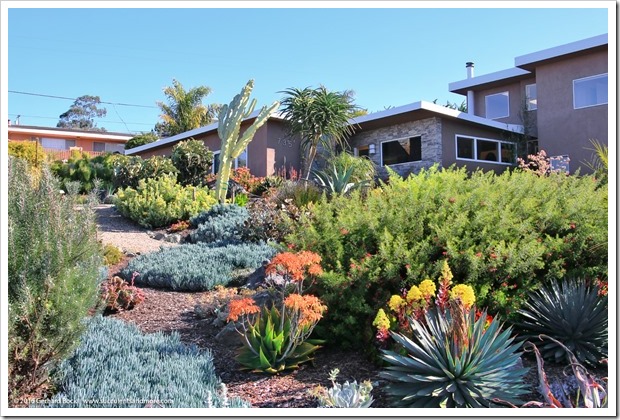 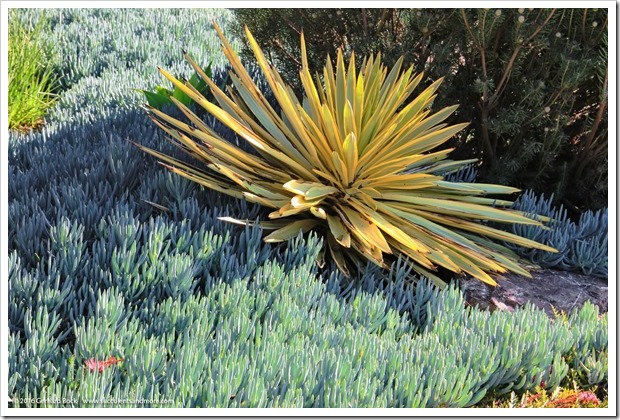 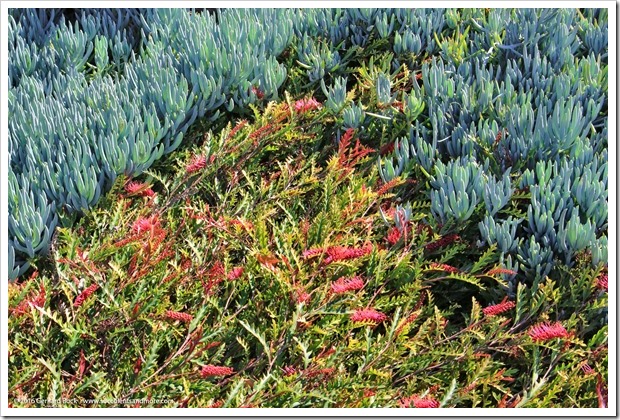 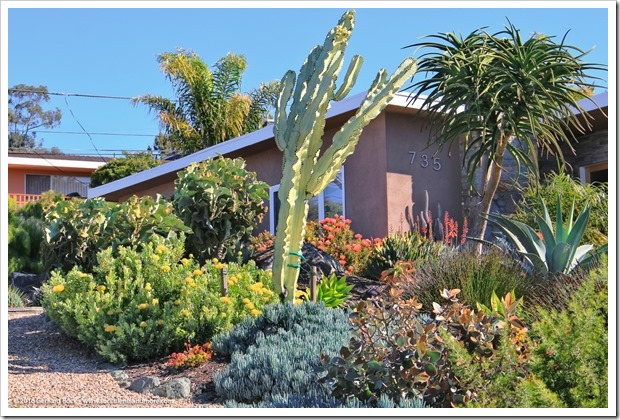 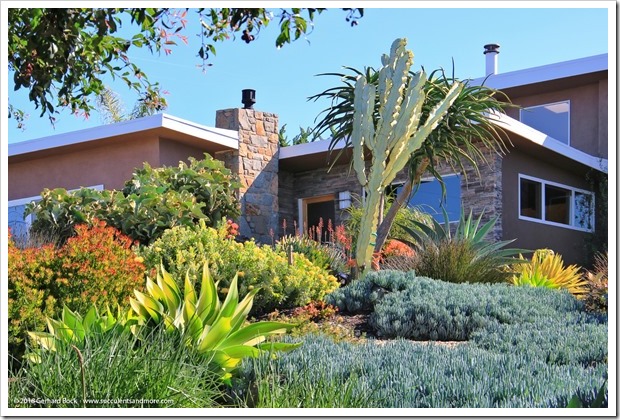 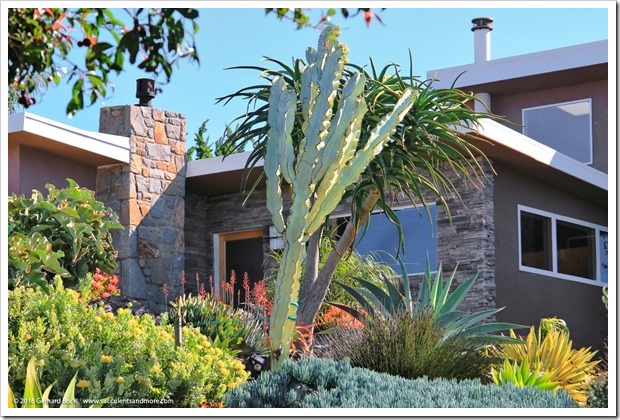 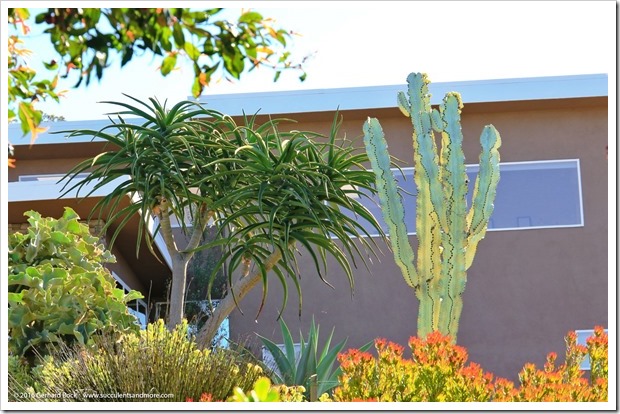 I love the Aloidendron and Euphorbia ammak ‘Variegata’

The final group of photos are of a smaller planting island in front of the garage. It features several queen palms (Syagrus romanzoffiana) underplanted with agaves and other succulents, with some flowering perennials thrown in for added interest. 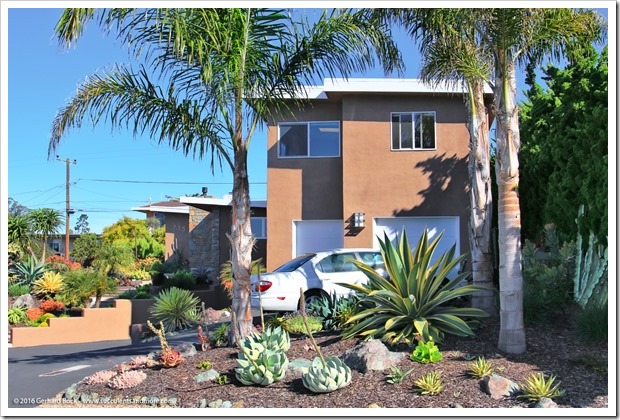 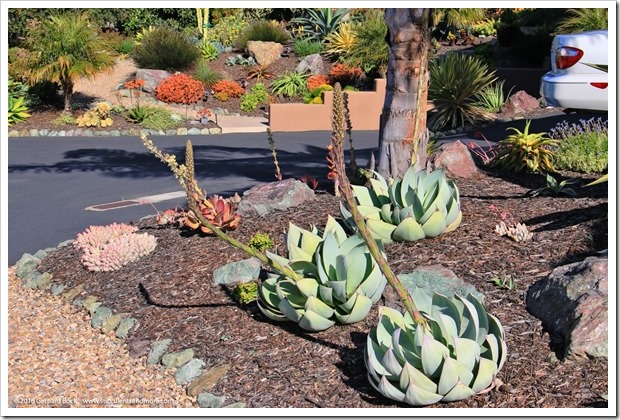 Agave mitis var. albidior; several of them starting to flower 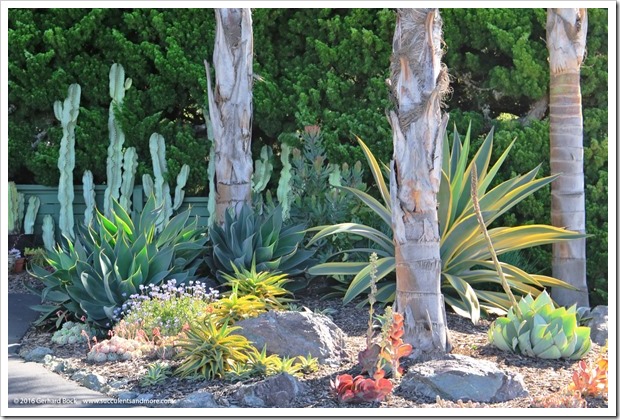 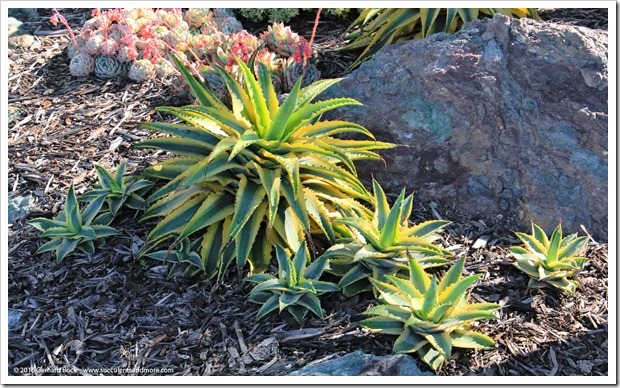 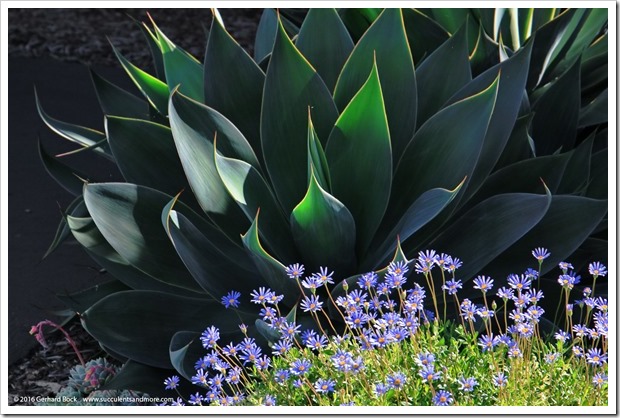 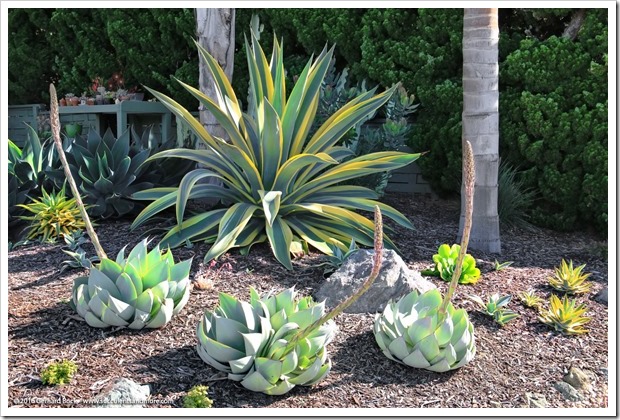 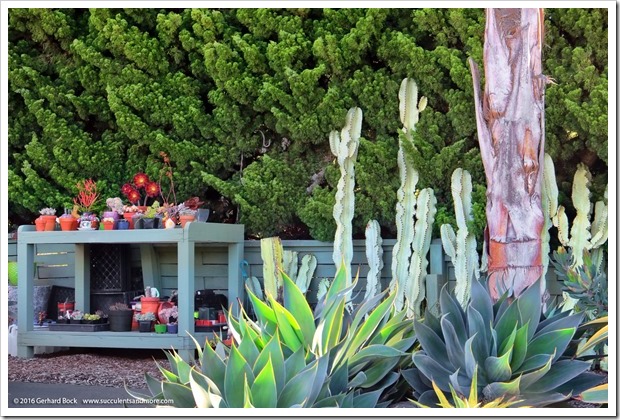 Up against the hedge I spotted a potting bench with more succulents, possibly waiting to go in the ground… 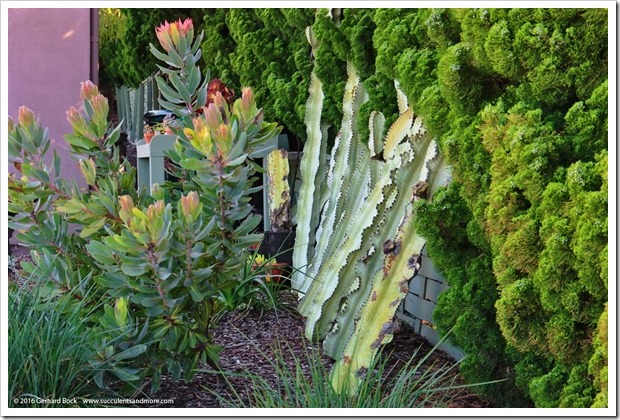 Gardens by Gabriel’s portfolio features many other stunning succulent-heavy gardens. I’m hoping I’ll be able to visit some of them on future trips.