In February we finally removed the front lawn and replaced it with two succulent mounds surrounded by decomposed gravel walkways. The rock we had originally chosen as the top dressing, California Gold, ended up being too pink for our taste. I started to dig it into the soil to a) improve the drainage even further, and b) make as much of it disappear.

In the three months since then I continued to look for a rock we might like better. I never found what I really wanted—something you might see in the desert, with sharp edges (no rounded gravel), in darker earth tones—but none of the rock yards in your area carry what I had envisioned. Unfortunately you can’t simply log onto Amazon and order a cubic yard of the rock product of your choice!

With summer just a stone’s throw away, I was eager to get a top dressing on to lock in as much moisture as possible after watering and keep the roots cool. After initially leaning towards a bluer stone, we finally opted for a product called “crushed Lodi rock.” Lodi rock is a rounded gravel, but the crushed 3/8” variety has a nice sharp edges. As you can see in some of the photos below, the colors range from light yellows all the way to dark blues and grays. The overall look is a grayish beige.

Here is what the beds looked like yesterday morning (“before”): 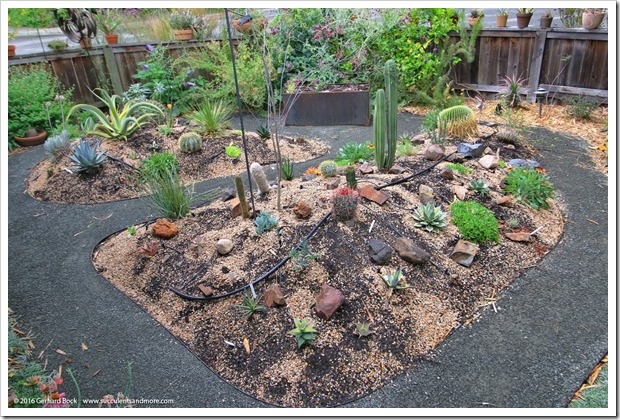 The rock was delivered in the afternoon: 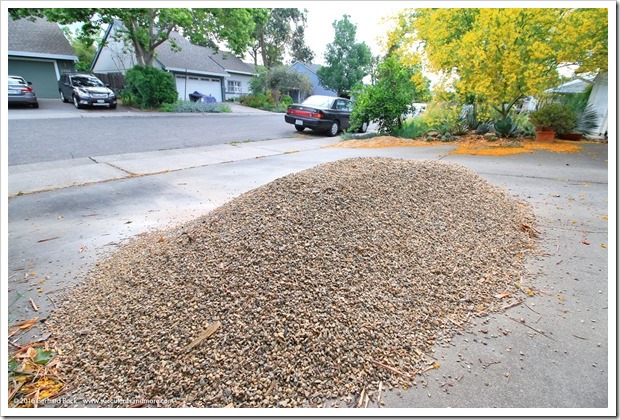 We went to work right away, taking a break during a rain shower (yes, we had some rain!) and finishing in the early evening.

Here are the “after” photos. Most of the rock is wet so it looks darker. The lighter patches are dry rock from the bottom of the pile where the rain hadn’t penetrated. 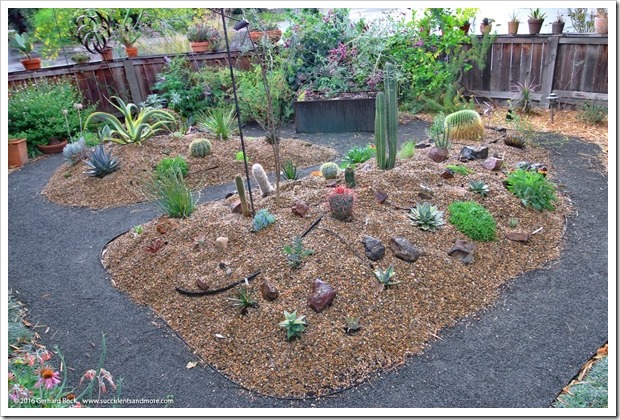 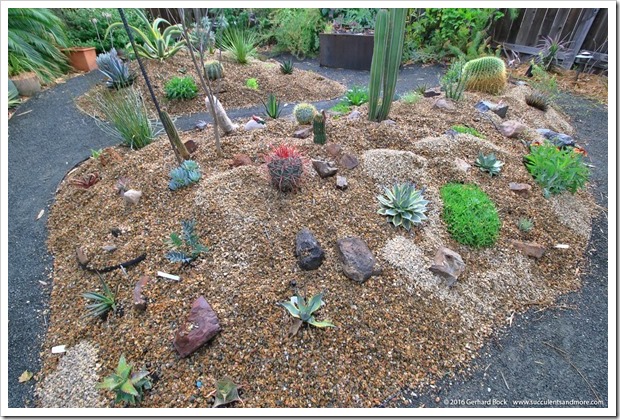 In the next photo you can see the color variation. Again, remember the rock is wet so the colors aren’t as vibrant when dry. 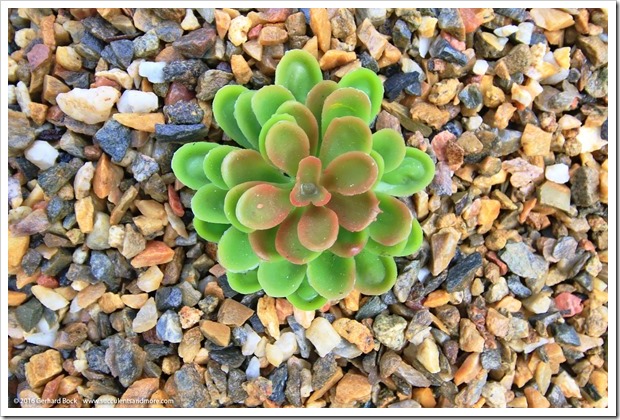 Do you notice anything funny about the plant in the photo above? It was a surprise gift from my wife and older daughter. What succulent do you think it is? Let me know in the comment section.

Surprise #2 from my wife and daughter: 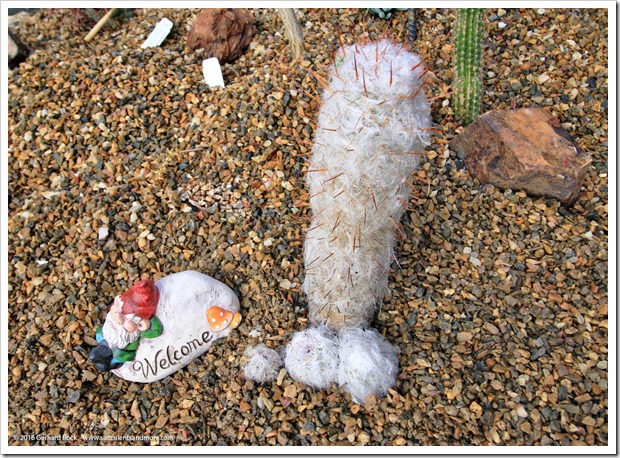 Old Man of the Andes cactus (Oreocereus trollii). It’s obvious that it’s a male, isn’t it? 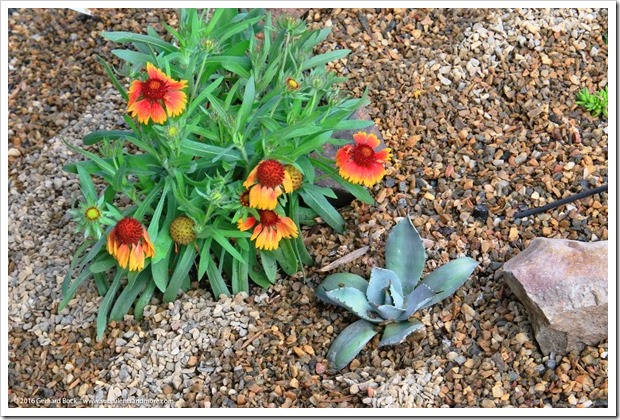 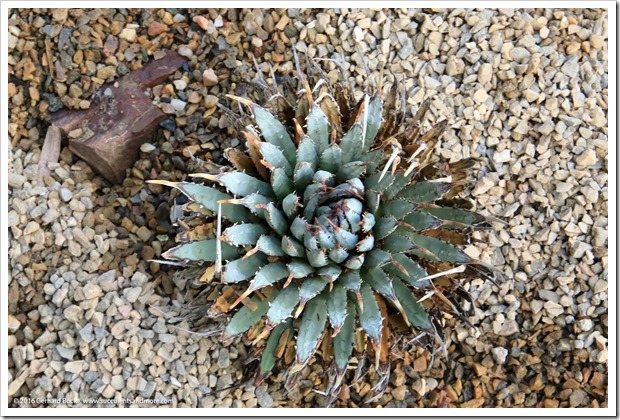 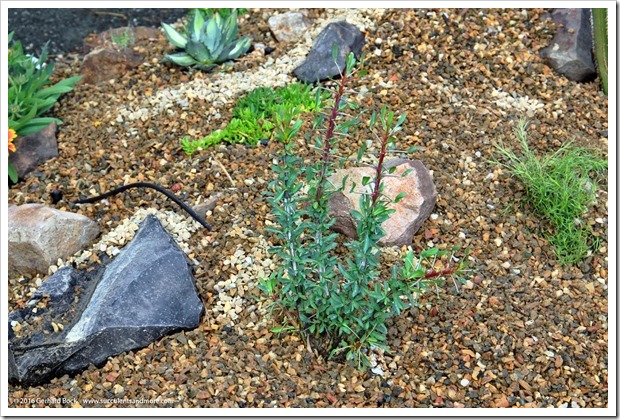 Ocotillo (Fouquieria splendens) is very happy in this spot, as evidenced by all the new growth 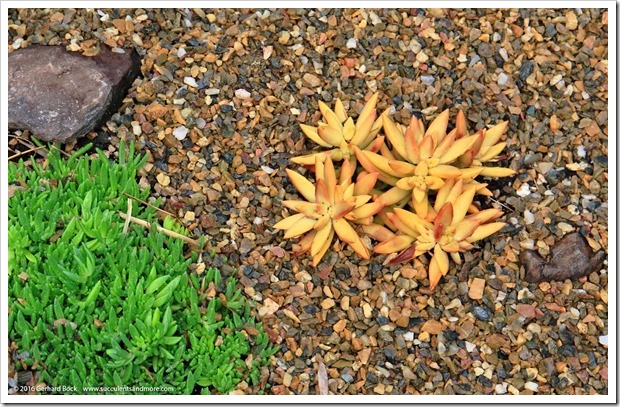 Sedum nussbaumerianum ‘Coppertone’, a more recent addition. It looks so great, I will add it in several additional places. 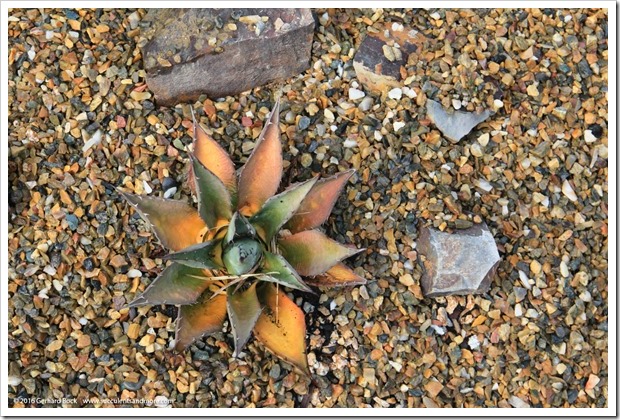 Agave gracilipes looking interesting. This is not the color of happiness, though. It’s severely stressed, and I’m not entirely convinced it will make it. 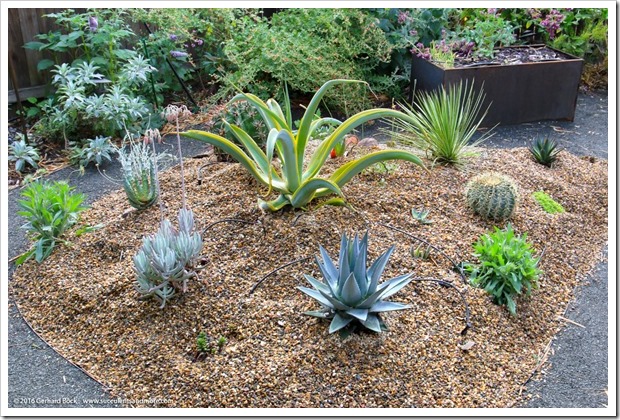 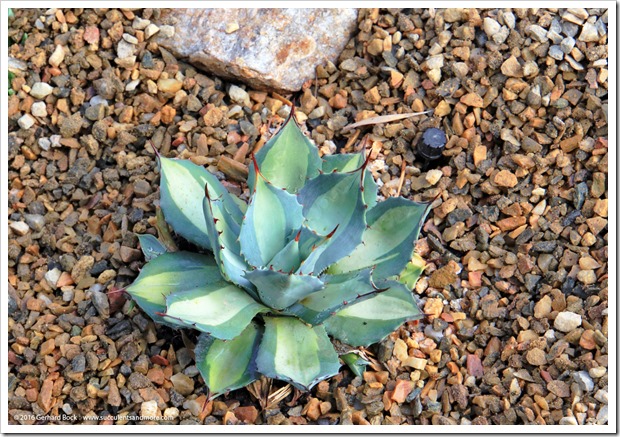 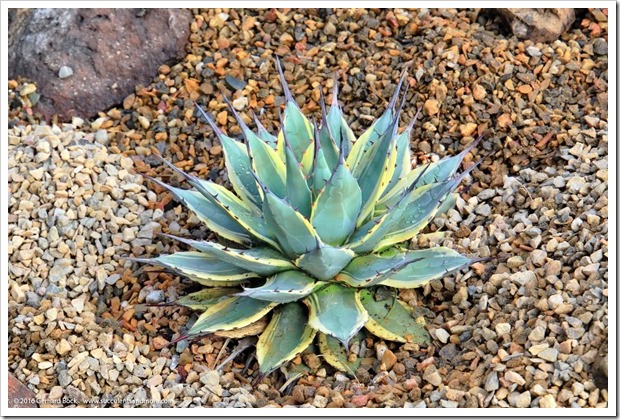 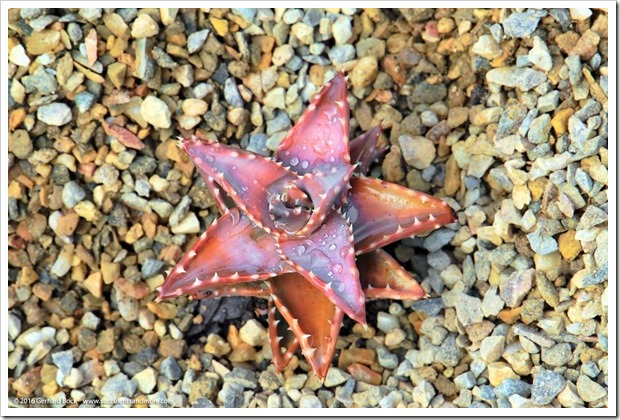 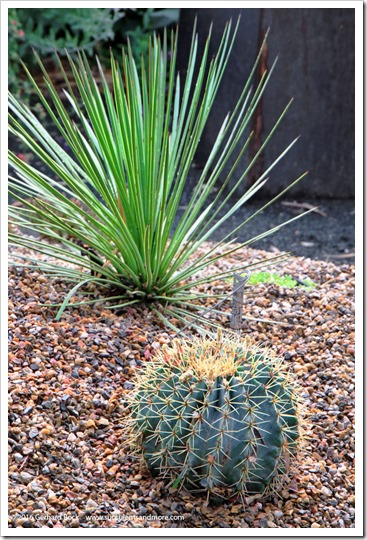 The photos below were taken today. The rock is dry and much lighter in color. Bear in mind that it’s still very dirty. After a good rain storm or two it will look more contrasty and colorful. 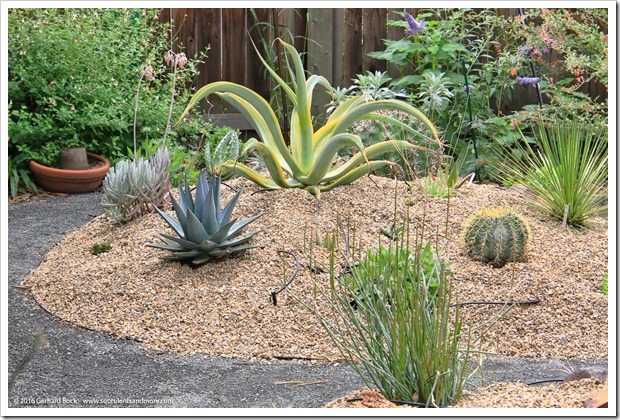 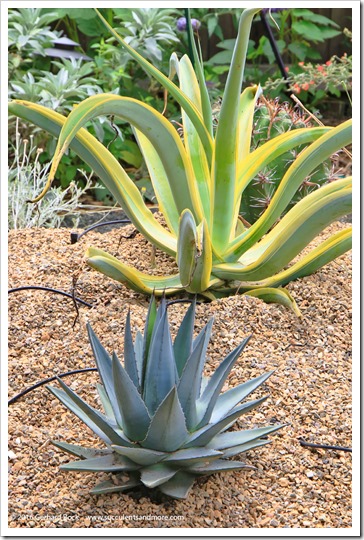 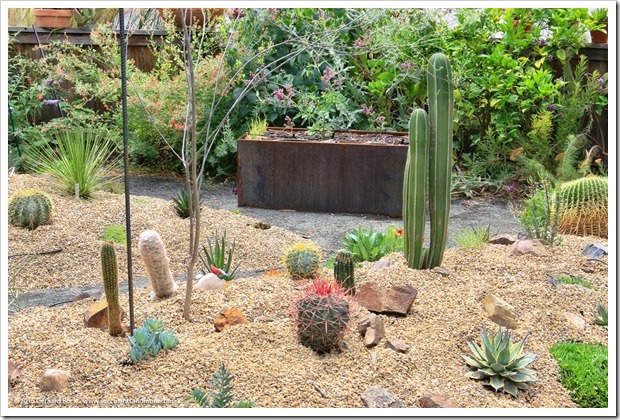 Both mounds looking towards the Corten planter box and the fence 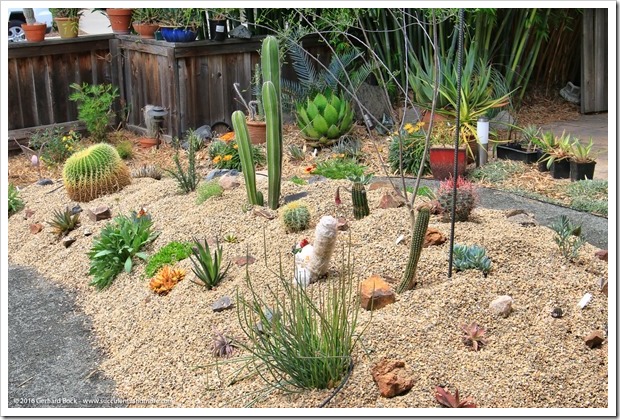 We had quite a bit of rock left over after covering the two mounds. It went into various places outside the front yard fence to mulch recently planted succulents as well as into the back yard where there were many few bare spots. I’m very happy about these unexpected improvements!

I’m still hoping to add larger rocks in between the plants. Again, we’re limited to what local rock yards carry (nothing that has tempted me so far) and/or what I can haul home from our trips.

One other benefit of having both mounds completely mulched: I’m better able to judge whether the plant density is right or whether there’s room for more plants. I’ve come to realize there’s quite a bit of room left. Yes, the plants that are there now will fill in but that will take time—years, in many cases. I don’t want to stare at that much gravel until then. I’d rather get more plants in the ground now and “thin” them as needed over time.

I certainly have lots of plants in pots that are only too eager to spread their roots in the ground!