For me, cactus flowers are among the most beautiful sights in nature. Often large and remarkably detailed, they typically require so much energy to produce that they only last for day or two.

The genus Echinopsis, one of the largest, most amorphous, and most contested in the Cactaceae family, arguably has the most spectacular flowers.

In recent years, my cactus preferences have veered towards barrel cacti, grown primarily for their shape (their flowers are usually small and, as far as cactus flowers go, not that impressive). But when we replaced our front lawn with succulent beds this February, I planted out a few neglected Echinopsis that had been languishing in a shallow bowl on the front porch. Marred by sunburn and uneven growth, their stems weren’t pretty but I was hoping their flowers would make up for it.

This morning, the first flower opened up. See for yourself. 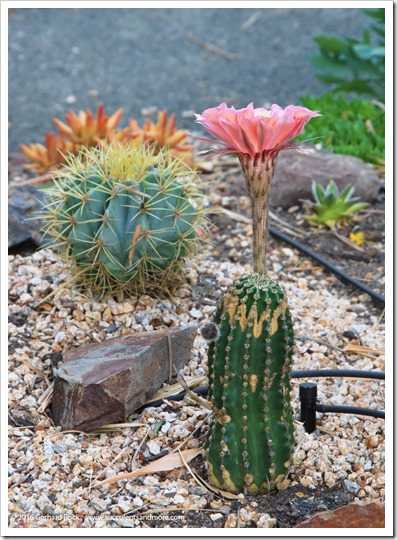 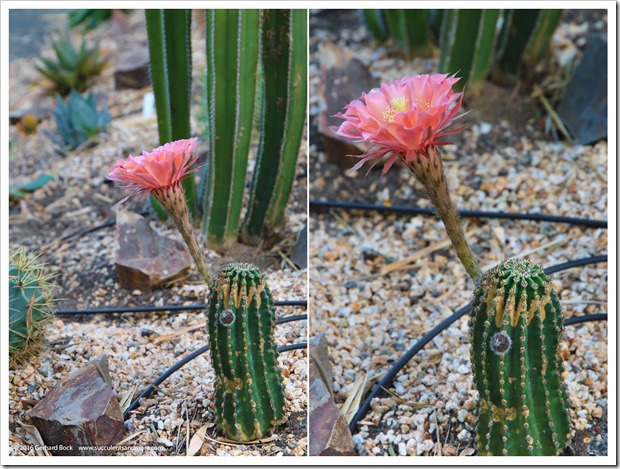 I’m not a big fan of pink, but I love shades of salmon. 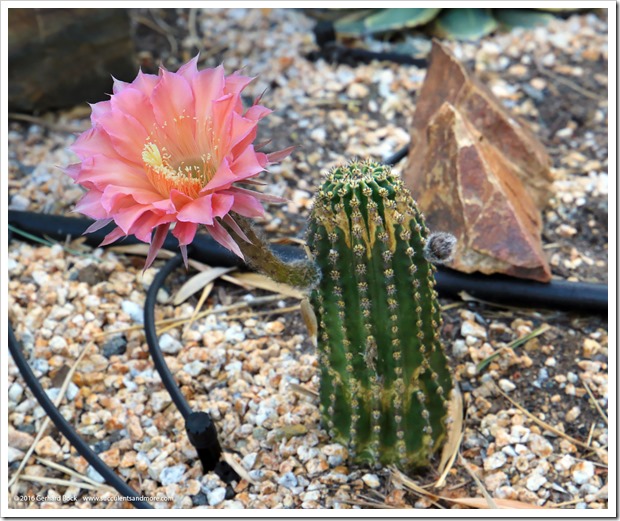 This Echinopsis sure fits the bill! 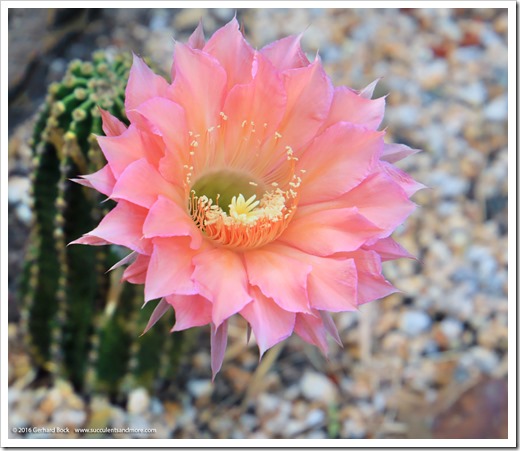 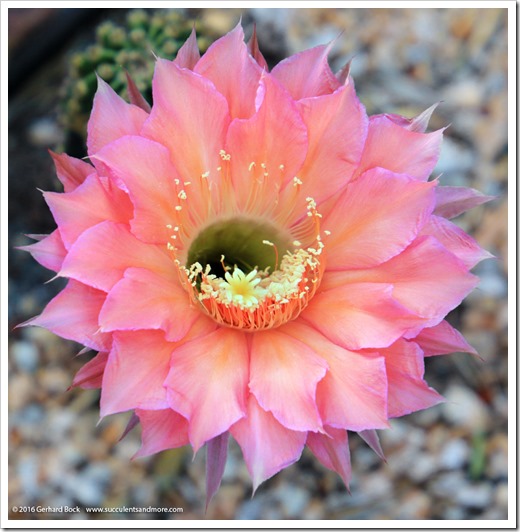 Here is the second of the Echinopsis that had been languishing in a bowl on the front yard. It’s taller (14 inches) and it, too, has flower buds. It’ll be a few weeks yet before they open. If memory serves, these will be a rich red. The tag is long gone so I don’t know what species or hybrid it is. 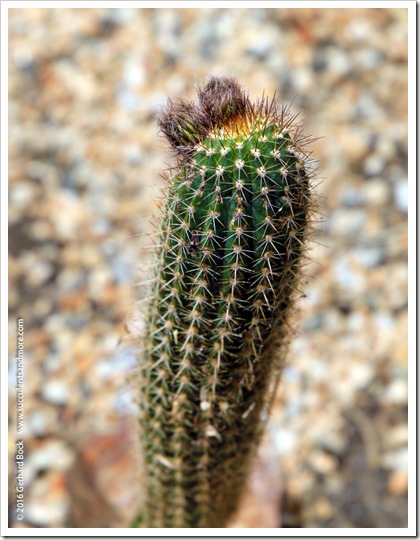 Earlier this spring I bought a third Echinopsis from the UC Davis Botanical Conservatory. For this one I still have the tag. It’s a hybrid called ‘Forty-Niner’ (after the California Gold Rush pioneers), and it will be yellow. The stem is tiny—not even two inches tall; see below next to a quarter—but it, too, has two buds. Amazing how much vigor these cacti have! 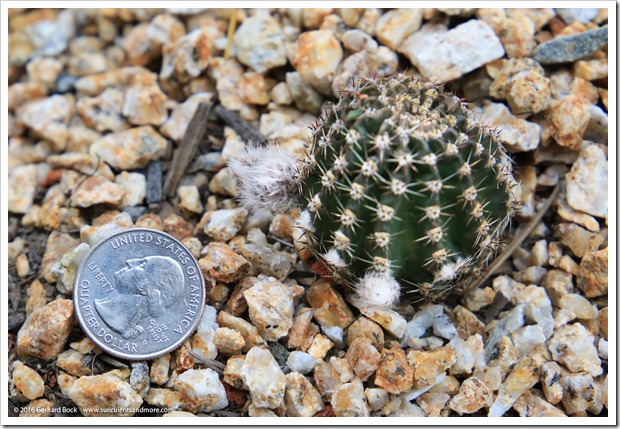 I’ll post photos of #2 and #3 when their flowers have opened up.

These Echinopsis, by the way, get anywhere from 4-6 hours of full sun every day. Unlike many other cacti, Echinopsis are just as happy with more shade.

My favorite Echinopsis cultivar is ‘Flying Saucer’. The Ruth Bancroft Garden has a clump planted along Bancroft Road, and it’s a showstopper every spring: 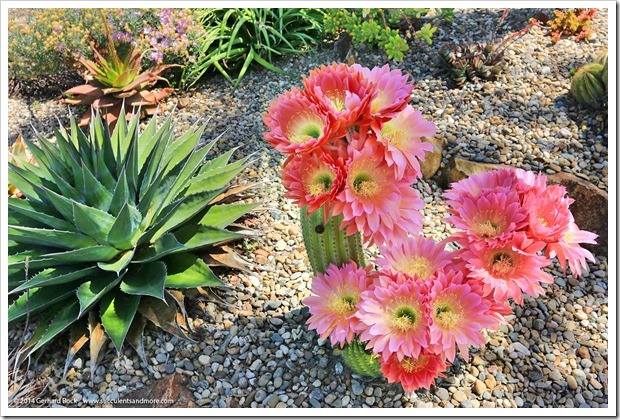 Maybe what I have is ‘Flying Saucer’? The flower color sure is similar!